“Oh! Oh! Fluttershy! What about me? What do I do?” Pinkie interrupted the moment.

“I don’t know, Pinkie, go… turn your sisters at the Rock Farm?” Fluttershy mentioned with a hand wave.

It had been a long time since Pinkie Pie visited her sisters. News of her disappearance must have made them super duper uber sad, like going a whole twelve hours without throwing an awesome party! One would think pinkie could not throw a party in the lair, but sure enough there were skeletons and ghosts down in the catacombs who were soooo lonely!

But the living needed to party too! Her sisters needed a party. So Pinkie used her super duper uber vampony speed to run alll the way from the everfree forest to the outskirts of the rock farm.

The rock farm looked just like it always did. It was a relief to see that mom, dad, and the sisters weren’t so crestfallen that they’d let the rock farm die. Or maybe they hadn’t heard? She hoped for that. Ignorance is bliss sometimes. Unless your mane is on fire, then you should put that out before it burns down to your scalp which is not fun. She knows. There was an… oopsie… at sugarcube corner this one time.

Where was she? Oh yeah, she was reading this bizarre, convoluted clopfic AU thingy and at this point she was… sneaking around the rock farm.

All the lights were off. Everyone was sleeping. Pinkie dug at the ground by the welcome mat and pulled out a big iron key. She slid that into the lock and made it go “CLICK” then crrrreeeeeeaaaaaaaaak and in she crept…

It was super dark in there, but being a vampony, Pinkie could see in the dark. Everything with edges was glowing with neato red lights. Talk about handy, right? Pinkie used it in the Catacombs to find her coffin when she got really sleepy. Then she’d lay down and her new skeleton party crew would pick it up and play jazz as they carried her around. She sleeps like the dead through it all, but they don’t seem to mind; they just play their jazz.

Anyway, Pinkie snuck around in the main hall and saw a small table with a small candle in a jar and a picture in a frame with a rose and a pebble lying before it… she couldn’t quite make it out. She took a long match from her cleavage and struck it against the wall.

SCRUTCHhh! That’s the sound a match makes. It’s almost as good as the smell of a burnt out one.

She lit the candle, and the picture became clear… it was a smiling picture of… pinkie pie. If her tear ducts still worked, Pinkie would weep with joy. She picked up the picture, looking at it in quiet… what’s the word? Contemplation? Repose? Not-excitement? Not-citement? One of those.

“Aww… they didn’t forget me.” she said to herself… out loud. She held the picture to her breast, for a moment forgetting why she came here…

That is until she felt this really sharp pain in her lower back. You ever eat like a lot of ice cream really fast? Well, imagine if your brain was in your spine. Kind of like that.

Pinkie turned around to find her father holding a smoking double barrelled shotgun and a look of sheer terror on his face. Eventually the rest of the family rushed into the main hall to see the figure standing there.

They all stood in stunned silence. Like that time Pinkie walked in on Mrs Cake and those Zebras. It was exactly like that, right down to everypony fainting.

Wow. That was easy. Pinkie was actually worried she’d have to rough up her family to get them to turn. This was even better. She dragged each family member into the living room. The sisters all slept in their underwear. Mom and dad wore these boring gowns or something.

She propped her unconscious family up on the couches and chairs and took some coils of rope out of her mane. Because this is some kind of cheesy clopfic vampire story thing, Pinkie bound everypony with a rope harness around their… you know. Their flour bags. Their cupcakes. Their pies. Dirty pillows. Funbags. Knockers. Headlights. Cream Puffs. Bazongas. Wrecking Balls.

When she was done, something devious kicked in… something naughty she’d always thought of doing with her sisters. Well, okay, not this specific thing. But all the more incestuous… she took a few more coils out of her mane and fastened a tight crotch rope on each. Slowly running the ropes through their vulvas, tying them around their waists.

Pinkie sat by and admired her handiwork as the family came to. When they woke, they started to squirm in their bindings, trying to break out. No can do. Applejack taught pinkie a long time ago how to tie up another pony. Or did Pinkie teach Applejack? Her memory was kind of hazy.

“Pinkie. What is this?” Maud asked, in confused fury!

“I shot ye in the back and yet ye stand, Pinkamena! What hath thou become?” Dad asked.

“I know, dad. It super hurt, but it’s okay. I’d shoot me in the back too if I saw me standing in my house.” Pinkie said, turning around to reveal her back, perfect and unblemished.

“What… the fuck… ARE you!?” Limestone demanded.

Nobody was laughing. Given the strange circumstances, pinkie forgave them.

“What are you going to do with us, Pinkamena?” Mom asked.

Pinkie slowly stood up and walked over to her helpless sisters. Hooves creaking the old wooden floor. Her hand slid along the back of the couch. Her terrified sisters eyes watched her as she came closer.

“I’m going to give you some super awesome vampony powers… starting with Maud.” Pinkie ran a finger down the side of Maud’s head. The mare was horrified beyond words.

“Pinkie. No. This isn’t right. Don’t do this.” Maud pleaded.

“Shhh…. it’ll all be okay Maud… trust your sister…” Pinkie whispered in Mauds ear as she brought her fangs down to Maud’s neck and slowly sank into it.

“Ow.” Maud cried out in agony.

Pinkie sucked the blood out of her sister like jelly from a donut. The look on Maud’s face was heart-wrenching, but Pinkie knew this had to be done.

Her family watched in horror, begging the pink mare to stop, but to no avail. Pinkie was like a frat pony doing a keg stand. All she heard was “Drain, drain, drain, drain!” Eventually Maud slumped in her couch… dead. Her face was frozen in her last moments of fear and dying agony.

Her family stared at the pink mare, jaws slacked, eyes filled with tears. They were in stunned silence at the madness that just transpired. Pinkie would forgive them if they fainted again, which only Mom did. Marble sobbed, and rage built inside of Limestone.

“You KILLED YOUR OWN SISTER! YOU FREAK! YOU BEAST!” Limestone screamed, struggling in her bindings. If she would get free, she’d rip the fiend apart with her bare hands.

“SHE’S FUCKING DEAD!” Limestone bellowed. If she could just get her hands free…

Pinkie sat down again, taking out an hourglass… turning it over so the sands would move.

Pinkie pointed at the corpse of Maud Pie. The family sat, waiting for the sands to pass… It was super boring and super sad. She sat there for a whole hour, seeing one sister cry and nuzzle the corpse while the other screamed in blind rage. Dad was catatonic, and mom was out cold.

When the sands halfway ran out, Maud’s eyes opened. They were crimson like the others. She sat up in her bindings, silencing the sisters. Limestone wasn’t furious and Marble wasn’t crying, they were both bewildered and terrified. 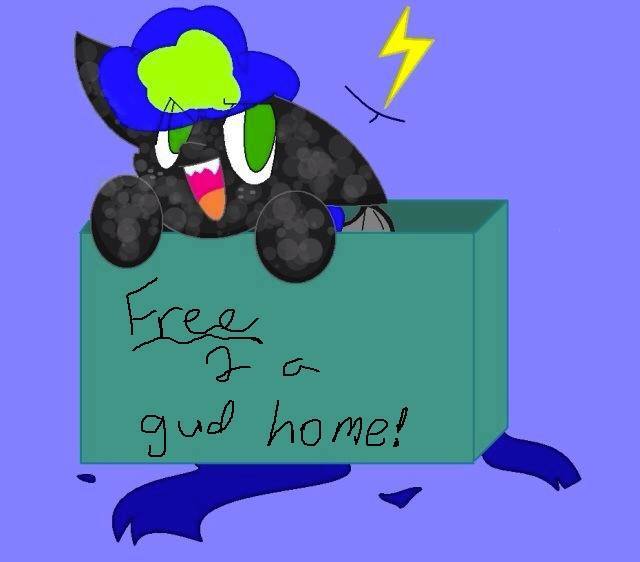 Communist shitposter
@Deadmeat
I mean, why not? You clearly are putting time into these descriptions; why not serialize them on Fimfic?
Posted 1 years ago Report
Link Quote Reply 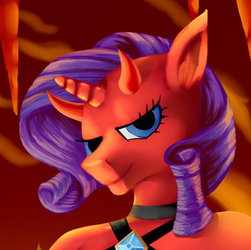 fimfiction you say? I’ll think about it.

Communist shitposter
Dude this is fantastic you should at this on fimfiction!
Posted 1 years ago Report
Link Quote Reply