41 61 59 2 2
Subscribe
Galleries
Featured in
Register to create a gallery
Related
View VS Download DS
Uploaded 2 years ago by Background Pony #6AD8
2550x3300 PNG 2.6 MB
This image is blocked by your current filter - click here to display it anyway

Artist Comments:
I made something that has a pony in it? Wow, what a surprise! Yeah, it’s Littlepip, my favorite little wasteland wanderer. I was hoping to get through the majority of this piece with as little outlines as possible, and I think I’ve succeeded in doing so. It isn’t super detailed, but I’m not concerning myself with that, just wanting some more practice, nawmsayin? I’m rather proud of Little Macintosh especially — I think the coloring makes it real nice. The handle was actually my favorite part, even though the main weapon was hella fun.

I think I’d like to do more portraits in the future!

Don't tell me they put that thing in their mouth to fire it? Seriously? How are they not dead or missing teeth after it goes off?

Without going into the details of trying to explain how all other "mouth fired" weapons may or may not work: in Little Macintosh's case it was designed to absorb most of the recoil, or enchanted to do so. But Pip has magic levitation so it's less an issue for her than Earth ponies.

But ponies firing guns is a silly thing and many designs for guns for horses are rather silly. The best working conceptually are "battle saddle" design, the firing bit is independent of the gun itself. 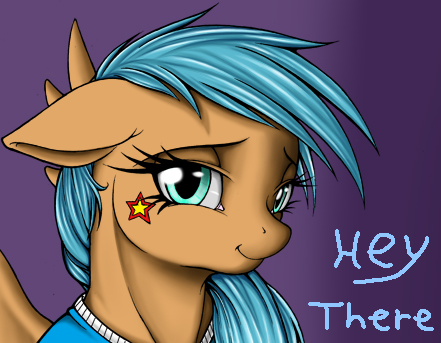 OneAmongOthers
Don't tell me they put that thing in their mouth to fire it? Seriously? How are they not dead or missing teeth after it goes off?
Posted 2 years ago Report
Link Quote Reply