22 31 29 2 2
Subscribe
Galleries
Featured in
Sign in to create a gallery
Related
View VS Download DS
Uploaded about a year ago by Littlepony115
7016x4961 PNG 10.56 MB
This image is blocked by your current filter - click here to display it anyway

So. It's done. I've been doing this for months now. Not solidly, I grant you, but months. Ever since the last Solar drawing, actually. So, that's… Vaguely four months. I know, I know. It's still terrible for the time spent, but at the end of the day, I have to move on.

I found myself just continually drawn into this image, adding little bits every few days. Oh, yeah, I wasn't working solidly. I have a lot of other things going on, it wasn't like I was shifting my life around this image. Either way, I could go on forever with this drawing; the difference between the first file and the last is astonishing, and that 'first file' is just the first since I last cleaned out my folder. I could go on, adding cracks to things, shadows to doorframes, a vignette, dust, proper fur… But… At what point, would it just be better to start a new image, instead of just redrawing the same one over, and over, and over.

I want to do other things, other characters, other places. So, here I am. Posting an image that, like all of them, I will never be happy with. But it's about time it went up. It's about time I posted, once again. And hopefully, this will happen more often.

This benchmark of my 'progress', it's by far the longest I plan on spending on one image. From now on, they will be looser, and more frequent. Focusing on form, function, and theory; rather than sheer detail.

Be sure to check out the story based around the main character in this image:
https://www.fimfiction.net/story/416198/chaos-theory-lone-wolf

Sorry to the people I asked for OCs. It wasn't as grand as I'd been hoping. But, hey. It's here.

Drawing your characters kept me a little saner, for a little longer. 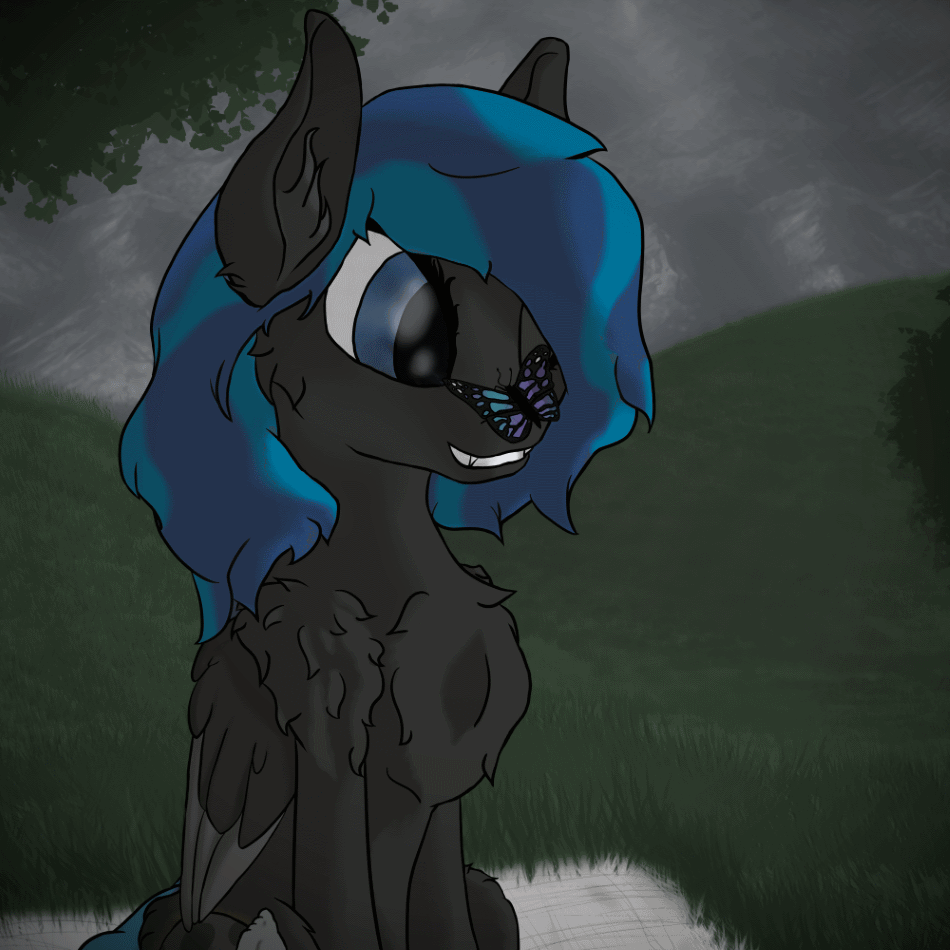