Pubilq Phirm
@GryphonStar5678
I didn't pay attention in real-time when Firefly was canceled, so the only knowledge I have is of the various post-mortems. Was it the case that the writers of Firefly knew they only had a single season and wrote unresolved plots as a fuck you to the network or did they expect a second season and wrote their stories to require two or more seasons to resolve?

That said, there is a spectrum of unresolved plot threads. Some threads can be left to have an assumed off-screen resolution, such as what should have happened to the MarbleMac ship. Other threads require central acknowledgment on-screen. IIRC, the way Firefly ended was more or less as if FiM suddenly ended right after A Canterlot Wedding, Part 1.

Going back to my question about the Firefly writers and parallels to FiM: I wonder if they weren't told that Season 9 was the final season until after most of Season 8 had already been written. That's the only way that both makes sense to me and leaves the writers as competent at their job. If they did know, why did they introduce so many new characters in S8 (and 7, for that matter)? At that point, they're begging for rushed plot lines or lacking character development or dropped story arcs.

It feels like Seasons 6, 7, & 8 were all failed attempts to reboot into a G4.5 with new main characters but momentum forced the writers to focus on the M6 long past when most of their character arcs should have been left with "and she lived happily ever after" instead of letting Starlight or The Great & Powerful Trixie or the Kirins or the students be the new primary cast.

Lyrabon's engagement was background details done right. The details of their story arc can live in the mind of the fans. My HC is they were long-term roommares who eventually realized that they were the only pony who was always there when the other needed support. Their arc reminds me of one of the details that made The Wire so great: there's a character who appears exactly once in each of season 3, 4, & 5. First, you see her in a nice car buying an 8-ball in Hamsterdam; then, you see her asking an experienced ghetto banker for prostitution advice; finally, she is seen in Narcotics Anonymous earning her pin for 6 months clean before one of the central characters says his lines. 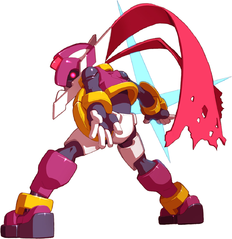 Siarnaq (Model P)
Sonic/Furry Trash
Good Lord, what the heck happened down here ?
All these deleted comments, the tag history… I believe I missed quite the mess in this thread
Posted about a year ago Report
Link Quote Reply
GryphonStar5678

Bearded Dialogue Master
@Background Pony #AAD6
Maybe… I mean he's served Twilight for years, even while considering her like family, so serving Rarity while still considering her a close friend or possible love intrest wouldn't be too much of a stretch in logic. Heck, he even went to get ice cream for Gabby without her asking.

Plus there is the episode where Spike openly turns himself into Applejack's slave for a day.

Bearded Dialogue Master
@PUBLIQclopAccountant
So what like what they did with Lyra and Bon Bon's engagement.

Sounds more like just fan confirming little nods rather than actual effort. Not showing us an end to things THEY STARTED is a complete slap in the face to fans. We watch things to see how they turn out not to get no resolve at all. Just look at the anger people had when Firefly was canceled, the fans went ster crazy and years later a movie came out that finished the story and everyone was so happy.

I'm going to assume you were born in the late 80s or earlier 90s where shows left and right ended with no resolve at all. It was a terrible time, I couldn't sit still to watch anything without the fear it wouldn't get finished. I'm glad MLP reached a moment where it feels like ending it's stories and I'm glad it wants to on its own grounds.

Sure, the time I came from was a breeding ground for headcanons, but those aren't canon, nor can they be used for "Better Answers" or else we would have the mess that was Star Wars EU where nothing made sense and everyone got more pissed when new writers were forced to ignore the fans "Hard Work."

Leaving things unresolve is just asking shit to hit everything especailly in a fandom as thick as MLP.

Pubilq Phirm
@GryphonStar5678
Considering how so many of them were executed, yes. The world shouldn't end just because the cameras got turned off. The end of the series should not be the end of Equestria's history.

It's not that they merely touched on old storylines that were assumed to have been forgotten, but they centered them as episode premises instead of resolving them in background gags or leaving it to us to assume something happened. The most jarringly visible example is probably Marble wincing at Big Mac booping another mare.

Posted about a year ago Report
Link Quote Reply
GryphonStar5678

Bearded Dialogue Master
@cheezedoodle
I'm fine with that, his insults were giving me a massive headache anyway.
Posted about a year ago Report
Link Quote Reply
GryphonStar5678

Would you rather they gave us no resolve at all?

Friendly Neighborhood DM
I know FeatherTrap said he's not coming back, but let this be a suggestion to everybody to keep it civil.


This season is purely the writers having fun and finish the storylines they started, it has nothing to do with them confirm some crazy fan's headcanon.


This season would've been improved if the writers didn't suddenly try to finish storylines they forgot about ages ago. Closing all the story arcs right before the series finale breaks immersion.

Posted about a year ago Report
Link Quote Reply
GryphonStar5678

Bearded Dialogue Master
@TheAmazingPeanuts
Your assumption that Gabby won't return. This only holds ground because the series is nearly over, if they series had kept going I could actually see Gabby making multiple returns and even clashing with Rarity a few more times. Really the moments in this episode where both were clear jealous were the best parts for me. I've had a lot of fun with this episode and despite what another person on this thread seems to think I had no problems at with either ship actually winning or sinking by the end, but that not what we got at the end.

What we got was Spike pretty much choosing both and Rarity just getting over it. Really it's a better take on the Simple Ways episode from season four and since that episode still stands as one of my most hated episodes it's funny to see another handle the same exact premise but with so much more fun. It actually shows that the writers are indeed getting better.

Yes, I agree that Gabby won't return, but my preception on this factor is purely on the fact that this is the final season. I know for a fact the next few episodes are going to have little if anything to do with Spike and especailly Gabby. Even if she was to show up in the finale, I doubt it would be to confirm or sink ships that even the writers clearly don't care about.

This season is purely the writers having fun and finish the storylines they started, it has nothing to do with them confirm some crazy fan's headcanon.

TheAmazingPeanuts
@GryphonStar5678
I know you talking about me, can you explain why my comment seems a bit off?
Posted about a year ago Report
Link Quote Reply
GryphonStar5678

Here is the scene you asked for in full

Notice how he asked her. She didn't ask him she made no demands back, HE ASKED HER. So you are twisting information to make yourself right, you, the proof is right there, anyone who thinks I'm wrong to watch the scene and tell me where he doesn't ask.

Also so this is a reaction link, finding an actual scene of this episode is rather hard I guess that why you would rather twist information. But I rely on actual research.


Posted about a year ago Report
Link Quote Reply
GryphonStar5678

What the fuck? I never took anyone’s side. All I said was that I hope he keeps to his word instead of being a liar like others who make similar claims.

Certainly hope so too, because I like arguing with someone who actually attempts to prove me wrong and these six days have so boring.

Gone to Ponybooru
@Ihhh
I said I am done, and I mean it. I'm done. v.v
In fact, I'm going to unsubscribe from notifications in this thread, to make it a commitment to myself.

<<<<<
@FeatherTrap
Most of the time, when someone says they're going to stop engaging in an argument, they go back on their word and continue to engage anyway. In almost all cases, they just want their opponent to stop replying so that they can get the last word. I hope you're better than that.
Posted about a year ago Report
Link Quote Reply