Oh hi, Markdown. We are migrating the site to use Markdown. This is currently in beta testing phase. Click here to learn more.
Pony with care! Remember to tag images from or revealing story of the G5 movie with spoiler:my little pony: a new generation, and report any images of camrips/leaks for Rule 1!
38 59 57 2 14
Subscribe
Galleries
Featured in
Sign in to create a gallery
Related
View VS Download DS
Uploaded about a year ago by BJDazzle

Twilight: “Oh, and Discord? Applejack told me about what you did in the pipe room. See me after class.”

Discord: “Oh come on! I swear, I thought I was doing a good thing! Everyone was so anxious to see how our little journey finally reached its conclusion; what’s wrong with getting to see the end a little early?”

Twilight: “See, this is exactly why I’m keeping you after class for special extended lessons; clearly you need them.”
Not much longer now, everypony; we are finally approaching the end of our Season 9 Retirement Party… a good 10 months after the season actually ended, but semantics. Let us reflect on the grand journey we went through to get this far as we dive into today’s comic, based on The Ending of the End (part 2, but also just in general), aka: “The Entire Cast of Friendship is Magic Defeats Their Last Remaining Major Villains: the Episode”. As the last 2-parter of the series, basically the Season 9 finale though not the series finale, this episode’s primary task was to give us a grand final battle to close the show out on, and it delivered in a big way. Lots of action, escalation, callbacks, plenty of heroes getting their time to shine, characters from all over the world showing up in a scene I can’t help but sing the Super Smash Bros. Ultimate main theme to every time I see it, a humongous rainbow laser powered up by three different generations of harmony guardians… everything you would hope for out of an epic finale to a long-running show beloved by so many.

The twist behind Grogar’s true identity was… something I was spoiled on ahead of time, sadly (see me after class as well, Discord), but it was definitely well-concealed, yet not completely out-of-nowhere, either. We’ve been seeing Discord seemingly testing Twilight harder than usual and acting extra aloof all season, but I think most of us didn’t really think much of it, because… it just kinda looks like Discord being Discord. Honestly, it was a pretty brilliant use of their characters’ quirks to their advantage! Sure, we got teased a bit thinking we’d be facing a powerful new foe in the final battle, but considering how little we actually got of Grogar’s character, actions, or intentions during the build-up, I found myself not really missing him. Besides, Grogar’s magic was present throughout the entire battle powering up the other villains, so technically he WAS still a big part of it. None of Discord’s actions here really sully my opinion of him, either; I knew exactly what I was getting into when I made him one of my favorite characters, and if anything, I’m impressed he had the patience to play that role for so long without breaking character! Besides, he was thoroughly chewed out for his actions by the mane cast and in return gave them “a pretty epic make-up” as Rainbow Dash put it, so it’s all good.

My only real regret throughout all of this, as you may have guessed, was the lack of any real closure for the three villains. Go figure; people have been complaining about how many bad guys stop being bad guys all throughout the season (heck, the whole series, but there were a bunch in Season 9 alone), and I’ve been fighting against the grain this whole time saying I like the reformations and see them as an important part of what Friendship is Magic is at its core. And the ONE time they decide to let the bad guys stay bad guys in the final season is when everyone gets mad that there wasn’t a reformation. I guess it doesn’t help that it felt like all these characters had established arcs that just seemed kinda… unfinished with the episode’s statue ending. Chrysalis never had to reencounter her old hive again, nor did she ever confront Thorax (who need I remind you was just as responsible as Starlight for her being overthrown). We never see Scorpan in present day, or Tirek’s dad, or ever really get to address his clear insecurities aside from a single jeer from Discord. We still don’t know a THING about Cozy Glow, who she is, where she came from, how she met Tirek or any indication of why she has the ideology and mindset she does. I guess we’d need to work with those 3 on those issues a lot more than we really had time for in the episode without sacrificing the rest of what made it so great in order to make that work, but it still kinda feels like an anticlimactic end for two well-established characters and one we never even really got to meet.

…But I’m not really that upset about it, and this did not in ANY way ruin the episode for me. As Discord himself is a very clear example of, being turned to stone is NOT permanent, nor does it even necessarily condemn you for THAT significant a period of time; I couldn’t help but notice a complete LACK of villain statue during the next episode’s glimpse into the future, and, c’mon, this is TWILIGHT we’re talking about here, do you really think she’s gonna put off giving these three another chance for THAT long? After redeeming so many bad guys and bullies and world-conquerors and setting them on a better path towards a brighter future, we’re just supposed to see these three specifically as lost causes? I don’t buy it. But the good news is now… it’s OUR turn. I’ve already seen several ideas on how these three would eventually turn over a new leaf following the events of this episode, and I look forward to seeing several more in the future. (I even have my own ideas on how it might work, which I may share if I can figure out a good format to do so.) If the goal was to give us plenty of material to work with going into the longest hiatus of our lives, then I’d say they nailed it.

Posted about a month ago Report
Link Quote Reply
soren1015

Angry Twilight is adorable!
Posted about a year ago Report
Link Quote Reply
Background Pony #4C72
Discord, the true manchild of the series, still like him, through.

Even Pinkie isn’t as marefoal enough as Discord. 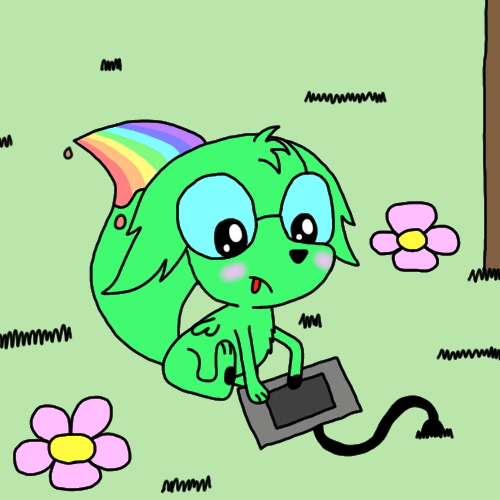 It’s quite lonely being encased in stone, but you wouldn’t know that, would you, because I don’t turn ponies into stone.

Hitch the 8itch
Maybe the villains have ties to the heroes but not us. I guess that’s why we’re upset. No matter how many or how little backstory or characterization we got of them, we feel nothing. And yet we want to feel something but couldn’t grasp it.
Posted about a year ago Report
Link Quote Reply