Anoncrsh
Says who?
Posted 28 days ago Report
Link Quote Reply
Background Pony #6D6F
There are these magical things that exist called "opinions."
The last few season may or may not have been as solid as earlier ones, but it doesn't make them completely invalid. You can't just tell people that they're not allowed to enjoy them. Everyone's opinions are subjective, and are just as valid as another's.
Posted 29 days ago Report
Link Quote Reply
SpectroKeronian

HumanoSiniestro
Invisible Enemy
@Background Pony #6D6F
Fluttershy is the best example, you're right.
I remember the memes when she were extremely happy in one of the teasers.

HumanoSiniestro
Invisible Enemy
@Valsion
For kids? Then why announce the series like an spin-off of the main series with our favorite characters again? Also, if a series is for kids doesn't mean it can be mediocre or poorly structured. You find insultant compare TTG with PL, but is the perfect example and comparison, because they both suffer the same problems. And no, the show doesn't keep their original personalities, this new characters are just the shadow of what they used to be. Certanly, Pony Life is not a terrible show, but is another one in the list of mediocre spin-offs or reboots based in excellent series.
Posted 1 months ago Report
Link Quote Reply
Background Pony #09A6
If Hasbro made the action toy line "Guardians of Harmony", maybe plans to make a new generation with a bit of more action and adventure still don't be discarded?
Posted 1 months ago Report
Link Quote Reply

Is not drunk as a skunk
@Valsion
I've actually seen TTG, and it's more mean-spirited and sitcom-ish then P.L. is.
P.L. is just a cartoonier version of MLP, and it's nowhere near as annoying, or has as much dark-comedy as TTG does. I don't even think the art styles are exactly alike. (And calling 'em "CalArts" trying to sound like that pervert John K., is especially silly, because those weren't made by CalArts people, but Lauren Faust creator of G4/FIM IS a CalArts grad' ironically) Also, I think the fear that, "if some fans like it, that's bad, because then every new version of MLP will be just like it" is kinda silly, because G4 was not like G3, and G3 was not like G2, ect. So it's likely G5 will not be like it, and P.L. is just a bridge to fill between the G4 & G5 gap.
If people like/hate P.L. that's not going to hurt anything, or effect G5 most likely, which is already in production as we speak. I doubt Hasbro execs come to this site looking for feedback. So ranting about how much you love/hate it here isn't going to effect anything.

It's practically just a spinoff show, like "Equestria Girls" was. (I remember back when every brony hated that, and we weren't "allowed to like it") 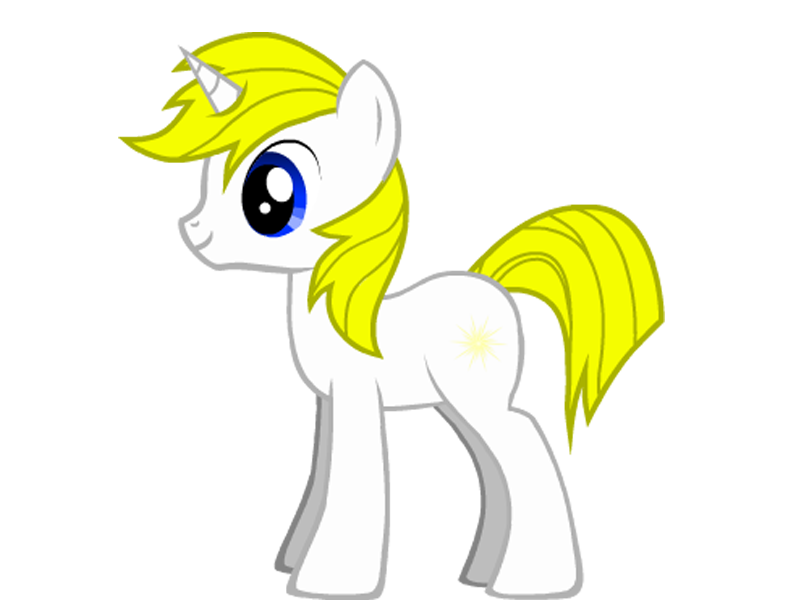 @HumanoSiniestro
Pony Life wasn't made for bronies, but for kids. Besides, I stil lfind substance and value in PL. Comparing it to TTG is the real insult. That show dumbed down characters to the point of making them completely different. PL at least keep their main personalities and adds extra humor. We need this kind of positivity in these Covid times.
Posted 1 months ago Report
Link Quote Reply

HumanoSiniestro
Invisible Enemy
@Background Pony #6D6F
I think you're right, Pony Life is worse than the last seasons of My Little Pony:FiM. But the problem resides in people who still consuming the show and their products. Hasbro like a company is seeing that maybe people is no longer exigent with the content they made with the franchise, so, what's the point to make something better if the result is the same with less quality?
Posted 1 months ago Report
Link Quote Reply
Background Pony #6D6F
Comparing the last seasons of G4 to Pony Life in terms of quality is pretty insulting. Sure they may have been a bit less inspired than the early seasons, but at least they had substance. They're definitely not down to the PL levels, which are just high-speed explosions of cheap content.
Posted 1 months ago Report
Link Quote Reply
Background Pony #1E44
@HumanoSiniestro
Ah I understand now. I see your point. I hope that whatever happens it won't turn out too badly.
Posted 1 months ago Report
Link Quote Reply

HumanoSiniestro
Invisible Enemy
@Background Pony #1E44
The G4 definitely is far for beign complex, or even a masterpiece. But the impact and the exit it had is the true problem, because the times change, and maybe Hasbro is no longer disposed to make a show like that. This could sound like a prejudice, but the writers and the team showed us already the poor level of quality they can give us with Pony Life and the last seasons of the series. The worst part is people still consume that, so, thinking like a company, I don't see reasons to try to make something with better quality.

At the end, the money is the matter; There's no reason to spend resources in better writers or animators to improve the job made in the G4. If people can conform with almost anything, then let's give them what they want.

Posted 1 months ago Report
Link Quote Reply
Background Pony #1E44
@SpectroKeronian
With all due respect, I think you're really giving G4 too much credit. It's a good show but I would never call a great complex show. G4 is still very simple. Are we seriously going to say this show has the quality of say The Last Airbender? No. I think what makes G4 good was its simplicity. But to say it can't be surpassed, I cant agree with that.

And you talk about the prequels, but couldn't that logic apply to G5 as well?

I just hate this defeatist attitude of G4 is the only good girls show and nothing will surpass it.

That's my take on it.

HumanoSiniestro
Invisible Enemy
@SpectroKeronian
Yeah. For the conclusion I can say that you're right, maybe Hasbro will make something lighter for the next generation, because even if this was a great sucessful for the company, that exit had an high price to pay, speaking about money and the effort all the writers, designers, animators, and directors. Not to mention some people still can't over it when Lauren Faust left; For those people I have bad news, she's busy with the reboot of the DC Superhero Girls series. Only if someone expect her return to the franchise.

Also, yeah, Star Wars was an absolute disaster. But I'm not sure if the next MLP generation can have that decay, because beign honest, you need to be a legend to destroy an amazing franchise like that. The only example of good franchises I have and contiue are Gears Of War, a franchise of games originally developed by Epic Games, but they sell the project to Microsoft and a new developer, The Colalition made an awesome job; The violence, gore and epic enemies still in the campaign, and multiplayer with interesting maps, but also helped that the original creator of the games, Rod Fergusson was in the development.

Let's take into account that Gears Of War is a franchise for adults with clear internal logic rules, in hands of good writers, the franchise still have so much potential. But My Little Pony have more limitations, because is a series for kids, and the writers doesn't have the freedom they used to had; Also, the internal logic rules today 'n day is more optional than something obligatory. Even the G4 broke some of its rules.

With all this said, all I can say is that we better have lower expectations with the new generation. There's nothing left to say, unless you want some questions about what I said.

Is not drunk as a skunk
@SpectroKeronian
In fairness, some of G4's edgier/cartoonier content was actually inspired by G1, which wasn't just "cute stuff."

The end is neigh
@HumanoSiniestro
Yeah, a lot of folks want G5 to be better than G4, at least from what I have read. That would be too hard to replicate, as no other gen pre G4 had done so. I have no idea what else G5 could to to be "better" than G4. Remember how the new Star Wars trilogy went? It went to shit due to bad writing and other factors? I remember being one of those people who was excited for the story to continue. Then I remember when people still hated the prequels, and when the new trilogy came to the scene, everyone started giving respect to the prequels. While they did have flaws on their own, they were way better than the new shit we got. Who knows if that same kind of scenario could happen to MLP. I feel like Hasbro should make it return to its cutesy state like gens 1, 2, and 3. After dealing with a long running, exhausting, complex, and successful series unlike previous incarnations, sometimes it’s best to let things chill and not overwork stuff. Last big thing I have to say on this thread.
Posted 1 months ago Report
Link Quote Reply

HumanoSiniestro
Invisible Enemy
@Mikey
Just to clarify, I already stoped. If the guy want to tell me something else, I won't reply here.
Posted 1 months ago Report
Edited 1 months ago
Link Quote Reply

HumanoSiniestro
Invisible Enemy
@Beau Skunky
Look, I could be here hour and hours remembering your attitude with me and another persons, and giving proofs because I hate gossips, even if you think I love them. But you know what? I feel sorry for you, so I'll stop. Just try to avoid debates with me, because I have so much facts to put in the table but I don't want to destroy my contrary.
Posted 1 months ago Report
Link Quote Reply

Site Moderator
Sky Spark
@Beau Skunky
@HumanoSiniestro
Please stop. Take it to PMs or just refrain from continuing at all.

Is not drunk as a skunk
@HumanoSiniestro
You obviously don't know me very well, nor read all my posts, (and only judge me on an argument we had months/years ago) 'cause I've actually stood up for people I disagree with on this site, and I've had friendly disagreements with people here, and respected many opinions different from mine. I even stood up for Disney Master, one of the times he was voicing a negative opinion politely on this site, and people were attacking him despite the fact, he insulted me, and called me a "Hasdrone" before. So I don't usually hold things against people either.

I'm just saying our opinions on MLP aren't "absolute," and I just don't wish to argue constantly, and it's not an admission that I'm wrong, if I feel I can add no more to a discussion. When I feel I'm wrong about something, I admit it. I've even admitted I did something wrong to the admins here before.

It's also kinda pointless of you to be attacking me personally, and trying to put me on trial here. If you have an issue with me, that's fine, but don't go around telling others I'm some "kinda bad guy," and gossip about me, just because I don't wish to argue for days with people like you. It gets tiresome, and I have a life outside the site. (In fact. honestly I'm having some IRL problems right now, so I don't need somebody like you giving me schmitz, right now. You're kinda beating somebody while they're down, and I came here to relax. I don't expect sympathy, but have some consideration.)

I must also admit, I have memory issues, so I tend to forget some discussion threads I'm in, so it's something I can't help sometimes, especially with all the threads I comment on.