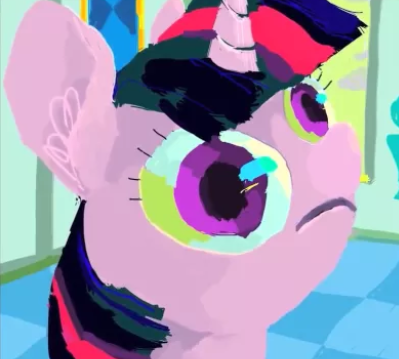 raridashie
if everything lines up, his name seems to be zoom zephyrwing
Posted 8 days ago Report
Link Quote Reply

@The Double U
Ya, the guards proved themselves absolutely useless in combat, but it certainly seems like that when they were told to do something else they delivered.

The armor's the least of utility to them, too, when they're so sucky at their job to begin with.

Wayneponeth
"Dat's a cute butt right there."
Posted about a month ago Report
Link Quote Reply
The Double U

Moon Flight
@Background Pony #749F
They are useless, but Probably Not as dumb as The Banana Guards.

Also, it's because it would make them look cooler, and more protected in a Fight. If I were in Charge of G5's Story, I would try and Improve The Royal Guards a little. Heck, in My AU Story for MLP, both Celestia and Luna's Guards have Helmets that protect their Face (in a Beaked shape like Nightmare Moon's Guards in Season 5's Final.)

The owner's in disbelieve, and the other's coming up with conspiracy theories XD

Faved over at DA.

Moon Flight
If G5 is going too be a Continuation of G4 FAR in The Future, don't you think The Royal Guards would be more armored up and have More protective helmets?
Posted about a month ago Report
Link Quote Reply