90 127 127 0 29
Subscribe
Galleries
Featured in
Sign in to create a gallery
Related
View VS Download DS
Uploaded 6 years ago by Background Pony #67DB
4000x23608 PNG 8.73 MB
This image is blocked by your current filter - click here to display it anyway

Why do I come here?
is there more of it?
Posted 5 years ago Report
Link Quote Reply
Death2

YOU WILL BOW TO ME.
I really hope canon-Trixie isn't this narcissistic.
Posted 5 years ago Report
Link Quote Reply 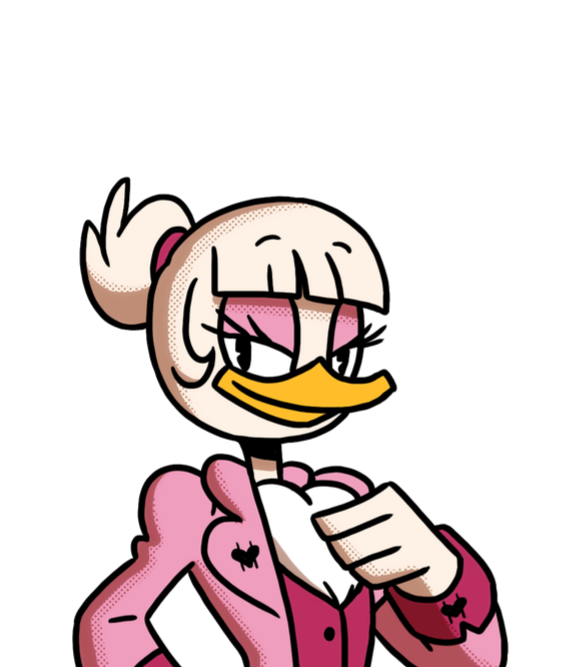 YOU WILL BOW TO ME.
I like Trixiecorn.
Posted 5 years ago Report
Link Quote Reply

Yukimazan
@Background Pony #E972
Thumbs up for that lil words of wisdom.
Posted 6 years ago Report
Link Quote Reply
Background Pony #4FD1
@Yukimazan
Yeah well when it comes to continuity between the show and the comics, I'm gonna do as Victor Wong said in Big Trouble in Little China:

"Take what you want, leave the rest for someone else. Like a salad bar."

Yukimazan
@Background Pony #E972
Canon or not, the comics have to be approved by the big guys of Hasbro before they get published (so they have to be satisfied with the story of the comics and how the characters handle them). It's likely the path they're going for when it comes to characters could give some speculations what the show will do with those selected characters. Not entirely 100% accurate but you can expect the path they'll be taking.
Posted 6 years ago Report
Link Quote Reply
Background Pony #4FD1
@PonyPon
Close enough
Posted 6 years ago Report
Link Quote Reply

Gizmonics Scientist
I'll just leave this as the bottom like, the only "real" thing about alternate universes is they are just a theory.
Posted 6 years ago Report
Link Quote Reply

Gizmonics Scientist
@clockworkinsomniac
Also I don't fails to understand the level your talking about, it's you that fails to understand it's really only a CONCEPT, there are not fact about how it works so you can say "this is how a real one works".
You are thinking only on the level of how Terry Pratchett presents it, limiting yourself from seeing what may be possible.

> You still don’t get how the wide the alternate realty concept is.

And you fail to realize that i am talking about universes as they would ACTUALLY occur, not as their use as semi-lazy plot devices where writers can over-write their own logic.

In a 'real' alternate universe, you would not — COULD not — get a universe where 'everyone is exactly the same, but the opposite gender'. For the reasons i outlined, i.e. even tiny differences would cause eventually massive changes that would result in wildly different populations.

Yeah, its basically this. Its completely impossible from a technical standpoint, but i get thats is just a Sliders-style 'heres a zany universe where everyone happened to turn out like this!' Hence why i think its pretty seriously screwed up.

But then LOADS of things in MLP are seriously fucked up, its rarely worth drawing attention to it.

Overall, bad, morally dubious universe. They should go to 'Everyone has a mustache'-verse instead.

I think the situation here is not what you'd call alternate verses, but parallel, convergent verses. it's true that from a common origin, equestria and mirror equestria are not both going to emerge in the same timeframe, but what's really happening is they came from very, very different origins, and are converging together to be similar, like fish and dolphins.

Gizmonics Scientist
@clockworkinsomniac
Also it's ultametly a concept, a general notion or idea, so there really is no end to what it can be.
Posted 6 years ago Report
Link Quote Reply

Gizmonics Scientist
@clockworkinsomniac
You realize that there are more then just Terry Pratchett novel that put forth the idea of alternate universes, right?
He is not the end all be all authority on it, you see the further back in time the change is the bigger the changes to another point, this lead to some fiction where the alternate universe in question can be from a change for the start of the universe, but as we also have no solid evidence on what can set an alternate universe apart from another it can be a big change that ultimately means nothing at all in the grand scheme of thing, there is often the basic idea of the gender change, it can be anything from one character that is switched from amel to female or everyone is changed.
"The universe is infinite, but people are not" is true but that doesn't they can be changed, it mean there is always a equivalent to a person in every universe(unless you have someone that is a multiverse constant or a being that is outside of the multiverse) not that they can't be changed beyound a set point.

TLDR — You still don't get how the wide the alternate realty concept is.

No no no, thats not it at all. Maybe i didnt explain it properly…

This is an idea that first got put into my head by a Terry Pratchett novel. The main character (Sam Vimes) is dealing with alternate universes created by time travel, which follow the logic of small changes at some point in the time line producing different versions of him. The person explaining gives him an example of 'the universe where you murdered your wife', to shock him, but then dismisses it because as he points out — there is no version of 'Sam Vimes' whom would do such a thing, even if universes ARE infinite (because contrary to what you might think, infinite does NOT mean 'anything that could possibly happen has happened' — unless you want to argue that because the universe is infinite somewhere out there there is a tree that grows screwdrivers).

Either there is no universe where such a thing has occurred, or in the universe where one 'Sam Vimes' has killed one 'Sybil Vimes', a threshold has been passed wherein he must be so very far from the original you cannot call them the same being.

An alternate universe does not — indeed can not — function on 'this is a universe where X is the case' everyone has their personality swapped, or everyone is a different pony race, or everyone really likes musicals). Any alternate universe MUST work on the logic of 'this universe was precisely the same as your universe, until THIS point, where it deviated' (Though of course the deviation can be so far back that its completely unrecognizable). We know this because in order for someone to just exist in the first place all the conditions that brought about their birth have to be exactly the same. Even something as simple as a mildly different bus schedule could have pushed her conception off by a week and resulted in a completely different pony. The ramifications of 'everyone in this universe is evil rather than good and vice versa' is going to cause quite a bit more change without some sort of malevolent trixster god maintaining the whole thing (so ill give it a free pass if the universe was just created by Discord or something).

So basically, my issue with the alternate universe characterizations is that — barring kidnapping and forced re-education as infants — i cannot conceive of any point in any of the alternate's pasts which would result in them being the creatures they are. The personalities now are so insanely far from the originals that you cannot call it a 'facet' of Trixie, or any other pony. Its just another pony who happens to be called Trixie.

Extremely TLDR — The universe is infinite, but people are not.

Gizmonics Scientist
@clockworkinsomniac
Then you idea of an alternate version of a character is a very slim view.
An alternate universe can be anything from something very tiny to something very huge, same thing for alternate version of a character, they can be the same for the most part of nothing alike to the origanal.
So basically your idea that this alt Trixie is not Trixie to any degree is fucked up because you don't fully understand how wide the alternate realty concept is.

Posted 6 years ago Report
Link Quote Reply
clockworkinsomniac
Ive always found alternate Trixie — alternate everyone really, since every alternate is in the same boat of completely opposite personalities — vaguely fucked up.

Alternate universe counterparts are meant to be versions of people who have had something change in their universe, resulting in a different pony. But these arent, alt Trixie is not Trixie to any degree.

It doesnt seem as nightmarish because alt. trixie is benevolent. So to better understand why its weird, imagine an alternate Twilight whos a pyromaniac, burning down buildings because it causes her pleasure, and whom has also killed Spike or something.

The problem is that — without some sort of weird brainwashing or being kidnapped as a foal — there is no amount of alternate universe that can account for that sort of personality variation (because alternate universe logic is 'this is what it would be like if X was different' not 'this is the universe where dick-pony X is not dick-pony"). Its not the pony at all, its someone else wearing their skin. The only even vague trait we can recognize here is a presumed love of magic, everything else is totally different.

Why do I come here?
I think they broke each other.
Posted 6 years ago Report
Link Quote Reply