Art Chat » 2Snacks and his new content. Search Posts
Started by Nightweaver20xx
Posted about a year ago
13 replies
Subscribe

Evil
Hello everyone, Nightweaver here. I decided to come back to Derpibooru at least for the moment to post about one of my former favorite artists, 2Snacks.

You see, just today he put out his latest new animation, this… thing:
Beef PC

And while it is technically very well done, it just is not funny. I do not find it the slightest bit entertaining to watch, and the same goes for any of his recent “Hololive” animations. They are wildly popular, getting millions of views, and I suppose that is the reason that he has decided to go in this new artistic direction, but I for one am deeply saddened and disappointed that he’s decided to completely abandon pony in favor of… this.

Let me give you a little bit of history. In 2012, I found 2Snacks’ first video while looking up Two Best Friends Play videos. This was the video I found, and it was hilarious. Over the next few years, I became one of his biggest fans, eagerly waiting for every new video he put out, because I knew they’d be quality, funny pony animations. But that has ended. It started when he put out this video of this “Korone” character, and it’s just regressed since then.

I guess it was inevitable. As time marches on, people move on. The Best Friends Play no longer exist as a group, and actually I have unsubscribed from the main channel and each of their individual channels for reasons I won’t go into here. So I guess the final chapter has been written in my fandom of both Best Friends Play AND 2Snacks. They no longer make content I wish to watch, and thus I have completely dropped their channels from my subscription lineup.

Moderator
Derpbooru Free Edition!?
@Nightweaver20xx
Before now, I haven’t actually heard of 2Snacks but seeing as you really enjoyed his old content I figured it’d be worth a watch. I watched both Beef PC and Two Sisters Play Portal so far and here’s what I thought about both:

Beef PC was more confusing than funny, I wasn’t even 100% sure what the joke was supposed to be. The only way I was able to watch through the whole thing was that it was luckily only one minute long.

I then watched Two Sisters Play Portal. While it wasn’t the funniest thing I’ve ever seen, it was certainly entertaining and I’ll definitely more of the episodes later when I have time. The animation was also pretty good and some parts of it were somewhat relatable if you’ve played games with other people in-person a lot.

Overall, I think Two Sisters Play Portal is better by a long shot. It’s obviously not for everyone as it’s pony content but it actually has humor. I think I can see how some people might like Hololive, but I did not enjoy it at all. it’s probably mostly weebs and people who watch v-tubers who enjoy this kind of content.

Evil
@TheGlitchedWolf
Here’s what’s really weird: I watch a lot of Vtubers on Twitch, just not Hololive. Why? Because Hololive is mostly in Japanese, and I don’t understand Japanese. For some reason, though, his videos this last year have been incredibly popular and hit the meme charts on YouTube more than once. I honestly don’t understand why. I don’t want to say that 2Snacks has “sold out” by choosing to make videos that get him millions of views so he earns more money… but yeah, I think that’s why he’s making these now.
Posted about a year ago Report
Link Quote Reply

You see, just today he put out his latest new animation, this… thing:
Beef PC

Oh my god, that’s fucking hilarious. I’ll have to resubscribe to their channaru and see what else they’re dooingru. ^__^

I mostly found them through the Two Best Sisters Play, too. Loved that stuff.

You might also like Let’s Game It Out with Anthony - it has a lot of the same vibes - although, be warned, Anthony has also already left that channel so it’s just Mister “Does that mean I can?” Crazy Josh now. It’s still entertainment to a huge degree, but … sigh. Things change, but that means stuff changes and sometimes for the better.
Posted about a year ago Report
Edited about a year ago
Link Quote Reply

Evil
@Ciaran
Yes I know about Let’s Game It Out and I’m subbed to Josh and also follow his Twitch channel.

I should note though that the “Beef PC” video was also being critisized by the Hololive fandom for having in fandom joke as the main focus that excludes many of the outside lookers. His previous vids were more inclusive since they’re generally act funny and memeable anyways, aka you dont even need to like VTubers in general to be atleast entertained.

If you don’t like VTubers and Hololive then I’ll let you. I just point out the view from the other side of the coin.
Posted about a year ago Report
Link Quote Reply

Evil
@Sanagi 蛹
I actually DO like Vtubers! I love people like Nyanners, LumiTuber and some others you may not have heard of like LilyHops, YozoraAoi and HarukaKaribu. BUT I honestly don’t understand why 2Snacks has gone in this direction. And posting exclusively Hololive stuff that I don’t watch and cannot understand does not make me want to watch any of his videos.
Posted about a year ago Report
Edited about a year ago
Link Quote Reply

Evil
I’m going to bump this thread for visibility and because he’s still making unfunny Hololive trash. What a shame. Some of us remember him the way he used to be.
Posted about a year ago Report
Link Quote Reply
Background Pony #B72B
@Nightweaver20xx

Well, I don’t get this joke as well, to be honest, but this joke might worked on somebody who understand where this originates form. (Where it is actually originates from is here, found in the video ’s description)

Come to think of it, Hololive (and VTubers that relates to it) has become new “MLP: FIM” on its own right. Its the trend and a meme now, whenever you like it or not. It’s growth resembles and reflects so, so much to bronies ten years ago, complete with its rabid fandom. Hell they even has their own VTuber section on 4chan now, though not exclusive to Hololive.

To elaborate even further, this is pretty much reflective to the trend of things in general. FIM was rising at the time when Western Animation is on the rise, alongside Adventure Time, Gumball, Regular Show, etc. Unfortunately at some point, that trend waned as internet penetrates more people and streming contents are on the rise.

And when those cartoons mets the finale (then FIM much later), the Western Animation and TV in general is effectively on its last knees, plus with all the bad decisions networks has made over the years.

Moments has passed, things happening in real world later (politics, Youtube crappy monetization, the ‘rona, etc), people forgets about the western animation trend and television in general, and this weird thing called “VTuber” interests lots of people, and its shows.

What I’m basically saying is that any criticism about Hololive fandoms can be pretty much applies to FIM. I remember when brony / MLP:FIM content were called unfunny and cringe way back then. This is unfortunately no different.

There’s a reason why I tend not to express my opinion much about it. I guess that’s what life is, it’s always follow some pattern.

@Background Pony #B72B
Do keep in mind that people who like Hololive are not necessarily the same as those of FIM fans. There are overlaps like 2snacks, but not as much. 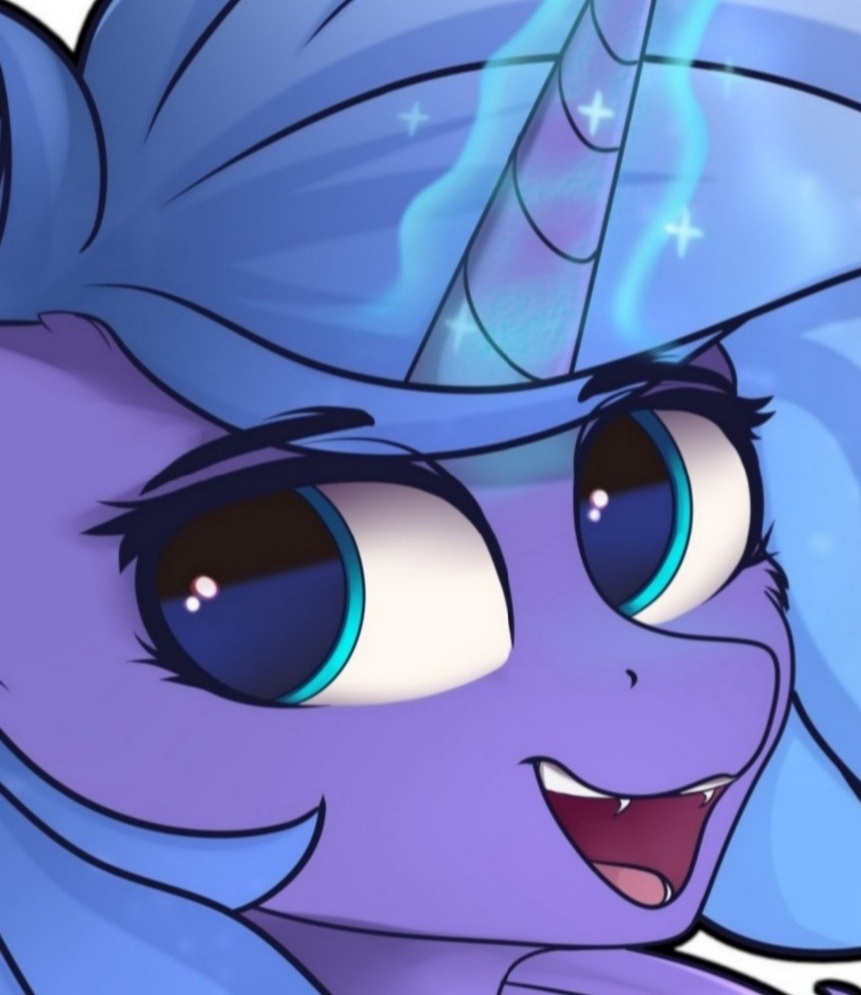 50% Luna, 50% Awkward
I guess it just boils down to the artist making content that interests them. Clearly 2snacks enjoys adapting YouTube content to animation, and my guess would be that he has simply grown past his interest in MLP, like many others have. He’s making content that interests them, and that’s what counts, and I personally wouldn’t call it “trash”. I personally have enjoyed it, even though I don’t watch VTubers outside of clips and compilations. I really love his new art style especially.
Posted about a year ago Report
Link Quote Reply
Background Pony #64A3
The said legend has returned!!
Posted 5 months ago Report
Link Quote Reply
Interested in advertising on Derpibooru? Click here for information!