@Raritybro
idrk how to use complex filters as I have never used it before…. atm i decided to hide SFM + “not sfm” as some of the artists who use the model don’t use sfm for their stuff…
I have no clue how to do it, could you please help?

All you do is go to filters, click on your Legacy filter, and then click edit and add source filmmaker and not sfm as well as 3d model to the spoilered tags. Should be pretty basic.
I personally don’t mind SFM used for little things like stuff from My Russian Pony though that takes on a whole new meaning these days Music videos and stuff but the anthro models admittedly don’t look very good and while you can get some good ones here and there, they can get annoying when you want to view lewd pony pics that aren’t fetishy. But yeah, that’s how you do it.
Posted 10 months ago Report
Link Quote Reply

Lil_VampireCJ
@Crimson “Valent” Azure
I don’t mind SFM/gmod stuff too, I love and also have published artwork of pony models… it’s only the weird anthro model which bugs & annoys me I kind of want to get back into makin GMOD/SFM artwork of stuff again.
Thank you for the help and I’ve done it now, I made it hide SFM/Not SFM/3D if it includes the tag “Anthro.”
Posted 10 months ago Report
Link Quote Reply 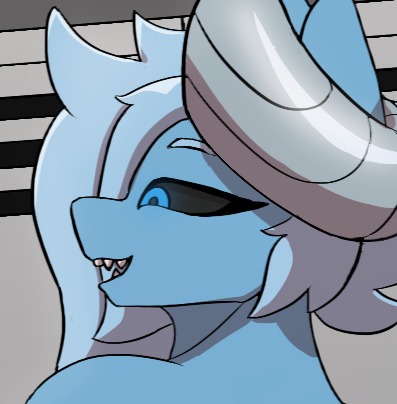 buff people enjoyer
This has been said before but Im going to say this again. Its anthro futa Rainbow Dash, whether it be 2d or 3d sfm, she’s overrated in the fandom.
I’ll even bet that Futa Rainbow’d get her own spot on r/place should NSFW be allowed.
Posted 9 months ago Report
Link Quote Reply

Husband of Rainbow Dash.
@MoPyr
Agreed 100% she’s the character I see Futa’d the most frequently and even if you spoil out futa, I’ve seen Crack ships which are just Futa Dash and a lesbian female. Heck, I think half the FlutterDash pics are futa.
Posted 9 months ago Report
Link Quote Reply

Husband of Rainbow Dash.
@MoPyr
I’d say the reason for this is they want the lesbian couples to have foals, and don’t want to use Magical Lesbian Spawn. Or it’s just a common fictional fetish for people to want all females to have male parts. I’ve got nothing against the Transgender community but having literally every pony in your HC be Trans is a little much. Because I’ve seen futa art of Danganronpa, Crush Crush and other fandoms.
Posted 9 months ago Report
Edited 9 months ago
Link Quote Reply

collage🏴pirate
@MoPyr
Who doesn’t love a mare with a member?
@MoPyr
Although futa isn’t the tag I’d avoid, the same general principle you mention is why I hide non-safe anthro art unless it’s an artist whose taste I trust. For whatever reasons, anthro clop is far more likely to be fetish art than show-style clop. Even when it’s a fetish I enjoy, anthro art is often significantly more fetishy (on average) than the equivalent pony porn or fully humanized drawings.
Have I missed out on some seriously hot art due to this personal policy? Almost certainly yes. Does it keep my:watched something I actively look forward to? Even more yes.

Shy gamer stallion
Gotta repeat: Discorded Twilight edits.
Whenever I look at my watchlist every day, there is at least one pic of Twilight Sparkle being Discorded (having grayer colors). I’d filter them but oddly, I don’t want to filter pics of Discorded Twilight coming from the episode where that happens.
Posted 9 months ago Report
Link Quote Reply

Husband of Rainbow Dash.
@Background Pony #0D1D
I agree with this, Sonic I can kind of understand though since Sonic and Tails are very similar in personality to Dash and Twily. The PROBLEM is when we get these Mario and Sonic at the Olympic games (let’s be real, Fluttershy and/or Rarity wouldn’t really want to compete in those outside of Pony life) crossovers that are just weird MS Paint drawings of EG Rainbow vs Sonic/Mario, that’s where I draw the line. With that said though… I’m not opposed to ponies appearing in crossover pics like pheeph and his Mario Sports pics. (Love those). So in a nutshell fine with crossover pics, just make em look good.
Posted 9 months ago Report
Edited 6 months ago
Link Quote Reply
Background Pony #9C2C
All those Discorded Twilight images. I swear the guy who keeps making those has a huge fetish for that, and it’s kinda disturbing
Posted 7 months ago Report
Link Quote Reply
Background Pony #B56E
@Background Pony #9C2C
I wonder
Posted 7 months ago Report
Edited 7 months ago
Link Quote Reply

Husband of Rainbow Dash.
Here’s another one that’s unfortunately popular: foalcon with older characters so like Rainbow Dash X Scootaloo but Scoots is still like 11. It’s gross, it’s creepy, and very out of character for the perpetrator, Rainbow dash would NEVER rape a filly Scootaloo, she would have consensual sex with a grown up Scoots if she does something like that. This is especially disturbing because the M6 started at about 22ish and by the end are in their 30s until the timeskip where they are 60+. Whereas the CMC were envisioned as young as 8 and only became preteens or young teenagers in S5.
Posted 6 months ago Report
Edited 6 months ago
Link Quote Reply 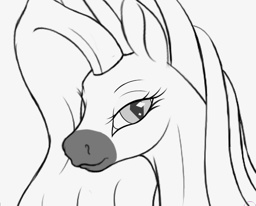 This point may be depending of one’s own idea about their relation, which would explain the existence of said pictures :^)
But are these pictures actually common? I looked for rainbow dash, scootaloo, explicit and there was only one picture corresponding to this description since last month
Posted 6 months ago Report
Link Quote Reply

Husband of Rainbow Dash.
Consensual or not I just can’t see Rainbow Dash buggering Scootaloo as a filly be she futa or not. Dash would likely wait to screw her number one fan.
Posted 6 months ago Report
Link Quote Reply

#1 Rarijack Enthusiast
@Crimson “Valent” Azure
Add Scootadash, foalcon to your complex filter, or something similar
Posted 6 months ago Report
Link Quote Reply
Background Pony #B605
The ponies as ponies being sexualized. I just don’t get it, bro. I’ve never gotten it for all 11 years. All I can see is a cartoon horse.
Anthro and humanized I get, but not as a horse. Just don’t get it.
Posted 6 months ago Report
Link Quote Reply

buff people enjoyer
@Background Pony #B605
there’s a reason people (mostly anti-bronies) used to call bronies horsefuckers back then.
But having seen the object fandom and their sexualization of object characters there, I can sort of understand. It’s mostly the emotional and character attachment that usually leads to sexualized fan arts.
Also a number of them are actually into horses irl.
Posted 6 months ago Report
Link Quote Reply

@Background Pony #B605
there’s a reason people (mostly anti-bronies) used to call bronies horsefuckers back then.
But having seen the object fandom and their sexualization of object characters there, I can sort of understand. It’s mostly the emotional and character attachment that usually leads to sexualized fan arts.
Also a number of them are actually into horses irl.

Furry =/= Beastiality. If Fluttershy was real I doubt most of the brony community (the sane ones) would bang her because she’s a real horse. Most bronies that I’ve talked to do one of two things.
A. They make an OC to screw a character. Not exactly the noblest of intentions but it beats the alternative.
B. They masturbate to horses but not real ones. Yeah I can see why people might find this creepy but trust me when I say the majority of bronies don’t actually want to fuck real animals. It’s really no different from fapping to Lola Bunny.
I admittedly find EG sexualizations creepier than Pony sexualizations as the characters are younger. Keep in mind the majority of these ponies have maturity of actual humans and are essentially their planet’s human equivalent.
Posted 6 months ago Report
Edited 6 months ago
Link Quote Reply

CORDZ2000
Draconequues Lover
@Crimson “Valent” Azure
Nah sexualization of ponies fictional or otherwise is pretty weird, I blame the fandom for making me now into that sort of thing as I use to be heavily weirded out by it. I use to only by into anthro at most. Id say this it depends on were u go, being into things like foalcon and sparity will get u ridicule by the fandom, pretty much anywhere else. A bit off topic but a example of Derpibooru being different; I know for a fact I didn’t see sombrashy until I got here lol.
Posted 6 months ago Report
Edited 6 months ago
Link Quote Reply

Moderator
Undead inside
The rise of antis really ruined people being able to discuss things they dislike without jumping into morals and judgement because it makes them ‘feel uncomfy’.
Ten years ago no one in fandoms gave a single fuck if anyone shipped incest or underage or anything like that as they knew it was fictional and there was no moral crusaders back then, at least not in fandoms at large like they are now.
And before anyone takes this comment to think I’m saying “you can’t dislike things” I never said people can’t dislike things or discuss them, I just want them to understand that using those things to morally judge others or use your own discomfort as a reason to condemn people is very bad.
Posted 6 months ago Report
Link Quote Reply

Moderator
Prince of Skrees
@Background Pony #B605
@CORDZ2000
I don’t really get the issue here. Sexualization happens in every fandom. Why are you so surprised that ponies are? Also I’m not liking the implication that bronies are somehow bad or weird for it. Why does it even matter?
@LightningBolt
Fucking this^^
@Crimson “Valent” Azure
What if it’s consensual?
Posted 6 months ago Report
Edited 6 months ago
Link Quote Reply

Husband of Rainbow Dash.
Consensual sex with underage characters doesn’t really bother me, it’s more the age gap and stuff like Angelshy that does. Like I’m not bothered at all by ZippPipp as I’m not too bothered by incest anymore. I’d rather someone post incestuous pictures like Raribelle and Applecest than something like Angelshy.
Posted 6 months ago Report
Link Quote Reply
Interested in advertising on Derpibooru? Click here for information!