Zamasu
@kleptomage
I take it that the house you live in was built before the 2000s, when full-size pickup trucks started to become as big as they are?
Posted 3 months ago Report
Link Quote Reply

@Goku Black
‘85. A pickup back then was significantly smaller. Doesn’t help that I also have to keep the riding mower and two snowblowers in the garage too. Why do I have two snowblowers? Because one is great for light snow and one is a big Ariens that will handle winter’s worst.
I could build a shed or bump out the garage but… that’s a large expense on top of another large expense. Plus, I’ve learned from experience that building projects are never as quick, easy, or cheap as I think. However much I expect a project to cost in time and money, I can multiply that by 3.
In the end, choosing a vehicle is about what compromise you can live with and I’m still undecided on that.
Posted 3 months ago Report
Link Quote Reply 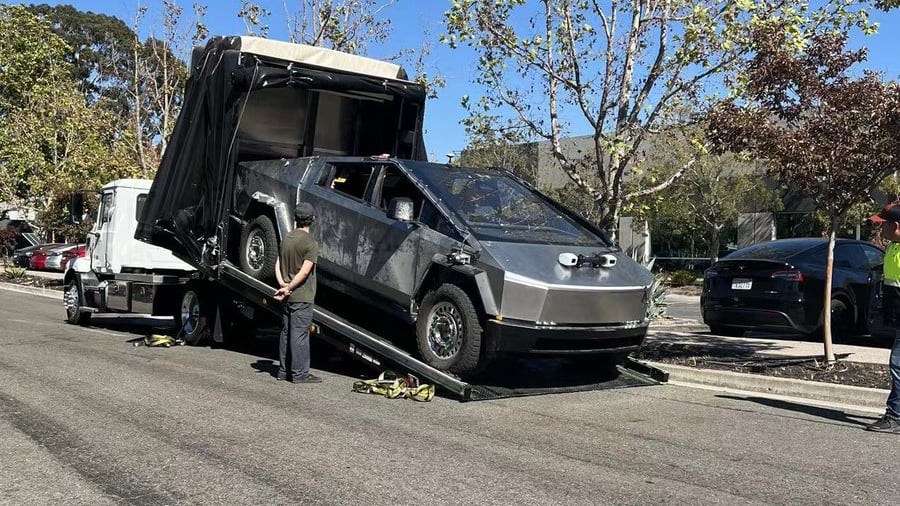 Cybertruck testing!
@Background Pony #26A0
Would be hilarious if they remade the Durango like that with the same side profile. It’s exactly what Ford did with the expedition for years. Only changed the front and rear design lol.
I’m ordering one of those locks today. Already have one to put on the car when it’s out of the shop again. So a 2nd one is a redundancy. This one I have is a cable lock that connects to the seatbelt and ties around the wheel.
@kleptomage
That’s why so many people like half ton trucks. They can do everything and still be a good daily driver. But it will still ride like a truck if you don’t get a high trim level with air suspension
My garage is tight too. My Ford fusion is long and wide but nowhere near as long or tall as a truck, I don’t know how people can fit two big vehicles in a standard 2 car garage
Posted 3 months ago Report
Edited 3 months ago
Link Quote Reply

@RainbowDash69
The Ram has coil springs instead of leaf springs like other half-tons, so it rides better. The air suspension would ride the best, but I’ve read it has problems in cold weather.
I think most people park outside and use their garage for storage. If the truck had remote start it wouldn’t be terrible to park outside, but I’d rather keep my vehicle protected.
If Ram brought back the Dakota as a smaller 1500, it would be at the top of my list. Unfortunately, most midsize trucks are not very good.
The only things the Toyota Tacoma has going for it is reliability and resale value. It’s cramped and very dated with a weak engine.
The Ranger looks and feels cheap, yet Ford prices it close to an F-150. When the Ranger finally gets an update and the Raptor trim, it’ll be even be more expensive.
The Maverick is even cheaper than the Ranger and not in a good way.
The GMC Canyon/Chevrolet Colorado don’t impress me.
The bed on the Hyundai Santa Cruz is so small it’s practically useless.
The Jeep Gladiator is kind of cool, but I don’t go off-roading, I would never take the doors off, and it’s overpriced.
Of all the midsize trucks, I think the Honda Ridgeline is objectively the best. People who criticize the Ridgeline for not being body on frame are missing the point. The Ridgeline is not designed for heavy towing. It’s designed to be a practical truck that meets the needs of the average person.
I’ve looked at crossovers/SUVs too. It’s very hard to find one that’s both desirable and at a reasonable price.
Posted 3 months ago Report
Link Quote Reply

Zamasu
@Background Pony #26A0
Nobody wants a crappy compact car like the Neon. It’s part of the reason that GM and Ford are no longer making the Cruze and Focus, respectively. We Americans barely even want GOOD compacts like the Civic and the Corolla. All we want (apparently) are big fat ugly oversized SUVs and CUVs to haul our big fat asses to the mall and Walmart to buy a lot of stuff we don’t need with money we don’t even have.
Also, Fiat sucks!
Posted 2 months ago Report
Link Quote Reply
Background Pony #26A0
@Goku Black
There’s a Cross Hatch and Cross Wagon.
Posted 2 months ago Report
Link Quote Reply

Prison Jumpsuit Lover
Listen to the chief designer talk about the new Charger
https://youtu.be/pwe604tssHU
One of the last American V8s to be released before electrification
https://youtu.be/JpDvYrpKNj4 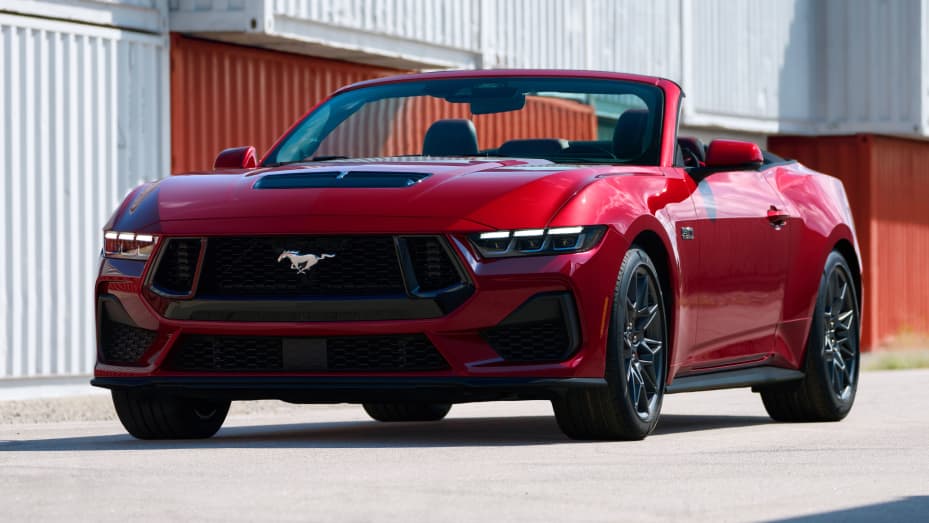 @Khauntzat Adramélekhizarovich Searmaev
Hah. I get it. For the EV model…
@Background Pony #26A0
In the USA, Toyota is the only brand that can get away with selling that stuff. Chevy hatchback is gone, Dodge has no customer for it, and Ford only cares about Europe for that stuff.
@FuckItsDaytimeAgain
I like it. Makes the Nissan Z look boring in comparison. So much exotic yet retro design. It’s going to be a track monster. I like the streamliner better because the body shape is so odd and yet it’s practical
Posted 2 months ago Report
Edited 2 months ago
Link Quote Reply

I drove two crossovers today: a 2019 Acura RDX and a brand new Mazda CX-5 with the turbo engine.
The Acura was quite comfortable, with cushy seats of soft leather and a suspension that was soft without feeling floaty. From what I could tell of the handling on gentle country roads it seemed ok. Despite having almost 100 more horsepower than my car, it did not feel significantly faster. The push button shifter was easy to adapt to, though I could see no advantage to it over a regular lever. I don’t like the touch pad for the infotainment. It doesn’t feel right and I’d hate to try to use it when driving. I wasn’t a fan of how the center console is laid out overall. It’s different just for the sake of being different, instead of being functionally better.
The Mazda was less comfortable. The seats and suspension were harder. Neither were bad exactly. They didn’t beat me up or anything, but the seats were definitely less luxurious and I felt more bumps from the road than in the Acura. Where the Mazda surpassed the Acura was in handling feel and perceived power. It felt more connected to the road, the steering felt better, and the power delivery was more immediate. I preferred the interior design in the Mazda as well. It was uncluttered and simple to use.
Both have their positives and negatives. It’s hard to say which I’d prefer to drive daily. I need to test drive more vehicles.
@RainbowDash69
The Mustang Dark Horse is badass.
Posted 2 months ago Report
Link Quote Reply

Prison Jumpsuit Lover
GR Corolla seems like the dream car for many people. AWD hot hatch with practicality and track-focused design https://www.youtube.com/watch?v=rxsmFH6K2BA A 1.6-liter turbocharged inline-3 engine produces 300 horsepower and 273 pound-feet of torque, although in the super-hot Morizo variant, an extra pound of boost bumps the torque figure up to 295
@kleptomage
It’s a hard choice. Funny how Acura always had touchscreens and now they don’t, while Mazda has been using the silly knob thing to navigate through the display for years. but it’s nice that you can use Carplay or Android Auto with a touchscreen on the Mazda if you prefer. the compact SUV segment is so tight right now
Posted 2 months ago Report
Link Quote Reply

@RainbowDash69
I read once that as a general rule for engine longevity you don’t want to exceed 100 horsepower per liter. It’s a feat of engineering not just that Toyota managed to wring 300 horsepower from a 1.6 3 cylinder, but that it meets their standards of reliability. Mechanically speaking, the GR Corolla looks like a nice hot hatch. I’d like to check it out.
I found the knob in the Mazda very intuitive to use. In a way it’s better than a touchscreen because you don’t have to reach for it.
The compact crossover segment is huge. Every brand from Aston Martin to Mitsubishi has an entry so it’s hard to choose. Like I said, I need to drive more vehicles. Probably Hondas and Hyundais next.
Posted 2 months ago Report
Link Quote Reply

Borz
How to troll the Americans. 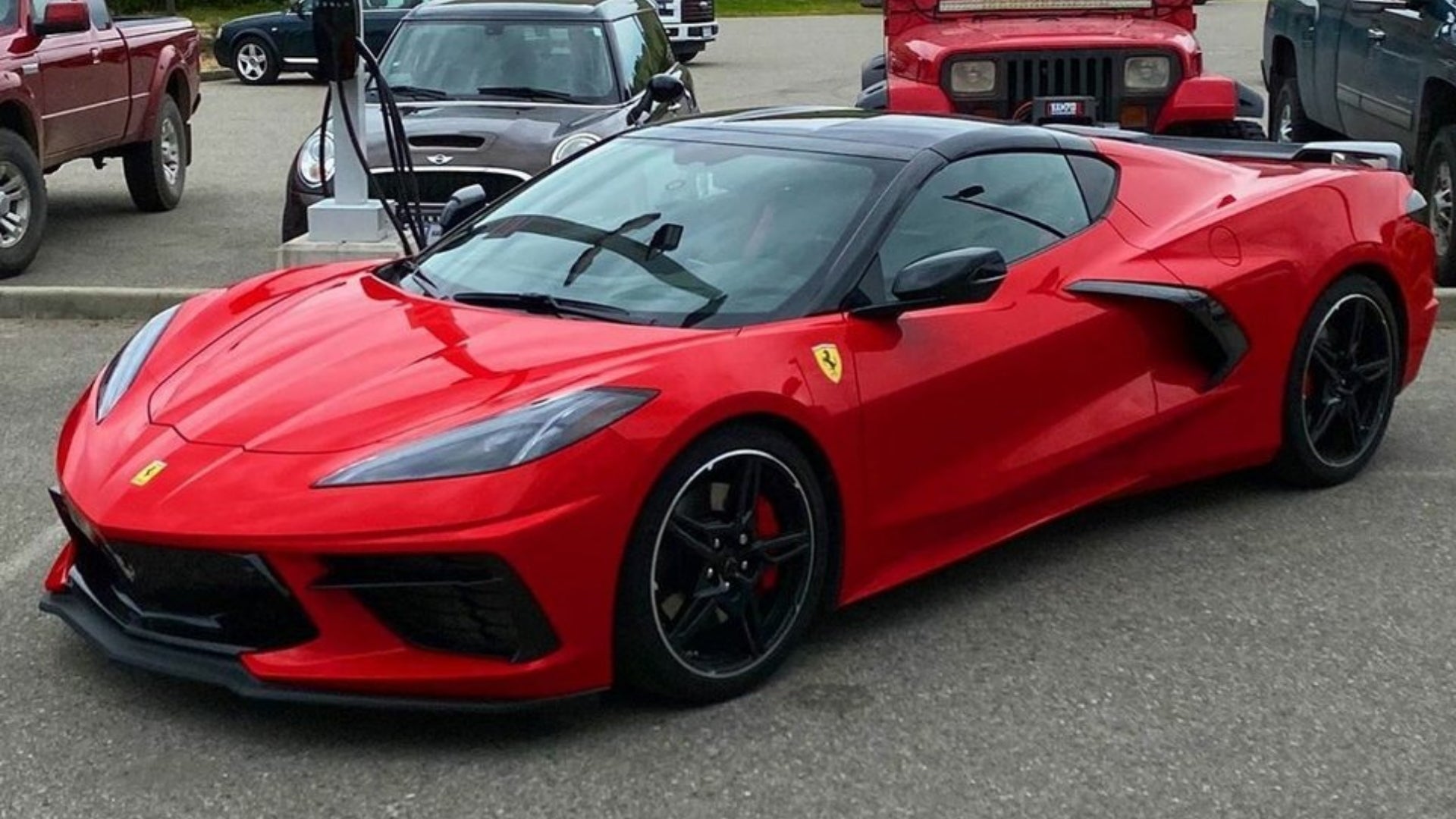