Prison Jumpsuit Lover
@race’emhard
if you mean the “stick that broke the camel’s back,” then I agree about the Aztec. Nissan is still alive and kicking though. I think they made lots of special edition Jukes as well, proving they were in demand (I think)
Posted 5 years ago Report
Link Quote Reply

@SeraphimDawn
Never heard of Amanti before.

@race’emhard
I can’t imagine what Nissan’s design department was thinking.

@RainbowDash69
It’s kind of funny that Nissan made a Nismo version of the Juke, as if the biggest problem with the car was that it needed about 20 more horsepower.

If Nissan wants to make an awesome special version of one of their vehicles, they should take the powertrain from the GT-R and put it in the Maxima or Altima.
Posted 5 years ago Report
Link Quote Reply

But they did put it on the Sentra right?

Why is the Juke so popular?

Prison Jumpsuit Lover
@SeraphimDawn
it looked awesome though! they recovered from the incident quite nicely. I think the new Murano is much better than the old
Posted 5 years ago Report
Link Quote Reply

If Nissan wants to make an awesome special version of one of their vehicles, they should take the powertrain from the GT-R and put it in the Maxima or Altima

They actually did exactly that with the Juke:

Meet the Juke R 2.0: 600 horsepower, AWD, and active aero on the weirdest little lifted hatchback to ever come out of Japan.

@SeraphimDawn
Don’t forget that it was available in this wonderful color combination:

And it’s not like that was a standard paint color- it was completely exclusive to the CrossCabriolet.

If we’re piling on weird Nissans, though, then I have to bring up the Cube: This one’s kind of infuriating to me: it’s shaped like a brick, but really doesn’t have the space to justify that, it’s asymmetrical for no good reason, and the styling would be more at home on a Bluetooth speaker than a car. For me, the Juke is about a million times better than this thing.

(And, if I want to get pointlessly technical, it’s not really even a cube.)

@Flying Pancake
What’s going on at Nissan that these ideas are even considered?

And why is it taking so long to update the Z?

@Flying Pancake
Everyone has their preferences.
But personally, I think the Cross-Cabriolet negates the point of it being a SUV crossover. It does have great colors yes.

And it seems Range Rover has decided t copy that concept.

@kleptomage
Yeah, and what’s worse is that while those get made, Nissan refuses to build these: 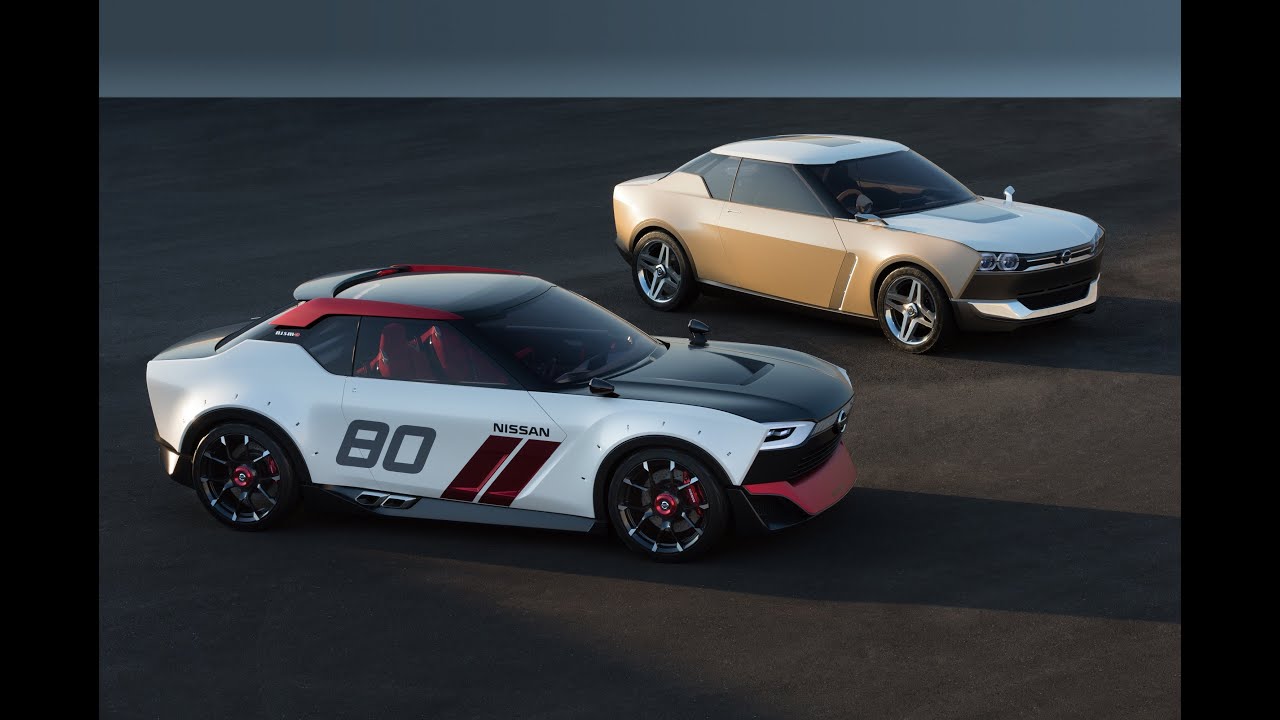 And to rub even more salt in the wounds, the IDx Nismo will be appearing in the next Fast and Furious movie. Seriously Nissan, quit teasing us and just build it already.


@SeraphimDawn
I was actually trying to be sarcastic about the “wonderful” CrossCabriolet colors. Turquoise is a great color and all, but pair it with the brown top and it just looks weird to me.

A convertible SUV/crossover like the CrossCabriolet makes no sense, but that Rover is kind of interesting. Normally I’d say that only Jeeps work as convertible SUVs, but something about that one’s proportions look alright. It almost reminds me of a 40s/early 50s convertible:

I miss their commercials.

Also,
This has to be the UGLIEST shiz Ford has ever conceived. Third Generation Ford Taurus.
What were they thinking?! 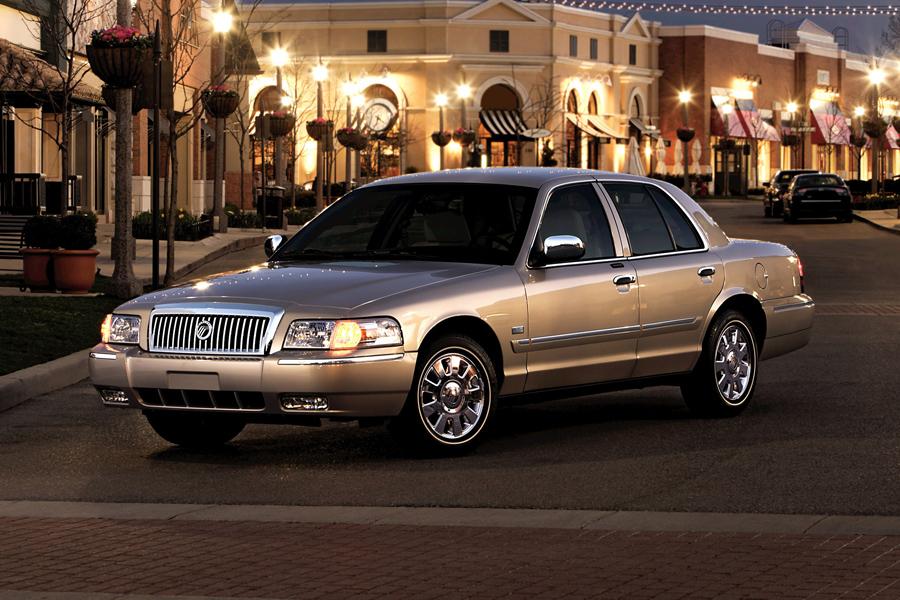 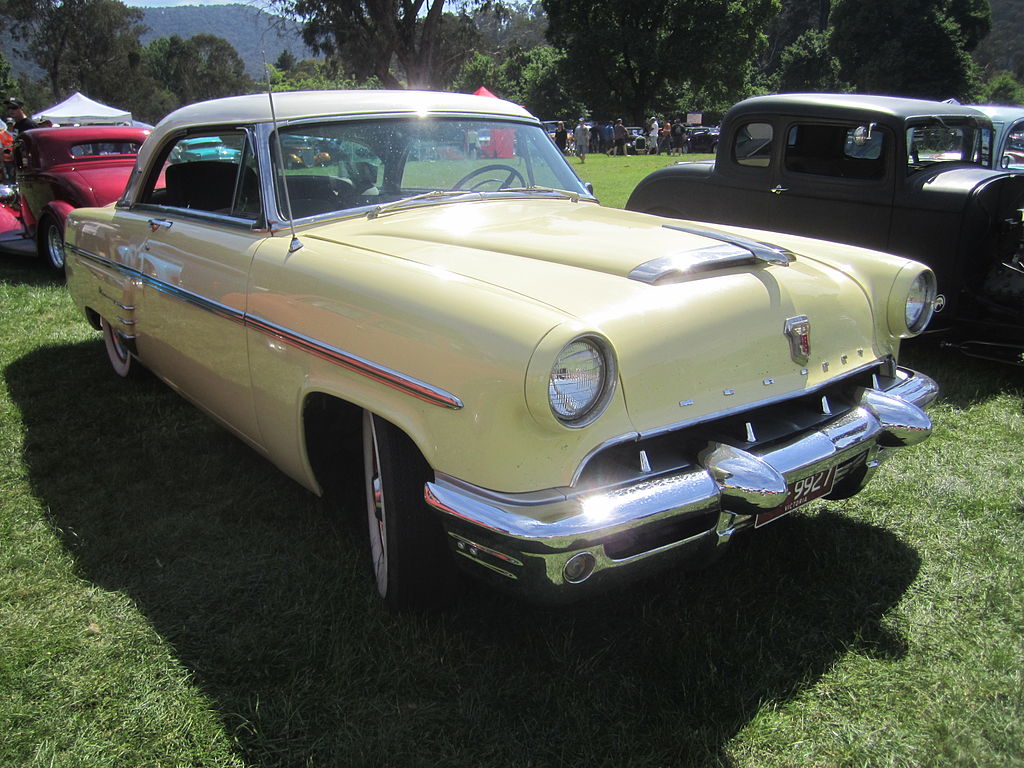 @Flying Pancake
The “sophisticated combination of white and flax” one resembles a squat Challenger in profile and headlights. The beltline is high, which is not completely a bad thing, but the mirrors are so small they’re useless. I’ll bet it has a CVT. Meh.
Posted 5 years ago Report
Link Quote Reply

@kleptomage
Nah, the “mirrors” aren’t useless- they’re cameras. Because even the most rationally designed concept car has to have some stupid* element to remind you that it’s from THE FUTURE!!! If I remember correctly, the beige one was supposed to have a CVT, but the Nismo one might have hypothetically had the option of a 6-speed. (In reality, both concepts had automatics, possibly sharing the running gear of a Silva.)

*Side-view cameras aren’t inherently stupid, as they can offer significant drag reduction over side-view mirrors. If you mount them in pods like that, though, then you’ve negated the whole point.

@Flying Pancake
It’s the trend now to cram as much technology into a car as possible for its own sake and so it can break or become obsolete, requiring the owner to pay for more repairs or buy a new car.

I read this article that explains everything wrong with Lincoln’s new ad campaign for the Continental. This photo in particular stuck out to me: What about this man sitting like a moron and staring into space instead of reading his book is supposed to make me want to buy a Lincoln? There is nothing appealing about this image at all. Even the dog looks disinterested.
Posted 5 years ago Report
Link Quote Reply
Scrubbed user

@kleptomage
Oh, cool, a Torchinsky article. I really have no idea how they screwed up so badly on that ad campaign. the road trip theme ought to be a great way to sell a big sedan, but how do you miss the whole point of a road trip? There’s no cool scenery, no one’s having fun, no one’s enjoying the company of their friends, and no one’s stopping at weird little roadside attractions just for the heck of it. (I will give the guy in the hat credit for at least smiling, though.)

And then there’s this shot: 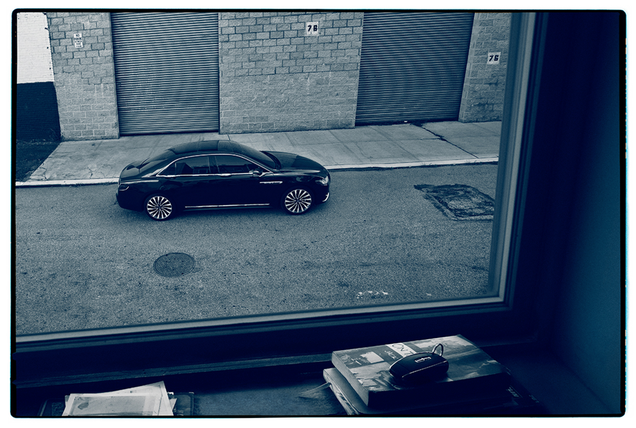 That’s the car they’re trying to advertise- why does it look so cold, sad, and desolate? That’s not a car I want to pile my friends into and drive across the country, it’s a car abandoned in a bankrupt Soviet-bloc country on a rainy day.

Pomegranates :P
@kleptomage
I don’t know how Ford maintains its now obscure and ailing luxury brand that until recently merely slapped on leather and some electronic gimmicks onto their Ford models and call it a Lincoln. Ever since they got rid of their Town Car.
But their previous MKZ sedan looks bizarre… I seem to like it… 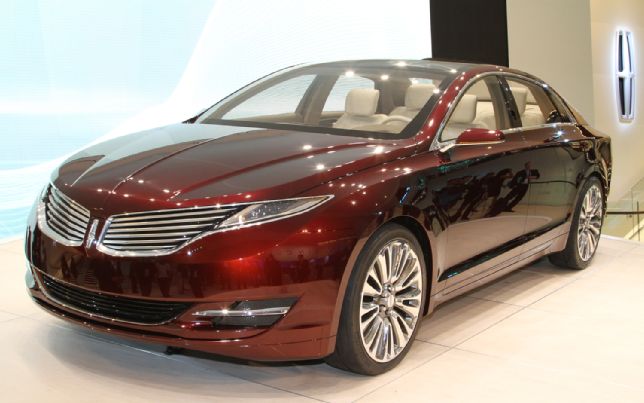 Certainly a rather unique look to it.

Needs to know Hebrew.
Little bit off topic but since it pertains to cars is anyone here into the Crazy Taxi series? Not that much has been done with it lately but I’m imagining a virtual reality remake for the fun of it. At this time there’s a huge lack of crossover MLP art with that game here on the ’Booru too.
Posted 5 years ago Report
Edited 5 years ago
Link Quote Reply

@race’emhard
Volvo isn’t my cup of tea but their cars are nicer than anything Lincoln has.

@Flying Pancake
I could spin a really depressing story out of the ad if I wanted to. The Continental is one of the last full size American sedans. An ad should emphasize it as something exceptional and uniquely American. The older demographic likely to shop Lincoln would eat that up.

@SeraphimDawn
Apparently a lot of people didn’t like Lincoln’s old spread wing grill, which is why they changed it. Personally I liked it better than their current style which imitates Jaguar.

Genesis is ok. It’s not at the level of the established luxury brands but it doesn’t cost as much and is very likely more reliable. I wouldn’t mind having a V8 G90.

Pomegranates :P
@kleptomage
Ford seems to lack enthusiasm for their luxury brand. I get the feeling they are only keeping it as a legacy badge or something. Lincoln is just… there. It’s the VIP chauffeur brand of some sort.

Genesis only has one car in it’s line up right now, the rebadged Hyundai Equus/Genesis. But I hear they’re going to come out with a full fleet line up next couple years.

If I recall, Kia also has some luxury models on their badge right? The Cadenza and K900, pretty rare cars on the road. The Cadenza competes with Buick Lacrosse, Nissan Maxima, and the Toyota Avalon. It’s based on the Hyundai Azera.

Also,
I don’t like the new Acura MDX grill… Prefer that “silver mask” one of the previous generation. At least the TLX still has it for now.
Posted 5 years ago Report
Link Quote Reply

@SeraphimDawn
Lincoln has been a neglected and largely irrelevant brand for a long time. It would have been better if Ford had discontinued Lincoln after the recession hit them and only brought the brand back when they had a solid lineup in the works.

Genesis has two cars, actually. The G80 and G90. I wish luxury brands would stop with the alphanumeric names. You read enough of them and they begin to blur together like the Acura MDX and Lincoln MKX.
Posted 5 years ago Report
Link Quote Reply

Pomegranates :P
@kleptomage
You can blame the Germans for the alphabetical names on luxury brand cars.

Also, I HATE what Lexus did to their IS 250’s headlights. 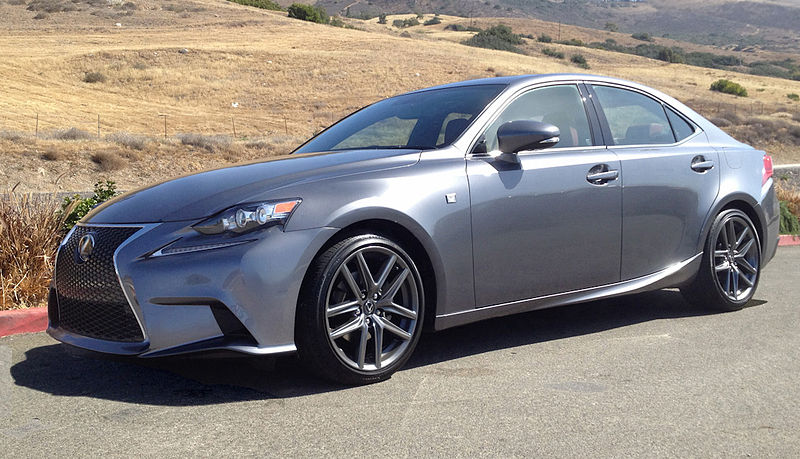 I know they tried to give it a more “scarred” and aggressive appearance. But instead made it look like it’s suffering from down syndrome.

Remember when Lincoln stood toe to toe against Cadillac? Those were the days.
If I’m not mistaken, Batman’s Batmobile was based on an old Lincoln concept car right?

@kleptomage
Yeah, market it as something classically American to attract the traditional audience, and to attract younger customers, use the road trip idea, but actually show a group friends enjoying it instead of a bunch of angsty hipsters.


@SeraphimDawn
The thing that bugs me about alphanumerics is that they don’t mean anything. It used to be that “335i” meant “3 series, 3.5 liter engine, fuel injected.” Simple, easy to understand, and informative. Now, though, there’s things like “MKT,” “QX50,” or “XT5” that mean absolutely nothing, and even formerly descriptive names don’t mean what they should.

If I’m not mistaken, Batman’s Batmobile was based on an old Lincoln concept car right? 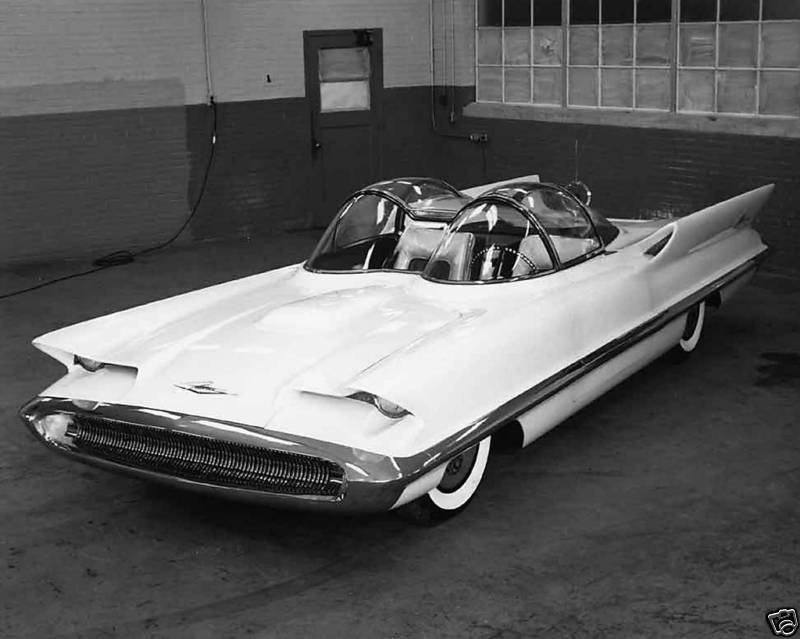 A great looking car in its own right, and one of the very few that actually looks good with a bubble top.


What happened to Mercury is an object lesson in how to kill a car brand through neglect. By the end, they had no unique models, Ford pretty much overlapped with their market segment, and whatever little styling changes they had often made them look cheap and plasticky compared to Fords. (That left such a strong impression on me that I still have to actively remind myself that they were semi-luxury and not a budget brand.) Hopefully FoMoCo has learned it’s lesson and will give Lincoln a real reason to live. The Continental is a good start, but they need more than one unique car if they want to be relevant.
Posted 5 years ago Report
Link Quote Reply

@kleptomage
Yeah, market it as something classically American to attract the traditional audience, and to attract younger customers, use the road trip idea, but actually show a group friends enjoying it instead of a bunch of angsty hipsters.

That’s something I’ve noticed with pop culture and the mood these days. People seem to be always agitated and dejected.
Compare that to the sunny stuff they had in the 70s and 80s, when everything naturally looked optimistic and exciting in sight and tone. It’s almost like people just forgot to be happy after the 2000s.

Everything is either lazily done or freaking forced these days.

Why did GM discontinue Oldsmobile?
They tried to make it a brand that is in tier slightly higher than Chevrolet, but just below Buick.
Posted 5 years ago Report
Edited 5 years ago
Link Quote Reply