Hey.
Does anyone here watch Regular Cars Review?
He’s like one of the only automotive comedian, historian, musician, all in one kind of guy on YouTube. Like his name suggests, he does reviews of everyday ordinary cars.
Posted 5 years ago Report
Link Quote Reply

Pomegranates :P
My aunt used to drive this. 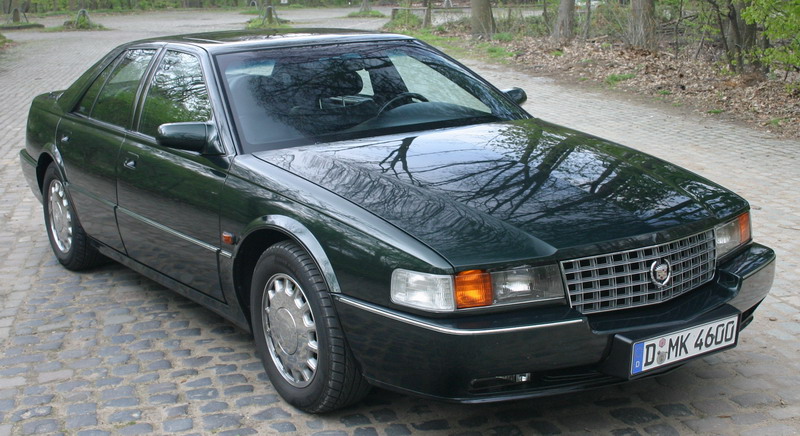 The first time seeing such a large car after freshly immigrated from Taiwan, where smaller Japanese cars and motor-scooters were the standard modes of transportation, back then was unprecedented.

The front hood is as large as a queen sized bed!

I miss my dad’s 1998 Mercury Villager…
It was a sturdy and comfortable van. Simple and fun to ride.
It’s got a crazy commercial as well
Initially used as a family and grocery hauler. Later used as a work van when we got our Honda Accord.
Gave it to my uncle, who later sold it for cheap.
Posted 5 years ago Report
Edited 5 years ago
Link Quote Reply

The Kia GT will debut at the Detroit Auto Show January 8th. I’m eager to see if it will be only RWD or if AWD will be available. A rear-biased AWD system like Jaguar has would be great.
Posted 5 years ago Report
Link Quote Reply

Pomegranates :P
Suzuki basically brought their own downfall on the world stage by copying Daewoo cars.
They were more know for their motorcycles and offroad vehicles.
I still see a lot of SX4 driven on the road.


Mitsubishi barely exists. They pretty much only have the RVR crossover and the larger Outlander, the Mirage subcompact, and the Lancer compact sedan to compete with he big players now. They sell for lower price than most other brands. I miss their Eclipse roadster and their EVO Lancers.


I’ve also noticed the Mini Coopers are quite popular with women drivers. 90% of the Mini drivers I see are women.


@kleptomage
2017 is going to be an interesting year for the automotive world.

Man, Kia has taken growth hormones over these few years to become one of the major players on the field now.
The Kia Soul, which remains popular, is the only “Cube” type vehicle still being sold at the present.

Not all makes had colorful interiors in the 90s. Both the 95 and 97 Plymouth Voyager (well, those my Parents had at least) had grey interiors though yes there were 91-96 B Bodies which had red and blue interiors. And yes I do watch RCR. The first RCR video I watched was for a 1976 Chevette and I couldn’t understand most if not all the words he said in the start of that particular video.

Pomegranates :P
@BarryFromMars
He has his quirks in the type of voice he uses.

I like how he explains the settings in the times when the cars he reviewed were made in. His personification of some cars, and the humourous generalization of people who driven certain cars.

I’ve watched RCR since December 2013. I found the channel as a suggested video on Youtube. It was his old Echo. I wondered why the hell it was there, and clicked on it out of curiosity. I watched it, and then a couple more, and then subscribed. Not too long afterwards, and article on Jalopnik was posted about RCR.

I like the videos because they have a mix of cars, Mr. Regular’s English degree, and the occasional trip DOWN TO BROWN TOWN.
Posted 5 years ago Report
Link Quote Reply

Pomegranates :P
@race’emhard
He’s made numerous pop culture references in some of his reviews that most of us here might have grown up with in the 90s and 80s.

Wasn’t Toyota Echo the predecessor to the Yaris?

Also, Subaru should bring back the SVX! Prison Jumpsuit Lover
@SeraphimDawn
That’s a nice Cadillac. I adore ones from the late 90s. Basically that car was your “welcome to ‘Murican cars” as it stuck out amongst non-American cars! :D

the videos are sometimes not very regular… oh well, that’s still okay. Yeah, his name was the thing that made me wanna watch his videos. I’m a fan of ordinary cars.

Pomegranates :P
@RainbowDash69
It drank fuel like a elephant! I still occasionally see some driven around, reminded of how large they are compared to most of today’s cars. That was the exact same colour on the one of my aunt’s.

Another of my aunt in law had a 1995 Chrysler Sebring coupe.

She traded it shortly after like two years, for a 97’ Infiniti QX4. 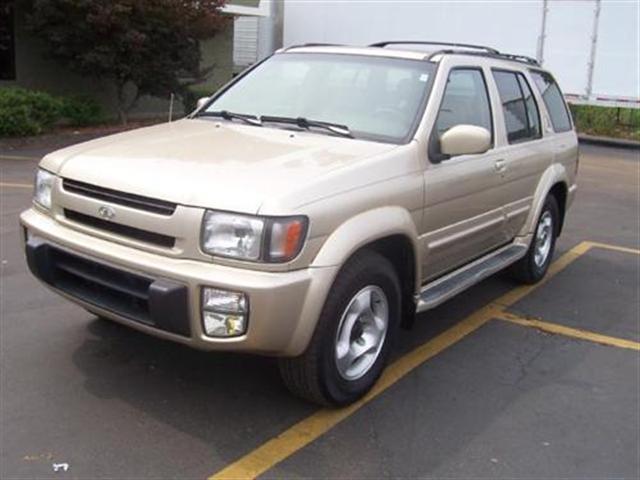 This thing sips fuel like mad. To think she used it as her daily driver. Still drives it to this day, but only for going to church and on weekends.
Posted 5 years ago Report
Link Quote Reply

@SeraphimDawn
Fun fact about that Sebring- its grille is completely fake. The car gets all the cooling air it needs through the less obtrusive lower grille, but the solid upper “grille” was kept for the sake of appearance.
Posted 5 years ago Report
Link Quote Reply

Pomegranates :P
@Flying Pancake
TIS WAS ALL A LIE!!!

But I hear it was a great car nevertheless. The Sebring badge spanned for almost a couple decades before being replaced by the shortlived 200 series.
The first gen 200 was famously endorsed by Eminem It was the most kickass commercial IMO in recent automotive history. The second gen didn’t do so well that FCA has recently discontinued it this year along with their Dodge Dart compact.

It’s a beautiful car if you ask me.
Posted 5 years ago Report
Link Quote Reply

@SeraphimDawn
It’s a strong commercial but its tagline is false. Chryslers are made in Canada.

Chrysler seems to be dying. They only have two vehicles now, the most popular of which is a minivan and the other is the old 300.
Posted 5 years ago Report
Link Quote Reply

Pomegranates :P
@kleptomage
I see a lot of 300s on the road. But most the 2005-2008 ones. It’s like car with a soul of an SUV. Looks like a poor man’s Rolls Royce.
Chrysler has been a dying brand since the 90s. Shame, because it was one of the major backbones of North American automotive history. They focusing more in crossover now because it’s the hottest thing at the current.
That is where Jeep brand shines. And they have little to no reason to put crossovers in the Chrysler brand in an already oversaturated market.

I wish they’d revive badges such as the Lebaron, Imperial, or the New Yorker in some shape and form in the modern market.
Posted 5 years ago Report
Edited 5 years ago
Link Quote Reply

@SeraphimDawn
Chrysler made a couple big mistakes with the 200: they didn’t do enough to differentiate it, visually or otherwise, from the negatively received last-gen Sebring, they named it “200” after the 300 had already been on the market for years (why would I want to buy a car that you’re telling me is only 2/3 as good as your other one?), and after that initial burst of advertising they never really seemed to care about it or try to do much with either it or the Dart (which should have had a performance model). It’s a shame too; I’ve heard that the AWD V-6 200s are good cars, but I’d never even heard of that configuration until they were already shutting down production.


@kleptomage
Wow, I hadn’t realized that. Hopefully they’ll get the chance to introduce something new before fading away. Maybe once Alfa’s established in the US?

@SeraphimDawn
The 300 looks more like a Bentley than a Rolls Royce. It’s not a good idea for a $35,000 car to invite comparisons to one six times its price.

@Flying Pancake
I don’t know but I wouldn’t count on Chrysler sticking around after the Pacifica and 300 stop being profitable enough to justify the brand’s existence.
Posted 5 years ago Report
Link Quote Reply

Pomegranates :P
@Flying Pancake
It’s very rare for an affordable midsize car to have AWD, let alone V-6 along with it.
The only other one I can think of within similar price range is the Subaru Legacy.

The interior is also beautiful

The latest generation of the 200 also had a design flaw on its rear hood. It being too slanted and coupe-like for a sedan. Making it troublesome for taller people to enter it.

Also, the car was introduced when SUV crossovers were in the process of dominating the market. Timing also killed the model.

Just like Lincoln, Chrysler seems to suffer the same lack of brand enthusiasm as the former.

@SeraphimDawn
Chrysler got a bad reputation for their early 2000s interiors, but that both looks good and like it’s a genuinely pleasant place to be.

Is Chrysler a luxury brand? Mid-lux? Or a general consumer brand?

That’s probably a big part of their problem. They definitely try to project an air of luxury, but they don’t really have the credibility of Cadillac or Lincoln, to say nothing of the European brands. Making matters worse, FCA has a true luxury brand coming in the form of Alfa Romeo, so I’m really not sure where Chrysler is supposed to slot in. Maybe they could stay around the same price range as Dodge, but focus on comfort over performance?
Posted 5 years ago Report
Link Quote Reply

@Flying Pancake
These days a new truck or SUV can cost as much as a luxury car and luxury brands are going downmarket like Mercedes with their CLA while regular brands like Ford offer almost all the amenities of a luxury car in their high trims. What does luxury really mean now?
Posted 5 years ago Report
Link Quote Reply

Prison Jumpsuit Lover
@kleptomage
only two cars? damn I just noticed. well, they have all the subsidiaries to keep them afloat for now (Jeep, Dodge, Ram) I’m hoping for a sweet SUV soon


@Flying Pancake
if Chrysler could focus on the 300C as a very luxurious car, they would get a good grasp of the luxury consumers in America, I’d say.
Posted 5 years ago Report
Link Quote Reply

Pomegranates :P
@kleptomage
It’s getting harder for regular consumers to afford standard tier cars as they keep adding stuff on them year after year giving the cars more “luxurious” feel and function, at the same time adding needless costs to it.
While luxury brand cars which occupy the fast lane on latest gadgets and other luxury gimmicks, drop in value at tremendous rates giving them poor resale values, yet are expensive to maintain.

Prison Jumpsuit Lover
@SeraphimDawn
I think Chrysler is just like Buick. that is, in terms of build quality. only good part is Chrysler still drops a V8 in their delicious full-size sedan, Buick doesn’t. I bet Chrysler would do well with a nice little turbo though.

speaking of that, I’m afraid resale values are gonna diminish for every car class due to increase in the technology, regardless of luxurious components because the hardware becomes outdated.
Posted 5 years ago Report
Link Quote Reply

Saturn probably had one of the shortest lifespans of any car brand, minus the one-offs such as the DeLorean.
What was the point of that brand again? Other than to make hideous looking vehicles?
I hear it was meant to be GM’s semi-autonomous line aimed at competing against the rising Japanese brands.
Posted 5 years ago Report
Link Quote Reply
Interested in advertising on Derpibooru? Click here for information!