Rocknut Tribe
I was at the Frankie Muniz Grand Prix of Long Beach, the thought of having been televised for the world to see is terrifying.
Posted 10 months ago Report
Link Quote Reply 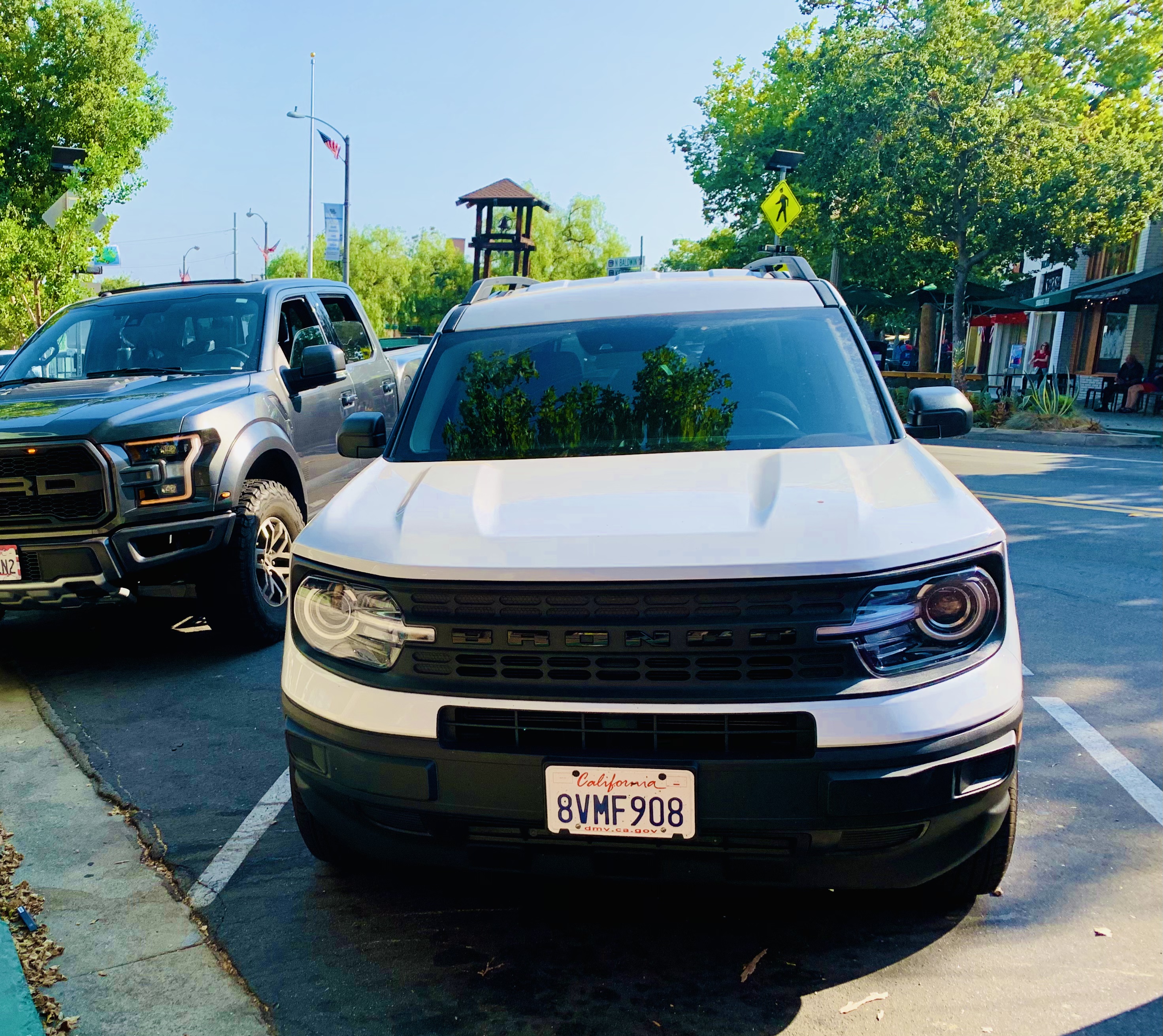 Ya my area has like 4 of em. The dealership I drive by sold all they had. Now a different dealership has the new 2022 Grand Cherokee (all the new jeeps look so similar)

EFC Lightweight Champion
So this new Bronco thing will be on Horizon 5.
Posted 10 months ago Report
Link Quote Reply

Giraffe superiority
@Background Pony #2DDD
screw the sport thing all together. You either want an offroader or a sports car. The in between is a mess of things that just doesn’t work right
Posted 10 months ago Report
Link Quote Reply

I got my car paid off and title in hand eight months early. I should be happy about that, but I’d sure like something more fun to drive or at least more practical.
Posted 10 months ago Report
Link Quote Reply

Zamasu
@kleptomage
At least you own it outright now. I still have less than 2 years on my loan.
Posted 10 months ago Report
Link Quote Reply

@kleptomage
Congrats. it is nice to not have to worry about paying those pesky APR’s


@Count Adramélekh Sear
Perfect. Perhaps they will make a nice dune running racetrack where you can race something silly like Bronco vs Toyota Sienna on a sandy dune!

EFC Lightweight Champion
Alot of egos were destroyed on that night.

When I had posted that: 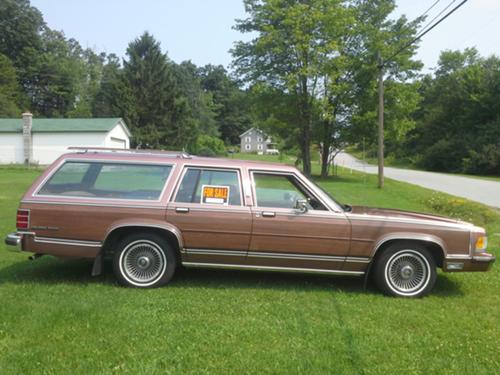 My 1990 Mercury Grand Marquis Station Wagon needed the fuel lines replaced again, as in 2020 I put 3/8 line on, which was too big. The fuel pump couldn’t keep up with those large lines.

Well, I recently replaced the majority of the fuel line again with 5/16ths line (it’s 3/8ths by the tank,) and I just got done fixing the hood problem. The hood issue was simple: the latch had just loosened a bit, and the latch was pushed to the left just far enough to not close. I just needed to loosen the latch, and attach it in the right place. The hood release cable didn’t need replaced, thankfully.

I was going to fix the oil dipstick tube, but it’s not necessary now, and leaving it undone may help me replace one spark plug & wire easier anyway.

I just need to re-attach some final parts at the gas tank filler tube, then I’d like to fix the engine fan shroud (it’s split at the top and the fan hits it, making noise) and then I’m nearly ready to try driving the Wagon; a little cleaning, and we’ll see how the car fares now with its new fuel lines.

I still haven’t replaced the panels on the side, but I did replace some of the fuel lines as one of my more recent repairs. I then pulled it out of the garage, and pulled it back in without putting the front drive shaft on. -(\ Anyhow, since I jammed the transmission shift linkage and drive shaft together _and then broke the steering column shifter again, the car sat for a while until I had the obvious enough idea to just hit the silly drive shaft with a hammer, to move it back in position. So now the drive shaft’s not jammed, but the interior’s a mess while I wait for parts.
On the 2005 Explorer:

I got new tires 2 months ago, replacing the oversized ones (that were about 30.1” in diameter) with a smaller size that are OEM spec. The new tires are about 29” in diameter. and these new ones actually get 1 MPG better mileage. Going from 17.5 to 18.5 MPG is still 1 gallon every 400 miles; 2.5 gallons every 1,000 miles. Every little bit helps in this low MPG range.

I also had the fuel filter replaced yesterday, for $35, at Monroe Muffler. I couldn’t figure out how to use a “quick disconnect” filter even with a video, so I just had them do it. I cut open the old filter, and it didn’t look too bad. I’ll probably never change a fuel filter on this car again.
Posted 10 months ago Report
Link Quote Reply
Background Pony #1600
@RainbowDash69
Not surprising that the old Jeep beats the new Jeep.
Posted 10 months ago Report
Link Quote Reply

Needs to know Hebrew.
I took the Mercury off the stands today, then I power washed it off and later, drove it a little. It’s getting enough fuel, thankfully. Now I need to get it re-inspected.

Prison Jumpsuit Lover
Took a picture of the beauty today, the “Not as good as the old version” All-New Grand Cherokee L 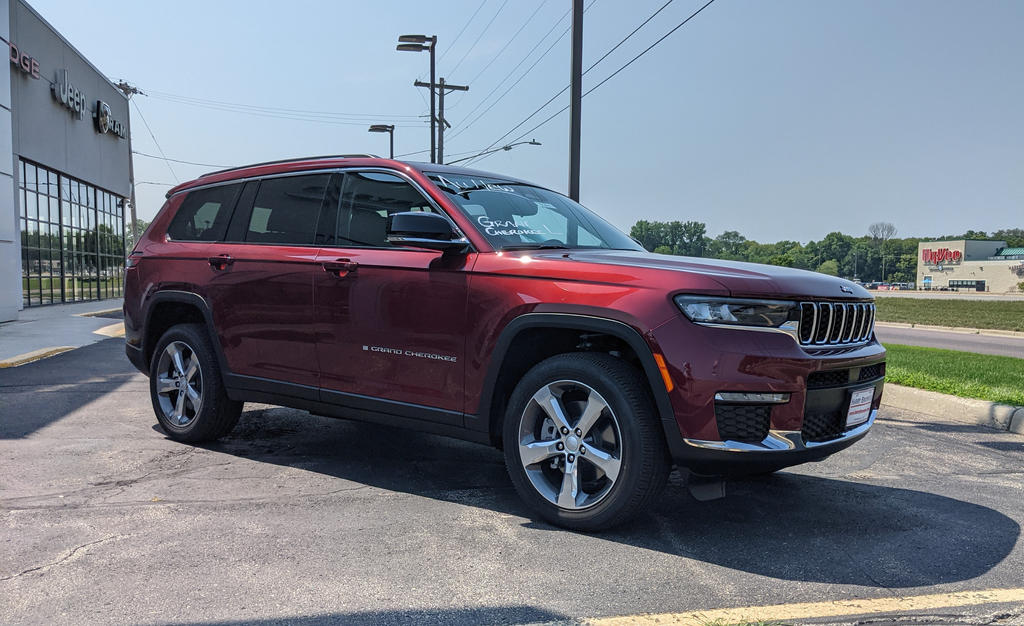 Poor K2500. I am most excited to see the big old Suburban fixed up. Seems like the brutally simple solution is the one that will always work, as long as you’re careful, since you’re an expert it seems to always work out well!

Hmmmm 18.5 mpg isn’t too bad for a heavy SUV. I do think most SUVs would benefit from smaller tires. Unnecessary especially on non-rugged models.

EFC Lightweight Champion
The full moon can be so bright that Tesla automatic driving system mistakes it as a yellow traffic light.
Posted 10 months ago Report
Link Quote Reply

Actually, I’ve gotten to 20 MPG pretty frequently in the 05 Explorer. I could probably up it to 24, if I made a few more mods to the car. (Electric Engine Fan: probably 2 MPG. Coolant Heater: Possibly 1. Aerodynamic Mods: at least 1. Maybe a few more mods, and I feel like I’d have 24.)

Needs to know Hebrew.
Well, I test drove my 90 Grand Marquis Wagon again, and now the brakes in the rear seem to be hanging up again. I’m not sure what exactly the problem is, since I had replaced the parts the other year. I’m not messing with it today, though.
Posted 10 months ago Report
Edited 10 months ago
Link Quote Reply

Needs to know Hebrew.
I was going to post photos of an 80s Country Squire I saw in June, but it didn’t work from that site. Ah well.

My 05 Explorer seems to have another rear bearing that went out, or whatever it is that started making grinding noises. I’m not gonna mess with that now, it’s nearly Saturday. Ah well, at least yard sales got me another 1950s / 1960s Roaster Pan.