Needs to know Hebrew.
There doesn’t seem to be a thread on here for this, so I created it.
This can be for Tenor Guitars, Plain Guitars, Baritone Guitars, and Bass Guitars. Also Mandolins, Ukeleles, Lutes, whatever. It doesn’t matter if it’s ACoustic or Electric, what brand, or what number of strings. I’ll draw the line at Pianos and other instruments like Percussion (Drums, etc) Keyboards, Keytars, Air Instruments (Flutes, Saxophones, etc) and Water Instruments like a Hydraulophone. Those can have their own respective threads, though I’m not making them now (and I may or may not start them.)
If anyone is casually reading here, guitarists can sometimes want to buy one of everything. That’s a little bit of what this thread’s about. I don’t want one of everything, though; some guitar models just don’t interest me.
Now, I’ll start with my favorite brand.
Personally, my favorite brand is Mosrite (pronounced “Moe’s Right.”) They’re often a forgotten brand, but Johnny Ramone almost exclusively played them. Funny how he tended to just play one of the rarest models ever manufactured, though; a 1965 Mosrite Ventures II (“Slab Body” version.) 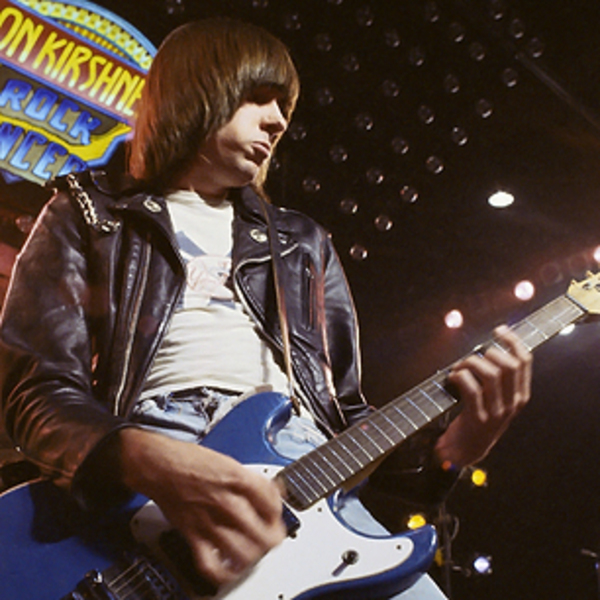 Mosrite models are a bit of a strange lot; somewhere between Fender and Gibson for tone, but usually with single coil pickups that have about 11k - 12k of wire in the coil, meaning they can overdrive an amp pretty well without any pedals. They do not use P90 pickups at all, that’s a misconception. They can sometimes sound a bit plain (specifically with old strings and not the best amp settings) and not very “flute-y” as a Stratocaster Neck Pickup. However, I stuck a set of .13s on mine, and I seem to get pretty close to a meatier Telecaster sound with it - but not quite. I do notice how mine (1966 Mosrite Ventures II [Carved Body version]) tends to not muddle the notes much, if you’re playing chords; all of the strings seem to be easier to hear, if I’m just overdriving an amp.
Here’s a Video Demo of a 1963 Mosrite Ventures I model, with some decent descriptive tone.
Sadly, Mosrite is not a common brand anywhere, except maybe in Japan. They started in North America and they became very popular in Japan, but the rest of the world seems to have largely forgotten about them, if they even knew them in the first place. They’re not advertised, they’re probably not in even 1% of all guitar stores across America; only 2 stores I know of in the entire country might be carrying new ones. And no, the Eastwood brand’s guitars do not count; they’re like an Epiphone in Mosrite clothing. Eastwoods get the shape, but that’s it; the sound is not the same. The necks are also a lot chunkier than a Mosrite.
The fretboard width on 1960s Mosrites can be too narrow for some people, but I have no complaints of mine.
Here’s a photo of a guitar that’s like mine, but it’s a later one under the more common “Ventures Mark V” name: 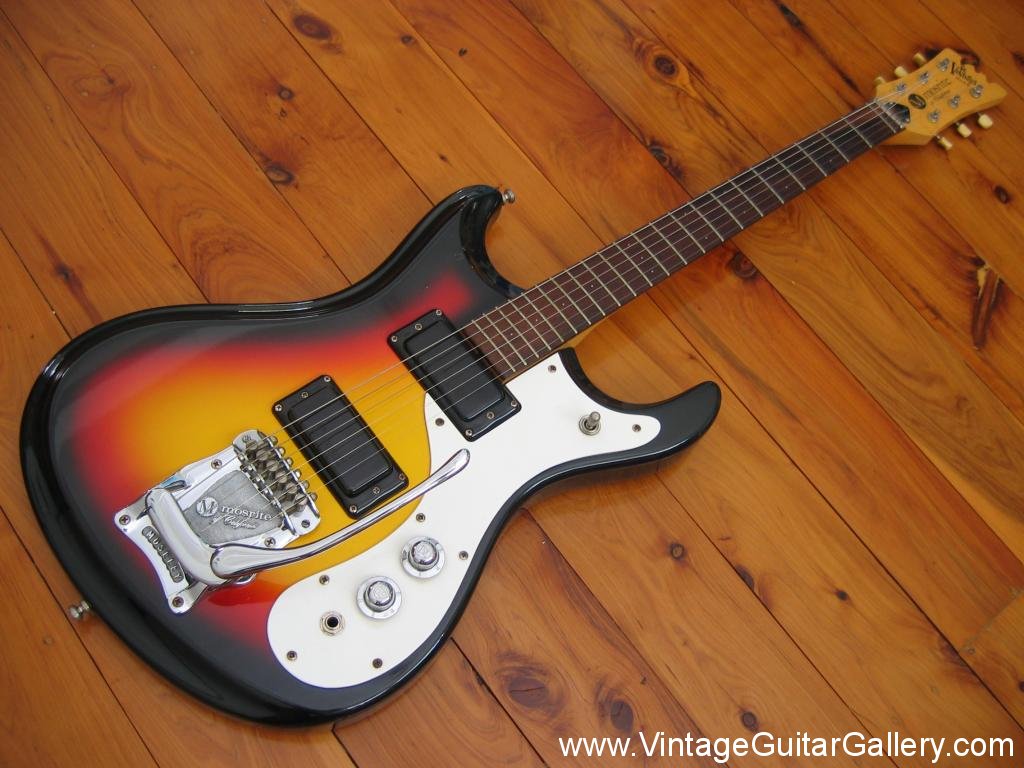