Now I’m imagining Loona going on a warpath to save Collin from danger after reading that.
Posted 4 months ago Report
Link Quote Reply

That's him, officer
Some more Collin and Loona

EDIT: Didn’t expect the piece to be taken down
Posted 4 months ago Report
Edited 3 months ago
Link Quote Reply 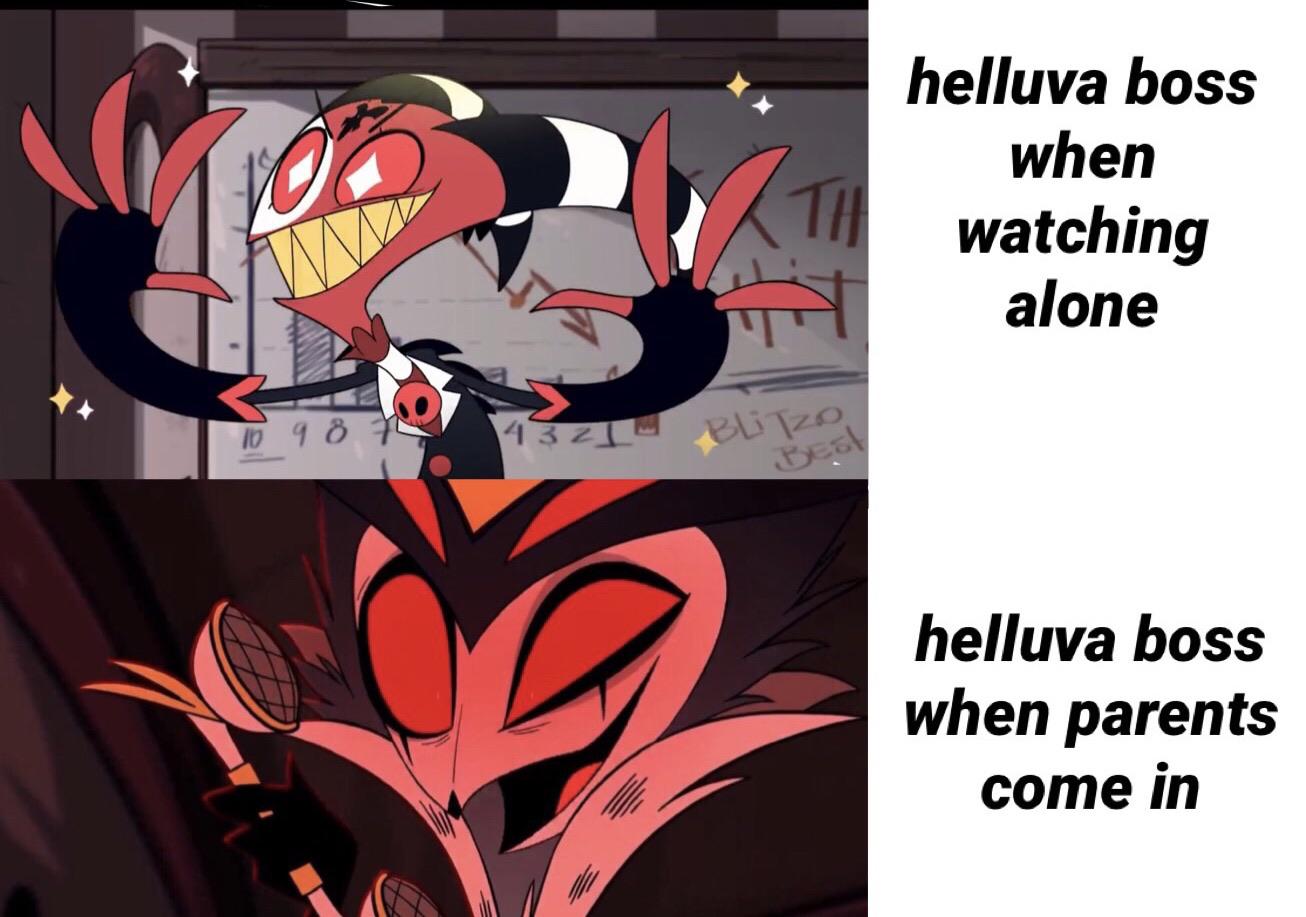 tinyurl.com/dymbb3a
I wonder when the next episode of Hazbin Hotel is coming out.
Posted 3 months ago Report
Link Quote Reply

That's him, officer
I’m almost entirely convinced that the next episode of Helluva Boss is gonna be a backstory/flashback episode.

We’ve still got the rest of the year to find out.

That's him, officer
So cute 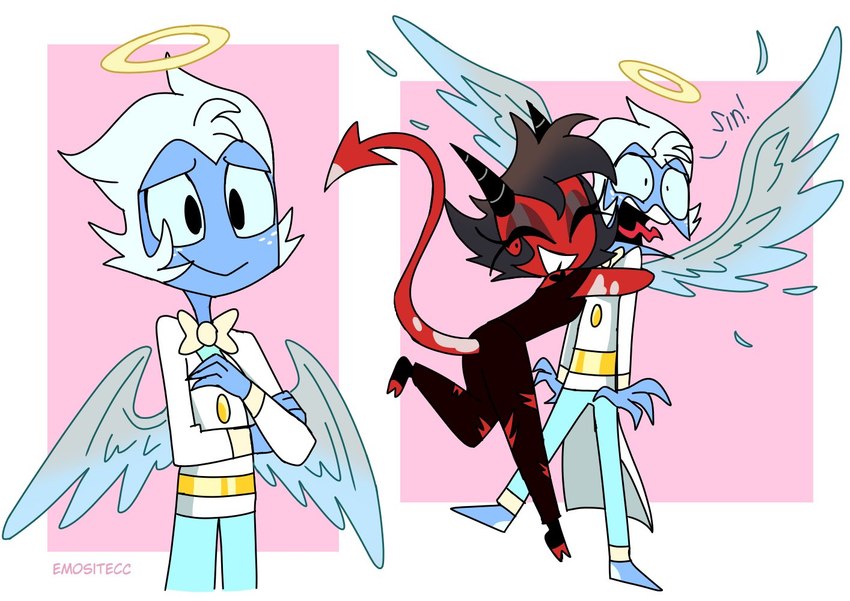 That's him, officer
Anyone else think of the scene from The Sandlot? 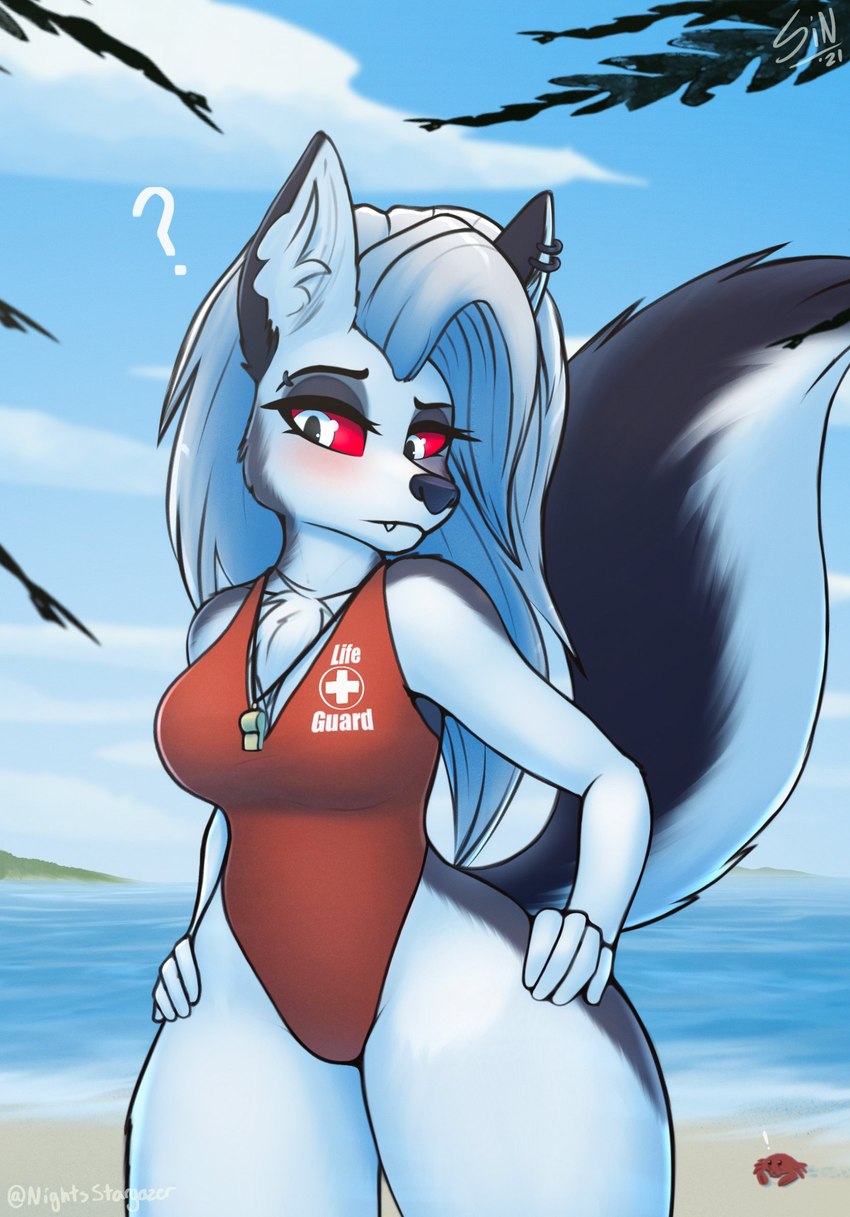 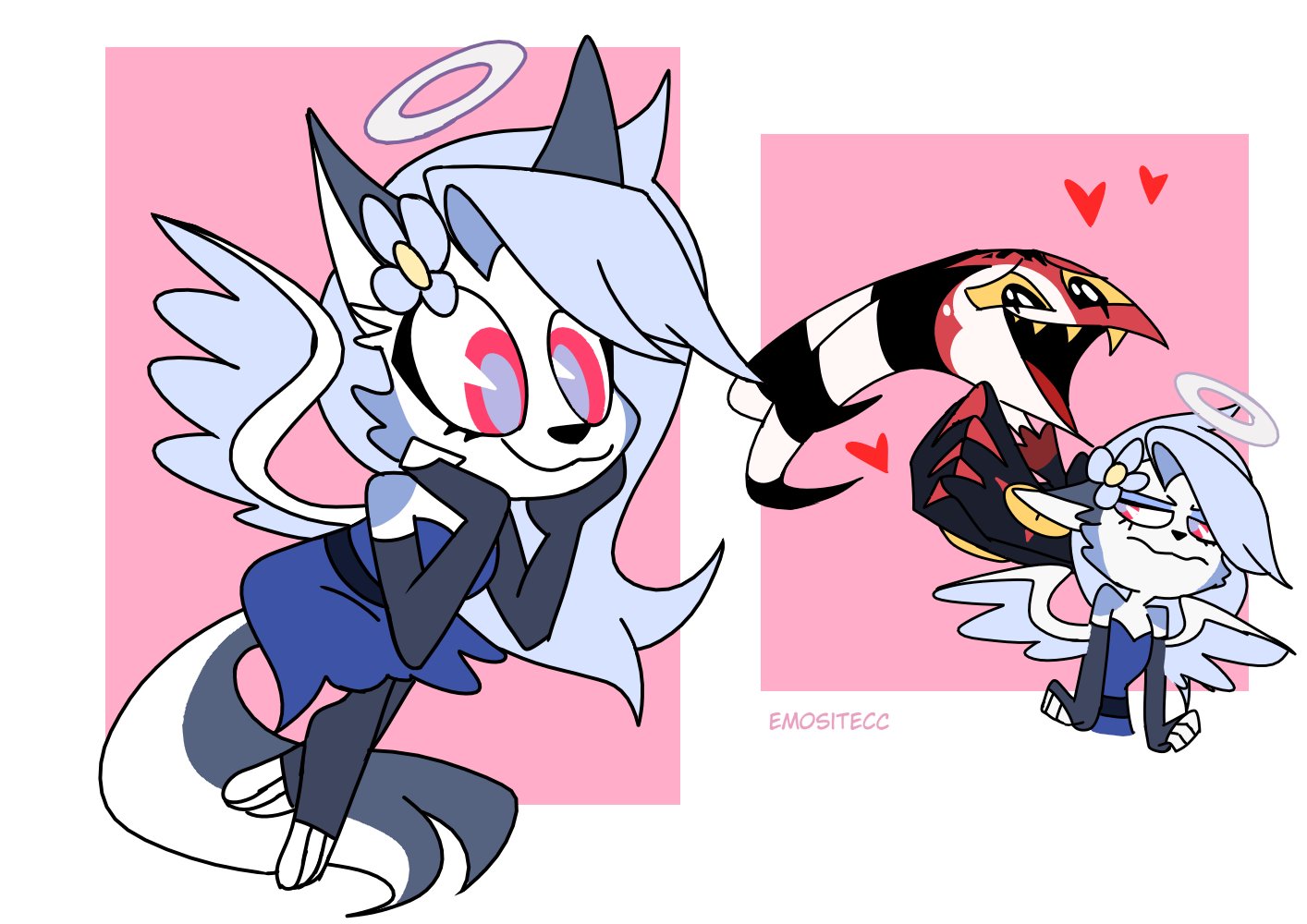 That's him, officer
@The Equestrian Zodiac

Kiss The Rain
@The Equestrian Zodiac
I thought I’d recognized that art style before looking at the signature, but that’s adorable
Posted 3 months ago Report
Link Quote Reply 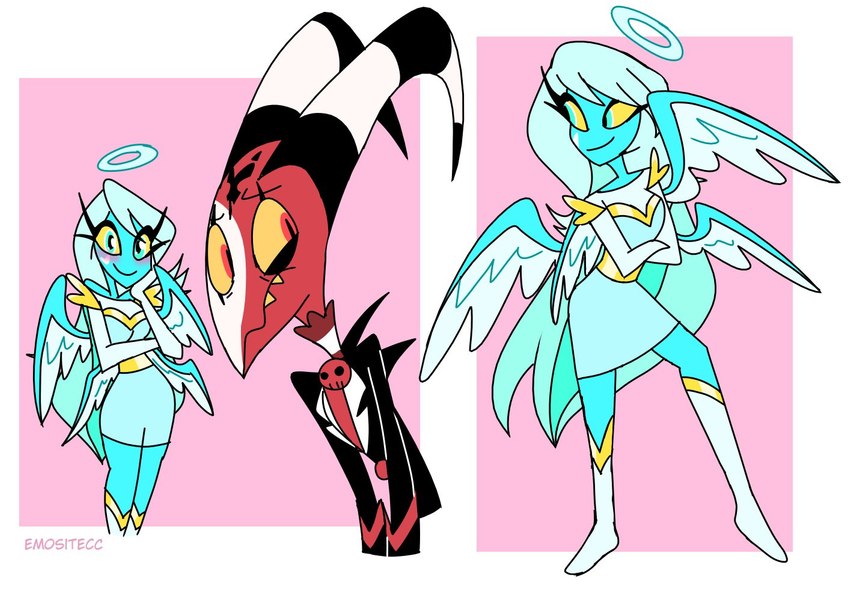 Bad taste in everything
I had a dream about there being a new Hazbin episode.

The main part I remember is Angel Dust working at a gay strip club. He pole dances a bit like in the Addict video but quits early when he notices an ex-boyfriend of his. So he goes over and tries talking to him, but the guy has nothing good to say and even warns his current boyfriend to stay away from Angel Dust. He runs into another ex shortly after with similar results.

Angel leaves the club depressed after that. Then he gets in trouble with some dog demon (not an anthro hellhound like Loona, an actual four-legged dog, probably an undelrling of Valentino) for quitting his act early.

Then Alastor pulls up driving some weird hard-to-describe vehicle with the rest of the gang. Angel gets in but so does the dog. After it keeps nagging Angel, someone finally chucks it out of the window. Then it turns out the dog now has to fill in for Angel and is thoroughly humiliated in the process. The gang cheers Angel up as they drive back to the hotel.

I could probably write a fic based on that if I cared enough to. 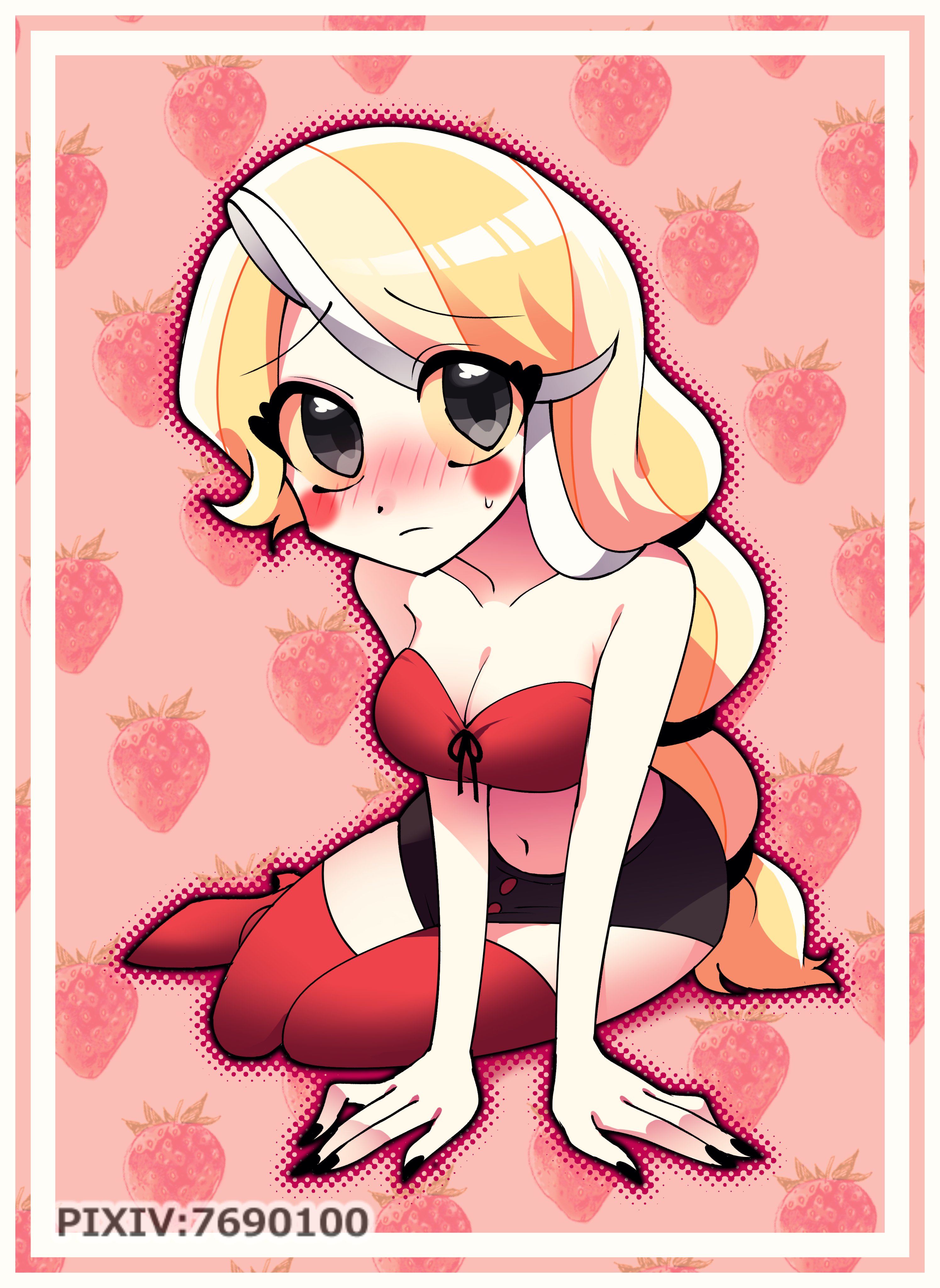 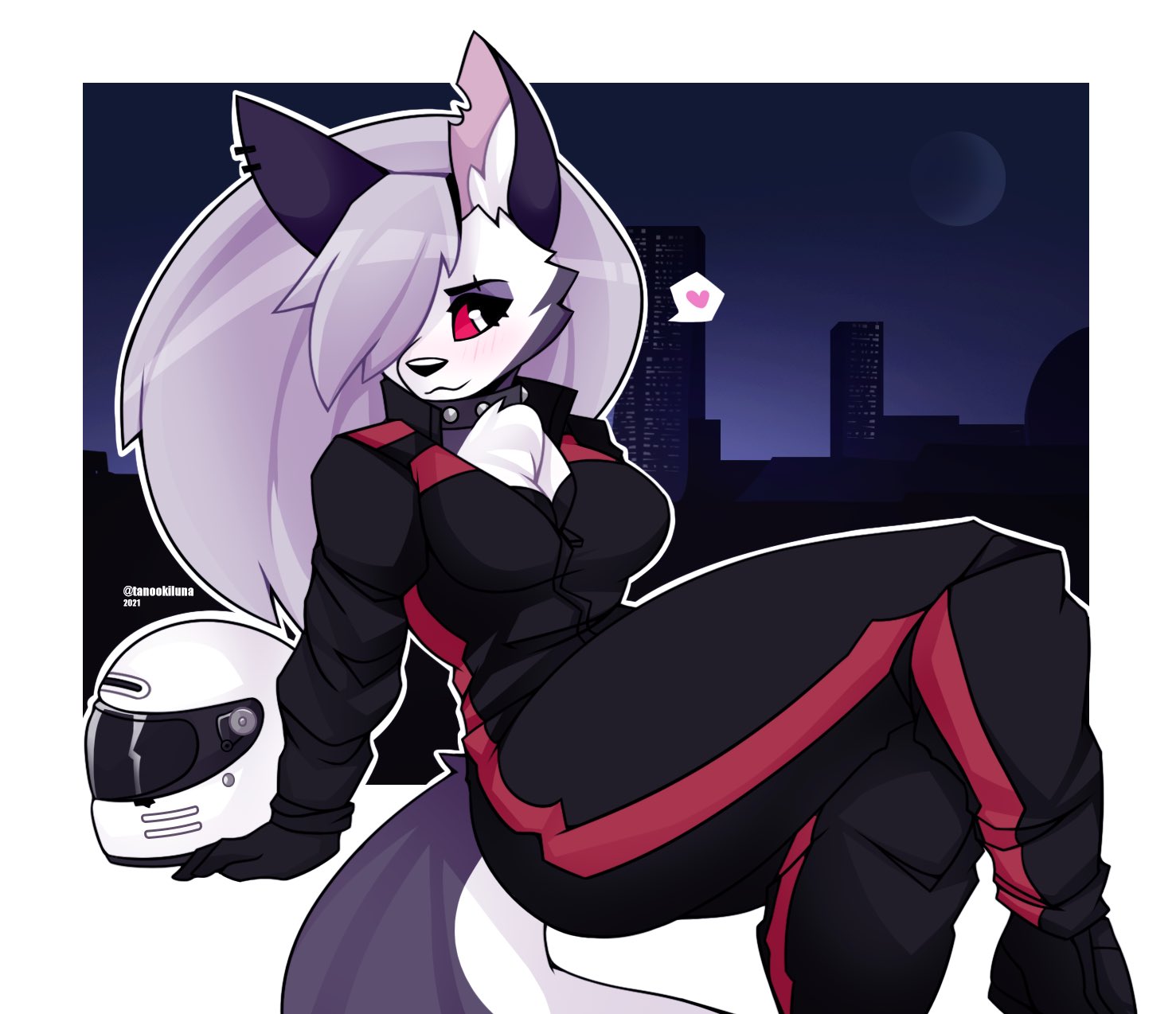 Moderator
Free the Tantabus
I realized earlier that Charlie is technically half-demon, half-angel, by virtue of her father, Lucifer. This explains why she’s so uniquely good-hearted of all the demons in Hell. While there are others who are roughly good people, she’s an angel, which is why she’s got the whole thing with the hotel going on.

Also I’d like to think this gives her seraphim wings, because three sets of wings is hot.

That would make Charlie a Nephilim, right? Half-angel, half-demon?

Chowder was a good show.

“AAAAH! I WAS WRONG! I WAS HORRIBLY WRONG!”
Posted 2 months ago Report
Link Quote Reply

Moderator
Free the Tantabus
@Random-Rambling
I think that’s the name for it, yeah.
Posted 2 months ago Report
Link Quote Reply

Bad taste in everything
@Random-Rambling
Nephilim are, at the very least, half human. And giant. They’re mentioned to be the product of mating between “the sons of God” and “the daughters of man.”

Most commonly, this is understood understood to mean half demon, half human with the “sons of God” meaning fallen angels. Which explains why the Nephilim, in the whole two times they’re mentioned in the Bible, are depicted as evil.

However, there other interpretations in which they’re fully human. In the early fifth century, St. Augustine proposed that the “sons of God” were righteous descendants of Seth and the “daughters of man” being ungodly descendants of Cain.

There’s also debate how big “giant” means. Especially since during the time the Bible was written, people tended to be shorter than they are today so even someone who’s six feet tall could very well have been considered a giant back then. Which is why some speculate that the “sons of God” were of a group that’s kind of like nobility and the “daughters of man” were more akin to commoners: in that context, the “sons of God” would be a group that’s got better access to food and better nutrition so their kids would be taller than average.

Then again, the second time they’re mentioned (Numbers 13:33), they’re described as being so tall that they’re like comparing men to grasshoppers. How much of this is an exaggeration by the spies who saw them is up for debate.
Posted 2 months ago Report
Link Quote Reply

@Dirty Bit
Chowder was a good show.
“Pepper spray? That sounds delicious!”
[gets pepper-sprayed]
“AAAAH! I WAS WRONG! I WAS HORRIBLY WRONG!”

Only way to do it. Almost makes me wonder who Collin’s Gorgonzola would be
Posted 2 months ago Report
Link Quote Reply

I friggin’ knew Loona was more badass than she was letting on!
Posted about a month ago Report
Link Quote Reply
Interested in advertising on Derpibooru? Click here for information!