[Dark] Depression/Suicides within the fandom (The revival)

Sunny Day Realtor
@Mike
Is it somebody I used to know from MLPF, per chance? The whole aromantic bisexual thing rings a bell or two.
Posted 6 years ago Report
Link Quote Reply

Moderator
Prince of Skrees
@ghostfacekiller39
Well, they’re both also on WoE. I will tell you the one’s name is Felix.
Posted 6 years ago Report
Link Quote Reply

Sciencepone of Science!
Posted in Waifu thread because Fluttershy.

Quoting here because me?

Ever have one of those evenings where you just really want to huggle somepony but you can’t and so you just feel really sad and lonely and you have no idea how long the feeling will last and making you think of a reality where you could huggle a pony makes it nearly unbearable?…
This image is blocked by your current filter - click here to display it anyway

your current filter.
Eh. Maybe I should just consider how lucky I am to feel this way in a nice house on a nice laptop and all that.
…It’s still there, though…
…I really need to figure out how to ask girls out in my classes next time I’m at university. I feel like asking some stranger out would be way too forward/intimidating/scary for them, but at the same time how do I make it so they’re not a stranger if I don’t do anything with them?…

@GameWhiz14
Thanks.
There are so many wonderful pictures of Fluttershy that capture this mood so perfectly…
This image is blocked by your current filter - click here to display it anyway

I’m not particularly smart, I’m not very well adjusted, and I couldn’t make a friend to save my life.

I’m stuck being this pathetic waste of human life. I have nothing going for me and I’m just sick of it.

I try to do right. Every day I try to do what I think would be best but I inevitably fuck it up.

I don’t even know what I’m saying, I just have so much anger built up inside of me right now and I don’t know how to let it out :\
Posted 6 years ago Report
Link Quote Reply

Feel better? I know, I have that effect on people.


Jk’s aside; I feel you
Posted 6 years ago Report
Link Quote Reply

I took a break from everything, and depression came back in full force. I feel like a slave
Posted 6 years ago Report
Link Quote Reply

So yeah… For most people, they look at me and think “Wow, what a smart kid!” or “He’ll be going places one day!”.

I have likes and dislikes. I have dreams and opinions. But everywhere I go, every time I try to speak, I feel an immense pressure that they aren’t gonna like it. And when I do speak, they think it’s silly and shrugs it off.

I’m not charismatic, I’m not strong and I’m very dependant on people. I know I ask so much and to be truthful, I don’t think I can stand on my own two feet. Sometimes I wonder why I even have legs to begin with.

But believe me, I’m very loyal and very trustworthy. I’ve never backed down on a fight before and never have I betrayed anyone. If my friend asks for answers in a test, I won’t give it to him not because I hate him. No, it was the very opposite. I didn’t help him because I knew he needed this lesson.

I’ve always helped people and I want to continue help people. I guess it’s dumb of me to say that I need help too sometimes and expect people would help me like I’d help them.

The world wants so much of me. For once, I want to be selfish and do what I want. And for once, I want people to accept that I make mistakes and that I can’t be as great as they expect me to be.

I’m tired of moving through the highway. I just want to take the scenic route for once in my life. 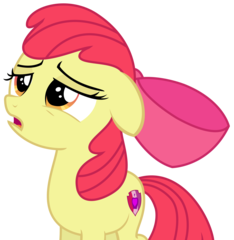 Sciencepone of Science!
@Gentlecolt
Is Applebloom the depression-tendant crusader, then? The first apperance she made in the show was a crying face to Twilight, asking her to stay for Brunch.

Then the Call of the Cutie

The most recent episode

But I think the real kicker is The Cutie Pox. That was almost textbook, since nothing could cheer her up.

It’s not just one hour with the psychiatrist, though. If they prescribe something, then the effect can be massive and even life-changing, for many people. I’d say it’s worth a shot or two. And mention you’re on a tight budget, since some medications are covered by insurance better than others (ie, more expensive than others).

Note that a therapist can’t prescribe, I don’t think, though. A psychiatrist is the M.D. who can. A psychologist is a researcher who can’t prescribe anything, either :p
Posted 6 years ago Report
Link Quote Reply

You know what’s worse than depression?
Anxiety.
I thought I knew anxiety, until recently it started to be present a lot of the time and more severe than ever before

@GERgta
If you’re concerned about responding to me; don’t. I’m okay with the supposed ears this place has to offer
Posted 6 years ago Report
Link Quote Reply

@GERgta
Just being honest. I don’t want anybody to feel they’re obligated to do or say something, because of me
Posted 6 years ago Report
Link Quote Reply

aaaaaaaaaaaaaaa
@Gentlecolt
Hoi.. A psychologist really that expensive tho? Thought that the state was somehow able to finance that, I guess I was wrong?
Posted 6 years ago Report
Link Quote Reply

There is no cure for me, because there’s nothing wrong with me. I’m just a chicken shit who keeps making excuses, incapable of facing real life head-on.
Grow up
Posted 6 years ago Report
Link Quote Reply

aaaaaaaaaaaaaaa
@Gentlecolt
Or maybe there is something wrong with you, and you just keep telling yourself that there isn’t.
Posted 6 years ago Report
Link Quote Reply
Background Pony #6BC6
I don’t even know why I’m posting this here since my problem isn’t even really depression level, and this site is generally pretty nasty in my experience, but whatever xD

I really wish I were better at making small talk with other people, and just at making friends in general. But in my current state, I have no idea how to improve, after having set myself back by destroying what friendships I did have, through being stupid. I have like one friend left on the internet, and I’m pretty sure he’s tired of talking to me because I never have anything to talk about because my life isn’t that interesting (unless we argue about my twisted and cynical world views, how charming!). So I generally avoid messaging him, as he never messages me first (the fact I am usually careful of intruding on other people’s space and just shy in general doesn’t help).

Plus in my current state the only place I can go to to make friends is the internet. And I hate that form of communication. Sure, it’s easier to type stuff than to say it, but this leads to revealing secrets or emotions that would be better hidden. And geez, is the internet a disgusting place. After being tricked online by one or two people into false friendships (though it was my own fault) I find it impossible to believe anyone is sincere (of course, I was also brought up to be mistrustful, which I don’t disagree with entirely). Very few people on the ‘net (or anywhere, really), meet my rather demanding standards anyway.

So I ask myself… what’s the point? Why do I want friends anyway, when I’m so distrustful and cynical and like being alone 75% of the time anyway? I really don’t know… lol

I don’t even know what to do anymore.
Posted 6 years ago Report
Link Quote Reply

@Gecko
You know what? Me neither. I’m so done
Posted 6 years ago Report
Link Quote Reply