@Kiryu-Chan
It’s just something I find funny especially since no one brings it probably because no one can actually remember anything about James Cameron’s Avatar.
I’ve never even actually watched that movie all the way through beginning to end and I at least know she’s in it.
Posted 4 months ago Report
Link Quote Reply

World's Okayest User
@Hollowfox The Worst
What on Earth are you going on about?
Posted 4 months ago Report
Link Quote Reply

Tbf, most of its box office was inflated from its 3D releases back in the day

Yeah I know. Avatar is the most grossing film of all time because it totaled up all the sales from James Cameron releasing it in theaters like a hundred times now
Avengers did it with a legit single release.
Posted 4 months ago Report
Link Quote Reply

I miss when James Cameron made incredible sequels that exceed the quality of the first films, but now he seems to even mess up his own sci fi franchise of killer robots. Avengers had years of buildup with its episodic formula and either the studio behind Avatar or Cameron himself got jealous and wanted to win back the glory.
Posted 4 months ago Report
Link Quote Reply

Umbreon is best Pokemon!
@icicle wicicle 1517
It did, but now it can’t handle losing that.
Posted 4 months ago Report
Link Quote Reply

@Just Wayne
Well James Cameron’s Avatar is owned by Fox who in case forget or somehow missed it is owned by the Walt Disney Corporation.
So Disney gets to own the two highest grossing movies.

@Dustcan
Well yeah how else do you think we’re getting a new one?
Cameron stopped talk shit about The Avengers and praised Endgame so now that he’s kissed the Mouses’s ring it’s throwing him a bone.

Dogs
All I know is I’m going to be disappointed if Avatar 2 doesn’t plagiarize Mass Effect.
I mean, I’m expecting to be disappointed regardless, but I’ll be especially disappointed if James Cameron doesn’t rip off the biggest sci-fi franchise of the last decade.
The movie could wave away the inconvenient 6-year trip to Pandora by saying humans invented “football goal shaped” “hyperspace transmits”.
Posted 4 months ago Report
Link Quote Reply

@Dustcan
Eh the first season of Picard already did that.
Not your example but like how wholly thing about a beacon that shows hyper machines killing all organics.

Amethyst the God Slayer
I never really got the appeal behind James Cameron’s Avatar to begin with. It always just looked boring to me.
Posted 4 months ago Report
Link Quote Reply
SleepySteve

@Penguin Dragneel
The appeal was it was pretty to look at it was all visual spectacle held together with the same basic premise of FrenGully but lacking Tim Curry singing about getting off to pollution so it’s inferiority is obvious.
But as the highest grossing movie ever it thus proves definitely that story character and such are just no substance for pretty visual that’s all most everyone cares about. 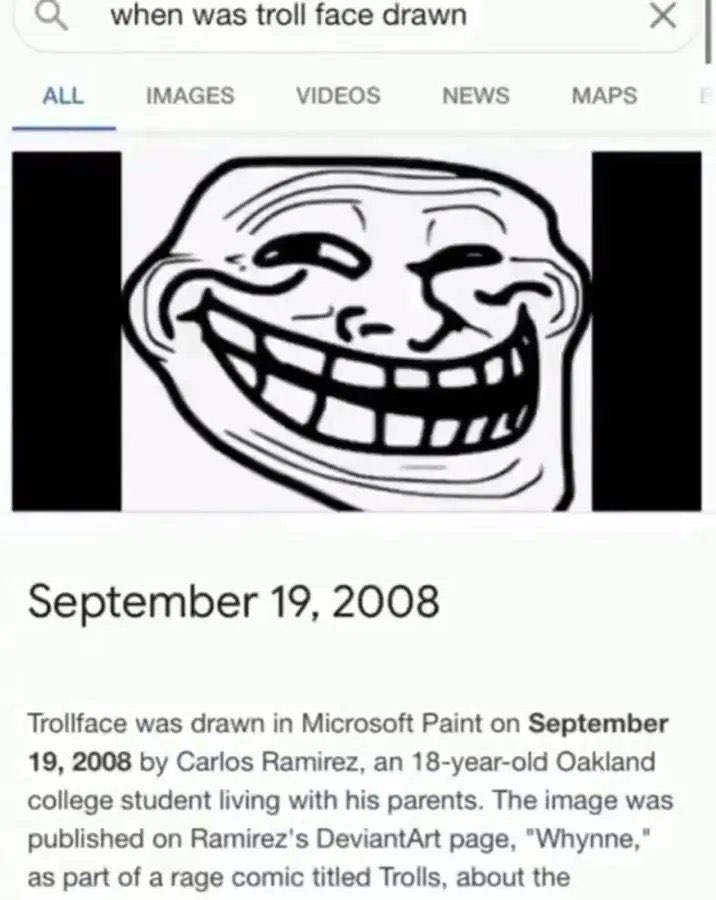 Nostalgia be like: We do a little trolling
Posted 4 months ago Report
Link Quote Reply
SleepySteve

Dogs
@Angrybrony
The best part is the post-battle explanation was something more than inanity like “x yottatons of TNT!” of “X scales to Y!” Or both.
I was fully expecting them to say something like:
“Superman once held up half of the anthropomorphic representation of infinity. Infinity divided by 2 is still infinity, so Superman is infinitely strong. Black Adam once got into a fight with Superman and held his own, thus Black Adam is infinitely strong!”
“The Hulk once destroyed a pocket dimension by punching it with enough strength to ‘destroy the universe a thousand times over’, and the Marvel universe is 100 times bigger than our own. Thus Hulk has the strength of 100,000 universes and Apocalypse once fought and held his own with Hulk. Thus Apocalypse also has the strength of 100,000 universes!”
“Black Adam’s strength of infinity equals more TNT than Apocalypse equivalent TNT strength of 100,000 universes, therefore the winner is Black Adam!”
But nope. Thank god they’ve been moving away from such banality this season. They just referenced both character’s respective canon feats, alluded to people they’ve scaled to, before brushing it aside with a handwave that they both are so ridiculously strong that numbers stop mattering. A battle won because one guy has more counters and/or useful powers is more entertaining that one guy winning because despite having a worse powerset ‘his TNT has more zeroes at the end than the other guy!’ or ‘he once fought a guy who has these many zeroes in his TNT!’
Posted 4 months ago Report
Link Quote Reply
Interested in advertising on Derpibooru? Click here for information!