Vaguely describe the last video game you played. Others try to guess what it is.

General Discussion » Vaguely describe the last video game you played. Others try to guess what it is. Search Posts
Started by Count Adramélekh Sear
Posted 8 months ago
7 replies
Subscribe

User #1: Last boss was so fucking hard to beat.

then, User #2 needs to come up with a description of the game he played for the next user to guess.

Not a wise idea on the internet, but sure, I'll play along.

ACApenetrator50
Big loud things on poles
Time frame:1939-1945
Made by a well known triple a company.
Made in 2017
First WW2 game in a while that even remotely mentions the Holocaust
Posted 8 months ago Report
Link Quote Reply
deactivated843b8160732
@ACApenetrator50

You forgot to guess which game I described, so it will stand. Just to be sure, though: 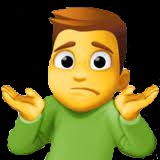 SimpleJack
It's definitely Among Us right? All crews say that. I always hear that dialogue every time I play the game. By the way, if you want to download the game, just click here and install to your PC, you won't need an emulator to run this game.

"Bombardier To your station". Can you guess what I recently played?
Posted 7 months ago Report
Link Quote Reply
deactivated843b8160732
Among Us? Really? Where do "sirens help a hero hatch an egg" in Among Us?

As for your game… Command & Conquer: Red Alert 2

Since I don't get to do much gaming of late, I'd like for there to be an exception where we name a game we like if the last game we actually PLAYED is the same as last time. This way, we can still participate.

In my case, I'll browse my YouTube history for the last game I watched footage of specifically for watching gameplay and not, say, to see memes based on that game. Furthermore, given we have popular games about to come out, like a certain prequel that EVERYONE can guess, I'll also limit myself to games that are already out.

Assuming I'm reading his post right, I'm gonna say you're wrong about it being Mahō Shōjo.

Your game is… described way too vaguely. Can I ask you to try again? With something that makes the particular game stand out among the other… I wanna say racecar games? The other ones on the market.

I'll just guess his game instead. Zelda: Breath Of The Wild.

My game: From investigating a tower, to raiding a familiar castle, to the REAL first moon landing.