ﾚα†ïη⊕
I’m outside smoking a cigar when the same fool who threatened me pulls up and didn’t say a damn thing.

I’m right here! You wanna test a motherfucker then bring it on.
Posted 4 months ago Report
Link Quote Reply

@LightningBolt
I got people who follow me around on Twitter telling people not to interact with me.

I know I’ve said some bullshit. Nobody knows all the pressure, antagonism and ego conflict that came to do that point.

It would have been so different if I wasn’t poor, if I streamed and played games with people, and drew my own characters I would be seen more of a person, and possibly treat others more like people than obstacles.

People be like that’s an excuse, and that stability and social interaction won’t make me not an asshole.

Right now I’m doing good because I have stability. I can sit back and acknowledge that nobody did this to me. The ones talking shit are just defending themselves or angry. They tried to get my best friend by banning her by proxie to drag her into the mess, she quit, didn’t even argue with them like “ thanks, I hate you too”

I’m growing my art to the point I can easily fit somewhere else, and now I’m making lots of money. Instead of begging for change as an established forum artist people just approach me with 60$-100$ because they see what I do for my friends.

I’ve been streaming art with my gaming computer and it’s amazing. People get to see the version of myself I built for a long time, and not the virtual sadist that is seen from my gore, and dry matter of fact style of arguing.
Posted 4 months ago Report
Link Quote Reply

People gain a newfound intolerance linked only to social image. They’ll block out good meaning interaction, and take greater offense just for their social image. For these kinds of people, a conversation is a chance to be wrong, they just want their megaphone and soap box, they don’t care about their peers, or interacting with people who might mean no harm.

I myself have found delight in commenting on absolute sadist motherfuckers, as much as torturing animals pisses me off, i often talk about it as a way of saying “some thing I don’t do” so I’m basically preying on people like Kero, attacking their image for my own, but why not? Nobody is going to argue with me, Kero tortures and rapes animals.

Making example of shit is sometimes good, I mean maybe I got some of that being made example of treatment, I’m just glad I don’t rape animals.

Got to take meaning from punishment even if it isn’t fair, so maybe Twitter isn’t so bad here. If Kero wants any meaning it’s “change your name, go to another country, stay away from animals”
Posted 4 months ago Report
Link Quote Reply

Apartment rules be damned, I have moved a rabbit into my place.

professional tracer
@Beth
what if i wanna meet kero, he sounds like a OK guy.
Posted 4 months ago Report
Link Quote Reply

@Slingring
They have the potential to be, someone has to take one for the team with folk ostracized for anti-social behavior.


If people don’t catch a break eventually, the Nazi Furs are going to take them in. I think people are mostly still mad because he won’t admit it, when he has years of direct evidence mounted against him.

Atleast one of the guys said that some of these evil things where downplayed in the community, and fealt like no big deal, he admitted to his part. Some of the more sick shit, is prob when you can’t tell if people are fucking around.

Some people desperate to join in communities, will get right into the ‘locker room’ talk, and eventually they got to rape this dog to belong, and be in the in-circle or what not.

So the evil here is very social, not very individual. An individual depraved of socialization might do something wrong, but in the end this is inherently a social problem, and that the only good scientific synonym for ‘evil’ is probably ‘antisocial’ which does not mean introverts, it could be extroverts that frequently disregard the generally accepted rules of society, and the feelings of others. Raping a dog violates both, hell even raping a fish is a whole different field than eating one.

Pomegranates :P
@Beth
Collective “morality” is an oppressive and outdated concept used by those without morals to keep others below them in check.
Posted 4 months ago Report
Edited 4 months ago
Link Quote Reply

@ЅℰℒᎯℙℋℐℰℒ
You my anti-social friend are not below me. Morality as it’s traditionally presented is complete garbage. The ‘new’ morality i speak of exists only to assists others in engaging in groups and meaningful relationships. This is not the sword that decides who is worthy of life and death or who is superior.

I can speak a long time in the praise of anti-social behaviors, where they come from, and how they might have benefited in society, but current society is very heavily connected, very vindictive, it helps to feel out established rules before trying to make a living in such a society.

My words are in defence and understanding of the socially estranged. I think the idea that some people ‘just don’t have emotion’ is anti-social itself, and inhibits our understanding of criminology. People that say “that person has no feelings” are ironically being anti-societal with their emotions, and not a lack of emotions.

@ᏰᎯᎠᎻᎬᎯᏒᎿ
Being able to instantly disorientate or demoralize a foe is another great part about martial arts.

I haven’t had to hug her since December of 2019, before it all went down as we currently are all now.

Pomegranates :P
@Beth
If society would just try to look deeper into what makes some people think and ell a certain way without being dismissive and in turn breeding resentment among those affected. Perhaps we wouldn’t have as much of these incidences.
I feel like those who lead “social justice” (which by now should be considered a big fucking scam) are doing a better job at perpetuating the issues. And trying to come up with “solutions” to unresolvable issues.
You know why?! That’s exactly what they want! So they can remain relevant and continue to ride off those issues to retain influence.

“Making the world a better place” is just the age old saying of “polishing a turd”
Why do people even try?
They always make things worse. They ALWAYS DO. Whether it be fixing shit that don’t need fixing and ignoring the real issues.
Posted 4 months ago Report
Edited 4 months ago
Link Quote Reply

#WaifuLivesMatter
@WyrmSpawN
Like me being an “oreo” because I hate how most black people are so argumentative and ignorant nowadays?
Posted 4 months ago Report
Edited 4 months ago
Link Quote Reply

Fluff Appreciator
@Flutter_Lover
Yeah, but that’s just one part of the experience. You have to be so maddened into selective misanthropy that you hate even the ones that don’t have the attributes you hate and worship any alternative, along with their own evils.

And you honestly don’t seem the type.

I asked an artist yesterday for a commission. Overnight, they announced on their twitter that their commissions are closed and never responded to me. I guess I should have known better after they didn’t respond to me on Discord a couple months ago. Fuck me for wanting to do business with you, right?
Posted 4 months ago Report
Link Quote Reply

#WaifuLivesMatter
@WyrmSpawN
I’m both suicidal and genocidal in terms of emotionally stressed out. What does that say about me?
Posted 4 months ago Report
Link Quote Reply

#WaifuLivesMatter
@WyrmSpawN
I’m both suicidal and genocidal in terms of emotionally stressed out because of my personal problems no one seems to give a fuck about because I act like I’m the only one at fault. What does that say about me?
Posted 4 months ago Report
Link Quote Reply 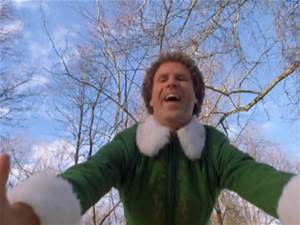 Ecto-Phase,Activate!
@Flutter_Lover
I guess you could always lock yourself in a bubble. 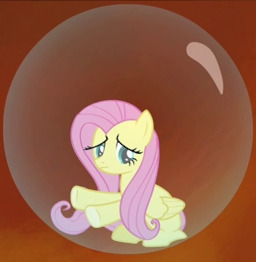 No one in,no one out.