Zamasu
Shit. My household has used up 90% of the 1.2 TB of data in our Comcast internet plan. Looks like we’re going over.

Zamasu
@Coletin
It may be partially my fault that it’s about to go over the limit. I did buy 2 AAA games digitally. Nier: Automata for PC and Mariokart 8 Deluxe for Switch.
Posted 4 months ago Report
Link Quote Reply
Background Pony #6A7A
Deletion reason: Rule #6 - please keep these kinds of posts in the Politics thread, or off of this site.
Posted 4 months ago Report
Link Quote Reply

I Got 5 On It
Man, I have to work on my birthday cause we’re not allowed to call out during Memorial Day weekend which is where my birthday falls under. It’s just gonna be people rushing in to buy crap for barbecues and tailgate parties instead of celebrating what the holiday is actually meant for. All excuses just to party and get drunk, gotta love the American Dream…
Posted 4 months ago Report
Link Quote Reply

Zamasu
My local Pizza Hut just ran out of Honey BBQ sauce for my wings.

Everyone wants me gone and I can’t leave. 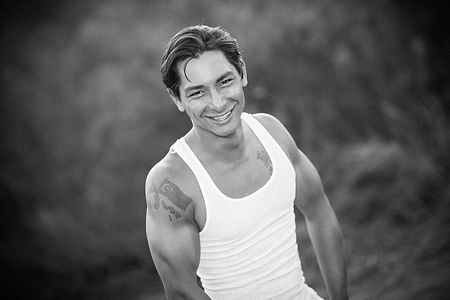 On an interview, apparently made a bold claim that the Nevada State Athletic Board was telling his fighter Diego Sanchez to throw the fight 30 min before the bout, while having ZERO EVIDENCE for it, even after grilled by the interviewer for a straight answer. Here’s how it went down. Sorry guys I need to vent this because I absolutely can’t think straight with this guy Fabia.

Interviewer: I’m looking for a direct answer–did they (the agents) tell Diego to throw the fight?

Fabia: Well, so they way they did it was they were dangling their licenses (ID cards) and told Diego “You’re not trying to hurt this man (Diego’s opponent) are you Diego? You’re a sportsman Diego, you’ve been a good one Diego, you don’t have any malicious intent do you, Diego?”

Fabia: You can call it what you want, but the Board has no business kicking everybody out and talk that type of shit 30 minutes before the fucking fight. Then on top of it, the last time Diego was a “Sportsman” he was a wrestler so the first thing he does is go for the leg and he never throws a punch. So you tell me, how come my fighter who has been training to strike for 10 weeks, didn’t throw a strike?

Interviewer: I…I can’t tell you but I–

Fabia: You see now what I’m getting at?

Interviewer: NOT AT ALL.

Tl;dr Joshua Fabia is literally blaming and accusing EVERYBODY ELSE BUT HIMSELF that Diego Sanchez, his trainee, has lost every round he’s fought since hooking up with Fabia.

Bonus: Diego and Fabia broke up just recently. Now Fabia’s on a PR Tour to basically just talk as much shit about Diego, the UFC, the industry or what have you while trying to get as much praise and adoration as his pathetic cute lying ass can get. Listen. If Fabia’s a reputable, honest figure who has been working with the UFC and the athletic commission for close to a decade and then decide to blow the whistle about some nasty secrets that got him fired that’s fine, but this guy is a nobody, has not earned any respect, is a known Guru, grifter and is actually pimping his fighter on OnlyFans without the fighter’s knowledge.
Posted 4 months ago Report
Link Quote Reply

professional tracer
@Myoozik
shall those who fought, rest for peace.
ALSO, dont say “f for respects!!” or else im going to strangle you with piano wire.

Fluff Appreciator
@Myoozik
Well how should we do it, then?
Posted 4 months ago Report
Link Quote Reply

Unorthodox Smesher Man
I want to brutally kill some people rn because someone on Facebook ticked me off.
Posted 4 months ago Report
Link Quote Reply

Unorthodox Smesher Man
I can’t believe I’ve accidentally let myself get exposed to the degeneracy that surrounds Facebook.

Goddammit had nothing better to do than just stare at this demented little device all day.

The outside world are also all pitifully the same.

Part of the reason is because I don’t want to be on a platform that’s consistently used by alt-right conspiracy theorists, pearl-clutching Trump supporters, and Neo-Nazis.

It’s a slightly more cleaned up, mainstream version of 4chan, to say the least.

Shifting climate conditions brought about by 200 years of rampant industrialization.

Moderator
Princess of books
@Zincy
Makes me sad not only because it’ll lead to dangerous conditions eventually but no more winter and that makes me sad because it’s my favorite season.
Posted 4 months ago Report
Link Quote Reply

No winter in some places. Ungodly super blizzards in others.