Ridin Dirty
@Khamzat Chimaev
chlorine gas will go through the mask.
Call emergency services if your lungs fill with water, you’re constantly short of breath, seizing, drooling or have an unusual headache. You have to use your own judgement.
If it’s just in the bathroom, I would just close the door, but someone will get mad at me if I don’t tell you to go outside and get fresh air.
Chlorine is not a cumulative poison, once the irritation goes away you’re most likely good. Chlorine is a vital electrolyte. The worst negative effects will be fealt in minutes, if these effects are bearable, and you get fresh air, you’ll be fine.
Posted 1 months ago Report
Link Quote Reply

Ridin Dirty
@Khamzat Chimaev
Try to relax, keep your phone on you when you chill outside. Anxiety can make things worst.
The negative effects should have gone away by now, unless your surounding air still has a large amount of chlorine.
Did anything get mixed with the bleach?
An immediate internet search will convince everyone they are going to die. This aggressive warning is a result of weaponized stupidity (people looking for reasons to sue, very common in America).
I doubt your lungs are damaged from acute exposure to household bleach (which btw is diluted). You’re likely suffering electrolyte anomaly and or anxiety. Call emergency services if an arm goes numb, your chest tightens, or any of the symptoms i described earlier.
You could have a nice chat with poison control, they’ll explain it better, and absolve me of responsibility. Not being able to breath is no joke.
Posted 1 months ago Report
Link Quote Reply
Background Pony #E9D4
I don’t understand what was the fucking problem on the train system I have to use in my country.
Before, they were selling small tickets, cardboard-like material and without much effort, and you could buy a lot, whenever, and then you used them one by one.
But not they’re using something fucking stupid which is a ID-material kind of card which follows the same freaking use of a ticket; toss it in the machine and goodbye ticket.
I’m pretty sure the PVC-like plastic material they use is way costier than a smaller section of cardboard. Which isn’t good on the hyperinflation my country is going on
And what’s even worse, you can only buy one of them per person, and to use it instantly (Like, you can’t buy them the day before when you’re leaving the train station to use them the next day), or else they’ll hellhound you to hell and back and they’ll say you’ll be arrested and attack you
Fuck them everything was alright with the tickets, I could buy ten and not have to worry about buying new tickets. But nooo, you guys just had to change to a card just to motherfuckingly ruin everyone’s day.
It’s been more than once I’ve had to lose the train because the moronic sellers are slow as molasses and they’re like chatting with everyone in the line, that or they’re also slow but they treat everyone like top tier shit of the highest quality standards.
I bought one of them today preemptively and one of the girls tried to chase me with the station cops like if I was the worst robber ever, omg, Pablo Escobar, Joaquín El Chapo Guzmán, Al Fucking Capone, name anyone. I am the most wanted guy for being thoughtful and saving myself of unnecessary and quite frankly stupid delays via buying it a day before, no criminal reaches to my levels.
I hope they just have that one user who gets really pissed off and bitch slap those bitches.
Fuck them, sincerely.
Best regards, an user.
Posted 1 months ago Report
Link Quote Reply
Background Pony #BFBF
@Background Pony #E9D4
Here we can buy tickets in advance, but they’re intentionally printed on a combination of paper and ink that degrades within days. Especially if you get wet. Vouchers like bus tickets should have the capability of being stored on your bank card, or digital, or a reusable card they themselves issue.
Oh, um even though ‘user’ starts with a vowel, it starts with a consonant sound. It’s ‘a user’ not ‘an user’
It’s not important, I just figured I might as well tell you because I looked it up. No way to tell you privately.
Posted 1 months ago Report
Link Quote Reply

Borz / The Wolf
My breathing’s okay now. There’s a slight toxic stench of that bleach still remains my nostrils or my throat but drinking excess citrus liquid helped the trick by a margin.
I’m sticking back to powder next time. Less effective, more effort, but non lethal.
Posted 1 months ago Report
Link Quote Reply

Zamasu
Dear America, why are you such fucking horrible drivers? Sincerely, me.
Posted 1 months ago Report
Link Quote Reply

Music Connoisseur
@Khamzat Chimaev
That’s good that you’re okay
@Goku Black
America: Because you deserve to suffer.
As a Floridian, I feel your pain so well.
Posted 1 months ago Report
Link Quote Reply

Zamasu
@Mr.Myoozik
It seems to be the whole country who sucks at driving, not just Utah and Florida. Bad drivers in DC, bad drivers in Los Angeles, even New Jersey is NOTORIUS for it.
There were two accidents in my area alone within a 4-hour stretch, and one of them caused me to be late for work.
Posted 1 months ago Report
Edited 1 months ago
Link Quote Reply 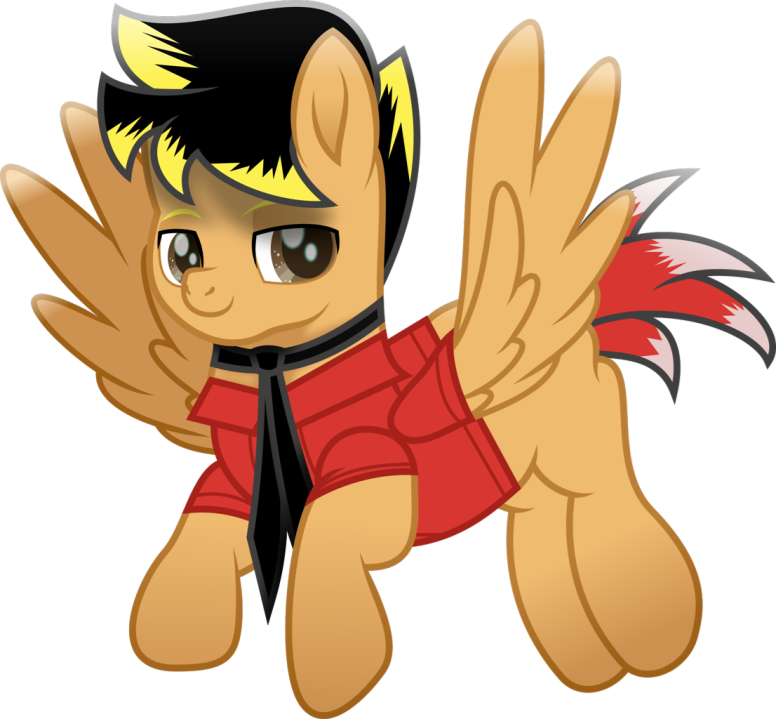 14Fan
ProudAmerican🇺🇸
And the AI in NASCAR 21: Ignition, can keep from spinning, which I CAN’T WORTH A DAMN, yet don’t give a fuck about me racing around them. It’s worse than Wreckfest and Wreckfest is notorious for stupid AI on racetracks. I was leading by 7.2 seconds when the car just decided to spin out and it all went to hell from there.
Posted 1 months ago Report
Link Quote Reply

Ridin Dirty
Fuck the Liver King, he’s getting called out hard.
He claims his unusually muscular and vascular physique is a result of proper diet and primal mindset.
He spends over eleven thousand dollars a month on steroids and other performance enhancing drugs.
His supposed diet will destroy your body, primarily through vitamin A poisoning. Eating half a pound of liver a day has no anabolic properties, and his shape isn’t natural or healthy. He couldn’t even fight, i would just stomp his kneecap sideways, he doesn’t even look like he can wipe his own ass.
EDIT: I’m almost a foot taller than him, and almost weigh as much as him. and hypertrophic muscle runs blood oxygen out fast. Not only can i mechanically run faster than him, but i can run faster for longer. His range of mobility is so limited, I could smoke a hit of weed before kicking his knee in sideways while he charges up a punch. He has no record of fighting anybody.
Posted 1 months ago Report
Edited 1 months ago
Link Quote Reply

Borz / The Wolf
So I had a fucked up lewd dream where Mike Tyson broke into Fluttershy’s house, beat up Zephyr bit off his ears and get tied up, then molested and raped Fluttershy in her own bed. All that because he wanted to make an example out of Rainbow Dash not to fuck with him for robbing his gym materials.
Posted 1 months ago Report
Link Quote Reply

Bad to the Pone
@Khamzat Chimaev
What matters is you dreamed about ponies. And Tyson!
Posted 1 months ago Report
Link Quote Reply

CaptainXtra
PUNCH A FASCIST!
@Khamzat Chimaev
4chan would get a kick out of that.
Posted 1 months ago Report
Link Quote Reply

Explorer in Training
@Khamzat Chimaev
He could have just done all that to Rainbow Dash’s family! That’s just not fair.
Posted 1 months ago Report
Link Quote Reply

Borz / The Wolf
Fuck Nationalism. (preferrably in terms of sports.)
Why? Because people from where they came from will only exclusively cheer to their countrymen and if an event was held in their own country, the opposing opponent/s will unanimously get jeered by them.
Posted 1 months ago Report
Link Quote Reply
KolpSlack 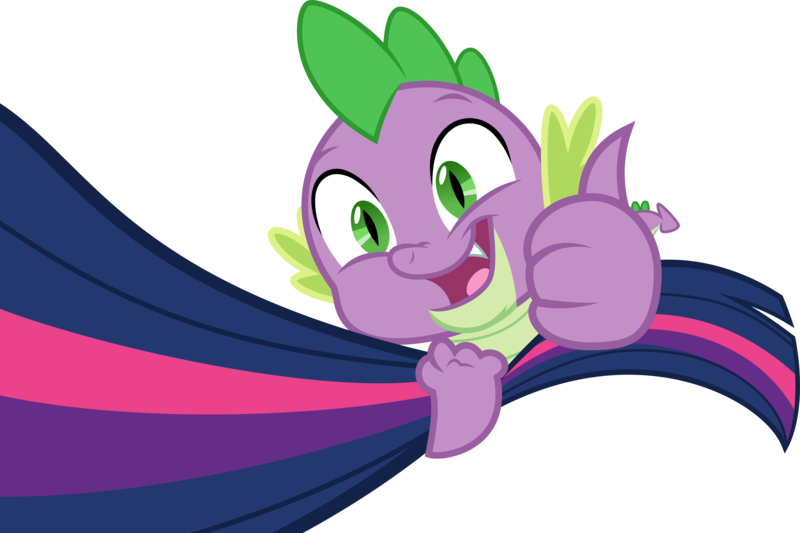