Hollow and Cold
I was today years old when i realized Plankton, as a plankton, makes food from light via photosynthesis.
So he can totally eat holographic food.
Posted 2 months ago Report
Link Quote Reply
SleepySteve

Applears
If there are indeed Mountain Dew commercials tying in with Illumination’s The Super Mario Bros. Movie with Movie!Luigi out there, the fanart they will spawn will be insane.
Posted 2 months ago Report
Edited 2 months ago
Link Quote Reply

I II II L
I just finished season 2 episode 8 of The Owl House, and I think it might be my favorite one of the series so far. Lots of stuff to really unpack here.
I want to preface this by saying I like comedic episodes. I think an occasional nothing happening episode can be fine as long as it’s entertaining. However, I also really like plot heavy episodes. And this was that in spades.
I thought going in this would be a nothing happening comedic episode. I mean, it has Hooty as the main character. It would be fitting for him in my eyes. Instead, we got development in a lot of ways. Not only did the Amity and Luz relationship finally upgraded to dating status, which is something I’ve been waiting for since I started watching the show, but Eda got development in a new form and King got development in a new power. I was very surprised they did this all in one episode, but I’m glad they did because it made the episode very entertaining.
I think the genius of the episode and what makes it work so well is the decision to have Hooty as the main character. It gives the show a chance to feature the three main characters while making it feel organic and natural. If Hooty wasn’t the main character, the episode would feel jumbled together and all over the place, like it is three stories cobbled together. But by using Hooty as the base and using the plot point of Hooty feeling directionless after Lilith is gone, you are furthering all four characters at once, something which the show hasn’t done before. The closest example I can think of of the show doing something like this is the body swap episode, which I also enjoyed but it wasn’t as well done as this.
Again, I had a hunch that the episode Luz and Amity finally hook up was gonna be one of my favorites. But the fact they did it while also furthering King, Eda, and Hooty’s characters really pushes it over the top. This feels like the perfect episode of The Owl House, combining story and character advancement with funny comedic moments and great scenes of tension and suspense. All under the guise of a character who the previous season was meant to be comedic relief. God, what a fantastic episode.
Posted 2 months ago Report
Link Quote Reply
SleepySteve 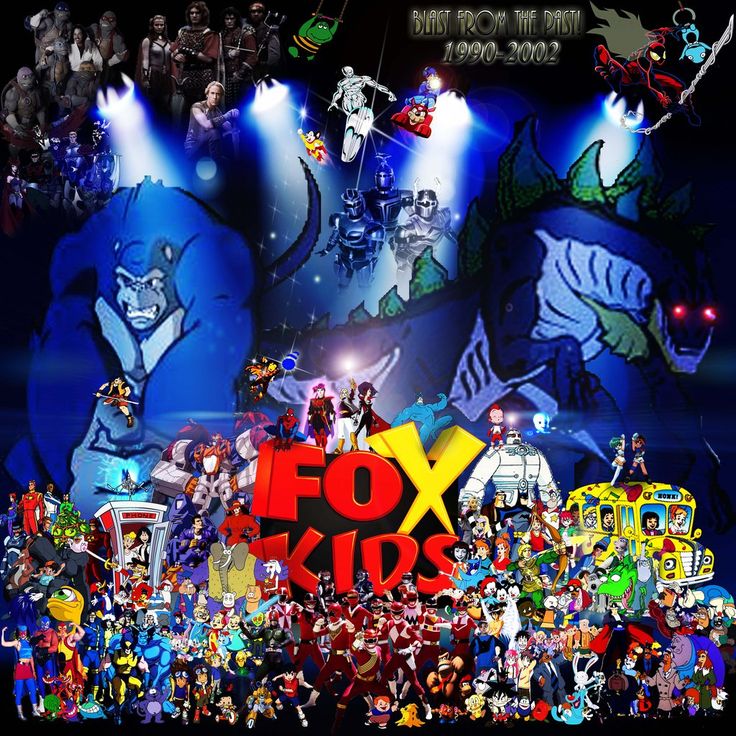 @Dex Stewart
I know essentially all of those. The picture is pretty small to tell all of them but… Why are the animaniacs, Taz and Batman there? Those were WB. And pretty sure that greyscale girl was from Nick.
Posted 2 months ago Report
Link Quote Reply
SleepySteve

Ecto-Phase,Activate!
@Cyborg_pony
Depending on the region, some Disney cartoons played on Fox Kids too.
I remember Quack Pack and Goof Troop were on Fox Kids for a while.

Applears
Illumination’s Mario movie is getting a second trailer tomorrow. And we got a new poster: 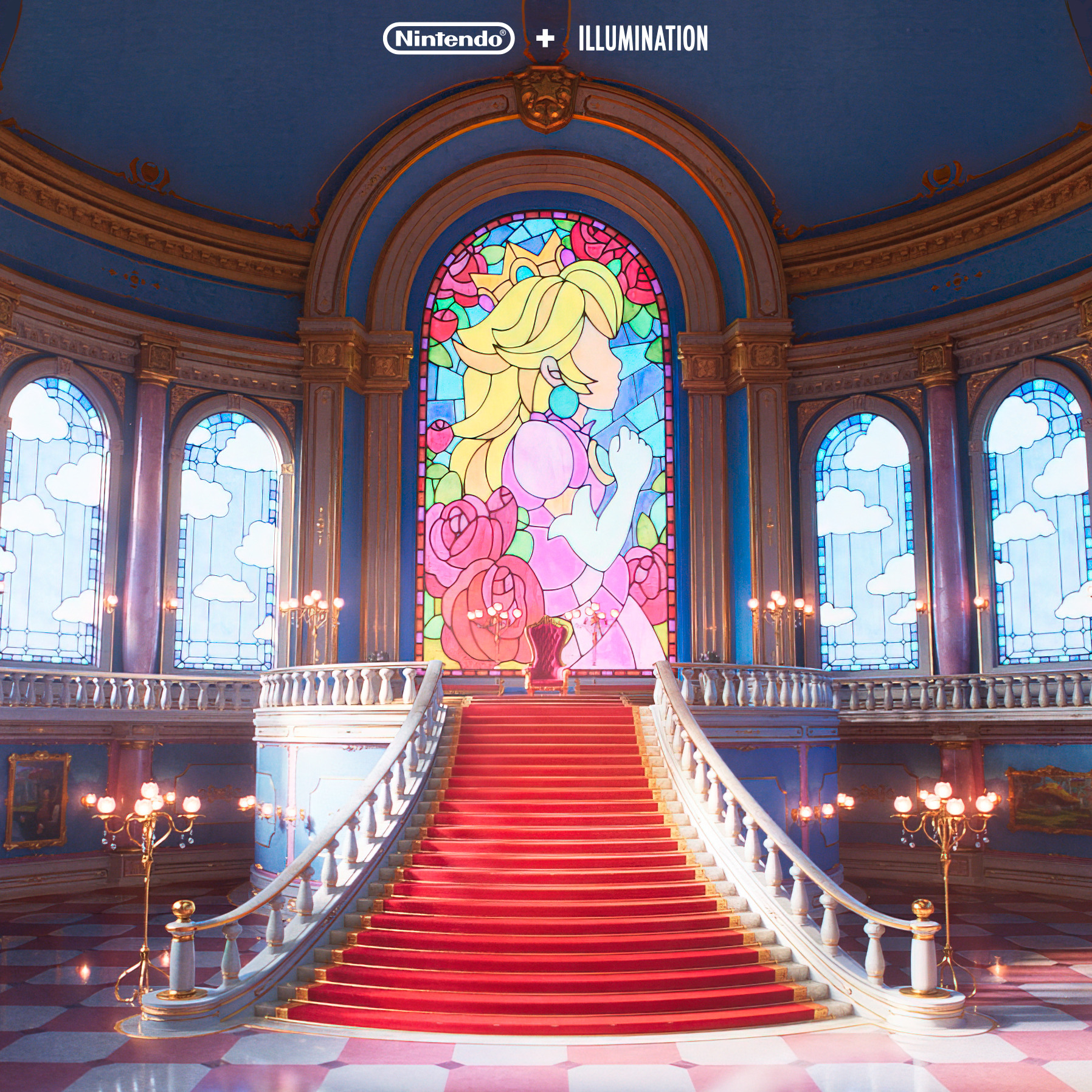 Enter if you dare

Applears
@northern haste
Can’t believe Universal executives had better respect for the Mario franchise than they did with that awful DOOM movie.
Posted 1 months ago Report
Link Quote Reply

@Dex Stewart
Someone will complain. I know one in particular.
@northern haste 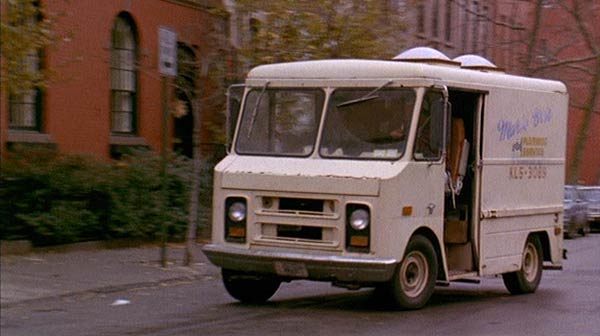 @SleepySteve
Nintendo does not let people screw around. If you’re a 3rd party Dev working on their IP. You pretty much are beholden to them most of the time. When NoJ found out how they butchered Fire Emblem’s Fate, they were FURIOUS! but those were under Iwata.
There are some decisions they’ve recently like that FE/Persona game using the garbage western port that was stupid.
Posted 1 months ago Report
Link Quote Reply
Background Pony #9081
@Dex Stewart
Bowser looks oddly adorable in that image
Posted 1 months ago Report
Link Quote Reply

I II II L
So, I’m almost halfway through season 2 of The Owl House. And on the whole, I would say season 2 is better than season 1. It fleshes out more of the characters, there’s not much killing for time as compared to season 1, and they tell some really interesting stories. Of the strengths that exist within The Owl House, I think its biggest strength is its ability to write really flawed characters.
Take for instance Eda. On a lesser show, she would be this one dimensional villain the hero would have to stop. But as we see through the show, she starts to open up and become more of a loving mother. I maintain that Eda is really the glue of the series, and her being this sort of antihero really makes her character pop.
Another example of flawed characters is The Golden Guard. Here’s a character who in a lesser show would be the main bad guy or one of the main bad guys. Instead, he’s being given reasons why he may end up seeing the light and turn to the good side. The Golden Guard is basically a better written version of Kylo Ren. On a side note, I could kinda see Kikimora as well turn to the good side. Something about the way she carries herself reminds me of Taiga from Toradora. She got like this Chihuahua mentality about her. Maybe she won’t be redeemed, but I could see it.
But it doesn’t stop there. There are many other examples of flawed characters. Amity is an example, given she is a recovering bully (You know, like recovering alcoholic), Lilith is another one given what she did to her sister Eda, Eda and Lilith’s mother is another one given she neglected Lilith, and Luz’s doppelganger is this as well. It could’ve been extremely, extremely easy for the show to have made Luz’s doppelganger be the result of Emperor Belos, or a shapeshifter somewhat akin to Double Trouble from Princesses of Power working for Belos meant to give him dirt on what the human world is like. Instead, they gave her doppelganger a sad, emotional, relatable backstory, which is the impetus of me writing this post. Honestly, besides Emperor Belos and the guy who signed people to unbreakable book contracts, the most unlikable person in the show is the guy who captures Luz’s doppelganger, which the show lampshades the irony of by having him say he’s supposed to be the good guy.
I consider myself a staunch connoisseur of tsunderes, which for those that don’t know are characters that put on a tough act but are a softie deep down (It’s like the jerk with the heart of gold trope, but tsunderes normally has more to do with romantic feelings. You can use both interchangeably though). And when I’m asked what makes a good tsundere, I normally say “When the reason for their behavior is believable.” It’s easy to write someone who treats everyone like shit. The difficult part is to keep them interesting. If you can write a character that treats people like shit but make them interesting, that’s half the battle. It then can pave the way to their eventual redemption. The biggest strength of The Owl House is taking characters who seem initially unpleasant and unlikable and making them compelling to the viewer. It does this in spades. I’ll take an intrinsically flawed character any day of the week over people who you’re supposed to root for who are bland, something which is extremely common in children’s programming. I really wish more shows were like The Owl House.
Posted 1 months ago Report
Edited 1 months ago
Link Quote Reply
Interested in advertising on Derpibooru? Click here for information!