@Dustcan
Seems like they’re saving the best part for last. Looking forward to the “Wicked Phase”.

I forget when that takes place. But the stinger at the end of the first season already teased it so yeah that chapter will happen.

I know people have told me that post episode 15, Darling In The FranXX suffers a decline in quality, but I disagree. Some of the episodes post episode 15 are actually pretty good. I especially like episode 19 where we learn the doctor’s backstory and why FranXXs were created.

I didn’t really notice a decline in quality until episode 20, when I feel the show kinda jumps the shark. But prior to that, I really liked episodes 16 to 19. I thought they were of the same pristine quality as the first 15 episodes.

But DAMN I didn’t know revenge fantasy manga is such a goddamn popular genre. Are they really that cathartic?

Berserk’s lucky enough to have had the chance to really flesh out the backstory as to WHY Guts is such a vengeful mofo but we are always constantly reminded that, you know, vengeance is self destructive, even when it may provide closure. Guts throughout his journey has now aged so much, he looks at least 32yo despite being only 22yo. And he’s at the point where he can’t taste food anymore. Skull Knight, a kind of mentor figure always always reminds him that the path he’s on will lead to nothing good, speaking from his personal experience.

Nana from Darling In the FranXX reminds me of a nicer, more friendlier version of Isabella from The Promised Neverland.

Why can’t he taste food anymore?

@Hali the Emoji girl
Probably because he witnesses and gets affected by so much shit that he can’t process something as simple and enjoyable as food.

@tehwatever
Looks at that last paragraph. You just decribed SAO worst arc only without the incest. Congratulations.

@tehwatever
If its like Redo Healer I don’t want touch it. These kind of stories accidentally achieved what TLOU2 failed to do. Make me feel revenge is bad

Who knows. Maybe his body hasn’t regenerated enough to return his sense of taste? Personal experience: I recently had parosmia (distorted sense of smell) that basically makes anything any citrusy-smell to smell like rotten lemon. I didn’t get hit or anything, but it’s kinda common that any damage to your body may or may not disrupt your normal sensory functions. Took me close to a year to recover from it.

Guts has had faced multiple physical abuses past what his human body could endure, and has recently been on a on-and-off periods of extended unconsciousness (like, up to two to three days) after a major battle, so I expect his brain is still wonky, and his taste buds not properly registering tastes, is plausible.

Skull Bro even warned Guts that he may eventually experience blindness if he keeps it up.

Finally got through RE Zero S2b.

Definitely an improvement and return to form over S2a. It got really good.

I feel like the priorities of those that write ‘monster isekai’ never seem to line up with my own.

I’m glad it’s finding a niche, but i feel like i may never find The Best, you know?

May I dare ask for criteria?

@QuasarNova
It’s a bit liquid to be honest, but i think what makes me drop them long before i would be ready would have to be evil main characters(and i mean like really bad), really disturbing concepts, power that quickly becomes meaningless, strawman evil humans (and not strawman humans that get their shit ruined just as bad) and losing the main thrust(that is to say, perspective difference) of being a monster too soon.

Granted, not all of them have these and they are subjective a criteria as they come. It might be I’m overly particular.

They announced sequel to Madoka Rebelion!

MAPPA’s REALLY trying to make me reconsider my stance on Jujutsu Kaisen.

Puella Magi Madoka Magica is officially getting a sequel movie that follows the events of Rebellion.

Great! I wasn’t happy with how it ended, in the end what Homura was doing to Madoka wasn’t much different from what Kyubey was doing, even if she was trying to do it for Madoka’s sake 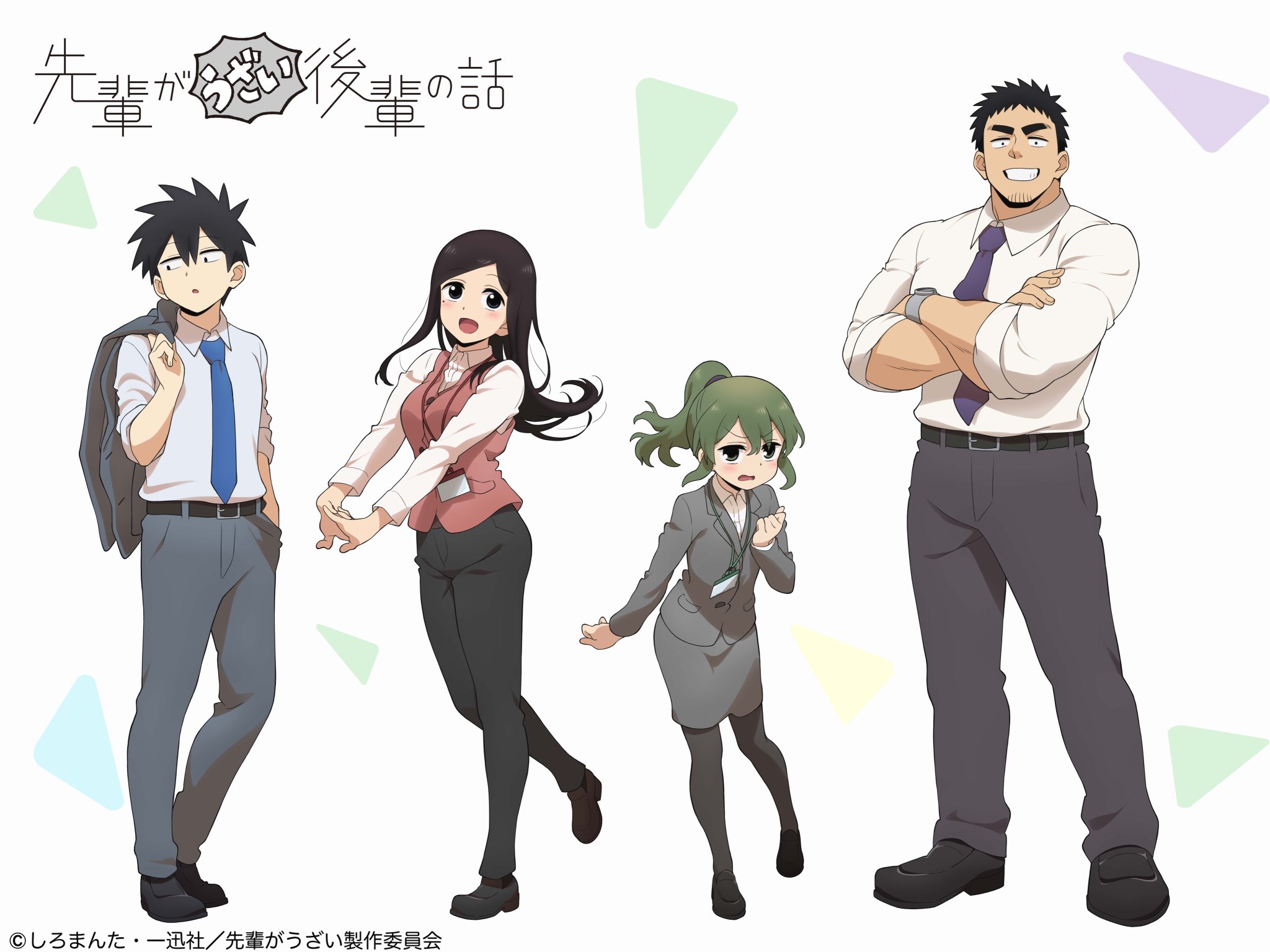 @Littlecabbit
But that was the point, wasn’t it? Homura found herself doing what the enemy was doing. There’s a literary term for this, but I don’t know what it is.

@WyrmSpawN
The anime My Senpai is Annoying.