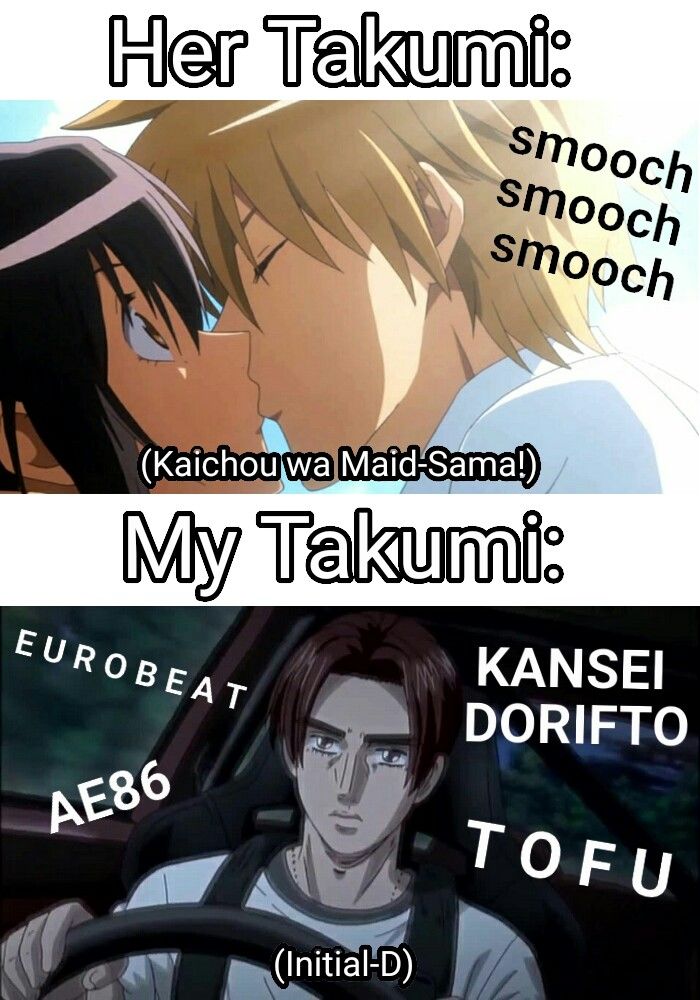 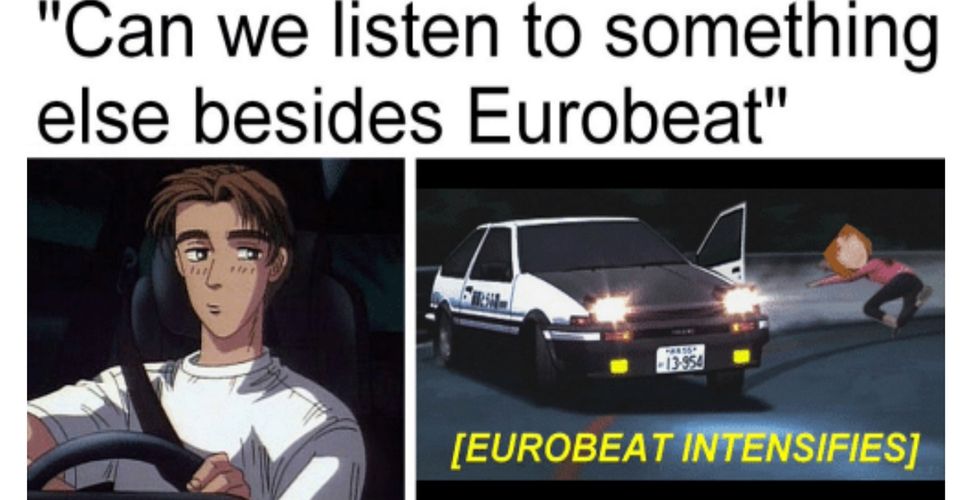 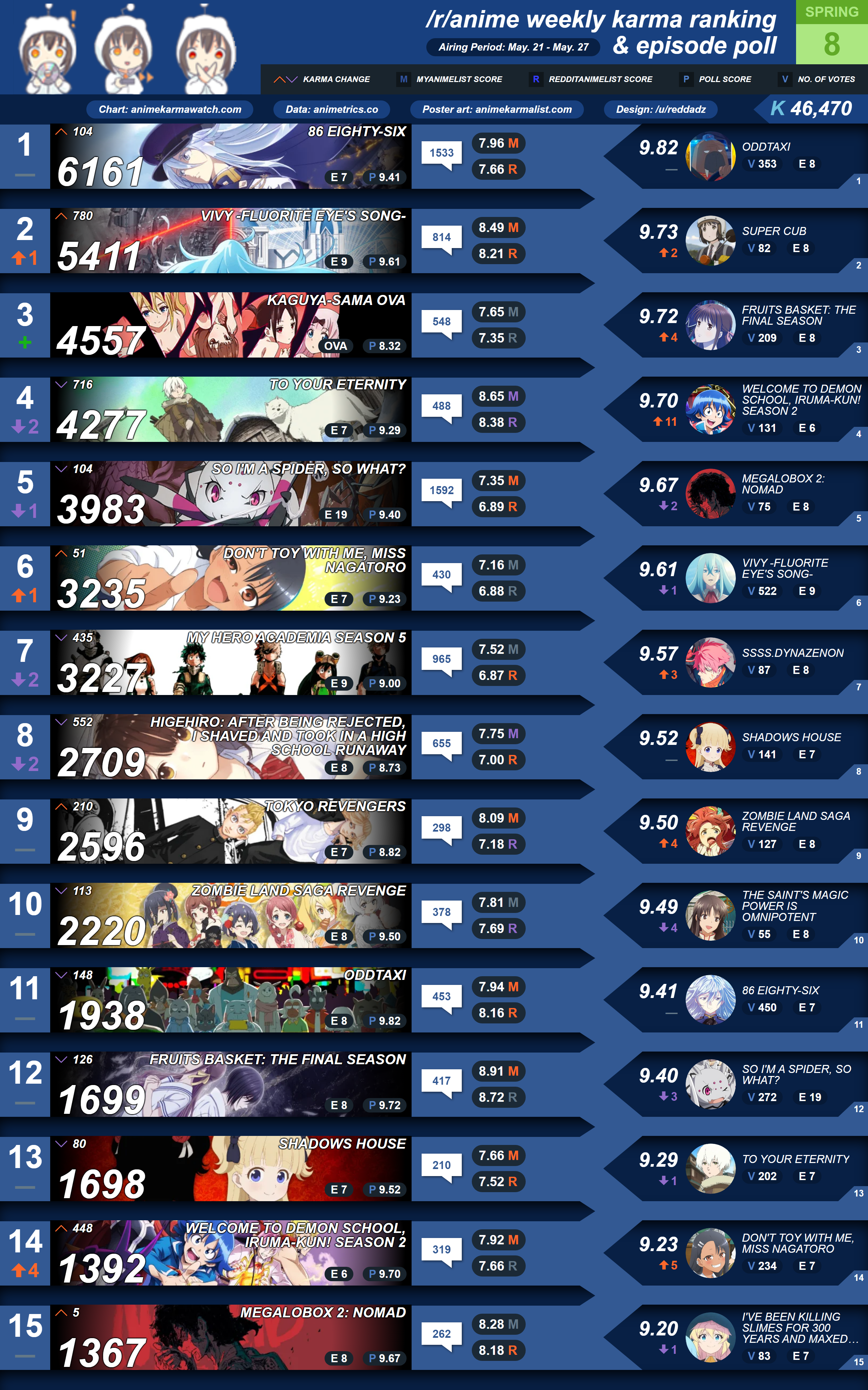 @Holofan4life
THAT GOOD, huh?
Well, then…I’m prolly gonna pick up Uma Musume S2 about a decade from now, once the hype has settled down.
I love good series with great complex characters, but I don’t like watching it with errbody.

Reason is because I’m an uneducated, smol brain casual and me enjoying a good show actually makes me feel absolutely inadequate. It’d be like walking into a restaurant or community who is frequented by people way better than me.

Based on a true story.
Posted 7 months ago Report
Link Quote Reply

Passionate opinionator
Is there anybody here who can read Japanese?
Posted 7 months ago Report
Link Quote Reply

Uma Musume S2 is the greatest selling late-night anime of all time, beating giants like Bakemonogatari

iunno what it is with monogatari fans but they really tend to want to act like they’re watching megaobscure, arthouse shit

They’re one in the same

More than that Gatarifa(n)s just tend to be an absolute plague, to a far greater extent than Madoka or fuckin’ iunno, SZS or Natsu no Arashi - yes, all 4 fans of NnA

I really dislike Monogatari fandom, years of arguing over the exact same bullshit about application of fanservice with them and putting up with the Holier-than-Thou attitude they have towards other H&E series - assuming they don’t come up with absurd bullshit to try to deny it is one, it’s a 50/50 chance - has really wore my nerves

Watching Monogatari is for REAL anime fans that don’t just watch NARUTO and the ecchi is SYMBOLIC and HAS MEANING SO ITS OK and watching it makes your shit stop stinking, idk

You’d think it was a small studio, arthouse passion project with the way they talk about it, and not an ultra corportized, heavily merchandised anime that has a near full adaptation and THREE very clearly high budget movies

Hell the first season has over one million members on MAL and you can’t fucking escape the horde of Shinobu pfps online if you tried, I promise you’ve all seen at least 5 if you’re active in the anime fandom outside of this thread, even to a small degree

Honestly laziness is the only reason I haven’t changed my 5 or 6 year old PFP on this site, if this place had more visibility and wasn’t a niche within a niche I would jet right to it on account of fear of association with Monogatari fans

Frankie Serano
@ghostfacekiller39
How the hell is a brother arousing his sister by brushing her teeth meant to be symbolic?
Posted 7 months ago Report
Link Quote Reply

NeoEnvy
I need a personal title.
@Penguin Dragneel
goes jontron i dont like this where this is going
Posted 7 months ago Report
Link Quote Reply

Uma Musume S2 is the greatest selling late-night anime of all time, beating giants like Bakemonogatari

i mean do you have sales figures for Monogatari relative to other big name late night anime so I can throw that at people on MAL
iunno what it is with monogatari fans but they really tend to want to act like they’re watching megaobscure, arthouse shit

@ghostfacekiller39
How the hell is a brother arousing his sister by brushing her teeth meant to be symbolic?

I haven’t seen the series yet, but isn’t the point of the scene is that it’s supposed to show how fucked up in the head the brother is?
Posted 7 months ago Report
Edited 7 months ago
Link Quote Reply

By comparison sake, Bakemonogatari has sold 110,502 BD/DVD copies over its entire run, while Evangelion has sold 210,000 copies.

I II II L
By comparison sake, here’s a list of recently released anime BD/DVDs, to give more of an indication of how much of a juggernaut Uma Musume is.

tinyurl.com/dymbb3a
Anyone here ever think there will be another “Big Three” anime?
Posted 7 months ago Report
Link Quote Reply

Were the other 10x better Gundam series aired at a different time slot or something? SEED DESTINY is kinda bad by Gundam SEED Standard. Those were sales figure right? so probably other factors other than the actual quality of the series were at play here.

Seed Destiny is, oh god why kinda bad, ESPECIALLY in the latter third of its run.