I II II L
Tsunderes are actually a great way to learn how to show empathy and compassion. A lot of them, it’s not like they actually want to be violent assholes. They’re just insecure messes who think if they show an ounce of friendliness, their hearts will be destroyed yet again.
Posted about a year ago Report
Link Quote Reply

@Holofan4life
hurt people hurt people. the problem is when people like tsunderes and find their behavior appealing. that’s almost sadistic in the viewer’s part.

why support a destructive behavior like being tsun tsun when they’re actually just having a problem trying to articulate their kindness so they put up barriers to hide their vulnerability?

I dig tsunderes ironically, for entertainment. we the audience know what the characters don’t, i.e the tsundere is actually nice. There’s a dramatic irony in play in watching a tsundere.

But there is zero effing chance am I gonna enjoy dealing with a perpetual tsundere irl. Especially NOT a tsundere boss, that’d be fucking bullshit.

Broken Ball of 💽TM21
@tehwatever
It’s a classic example of doing something without knowing why it’s done.
Posted about a year ago Report
Link Quote Reply

I think the main reason why tsunderes are easier to like in anime than in real life is that we see the scenes that delve into the tsundere’s backstory. We get some semblance of what it’s like to be in their shoes, which gives us the ability to sympathize with them. In real life, we aren’t treated to the same luxury. As such, it makes it extremely challenging to sympathize with them when they’re always yelling and going off the handle.

Sunny Day Realtor
Think that people are more capable of discerning what’s acceptable in reality and in idealization than what people give them credit for, making the idea that it’s because we know they’re secretly nice as the audience not a catch-all answer

My favorite archetype of characters are attractive girls that are complete sociopaths, I.e. Malty, Mami, Clementine, Seryuu Ubiquitous, etc., who are presented with no redeeming qualities, and I would find them less fun to watch if they tried presenting them as secretly nice

Kindness/meaning well is a likable trait in humans but what’s preferable in real people is not always relevant in what we like to see in fictional characters, and making that conflation is unnuanced

Don’t think overly sadistic tsundere are all that different, it’s possible that people like the overtly tsun elements about them without wanting to get abused in real life, even in a masochistic sense of the word, let alone something more severe

Yeah, I see what you mean. I like overly violent tsunderes just as much as non violent tsunderes, but that don’t mean I’m a masochist. I just relate to them because there’s been times where I’ve been unable to control my anger.

we see the scenes that delve into the tsundere’s backstory.

I agree and like I said, dramatic irony. Imagine a series where the narrative is squarely built from the oblivious MC’s perspective. He only sees the Tsun Tsun abusive side, not knowing what goes behind the scene. Imagine the audience having exactly the same amount of info on the tsundere as the MC does.

The audience would more likely be less sympathetic towards the tsundere. Only a genre savvy audience would probably correctly guess from the tropes that the tsun tsun antic has a dere dere motive behind it.

I’m just arguing against the idea that ppl like tsundere because of the dere side. Maybe ppl actually like the chaotic tsun side, for entertainment.

any reason why we never gotten a second saison of Nichijou: My Ordinary Life (or just Nichijou)?

The animation is sound, production value is high, and reception all across the board seems positive. I mean, what’s the deal? Did it flop?

Tensa Zangetsu 🌈
@tehwatever
It did actually flop, from what I remember.

It’s moderately successful in the U.S., but I don’t think that’ll be enough for a second season.
Posted about a year ago Report
Link Quote Reply

It did not just flop, it fell flat. Its quality actually worked against it.

It had surprising production values, but that unfortunately meant the dvds had to be more expensive than normal. And anime dvds are already expensive to begin with, so despite the popularity and reception nobody could afford it.
Posted about a year ago Report
Link Quote Reply

@Dustcan
@Penguin Dragneel
What a shame. Maybe they can make some money back with some crowdfunding and streaming deals? Ppl may not have been able to afford dvds but surely they can spare five bucks or something to contribute to the IP. I mean, I prolly would, tbh.

If crowdfunding could secure enough for a one-episde Nichijou 2022 special and shows everyone it’s worth the effort than MAYBE it could reignite the interest for that IP–who am I kidding. It’s been nearly a decade. It’s irrelevant now.

MAAAAN! That’s a damn shame. FiM managed to run for nine entire seasons and nichijou, who was around the same time as FiM, died before its birthday.
Posted about a year ago Report
Link Quote Reply

tinyurl.com/dymbb3a
While on the subject of tsunderes, I personally feel like a lot of tsunderes haven’t “earned” the “right” to be harsh or violent, if that makes any sense.

Touching back on TehWhatever’s “hurt people hurt people” notion, some tsunderes are abused or neglected girls lashing out at people (because that’s all they know how to do), but some are just bitchy teenage brats who see a weak-willed punching bag to vent all their teenage frustration on to.

It doesn’t help that, holy Jesus, some people are THIRSTY M-F-ERS and think the abuse is sexy, in a twisted, masochistic way.
Posted about a year ago Report
Link Quote Reply

Eeyup. And therein lies the problem.

It was too well made for its own good.

Makes me think of Louis from Familiar of Zero.

Basically the most exaggerated example of an abusive tsundere you can think of. But at the same time one of the best explained ones, making a character that simultaneously gets too bad yet also an deserved rap.
Posted about a year ago Report
Link Quote Reply

@Dustcan
Wow. must be really cutthroat over there in the anime industry. I wonder what sorta terrible sequence of events that led it to flop extra hard like that. Oh well. I guess in the end it’s not the production team’s fault. They literally did their best.
Posted about a year ago Report
Link Quote Reply

Well yeah. As fun as many Japanese words are, remember that Japan has such a problem with its populous literally working themselves to death that they have a word for it: karoshi.

But for Nichijou I already said its problem. Anime in general relies on a small number of whales to buy overpriced dvd sets and Nichijou unfortunately did not have the popularity to make up for its already more expensive than normal disks.
Posted about a year ago Report
Link Quote Reply 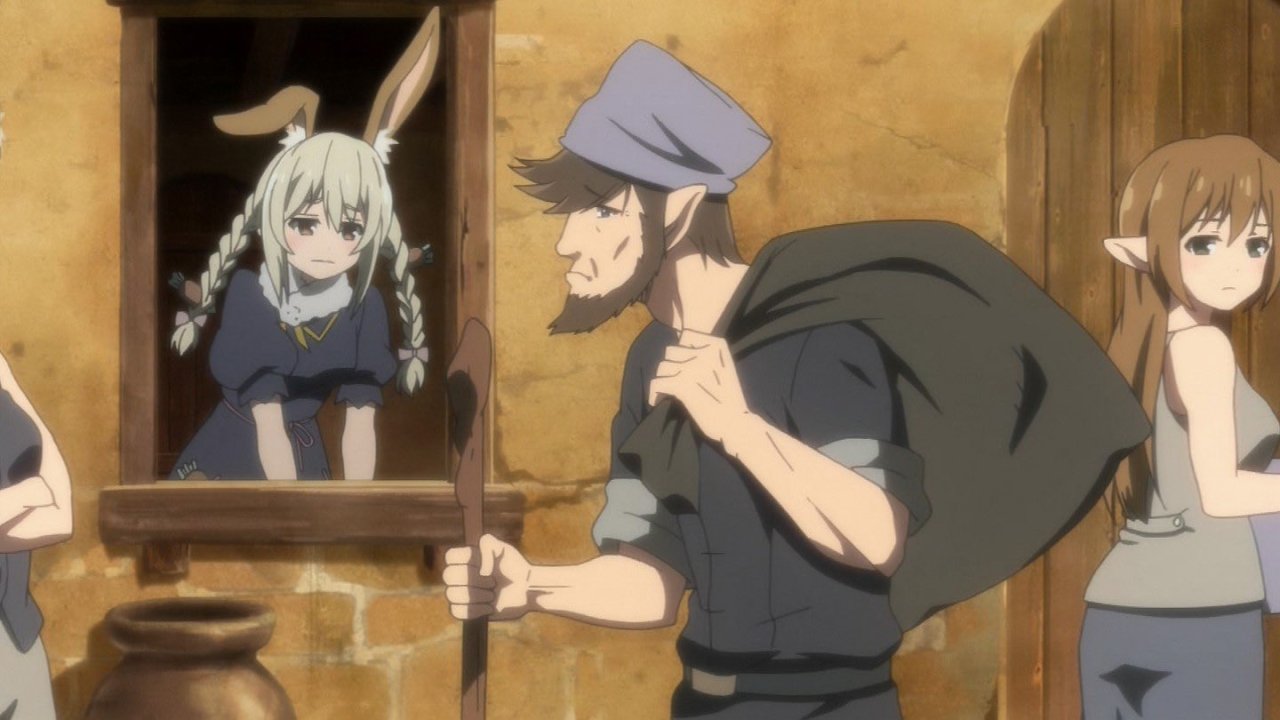 I still have yet to watch any Vtubers, but this was a surprise to see.
Posted about a year ago Report
Link Quote Reply The two examples I had in mind were Taiga Aisaka (ToraDora) and Naru Narusegawa (LoveHina).

Taiga is a neglected, lonely rich girl (her parents literally set her up in an apartment, by herself, and basically said “have at it”) who is nonetheless bullied for her lack of height and bust. Is it any wonder she lashes out?

Whereas the traumatic event that twisted Naru into the angry and violent person she is was…..not getting accepted into the college she applied to.

Louise, to me, is an edge case. She’s gone through more than her fair share of shit, but to literally beat up a guy until he blacks out from the pain? That’s “Russian Mafiya enforcer”, “Mexican drug cartel”, or “Guantanamo Bay interrogation”, not “teenage girl with a whip”. If ZnT wasn’t a comedy-harem manga, Saito could have VERY easily turned into someone like Keyaru.

Well in Naru’s defense, Keitaro does end up in a lot of perverted moments with her and the other girls.

But even she recognizes they’re all by accident so…