@NitroFury
I mean, things rarely piss me off… But I find it kinda exasperating the ‘Missing Backblast’ and ‘Bottomless Magazines’.
I mean… Standing right behind of a rocket launcher or recoilless rifle the moment it fires? Inside a building? Or God forbid, inside a vehicle? It kinda reminds me of a game where you could cramp 5 rocket soldiers on a small Humvee and have them fire at tanks while inside the vehicle >.>
As for bottomless magazines… It kinda gets a bit silly when they hero somehow mows down and entire squadron of enemies with a assault rifle like if it were a general purpose machinegun; just going ratatatatatatata and firing an ungodly amount of bullets, before reloading… If they ever reload to begin with.
Posted 2 months ago Report
Edited 2 months ago
Link Quote Reply
Background Pony #5252
@FliegerFaustToP47
TBF there are rocket launchers that can fire from inside of buildings. From what I remember, they use a countermass, like saltwater, that goes backwards in addition to the propellant gasses. Though you still can’t stand behind them when they fire.
Posted 2 months ago Report
Link Quote Reply

CaptainXtra
PUNCH A FASCIST!
What are the heaviest/toughest Non-Sniping Rifle, Single Barrel Shotgun, and Semi-Pistol rounds?
The kind of rounds that make Bears and even Armored Vehicles stop in their tracks?
Posted 2 months ago Report
Link Quote Reply 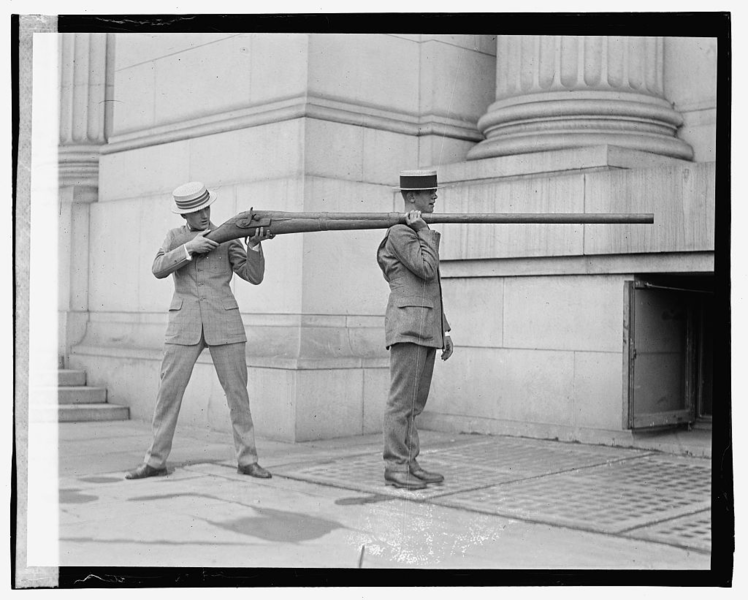 Though I also humbly submit the Russian/Soviet KS-23 shotgun for consideration; 23mm in caliber (6.27 gauge in America). Made from rejected anti aircraft gun barrels. 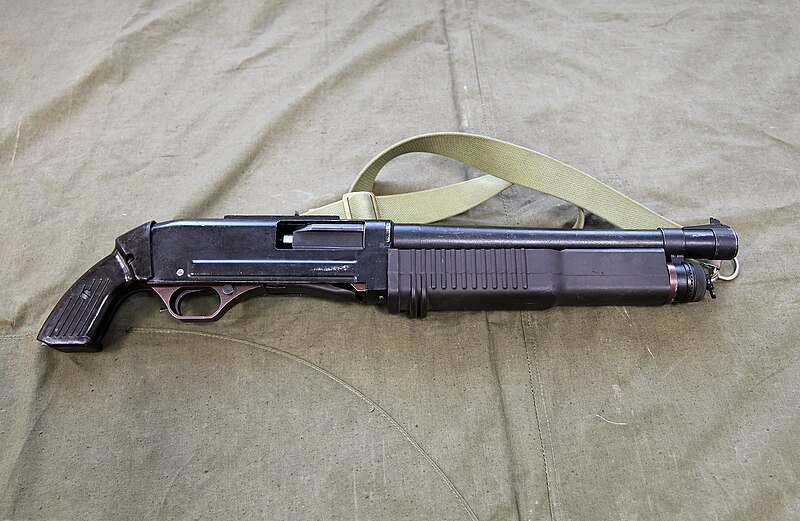 Those Russians are wacky and inventive.
Non-sniping rifle?… If that includes anti-tank rifles, but excludes modern anti-materiel rifles, I guess the Solothurm S18-1000 could be considered. 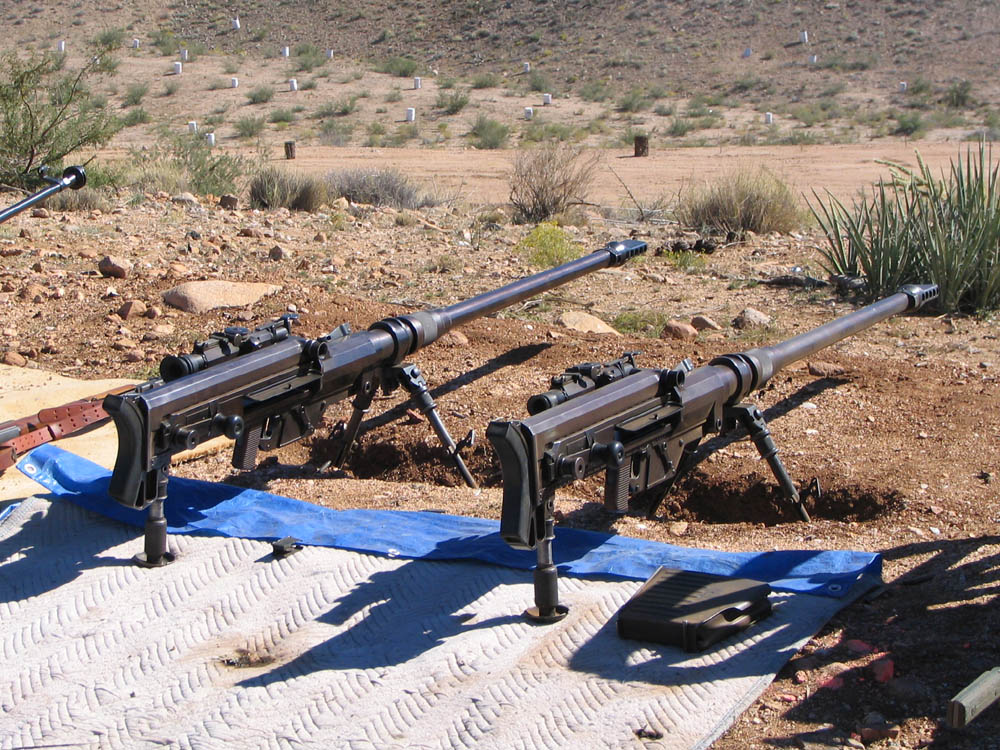 And, for pistols, if revolver counts. The Pfeifer Zeliska .600 Nitro Express would be probably what you’re thinking 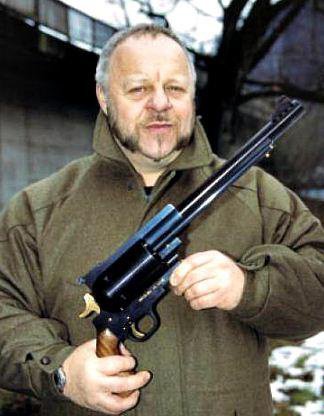 Or, if you want to get silly, the Giant 1859 28mm Remington Revolver, though I’m not sure if there’s even ammo for that thing. 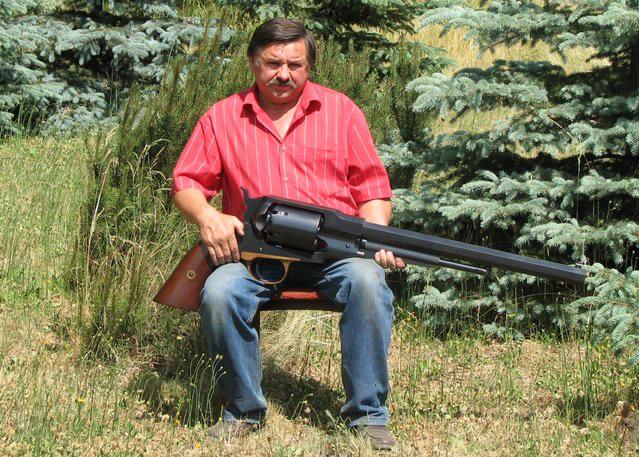 And, just as a curiosity, there’s a .50 Cal handgun. No, not .50 Cal Action Express like the Desert Eagle, but .50 Cal Browning Machine Gun (BMG) like the M2HB used on Humvees; the Maadi-Griffin .50 Cal pistol (Although considering it pistol would be wrong I think, not sure) 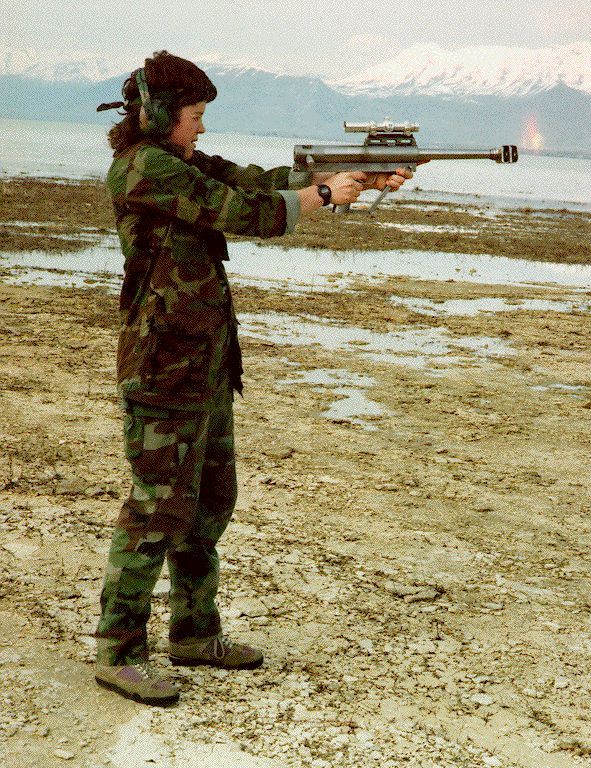 CaptainXtra
PUNCH A FASCIST!
@Background Pony #5252
Average “patrol the streets ” type Cops then.
Posted 2 months ago Report
Edited 2 months ago
Link Quote Reply
Background Pony #5252
@CaptainXtra
IDK about US, but I wouldn’t be surprised if it differed per city, county or whatever territorial divisions have their own police/sheriff.
I would expect them to have some non-lethal capability (other than hitting people with batons). For example pepper spray, OC, and/or tasers. I would be surprised if they had rubber or bean bag rounds. Those would likely be issued only to cops dealing with crowd control or some other violent, but not deadly situations.
Posted 2 months ago Report
Link Quote Reply

CaptainXtra
PUNCH A FASCIST!
This is the most cursed UZI I’ve ever seen:

Nightmare E-Soldier
i dunno. it’s rate of fire is double that of a full sized uzi.
I want a little more barrel to reduce kickback. If you don’t have both hands on that thing it can easily spin around and put a bullet anywhere.
Posted 2 months ago Report
Link Quote Reply
Background Pony #5252
@CaptainXtra
Hard to tell from the GIF, but that could be the Micro Uzi.
Posted 2 months ago Report
Link Quote Reply

Floofy & Friendly Plone
@CaptainXtra
Yeeh, as the BP said, that looks like a micro Uzi (Not to be confused with a mini Uzi), it doesn’t seem like a Mac-10 or Mac-11 for me, and those are the only other machine pistols I know that have that kinda cute shape.

Micro Uzi
Those little devils have 1,200-1,500 rounds per minute of rate of fire. That’s… About the same rate of fire, if not a little faster, than an German MG-42/MG-3 machinegun… It’s nuts… And it’s pretty much double than a regular Uzi. That’s the only thing wild for me, but it’s definitely not cursed for me, in my definition this is cursed;

CaptainXtra
PUNCH A FASCIST!
How much larger/heavier/bulkier are Sniper type Rifle Rounds than Semi/Auto type Rifle Rounds?
I mean one is meant for a solo bullet traveling really long ass distances with nothing but perfection precision: 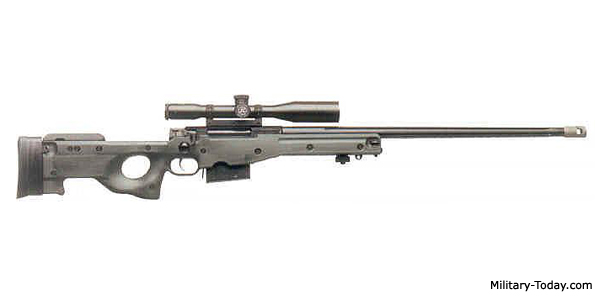 And the other is meant to be spent in large quantities covering mid to semi-far ranges with somewhat decent accuracy at least:

Posted 2 months ago Report
Edited about a month ago
Link Quote Reply
Background Pony #5252
@CaptainXtra
“Sniper type Rifle Rounds” are just more precise rifle rounds. You could fire them from a semi-auto or full auto rifle just fine. And the other way around.
Here’s a size comparison of various rifle rounds: 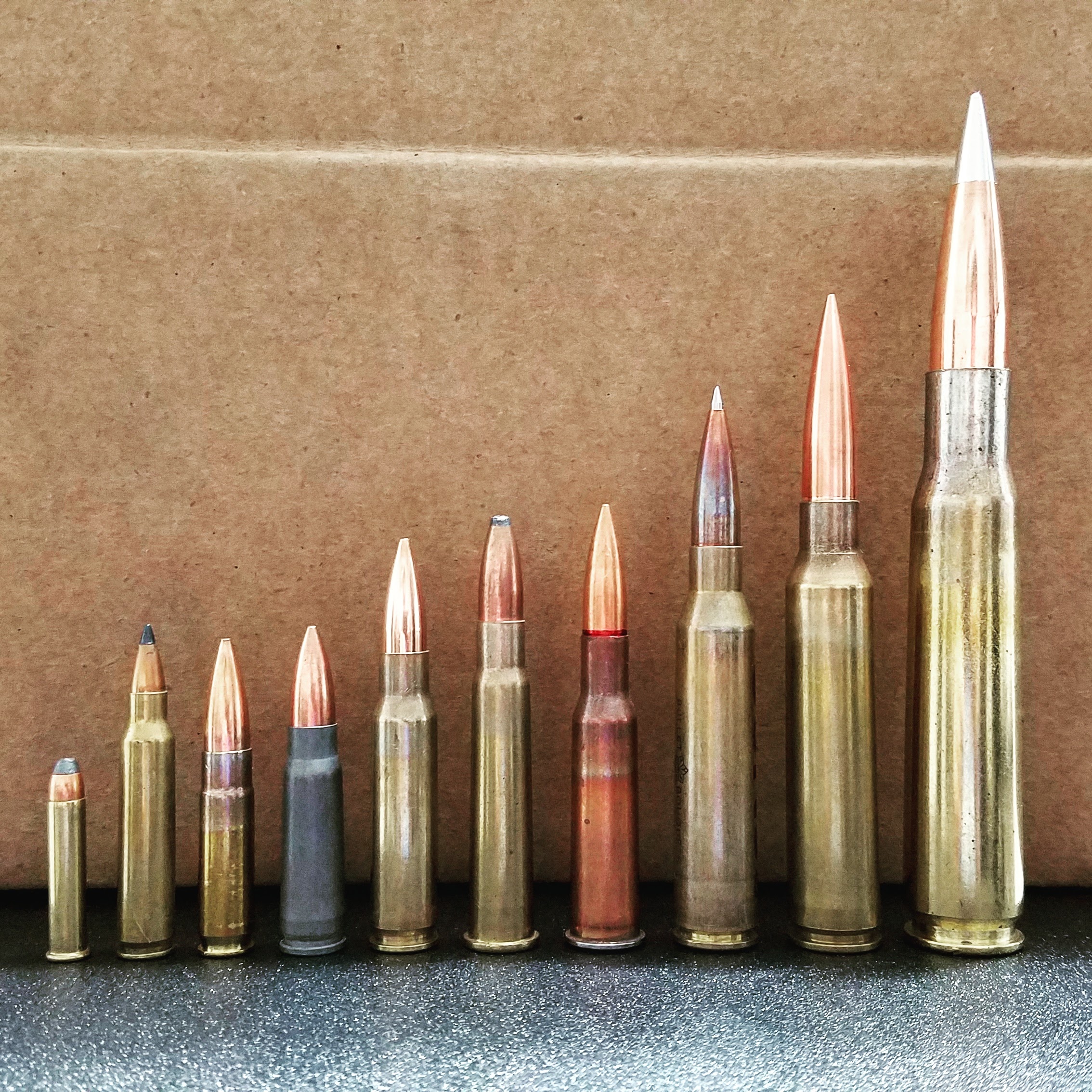 CaptainXtra
PUNCH A FASCIST!
The old trope/cliche of guns being able to shoot off locks with ease is one that always gets me…
Direct focused blasts from a Shotgun or Rifle is what’s actually needed to remove or at least damage these small troopers:

A Handgun can’t make these lads dent even slightly unless it’s carrying some tough ass rounds: 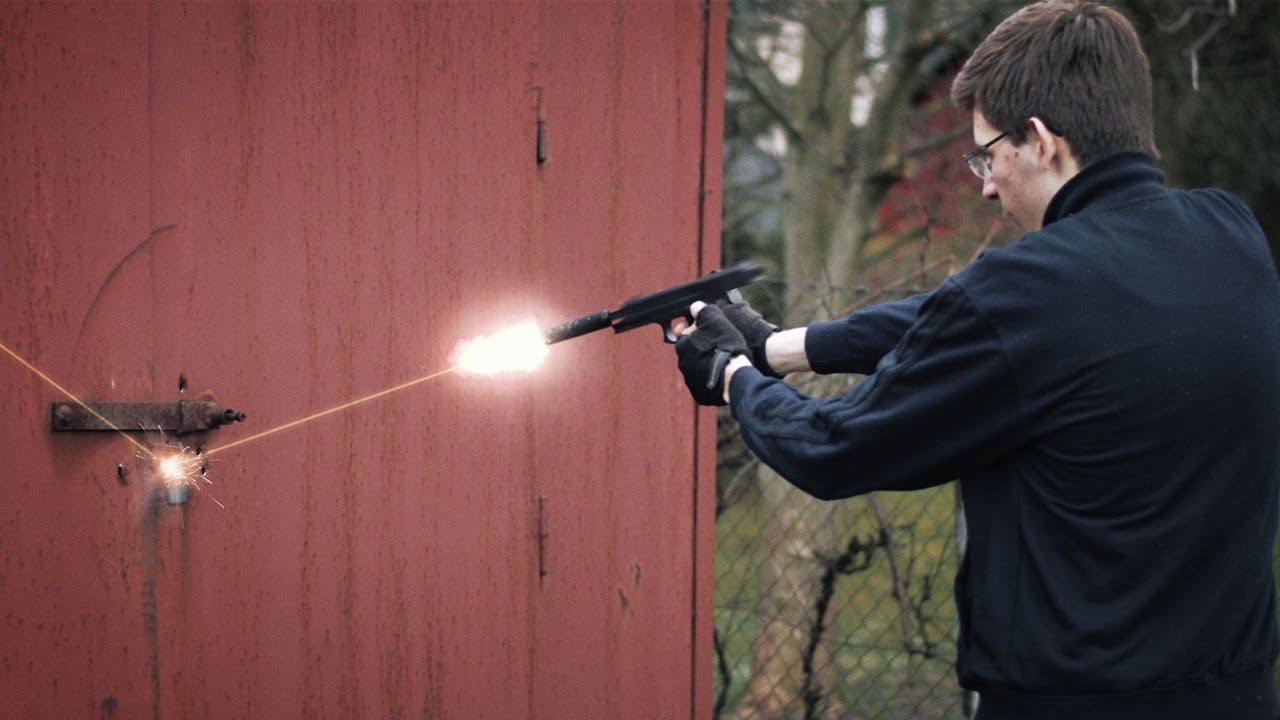 Nightmare E-Soldier
@CaptainXtra
Are you sure a shotgun won’t scatter too much to damage a lock?
I’d be worried about the bullet or shard of the lock bouncing off and cutting me in the jugular vein.
There is also the trope of guns shooting off handcuffs. I’d rather leave handcuffs on than be bleeding everywhere while my hands are probably still bound together.
Posted 2 months ago Report
Link Quote Reply

Spook Fest 2022
Here’s this trope that may or may not annoy you
Ever watch a scene where the protagonist has to fight through a building full of armed goons to get to the crime boss, then they a fight and kill through them with like a sharp object, but never takes the gun off the armed goon they killed?
Posted 2 months ago Report
Link Quote Reply

Nightmare E-Soldier
@NitroFury
Well if you pick up someone elses gun, you better figure out how it works really fast.
I’ve seen real life disarming situations where the defender yeets the gun, they either don’t know how to fire it, or simply don’t want to be an armed target (like in case another armed guy comes through the door).
Posted 2 months ago Report
Link Quote Reply
Background Pony #5252
@CaptainXtra
Damaging a lock is not the same as opening it. Just bring a bolt cutter. Or at least frangible ammo for safety.
@NitroFury
As long as you have your own gun, it’s not a good idea to use someone else’s gun.
EDIT: Oh, you mean the protagonist does not have a gun of their own? Well, an in-universe explanation would be that they don’t know how to use one. And the actual explanation is that melee looks cooler and the scenario writer probably was anti-gun.
Posted 2 months ago Report
Edited 2 months ago
Link Quote Reply

Floofy & Friendly Plone
@Beth
Actually, I believe that, for police enforcement agencies and military forces atleast, there’s frangible rounds available for shotguns.
(EDIT: I think a regular person can buy frangible ammunition like that, but like, I would imagine SWAT teams and militaries have a good quantity of them by default to not risk their own operators or the lives of civilians, especially the former.) These shells, unlike buckshot shells, are made specifically to destroy whatever they hit and then afterwards disperse into harmless powder, instead of penetrating and hitting something behind the target or ricochet and create collateral damage. 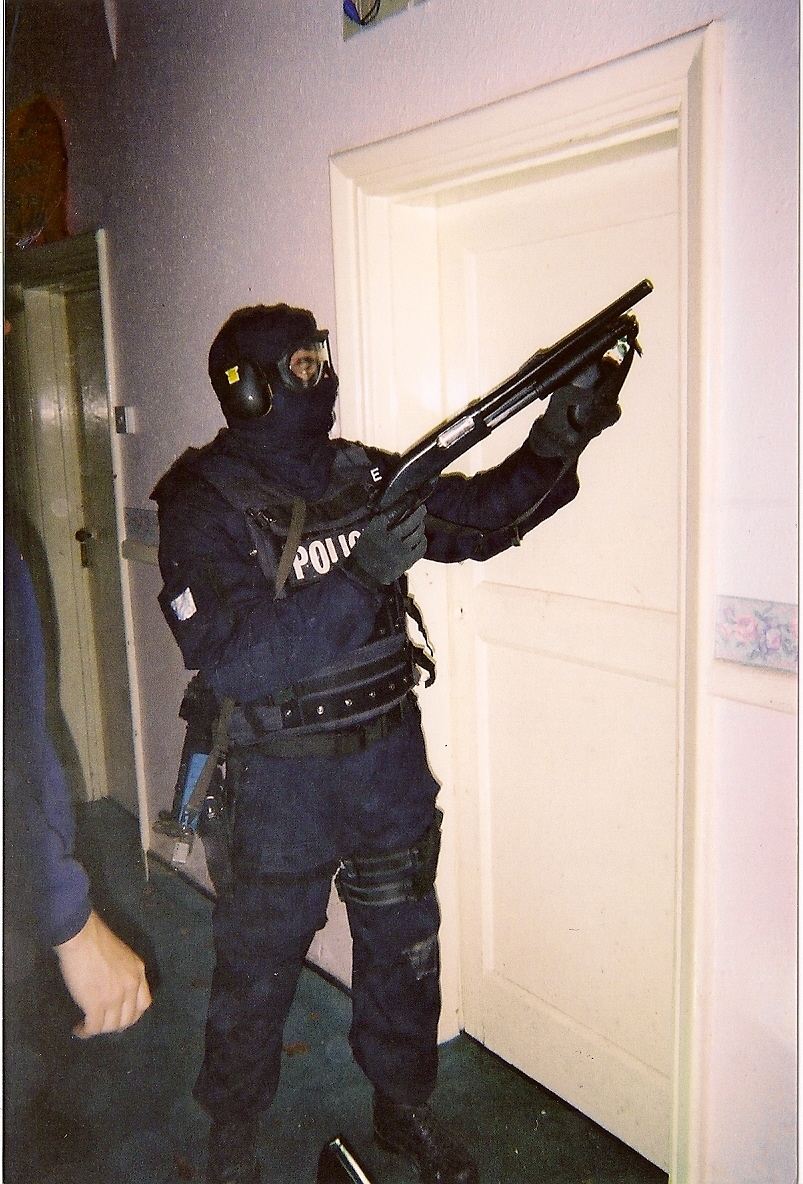 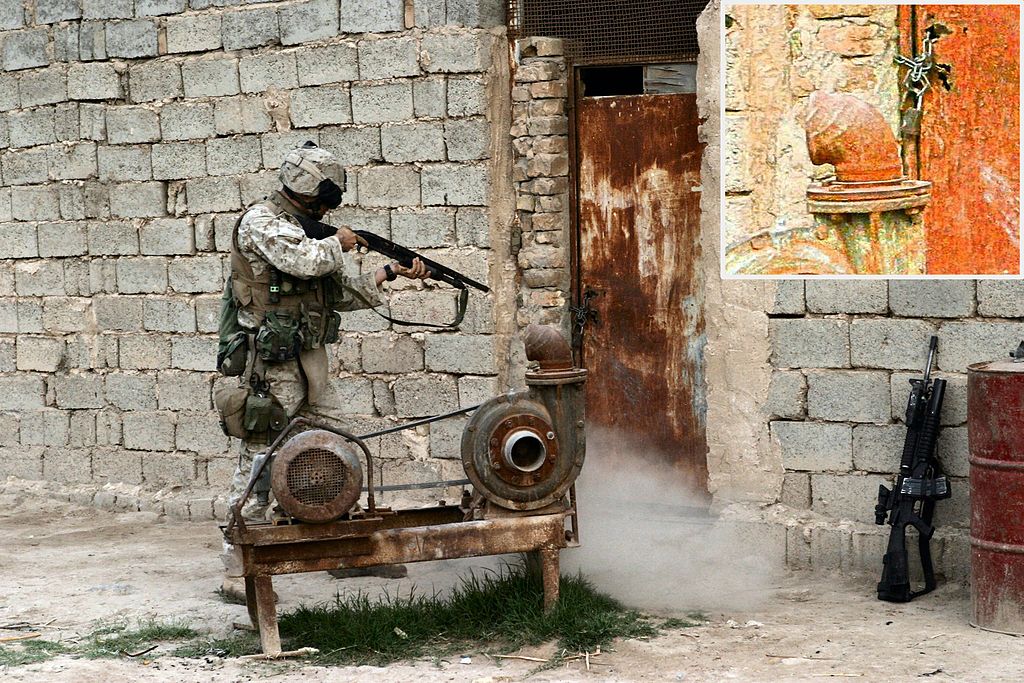 Also, as a funny note, I admire the sense of humour they have for nicknaming the act of shotgun breaching as ‘Avon calling’
Ahh, you’re 2 fast 4 me BP >.<’
Posted 2 months ago Report
Edited 2 months ago
Link Quote Reply I wonder who’s in most danger when one of those are used: the robber or the robbed one
Posted 2 months ago Report
Link Quote Reply

CaptainXtra
PUNCH A FASCIST!
Shotguns are technically a Burst Type Weapon.
(Except when they fire Single Heavy Slugs that is.)
Unlike Burst Pistols, SMG’s, and AR’s which fire several Bullets one after another in rapid succession, a Shotgun Shell releases all Metal Balls stored in the Shell at once but it’s still a Burst. 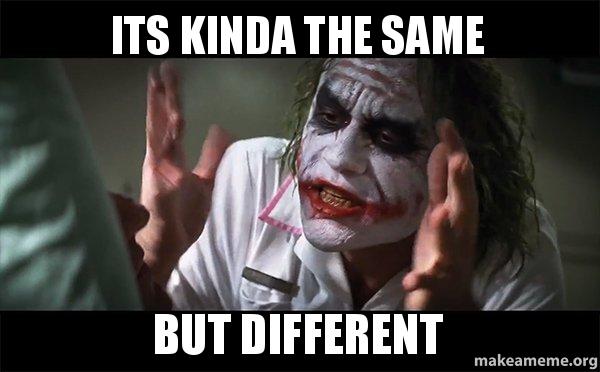 Zipp is g5 BP
The spirit of JStark continues to live on: 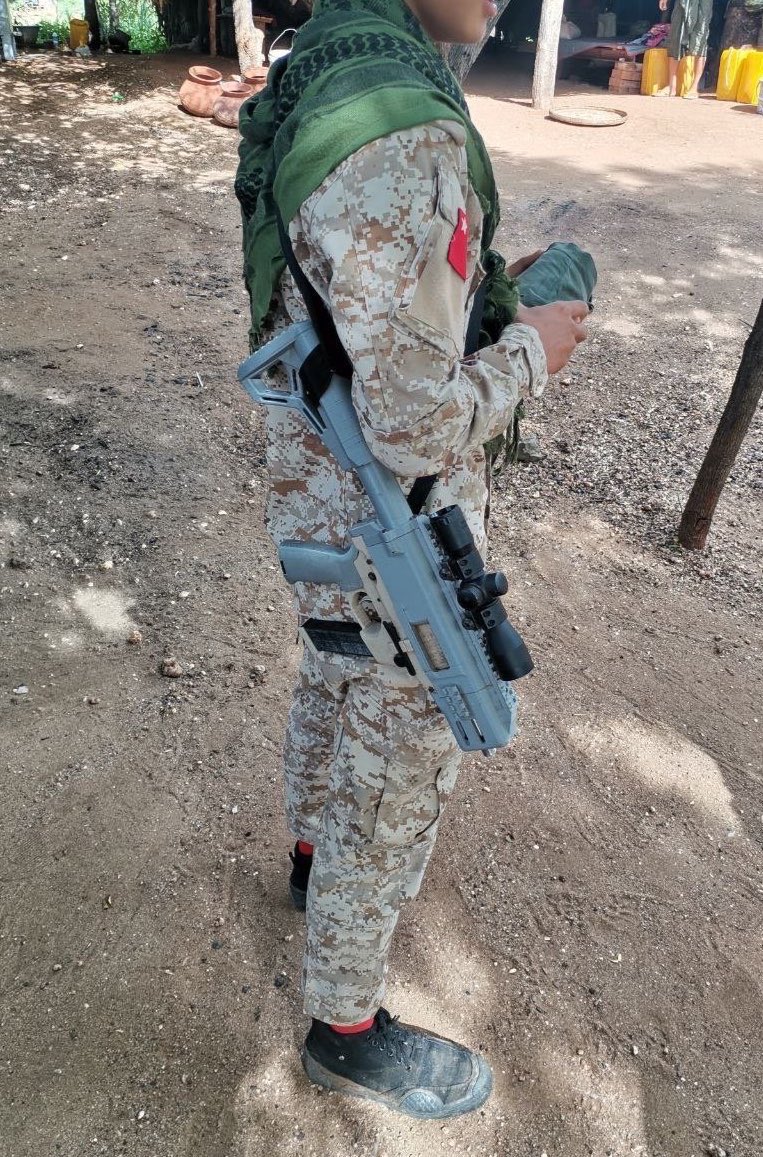