Generals » Gun Discussion Search Posts
Started by Background Pony #D758
Posted 9 years ago
3289 replies
Subscribe
ElderD
@Badheart
So, pretty much like the super shotgun from the Doom series. Especially how those targets exploded like someone stuck cherry bombs in them.
Imagine if that was an 8 bore?
Posted 2 months ago Report
Edited 2 months ago
Link Quote Reply CaptainXtra
PUNCH A FASCIST!
I wonder if they make Shotgun, Rifle, and Rocket Launcher variants of this mailbox: 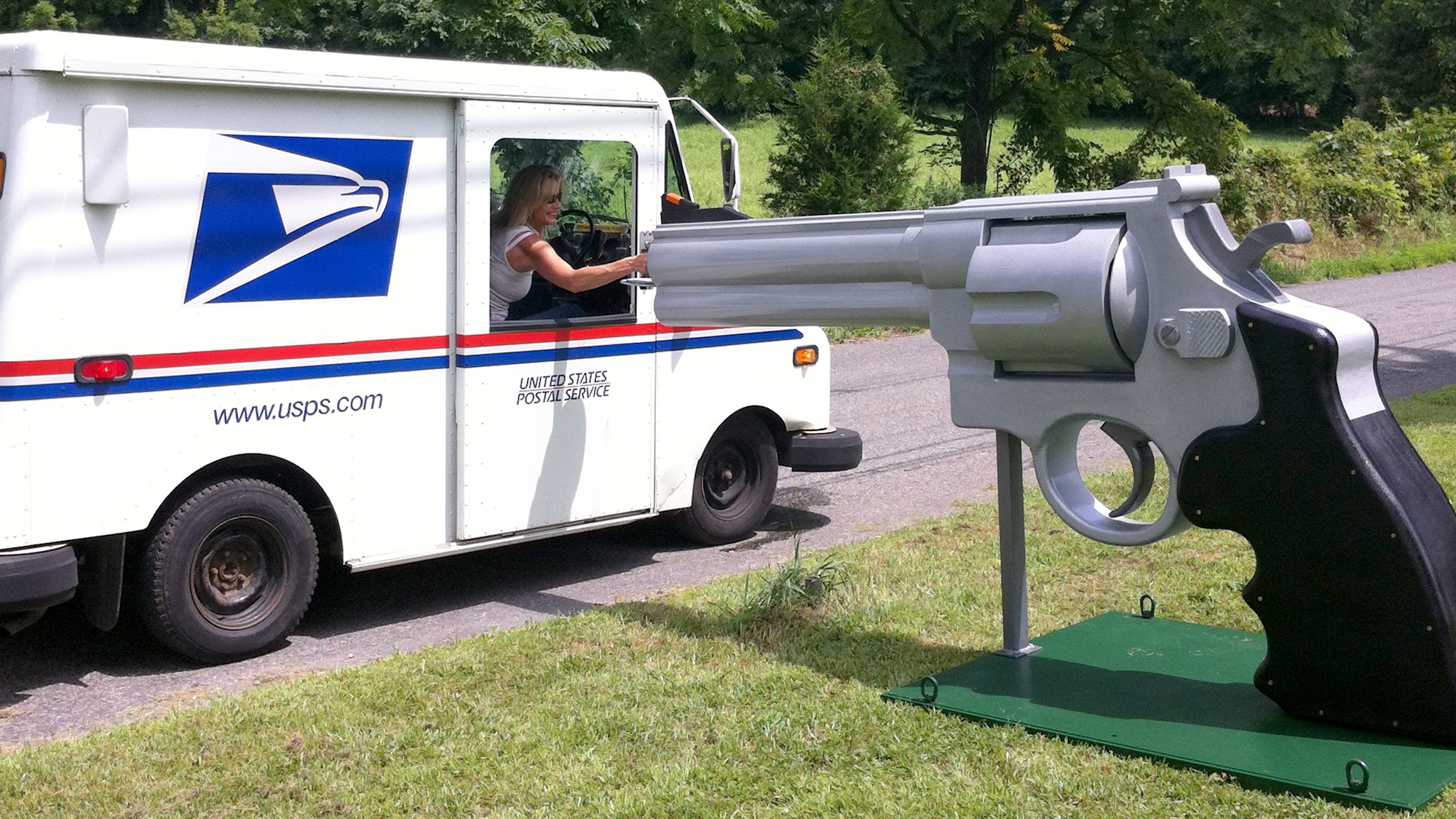 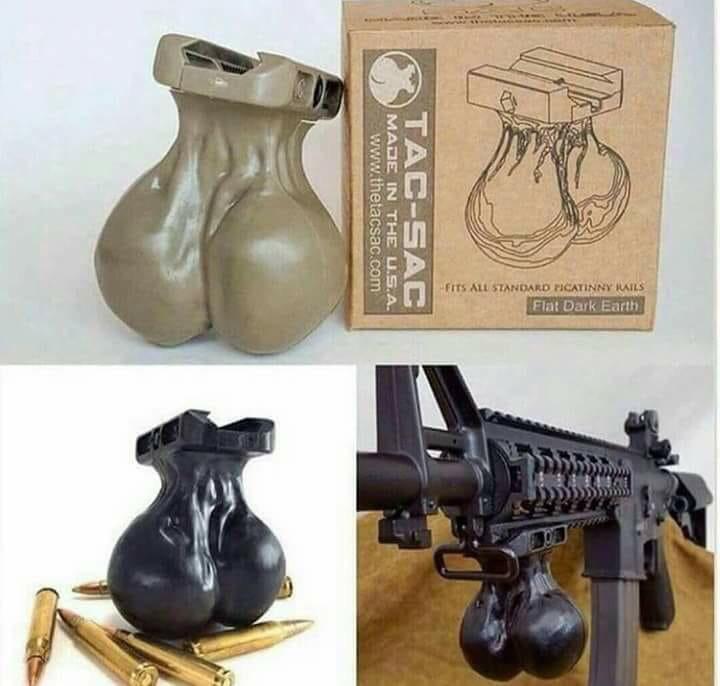 Because what’s the point of having the cock and balls of a bull moose if you can’t swing them around once in a while?

CaptainXtra
PUNCH A FASCIST!
@Background Pony #AA1F
Can’t wait to see what the Gals come up with on their end.
Posted 2 months ago Report
Link Quote Reply

Zipp is g5 BP
@RustleRustle
Did someone say “high off bore”? 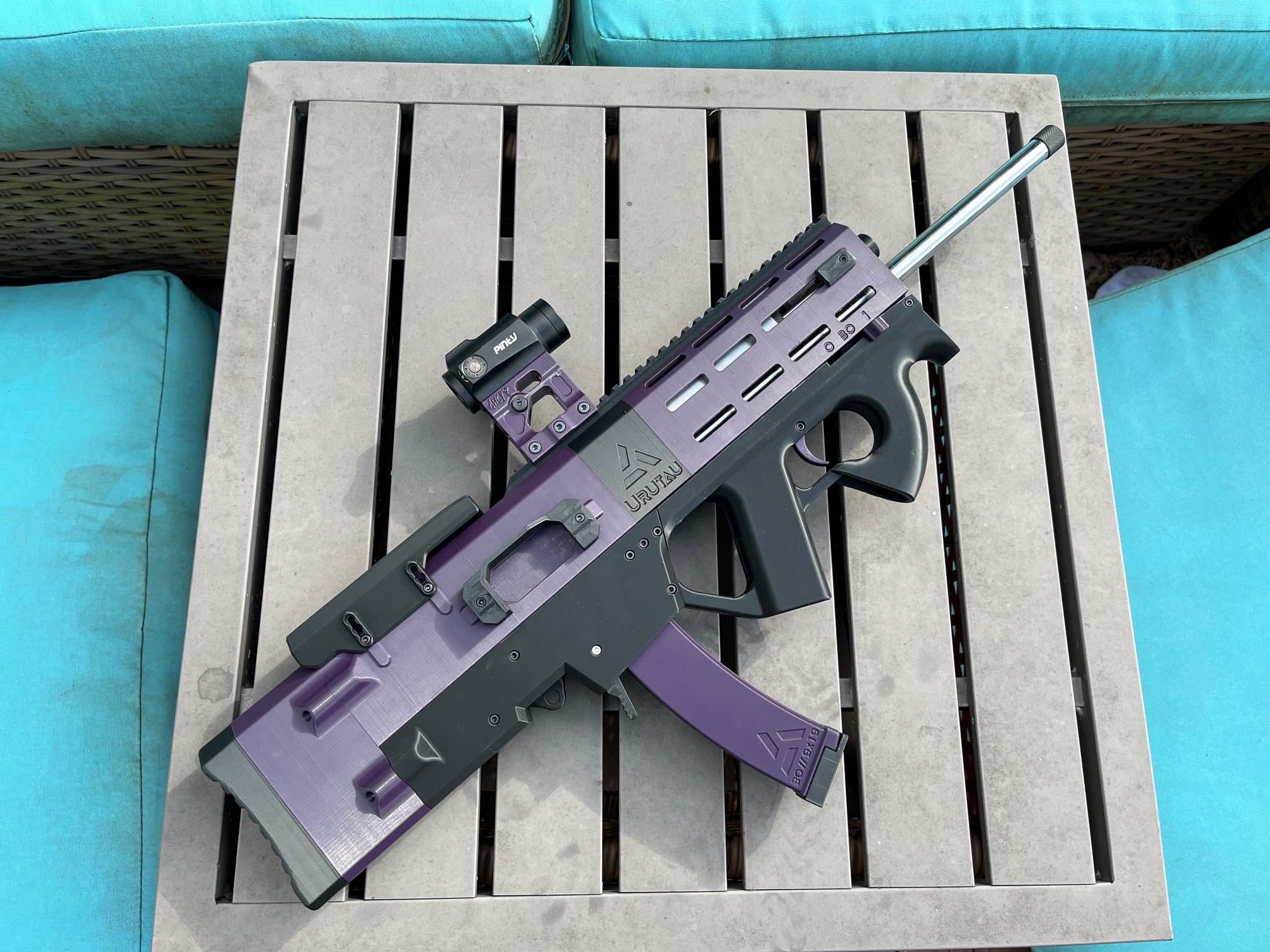 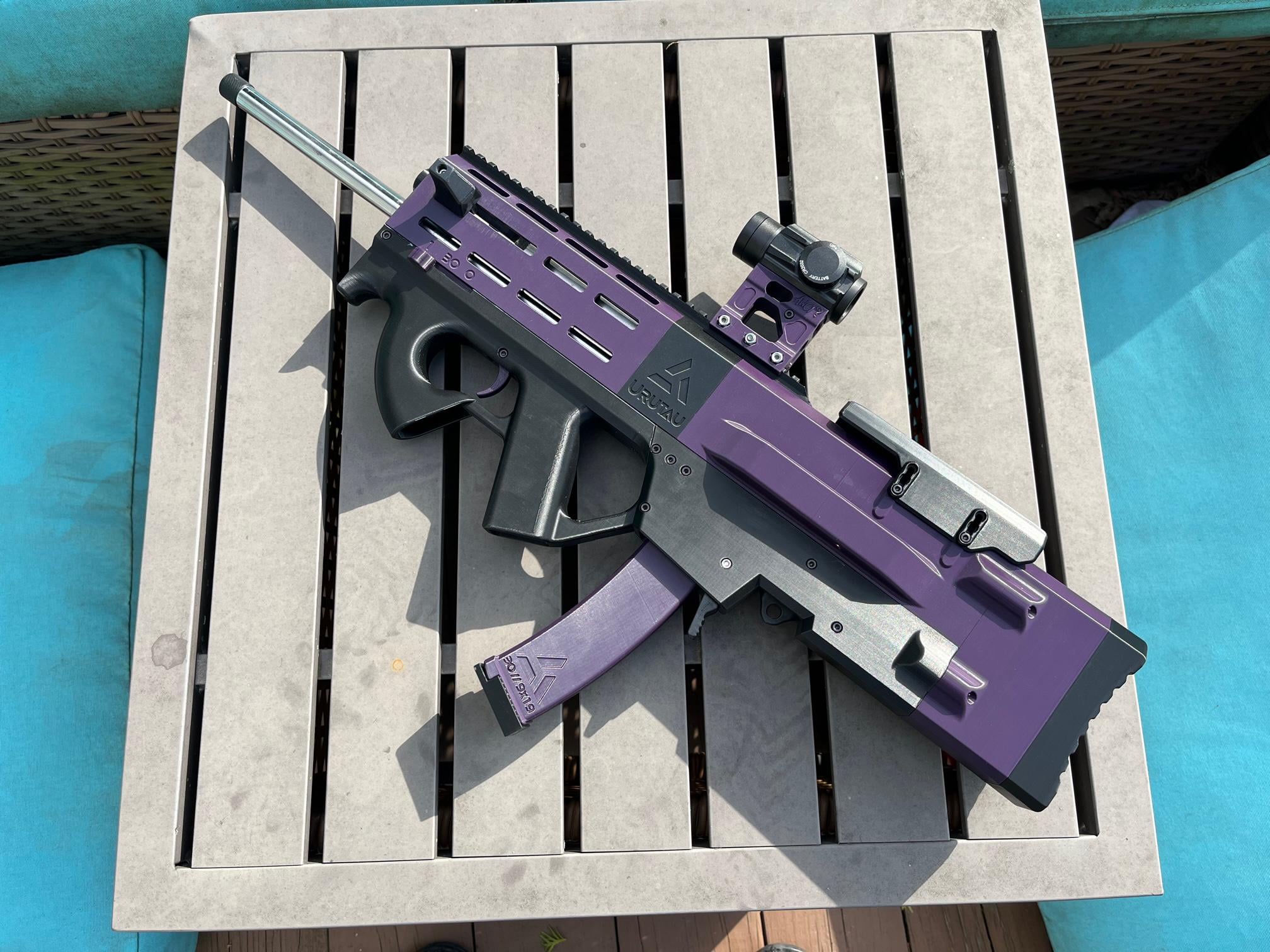 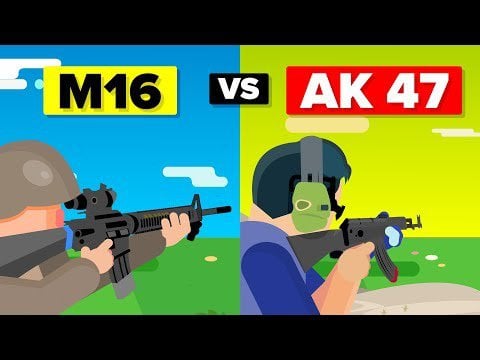 These two and their never-ending beef fascinates me.
Games usually have the 47 as the better damage dealer while the 16 is super accurate over semi-long ranges.
Posted 2 months ago Report
Link Quote Reply

Bad to the Pone
Two of my great uncles nearly died on the battlefield because of M-16s.
God dammit I miss them…..
Posted 2 months ago Report
Link Quote Reply

Zipp is g5 BP
@CaptainXtra
While that’s broadly true, in the real world they basically balance out in terms of performance. You can get really accurate AKs (made by the likes of Zastava in Yugoslavia/Serbia, for example), and higher-powered ARs running 7.62 for example.
Anyway, did somebody say “full-auto bufferless FGC-9”? Let me introduce you to the FMGC-01: 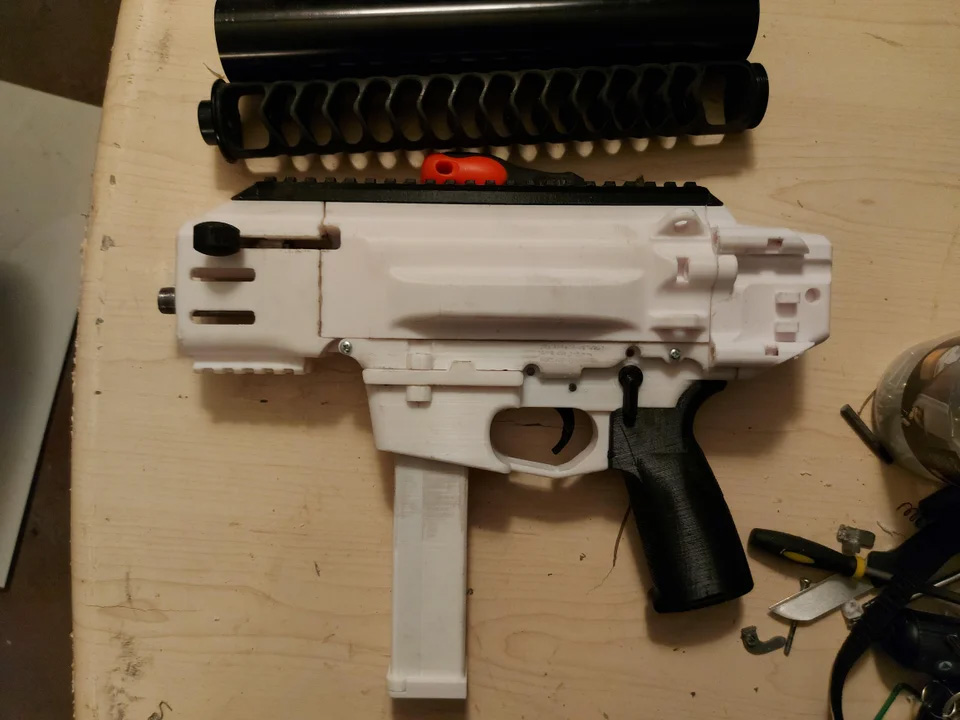 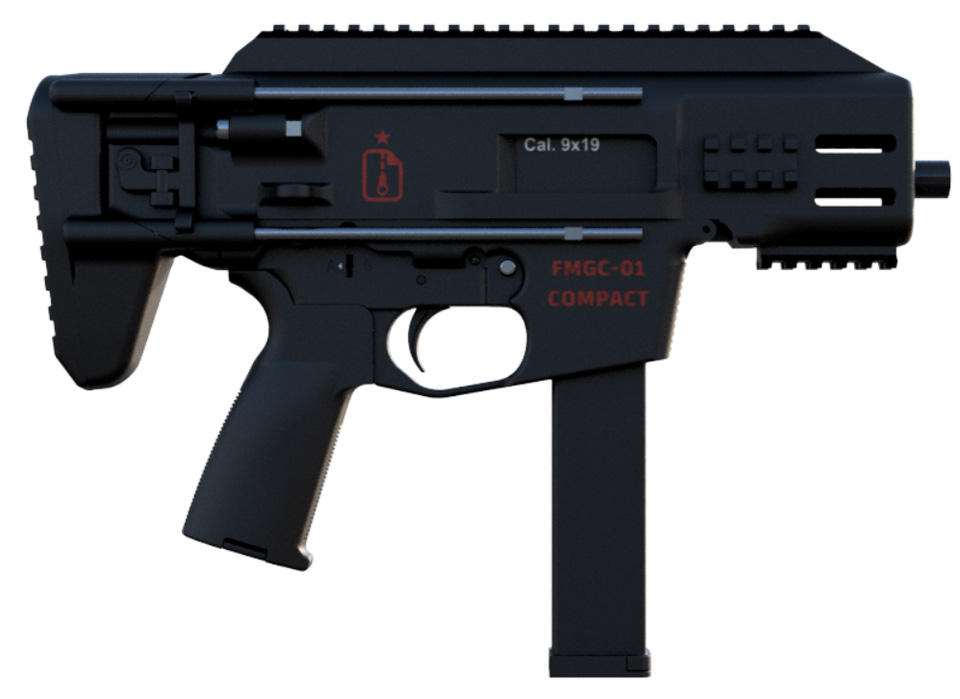 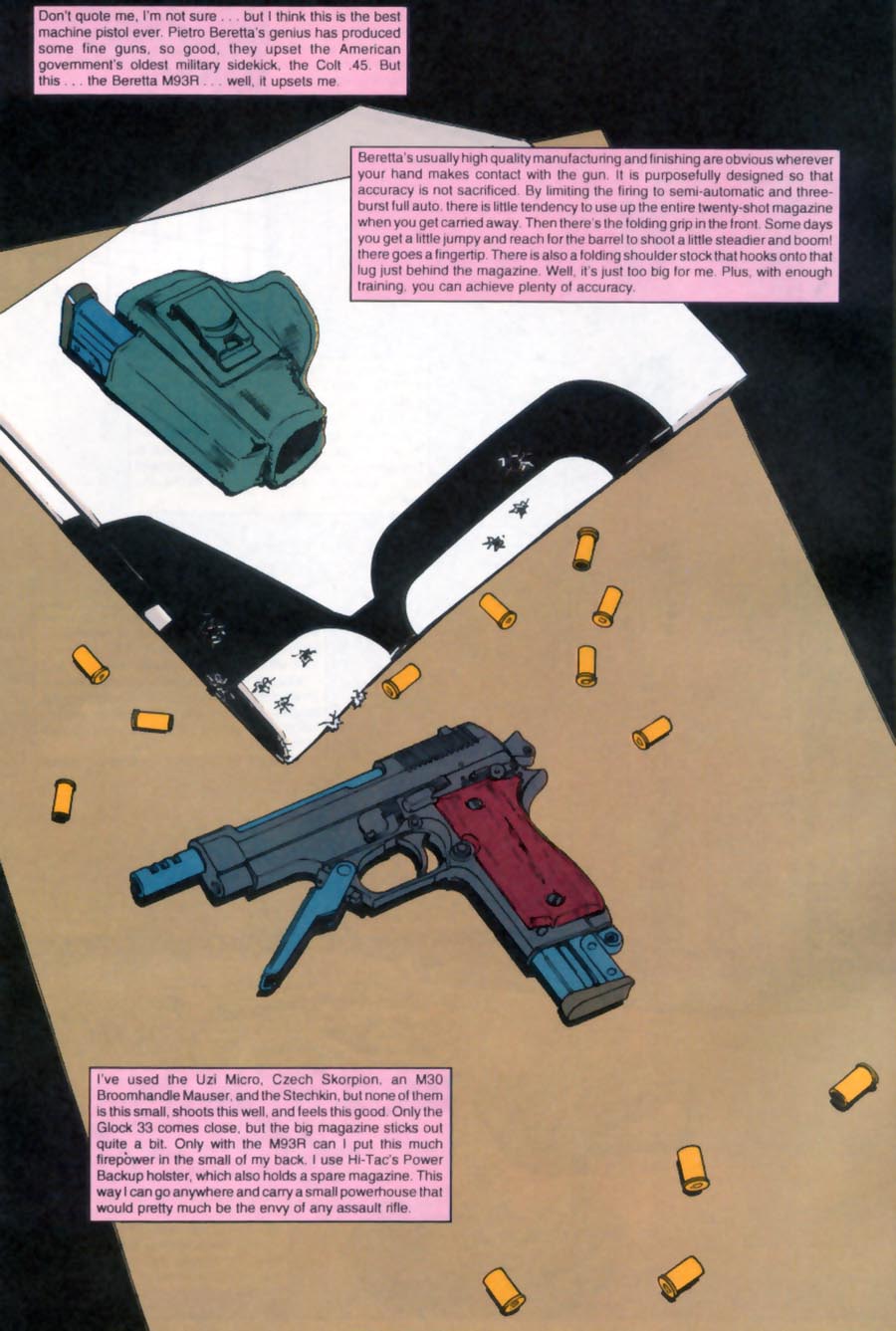 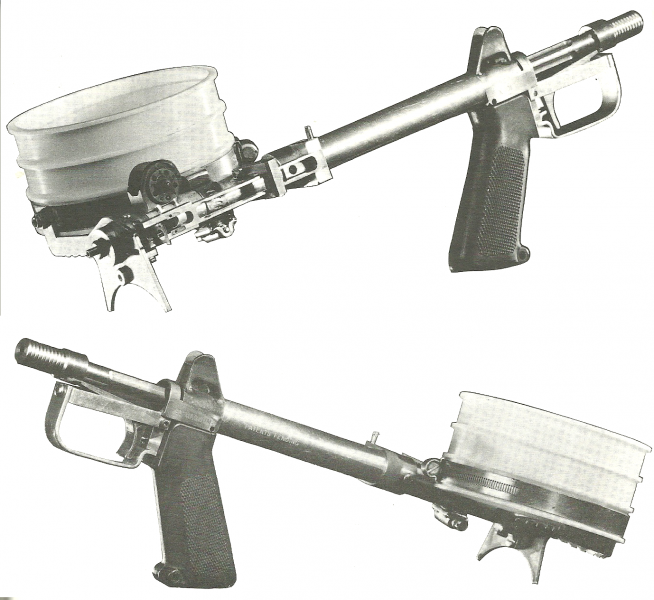 Is this some sort of weird auto-pistol or pest control gun?
Found it in some random ass thread and didn’t have much detail on what it is…
Posted 2 months ago Report
Link Quote Reply
Background Pony #5252
@CaptainXtra
It’s Stoehr Machine Pistol. It was used like this: 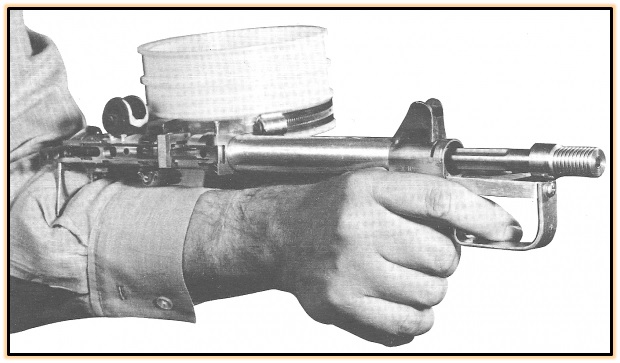 CaptainXtra
PUNCH A FASCIST!
Of course it would be none other than the Soviets who used a gun in space: 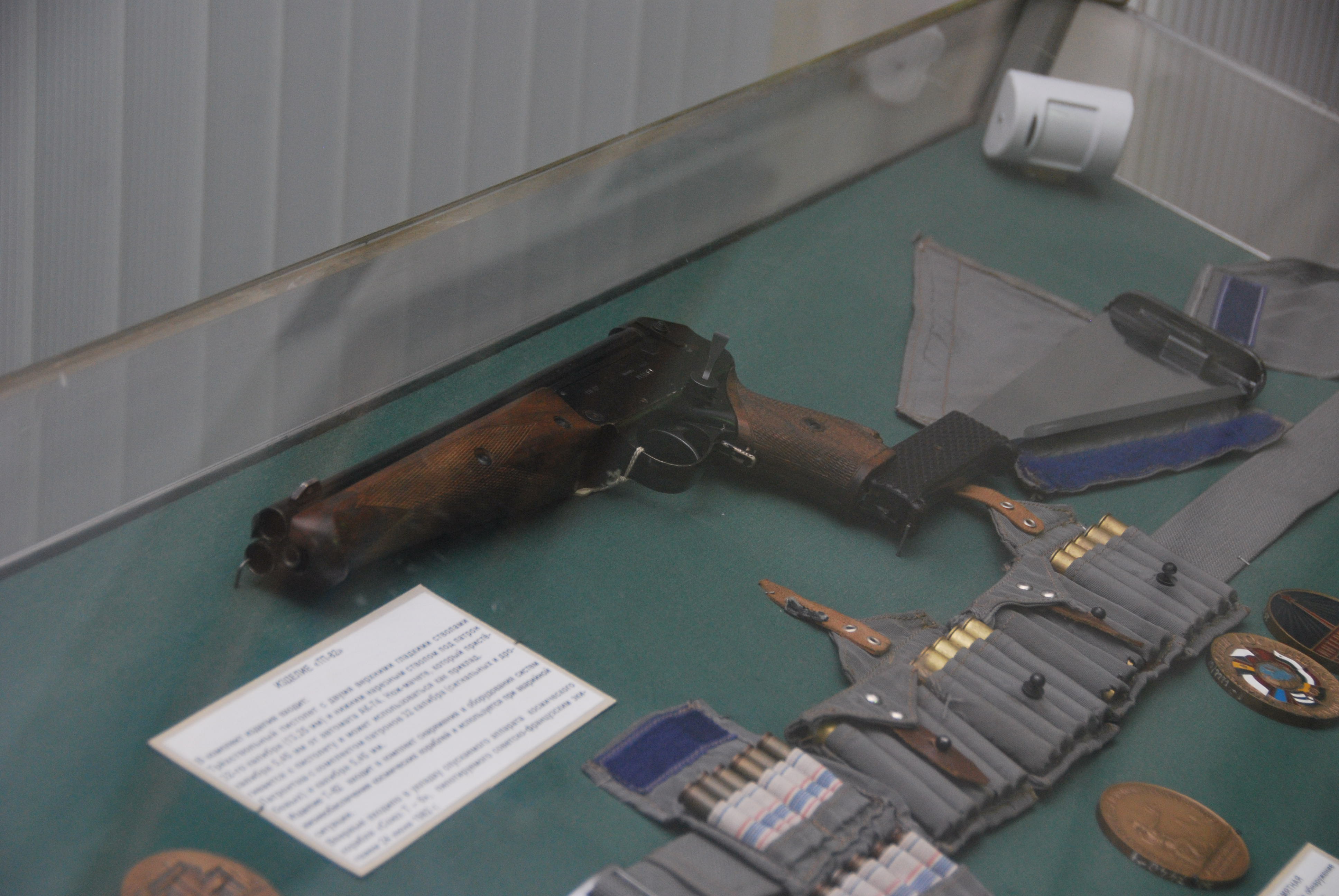 CaptainXtra
PUNCH A FASCIST!
Wonder why more Pistol Users don’t pair their handguns with mini-shields like this: 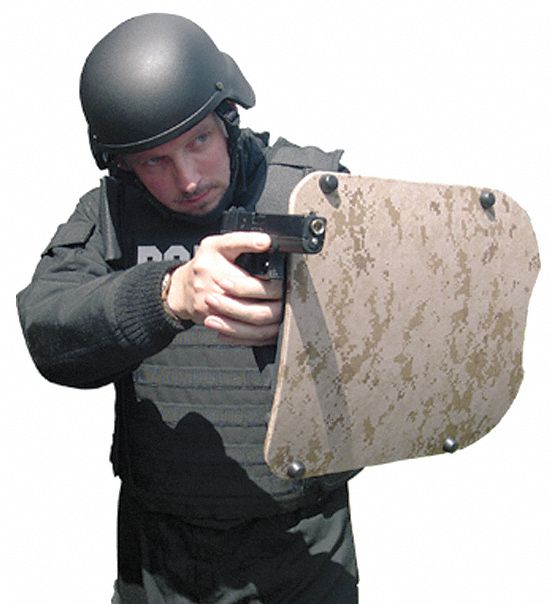 Could switch cover easier in a gunfight with some added protection that wouldn’t slow you down by much.
Fellas who don’t carry around Larger Firearms like Shotguns or Rifles would definitely get some usage out of this.
Posted 1 months ago Report
Link Quote Reply
Background Pony #5252
@CaptainXtra
The main advantage of handguns is size and thus portability. It follows that their main use is having them with you just in case. If you are taking such a shield with you, it means you are expecting a gunfight, so you might as well take a rifle instead.
Posted 1 months ago Report
Link Quote Reply

CaptainXtra
PUNCH A FASCIST!
@Background Pony #5252
Not even a Magnum or Rifle Caliber Pistol?
Posted about a month ago Report
Link Quote Reply
Background Pony #5252
@CaptainXtra
Magnums are not that different from regular handguns. Magnum rounds have more muzzle energy, but they also cause more recoil. For general use, non-magnum ammo is good enough. That’s because, as long as your bullets can penetrate, shot placement and speed matter more than some extra kinetic energy from magnums.
Rifles and shotguns still have more muzzle energy than magnum-firing handguns. For example, 5.56 fired from a rifle (20 inch barrel) still has more energy than .44 Magnum fired from a revolver (7.5 inch barrel). (Note that fudds whine how 5.56 is underpowered, meanwhile a .44 Magnum revolver used to be Dirty Harry’s “the most powerful handgun in the world”.) Additionally, rifle bullets typically penetrate better than pistol bullets due to their shape.
Rifle caliber pistols are gimmicks. (Unless you mean actual rifles that are only considered pistols by silly US gun laws. But for those, you would use both hands and preferably stocks, arm braces or other support. A shield would interfere.)
Posted about a month ago Report
Edited about a month ago
Link Quote Reply

Zipp is g5 BP
@Background Pony #5252
Yeah my mate Ivan was dragging the shit out of FN for their new “pistol” SCAR that, to quote him:

Point being, if you want more muzzle velocity, there is a hard-physics tradeoff with compactness, and is why PCCs make a lot more sense than meme-“pistols” that run on rifle rounds.
“B-But muh magnum, muh 357Sig, muh 10mm!” Sure, they’re theoretically more powerful, but then you’re trading a lot of usability for marginal performance improvements…which again, means that a PCC would do that better than a pistol. Like Shit_On_Wheels (of FMGC-01 fame) recently prototyped a Yeet-22 pistol that’s full-auto and despite it only running .22lr, you sure-as-shit wouldn’t want to be on the receiving end of that.
*(actually $3000, which he corrected later)
Posted about a month ago Report
Link Quote Reply
Interested in advertising on Derpibooru? Click here for information!