Corrupter of the pure
I don’t think we’ve had a general thread on this before. We’ve had threads on religions and what people believe, but not one just generally be it news, studies, or so forth. Religion is a big part of the world and there’s plenty of things going on in the world religion wise.

try to keep it civil

To start off this thread I’ve been trying to look at the future of religion adherent wise in the future, but the latest factually backed long term study was done way back in 1990. Anyone now of anywhere I can read updated information about changes in the number of adherents in the world? I like to occasionally read up on stuff like that to know where things are heading.
Posted 8 years ago Report
Link Quote Reply

Pomegranates :P
I believe in a greater power. However, religion is something many would because quite reserved about, due to the sensitive nature of such matter.
Posted 8 years ago Report
Link Quote Reply

Arch-Rarifag
Even though I am not Christian, I get annoyed by people taking pot-shots at some dumb illiterate Christian so they can pretend to be morally superior.

Hey, hate to break it to you guys but Christian “fanatics” ain’t shit compared to the fanatics of most other faiths. If you really are some Atheist Crusader go take a crack at them. Or are you a moral coward?

Corrupter of the pure
@Whatevs
Oh boy here we go.

Pomegranates :P
@uc9
I told you so. Religion is just something that people can’t seem to “keep civil” ever.
Posted 8 years ago Report
Link Quote Reply
Number1pegasus

The Element of laughter
@uc9

@SeraphimDawn
Yeah I don’t mean to sound rude but I think this was a bad idea.

Like Dawn said I have NEVER seen anyone actually keep this kind of subject civil.

It usually always ends in the same thing, “What makes you’re view better then mine!?” and it goes on and on and on until everyone gets pissed and leaves.

I mean you do get that Rare moment but like I said it’s “Rare”.
Posted 8 years ago Report
Link Quote Reply

Corrupter of the pure
@Number1pegasus
Honestly I think a hundred years from now people of every faith/non-faith are going to look back and go, “Why was everyone always upset at each other?” What I mean by that is the world isn’t just becoming a more peaceful place, but we’re becoming a more religiously diverse place as well. Eventually people are going to have to chill out and accept that not everyone who has a different faith/s is a “nut” nor does that make them a extremist.

Right now religious conflict is a big part of conflict, but due to changing religious demographics in countries eventually a country being multi-faith will no longer be such a big deal. It’s going to take decades and decades, but eventually the younger generations are going to go,
“Hey what was this argument about again?”
“Idunno; do you know?”
“I don’t know either”
“Then why are we arguing?”
“That’s a good question”

Corrupter of the pure
@Grieffon
The difference is that as a whole people still do believe in god/s, but they’re less religious and more spiritual about it. What I mean by this is to use a example you know those people that claim that the earth is only 6000 years old? They’re losing adherents at a alarming rate.

The reason why I have hope that in the future people will be chill is that by the end of the century those individuals are going to be so gone into the history books that no one will remember who they were. If there is no longer individuals who are claiming the world is only 6000 years old do you really think people are going to still be arguing about whether or not the world is that young?

By the time the next century happens no one is going to remember what everyone was arguing about in the first place.
Posted 8 years ago Report
Link Quote Reply

Well stressed, friend!
I remember a religion thread of a few months old, about someone wanting to have religion explained to them.

Man, what a glorious thread that was. It was civil as hell. Geez. Not being sarcastic at all.

Corrupter of the pure
@SocDev
Easy: Talking about religion is less prone to slapfights if you explain to someone rather then yell at them.

What I mean by that is there’s a massive difference between:
“This is what I believe as <insert religion here> and here is the reason why I believe this”
vs
“This is what is true and anyone else who says otherwise is wrong; END OF STORY”
Posted 8 years ago Report
Link Quote Reply

Yeah, some people just cant be argued with. I remember we talked about “interpretations” of the bible, and everyone came with different ways to see it, and all was shit and giggles.
Posted 8 years ago Report
Link Quote Reply

Corrupter of the pure
@SocDev
*raises hand to ask question
*readies for the drama bunker
Even though I’m not christian(ex-christian) this has always bugged me on so many levels and I still don’t understand it; if the christian god “is” love and jesus even said to love others wouldn’t that mean that christians are supposed to love others regardless of if a person is of a different faith or such? What I mean by this is on several occasions he even approached and treated people of other religions the same way as his disciples with the same level of compassion; doesn’t that mean christians should do the same as well and treat others regardless of whether or not the person in question is of a different faith the same way and love others?
Posted 8 years ago Report
Link Quote Reply 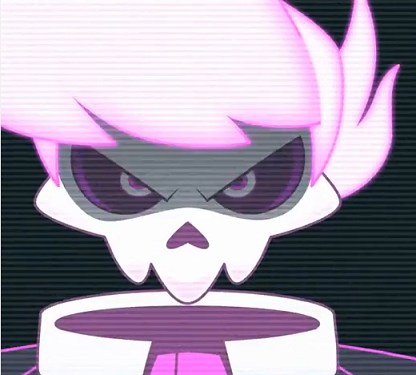 while not being religious myself, i greatly admire and have a deep respect for those who have genuine faith(but dont let it blind them). I sometimes wish I could believe in a higher power like that.
Posted 8 years ago Report
Link Quote Reply

Pomegranates :P
@uc9
Exactly. That was the point.
But the churches and some of the people who run such institutions became power hungry, and much misinformation that the original cause is obscured. Some people use certain parts of religious writings to justify their actions towards others. Don’t forget that Christianity is one of those religions that encompasses many people of different cultures, so there is bound to be variations and such.

Profesional Disappearer
Agnostic that leans toward creationist. Mostly cause I don’t believe the idea that the universe came into being because one day it just decided to. And I think that there has to be something that decided the rules of the universe, such as why gravity pulls inward instead of just shooting stuff outward or making stuff spin.
Posted 8 years ago Report
Link Quote Reply

Corrupter of the pure
@Grieffon
My church was batshit crazy and was one of the churches responsible for the shit in uganda through financially funding it and even brought a minister from uganda to talk about the “evils of homosexuality” and even talked about how they believed homosexuality should be punishable with prison time in the usa.

Whenever I had a legitimate question they would practically tell me to shut up and not question what was being said.

I was probably going to become a pastor cause of how much I know about the bible and such, but they hated how I actually thought about what was being said and kept telling me to be quiet until eventually I just kept quiet until I lost my faith.

What happened in a nutshell,
“Here’s why homosexuality is evi. . Yes what is it?”
“But shouldn’t you treat others with love and compassion regardless of like jesus said to treat others as he treated th~~”
“Quiet down in front. As I was saying here’s why this new law in uganda you should help fu~~”
“But isn’t that violating what jesus said as to gi~~”
“Quiet down in front. Before I was rudely interrupted here is why other denominations are not true believer~~”
“But isn’t that violating what jesus said about how he-”
“Quiet already. Jeez”
“. . .”
“blah blah blah”
“. . .”
“blah blah blah”
“(questions about what they were preaching piling up). . .”
“blah blah blah”
(loses faith, pretends to be christian for another year until moving so as to not cause a scene from them believing anyone not of their church is automatically evil)

I know not all christians are like that, but I’m not going back to christianity after that. They even talked about being pro-WBC until the WBC started protesting soldier’s funerals and then said that it was satan’s doing when not a couple weeks before they were praising the WBC.

They should, of course they should. The problem arrives when people arent sure about what they believe, and they get all butthurt when they think that “other” religions are a threat to his/her own religion. That, or they are so full of themselves they believe their own religion is the true one, therefore everyone else is a fool.
Posted 8 years ago Report
Link Quote Reply

h
@uc9
I was raised as a Christian by a Christian family in a Christian neighorhood, living literally 1-minute-walk away from a church. As I grow up, I realized that some of the vilest people I know go to church and pretend to be moral and all. Then one time, after one of my uncle died, a priest told my mother to pay for some ceremony to help him ascend to heaven, to which she replied “So we have to pay money to be accepted by god?”. Gradually, I just accept that if there’s a god, either he is unjust or he doesn’t care, and I stopped wasting my time worshiping.
Posted 8 years ago Report
Link Quote Reply

Profesional Disappearer
@Randomosaur
Coming from you, I’m not sure if that was an insult.
Posted 8 years ago Report
Link Quote Reply

It wasn’t. I was asking a question and gave you a link to some good info.
Posted 8 years ago Report
Link Quote Reply
Interested in advertising on Derpibooru? Click here for information!