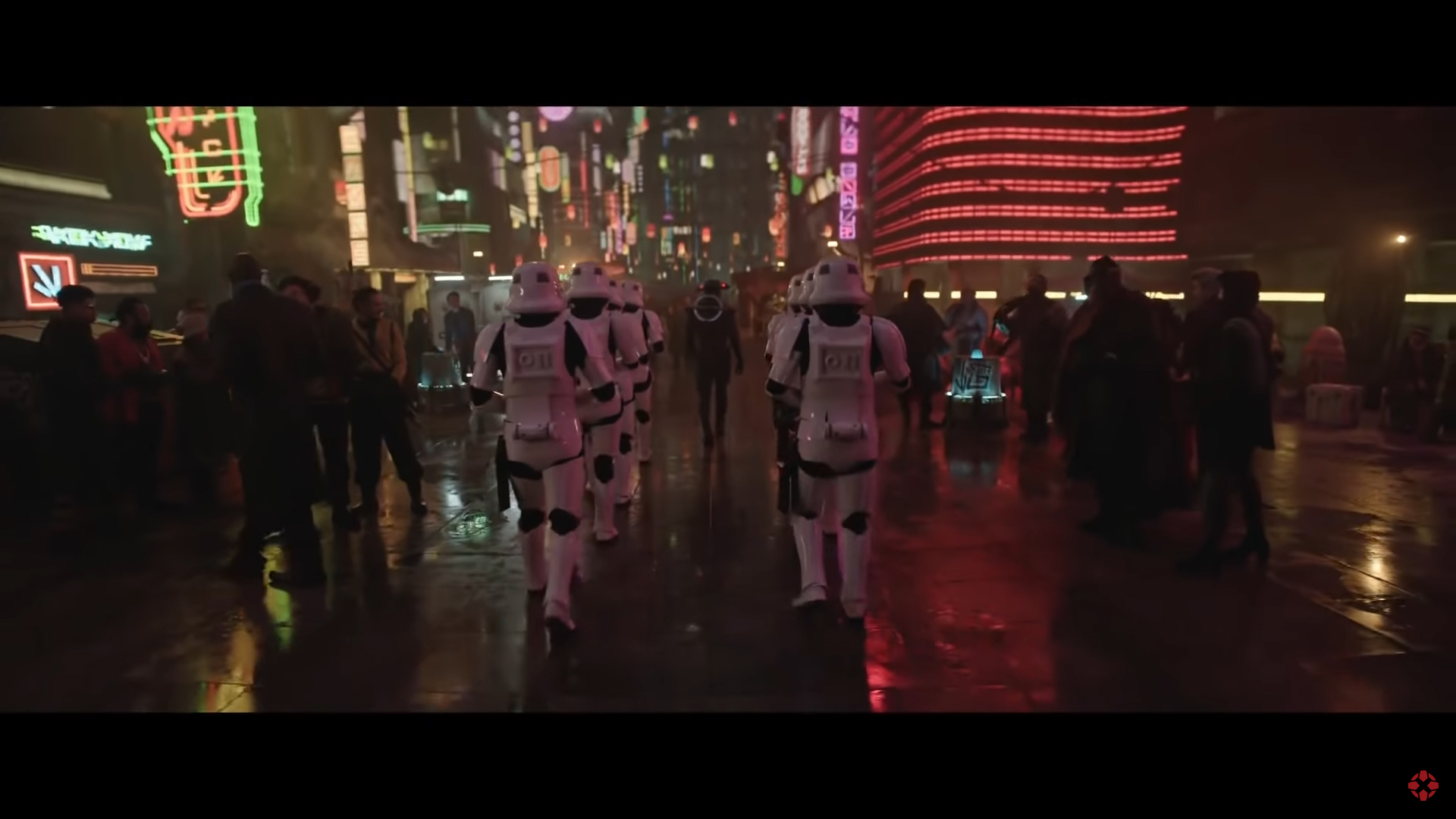 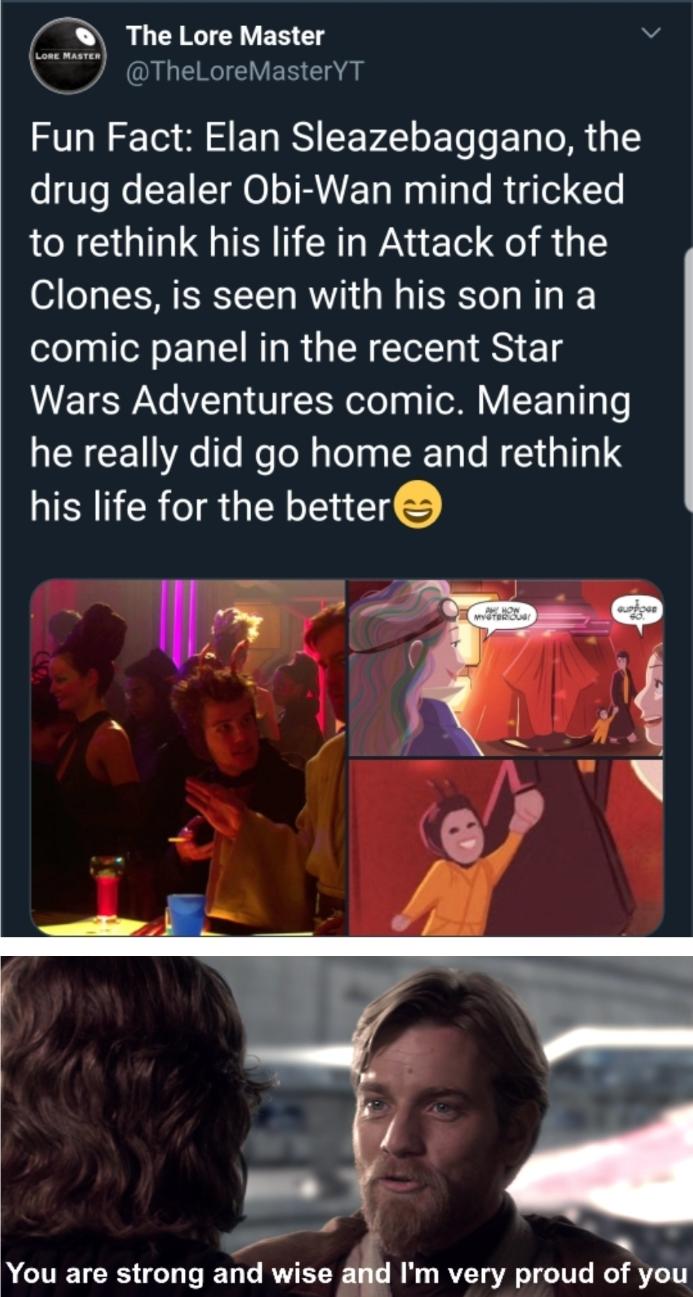 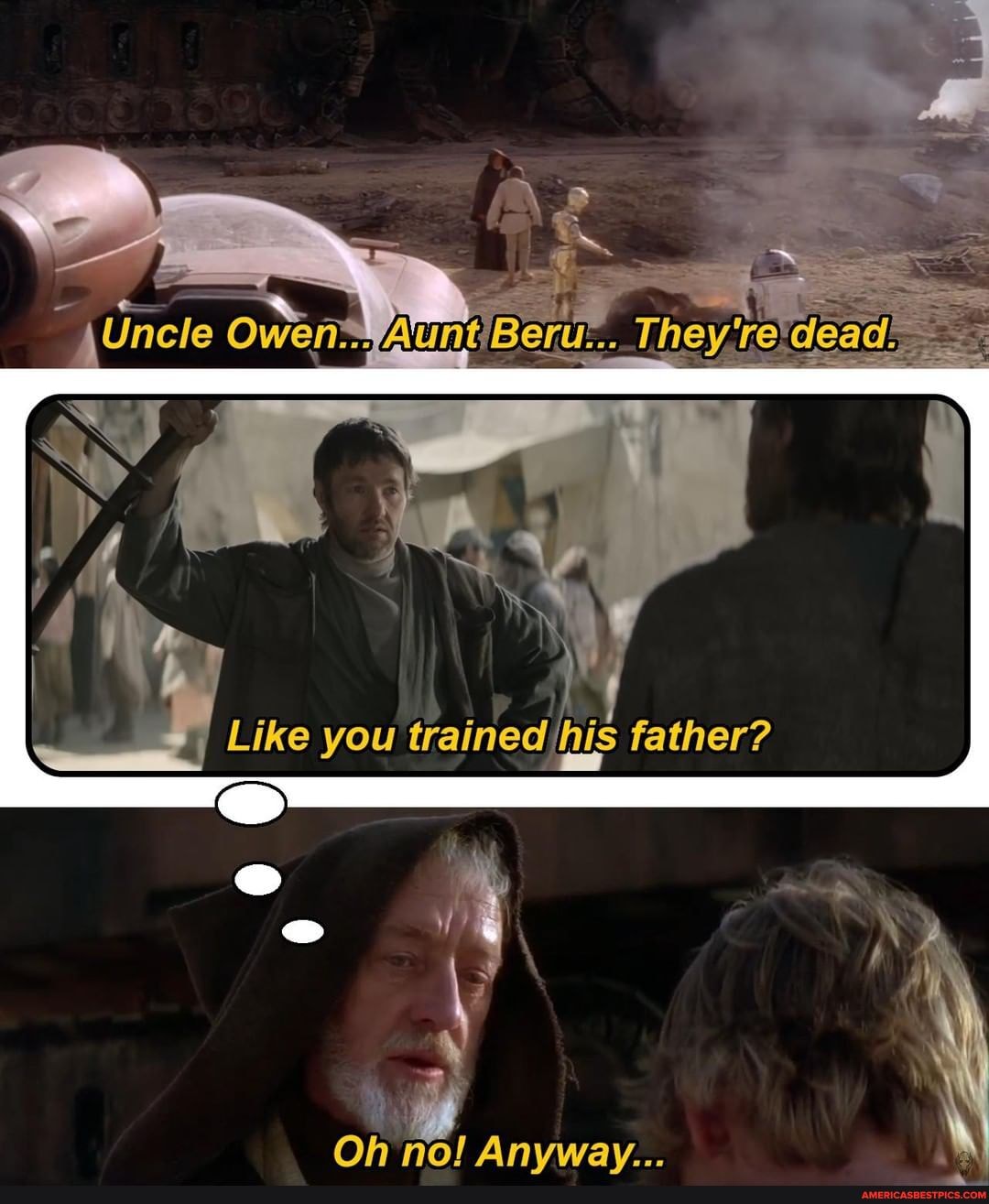 Shiny Bug
From a coworker whom was leaving the job for another one, apparently there’s still people who are convinced Disney is going to retcon the Sequel trilogy out of existence? I just sort of never understood that, or the reasoning behind how anyone could buy that as a thing Disney would do.
Posted 9 months ago Report
Link Quote Reply

@TheFinite
I don’t know.
I guess since Disney shafted Legends people think they’d do it again with their own thing.
That’s just wishful thinking of course.
The optimistic or slightly more likely thing is an alternate timeline away from the Sequel Trilogy and even that’s probably never gonna happen either.

Shiny Bug
@Darth Prime
I mean from my perspective, they got rid of Legends because they would likely need to step all over it to make new movies regardless.
I’m rather fond of the Sequels, actually preferring them over the Prequels, but I think it’s much more likely (and useful) that they’re going to expand upon them with side material, like had happened with the Prequel trilogy. It makes plenty of sense from a financial standpoint; Sure, the Sequels didn’t make as much money as the Original trilogy, but it did make more than the Prequels; I simply think they’re waiting for a bit of the heat to die down as they work on their existing projects first.
Posted 9 months ago Report
Link Quote Reply

@TheFinite
I figure the reason they’re not doing anything in Sequel era is because it’d basically be the same stuff they’re doing right now with post-ROTJ: rebuilding the Jedi again reestablishing the Republic again.
They’d basically be telling the same story side-by-side in two different eras.

🔥Sunset is best girl🔥
@TheFinite
i mean there’s no story’s to tell in that era cuz it fucked itself back-to-back-to-back so hard.
Posted 9 months ago Report
Link Quote Reply

@neutralgrey
Probably you got the Inquisitorius including the Grand Inquisitor so yeah that includes Purge Troopers.
Posted 9 months ago Report
Link Quote Reply

Shiny Bug
@Angrybrony
Not really how that works. Just because you aren’t able to come up with ideas doesn’t mean they don’t exist.
@Darth Prime
While I can see that there are similarities between the two era’s, I don’t think it’s impossible to tell different stories between them. The post-ROTJ era is locked-in with where it’s going, but the post-TROS era isn’t.
Posted 9 months ago Report
Link Quote Reply

Shiny Bug
@Darth Prime
If you don’t like it, Legends is still there to read.
Posted 9 months ago Report
Link Quote Reply

Ocs,Boops,Tickles&Memes
My friend mad e a gift for me
Ahsoka headpats :3 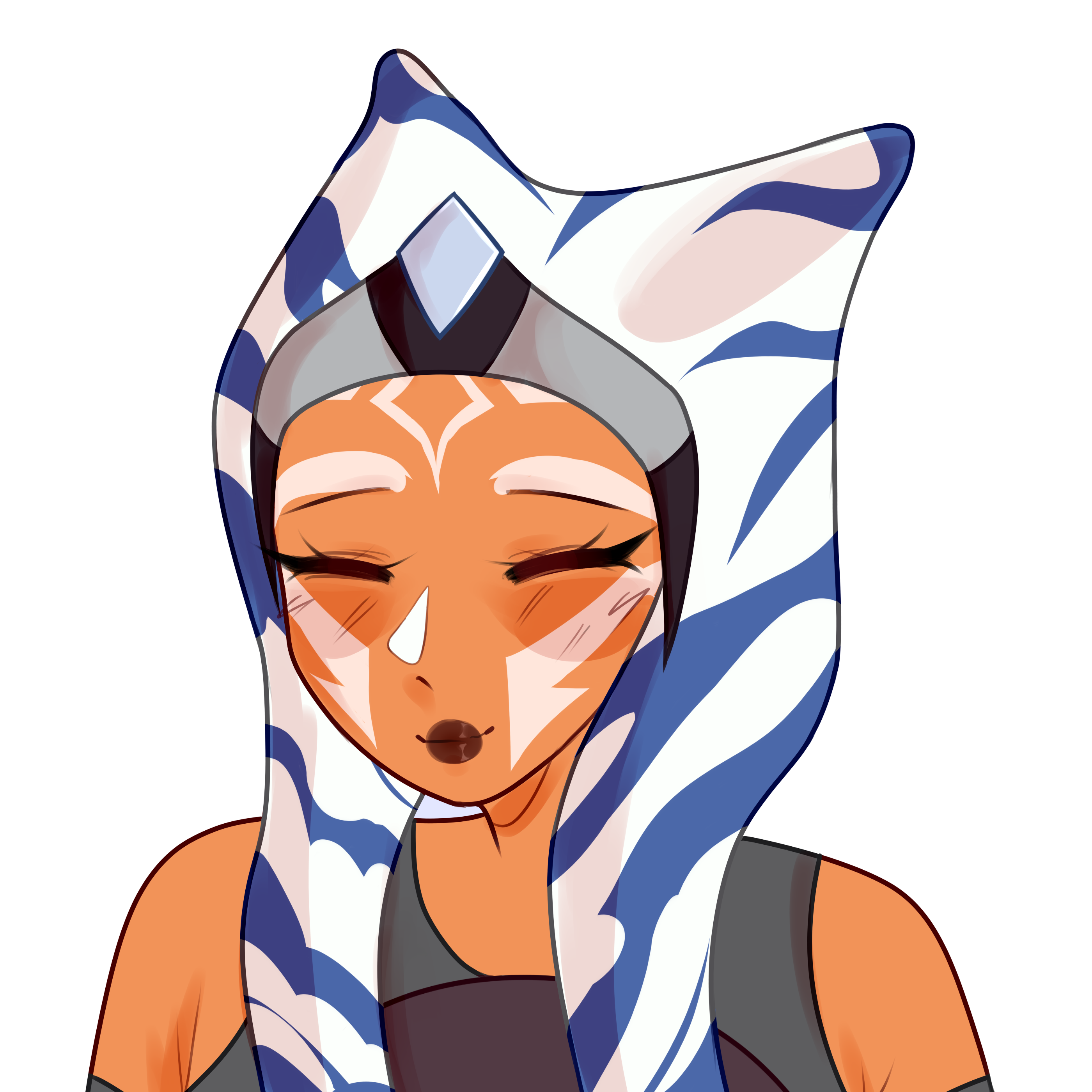 @TheFinite
I know that and I have been (via audiobooks) doesn’t mean I stop being critical of new and canonical stuff.
Posted 9 months ago Report
Link Quote Reply

Shiny Bug
@Darth Prime
And I’m fine with that; There are issues I have with currents Star Wars as well, it’s simply that I think expanding upon it is a better idea than erasing it. The stuff around the prequels is better then the actual prequels, for example.
Posted 9 months ago Report
Link Quote Reply

@TheFinite
Yeah but the Prequels still had its own identity its own story to it messy though it might have been in its execution thus your supplementary type stuff The Clone Wars being the most obvious was basically a refining or smoothing of edges of what was already there.
The Sequels on the other hand don’t really have its own identity and feel hollow and because of a lack of unified vision of creative differences the trilogy feels disjointed contributing to that hallow thus supplementary material like Prequel era type stuff doesn’t have anything that could be refined it would have to figure something out that could be inject into the Sequel era to make sense out of it.
And in addition to that let’s consider how much time there is between films of the Prequels and Sequels.
Prequel Trilogy: Episode I ten years Episode II three years(The Clone Wars obviously) Episode III.
Sequel Trilogy: Episode VII like an hour I guess Episode VIII like a year Episode IX.
Unlike the Prequels or even the OT there’s not a lot of time between movies in the Sequel Trilogy so there’s really not much room for there to even put in a The Clone Wars type series to try and patch things up for it.

Ecto-Phase,Activate!
@Darth Prime
I’d still like to see a show with Finn as the main character. Set after Rise, may be still palling around with Rose, going on quirky adventures, saving more space horses.
Posted 9 months ago Report
Link Quote Reply

@Dex Stewart
Sure too bad John Boyega said specifically “Nah you’re not going to Disney Plus me”.
I guess it could be an animated think with someone else voicing him.

Cool Spook
You know what RoS needed? Palpatine scratching at a scruffy beard throughout the movie, and at one point going “This is why shaved when I was in office.”
Posted 8 months ago Report
Link Quote Reply
Interested in advertising on Derpibooru? Click here for information!