Generals » Don't blame me, I voted for the other guy. (Politics General) Search Posts
Started by Archonix
Posted 4 years ago
120481 replies
Subscribe

On Vacation
@igotnopicks
When has that ever not been the way of things?

We’d all be working 7 days a week, our kids would be nibbling on lead paint, we’d be filling our cars with leaded gas, and struggling to put out the BURNING RIVERS if it weren’t for government intervention.

… ok, perhaps the monastic revolution during the Tudor period in England … that was pretty cool.
Posted 23 days ago Report
Edited 23 days ago
Link Quote Reply

“ShimSham my GlimGlams”
@Ciaran
Don’t tell any of the free marketeers how several inventions/their tech that they attribute to the advent of capitalism were financed with government funding.
Posted 23 days ago Report
Edited 23 days ago
Link Quote Reply

On Vacation
@Vivace
At least, not until the non-complete/non-disclosures expire …
Posted 23 days ago Report
Link Quote Reply

Part-time Pizza Cat
The Red Covid is a hilarious sight to behold.

The deaths are ramping up so fast. I’ve heard from the grapevine that GOP ops in VA are worried that the low death rate in NOVA and the high death rate in south central VA might be enough to legitimately impact the governors race.

Lol, TPUSA is using the tired and debunked talking point that “Taxation is theft”

Well to that I have a simple response Charlie Kirk. Don’t like it? Move out of the city and live in a hippie commune. I’ll give you a week before you come back to civilization

Posted 23 days ago Report
Edited 23 days ago
Link Quote Reply
Background Pony #A191
@Commune
Hopefully, those history books will be honest and insightful enough to include the fact that the entire GamerGate movement included factions from all over both the left and right wings of the entire ideological spectrum (yours included), and wasn’t just solely composed of actual reactionaries (and/or mislabeled, so-called “reactionaries” that were simply hell-bent on a genuine harassment campaign.


If not, then color me surprised, because nearly all of those of who are and have long been in control of scholarly institutions/high-level academia have always appeared to be the exact same people who’ve blindly bought into the anti-GG version of the story, and neither completely nor thoroughly have accurately assessed both.

In two years you gonna have somebody make a theory that the Covid-19 was a leftist communist bioweapon meant to dwindle the number of freedom loving americans, enough to significantly shift the entire country leftward.
Posted 23 days ago Report
Link Quote Reply

@tehwatever
If Alex Jones didn’t already say Covid was a hoax, he would have said thay
Posted 23 days ago Report
Link Quote Reply

If only that were the case.


Unfortunately for them, it was just stupidity.
Posted 23 days ago Report
Link Quote Reply

Some dumbasses believe that this proves there was some kind of fraud because we are dealing with literal toddlers.
Posted 22 days ago Report
Link Quote Reply

“ShimSham my GlimGlams”
@Zincy
Some say it’s simply a phase in a GOP long game: the audit being to figure out how the machines work so that come elections, they can sabotage them and pull off evidence-free election fraud better than they claim the Dems did.
Posted 22 days ago Report
Link Quote Reply

While I wouldnt put it past them, I don’t think there is a way to do it evidenced free.
Posted 22 days ago Report
Link Quote Reply

With how many times Trump has “lost” the same election, I have to wonder how long it’ll take before one Based individual asks Biden “Are you tired of winning yet?”
Posted 22 days ago Report
Link Quote Reply

Part-time Pizza Cat
A sheriff in Wisconsin threatened to arrest a teen for a post back in 2020.

The post? An Instagram detailing her experience with covid. The sheriff claimed that the post was “scaring” parents, and threatened the teenager and her parents with arrest if it were not removed.

Her parents sued, and just yesterday the judge ruled in their favor. Saying that the police and school district (which attacked the teens reputation in the media shortly after the incident took place) violated her 1st amendment rights.


That, my friends, is a freedom of speech violation. It’s not when a private company deletes your tweet, it’s when a government official threatens your freedoms if you don’t comply.

Then listen it on rap form.

Posted 22 days ago Report
Link Quote Reply
Background Pony #389B
…You know, I’m actually confused as to whether or not the whole concept of “war crimes” is actually meaningful or even makes sense, considering that war, in and of itself, is always composed of violent actions, that—also in and of themselves—are always inherently violent to the point where, in any of those situations, would rightfully be deemed as being actual crimes against the law.


TL;DR: The term “war crimes” is both somewhat of an oxymoron, and a semantical equivalent to the phrase “somebody peed in an ocean full of piss”, Change My Mind™.
Posted 22 days ago Report
Link Quote Reply

A soldier killing another enemy soldier is a normal, if horrid aspect of war.

A group of soldiers raping all the women in a village and then setting that village on fire for shits and giggles is a war crime. As it is not a standard or nessecary practice of war, and manages to step over the line from normal reprehensible to absolutely atrociously reprehensible.
Posted 22 days ago Report
Edited 22 days ago
Link Quote Reply

CaptainXtra
El Paso Resident
@Background Pony #389B
Shooting at this armed to the teeth guy: 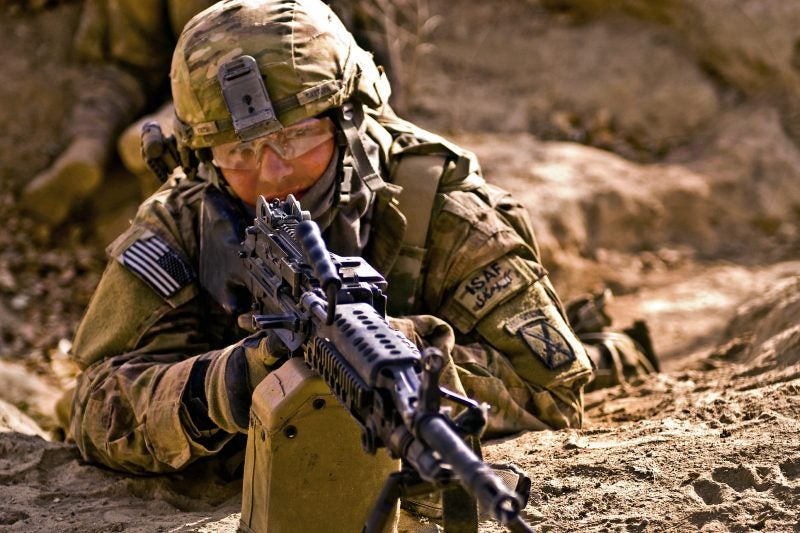 Is not the same as shooting at these unarmed people: 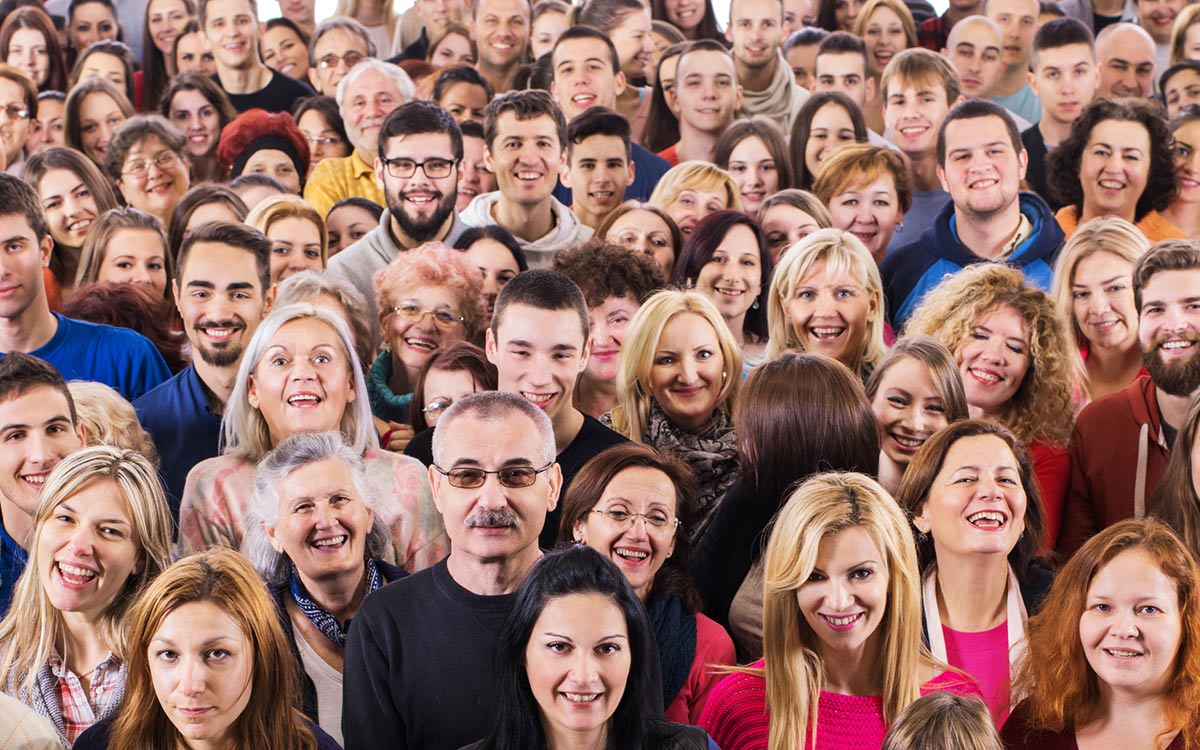 GamerGate was the culmination of letting 4chan “mean Internet” /trolling culture progressively deadly influence on the Internet going unchecked for too long. It was an overblown reaction by angry nerds with too much time on their hand being frustrated that normal people didn’t follow them along in an unanimous condemnation of both a frankly mediocre (if not borderline shitty) review show by Anita Sarkeesian and the private sex life of some broad who made the video game equivalent of those old Fighting Fantasy book but about depression.

Their interventionist amateur sleuth/vigilante mindset couldn’t cope with the facts that the average Joe couldn’t give two shits about such insular issues (the fabled “weaponized autism” in action ?) so they did what channers do best. Acting like retards constantly and loudly to bring more people to make a mountain out of a molehill through the power of Internet drama (aka the “lulzcow” tactic, perfectioned on Christian Chandler).

This had two effects, the average Joes, blissfully ignorant of the common channers obsession, saw a bunch of weirdoes frothing at the mouth at womens expressing their (admittedly very biased) opinion on a media traditionally aimed at mens. Since 4chan has never been known for mastering diplomacy and debate at any levels, they aligned themselves with those woman’s, putting the spotlight further on their half baked, very basic theories. Good job, anons. You spent the last 20 years circlejerking about fucking free speech, censorship, and memetic mutations and you managed to pull a Streisand effect-esque on the very own YouTube podcast you felt threatened your core beliefs instead of letting it vegetated on YouTube among the other prigs who improvise themselves reviewers.

Constating this failure, channers were responsible of the second effect I was mentioning earlier, they doubled down and radicalized themselves even further by retreating on an even more far right adjacent echo chamber than 4chan was:8kun then named 8chan,effectively pursuing 4chan legacy on making far right ideals more palatable to the tech savy counterculture youth by dressing it down with Pepes or Wojaks.

That’s what GamerGate was all about. A bunch of socially maladapted neckbeards who felt the only sensible answer to some no name, third rate prig ho-huming Princess Peach roles in the Mario games was to spread her message further and to make the Internet more tolerant and enabling of neo nazism than it already was in the late 2000s.

Posted 22 days ago Report
Link Quote Reply
Background Pony #F6BB
I feel like for the sake of fairness, I should dunk a little more on Sarkeesian side, even tho in this whole affair, their side have been the less effective and the less dangerous, as left wing busybodies tend to do so I’ll say this.

Fingers wagers like Sarkeesian, Johnathan McIntosh or on a lesser note oughta be ignored instead of being elevated to the rank of public enemy number One. They are prigs, they talk a big game but all they have is grievances and no solutions or talents to improve the media they have so much issues with. Undertale, who checked a lot of checkbox post GamerGate who could have condemned it as being woke or ess-jay-double-you depending on the Era (phases of gameplay akin to walking simulator, gay romances, heavy emphasis to dialogue, possibility to avoid combat and violence) succeeded without following the advices of Sarkeesian, presumably because Toby Fox as an amateur developer have a more in depth knowledge and genuine appreciation of video game history, tropes and mechanics than a poseurlike Sarkeesian who on the other hand purposefully mischaracterize game mechanics (the Hitman stripper shooting being stubbornly characterized as an encouraged line of action despite the game being one of infiltration at its core and penalizing the murder of any innocent passerby which include you know, not-stripper characters) and have such unreachable standards as far as female characters representation goes that the only recorded instance of such a character gaining her favor is the largely forgotten Scytian from Superbrothers Sword and Sorcery, an intentionally flat character, heavily pixelated silhouette looking vaguely like a long haired warrior (which is fine and dandy I guess, but not everything need or should look like female Frisk to be quite honest)

Those people might think they are big shots for being in the temporary spotlight for being in the eye of a drama cyclon but in my opinion the medium will evolve thanks to innovators, not overzealous confrontational, self important ideologues like those people are
Posted 22 days ago Report
Link Quote Reply

@Background Pony #F6BB
I appreciate your balanced view. For me it’s important not to forget what precipitated GG, the progressive far left turning gamers into villains for enjoying games. With their articles and videos they filled the room up with gas until ZQ and Nathan Grayson aided by the Gawker lawyers provided the spark that made what would have been a few threads on /v/ for a day or two, into a movement in one of the finest examples of the Streisand effect ever seen. After the entire kerfuffle is said and done we are left with a divided community and legacies from both sides that live on and continue to divide people to this very day.

A New York times article shows us the consequences of BLM protests in America in the summer of 2020 and the weakening of US law enforcement that followed, a rise in murders. The article also points out corona, the economy and increased gun purchases as relevant factors as well.

As America stumbles ever onward in its current dual reality bipartisan paradox world where two contradicting versions of everything exists I draw one conclusion from this, the far left is as dangerous as the far right. Whether it is someone working to weaken law enforcement or dispute the effect of vaccines, they are both equally dangerous. We can only hope Americans wake up someday and unite again.
Posted 22 days ago Report
Link Quote Reply
Interested in advertising on Derpibooru? Click here for information!