Generals » Don't blame me, I voted for the other guy. (Politics General) Search Posts
Started by Archonix
Posted 5 years ago
138242 replies
Subscribe
Background Pony #3462
@Violet Rose in The Rain
Tearing out the hair of his neckbeard?
Posted 1 months ago Report
Link Quote Reply

WORKERS at a Starbucks store in South Carolina have filed charges demanding their immediate reinstatement after they were sacked as they demanded better terms and conditions.
Staff at the Clemson Boulevard branch in the town of Anderson were accused of assault and kidnapping by the manager, who called the police.
Starbucks Workers United branded the charges “false and absurd,” insisting that “in no way, shape or form did they attempt or prevent the manager from leaving the store.”
The workers said that they had merely collectively presented a letter of demands to the branch manager, actions which are protected by federal labour law.
In footage shared on social media platform TikTok viewed more than 7.6 million times, the manager asks whether the workers can leave the building and they reply Yes.
The global coffee chain responded by shutting down the branch, suspending the entire workforce indefinitely and banning them from visiting any Starbucks location.
In March, the coffee chain recruited former CIA operative Amanda Stanfill as its manager of global intelligence for retail operations.
She had also previously worked for the US State Department and the notorious anti-union Pinkerton intelligence agency.

The manager’s charges are a pretty blatant attempt to illegally retaliate at workers for attempting to unionize, but I think there’s another layer at stake here. Effectively, this manager, and Starbucks as a corporation, know their workers aren’t paid enough to handle a legal battle. Court fees and a years-long legal battle are just not something the average American worker can realistically afford. Even with something like this where the manager is clearly in the wrong, enough money and legal obstruction means a verdict likely wouldn’t ever be reached within a reasonable time span, and for a company that can’t see past its next quarterly report that’s enough.
Imagine this goes forward in court and takes (optimistically) about two years to reach a verdict. In two years, these workers could be homeless. If they couldn’t find another job nearby, many would have moved or left to live with relatives elsewhere. If they do find another job, they may still need to move. They might sell their cars, or get caught trying to steal food. They might die without access to healthcare they may have had through their workplace. Even if they don’t have to pay any of the legal fees, the idea that they can just wait it out and collect when a court reaches a verdict is just not possible for most Americans who don’t have the privilege of a middle or upper class safety net. There’s also the dynamic of courts (unconsciously or consciously) effectively deciding that poor people simply deserve less, so any penalties Starbucks might have to pay (if the court decides against them after 2+ years of beurocracy and legal deliberation) would be pennies compared to what they could make by running the store with a new crew of people ready to be exploited. Even in the worst case scenario, Starbucks may decide that it makes business sense to make an example out of these workers to intimidate incoming workers.
This is why the only real solutions to capitalist exploitations necessitate the removal of the rich. Our suffering is part of the process. They profit off of it. If we want to stop the real harm caused by capitalist exploitation, we have to remove the economic incentive to cause it, which will mean removing the corporate power structures and the people who benefit from them.

Of course, Silbasa might come back in here and scream about how all of this is Communism, and my response would be,
“If only.”
Posted 1 months ago Report
Link Quote Reply
Background Pony #1D40
@Violet Rose in The Rain
I’m baffled that so many people see the weird US brand of capitalism as the only possible implementation of capitalism. And since the US system has serious issues, they proclaim that capitalism must be replaced. Well, what do you want to replace capitalism with, other than communism, feudalism, or some quasi-fascist centrally planned economy?
I’ve even heard Americans say that they “want communism, just like Europe has”. SMH.
Posted 1 months ago Report
Edited 1 months ago
Link Quote Reply

CHS, Class of 20XX
@09MurphyM
Forget “good”. They damn near needed to prove he was on the grassy knoll. You don’t execute a no-knock raid on a former President of the United States without an obscene amount of evidence to back you up. No judge—no judge—is going to sign off on that warrant lightly.
Posted 1 months ago Report
Link Quote Reply

CaptainXtra
PUNCH A FASCIST!
Trump is complaining about the FBI under Biden despite it being lead by the dude he put in charge of it: 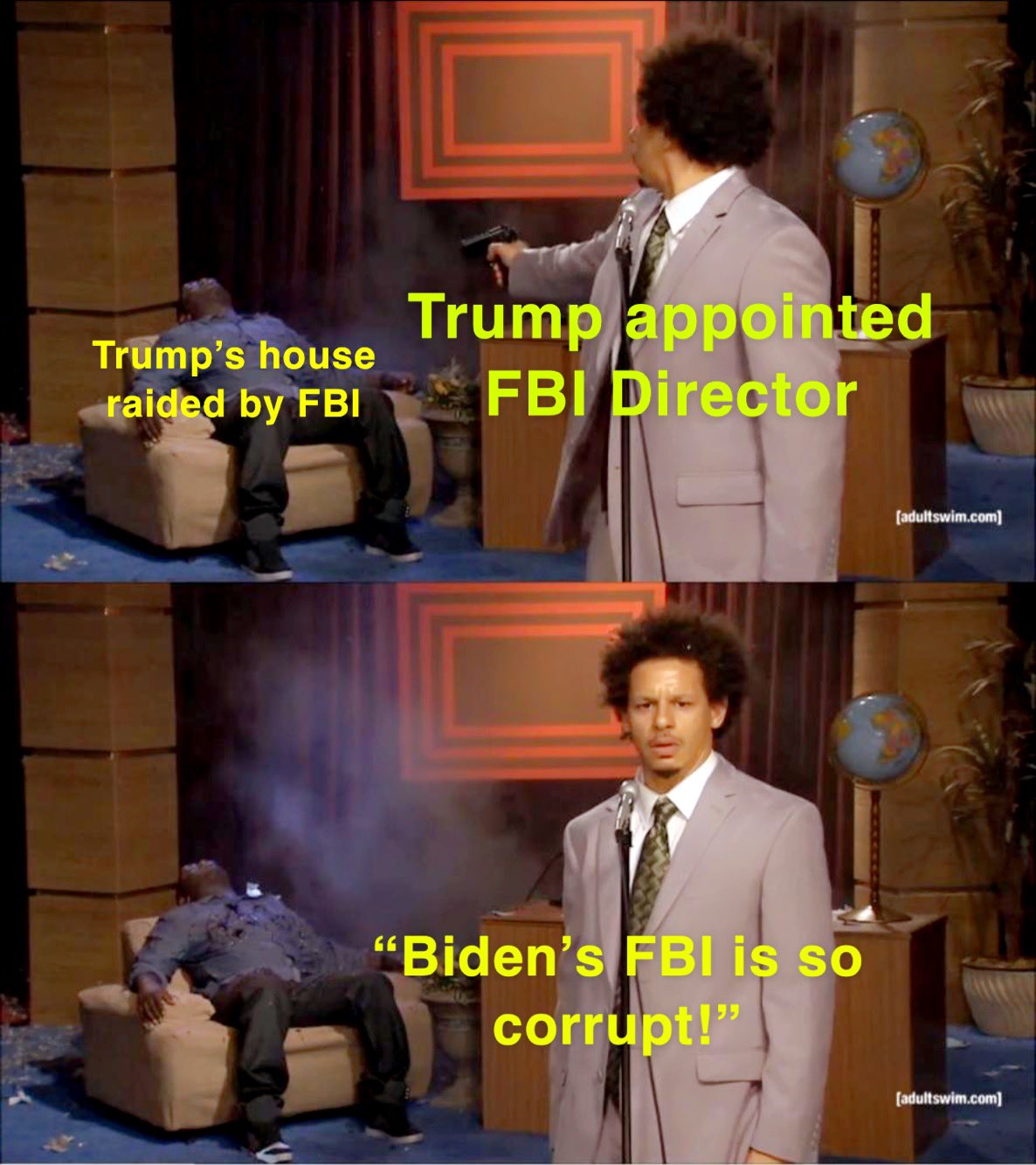 Monado User
@CaptainXtra
That picture is what my dad would say.
Posted 1 months ago Report
Link Quote Reply

Nightmare E-Soldier
@Background Pony #D717
Yeah but regulation doesn’t automatically mean you’re distributing everything to every nonworker, sometimes regulation means that bigger entities should follow slightly different rules from smaller entities for the sake of the human race maybe.
When new attributes are applied to a system that grows in scale, it’s called emergence. The laws of nature change as everything gets bigger, so companies should too.
Posted 1 months ago Report
Link Quote Reply

Cool Spook
@Beth
In nature, large animals need large prey or food source, hence why they are very rare. That’s not how corporations work here in the USA, since they are kind of in control. Don’t pretend that society and nature are comparable.
Posted 1 months ago Report
Link Quote Reply

Part-time Pizza Cat
How quickly the “back the Blue” party of Law and Order wants to start hanging cops the moment they come after their golden caff is rather hilarious.
Posted 1 months ago Report
Link Quote Reply

Zamasu
@Zincy
I assume this is about the FBI’s raid on Mar-A-Lago?
Posted 1 months ago Report
Link Quote Reply
Background Pony #1F81
Fox News and their like are trynig to say that the recent FB rad on Trump is all part of some plan by the “Deep State” 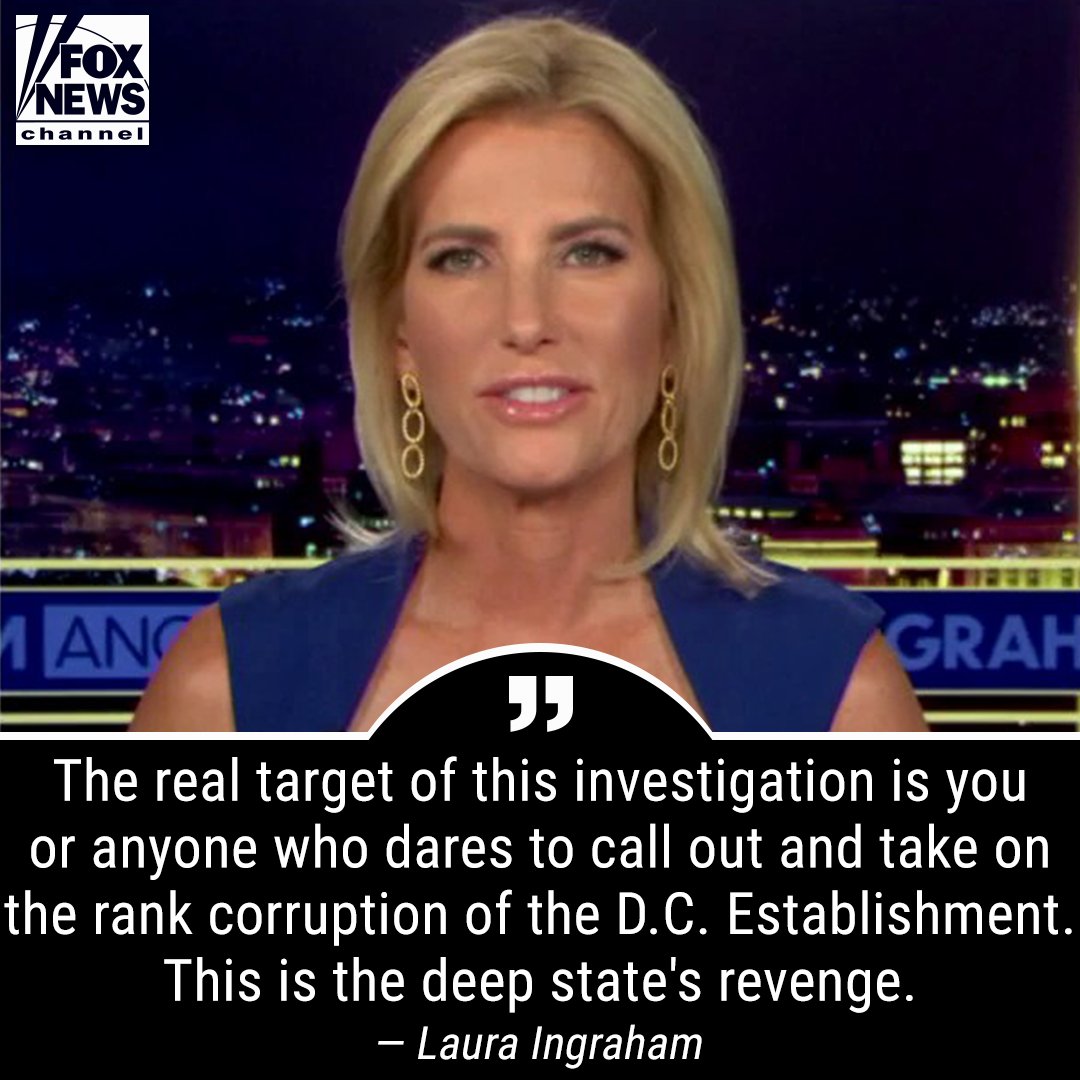 Nightmare E-Soldier
I don’t want to be banned for cruelly talking down on someone. I just mean that nature doesn’t mean grass, or monkeys or some righteous/evil way of living. Nature refers to inescapable rules of the universe. Nature is just easier to say than ‘the laws of physics’.
Believing in a world without capitalism or guns is magical thinking. Idea’s that are far removed from causal reality, far removed from the natural world we see that actually exists.
Believing you can fix a proven system with no experience is called the Dunning Kruger Effect.
My faith and devotion belongs to the Armalite Sports Riffle, I don’t have time to devote to gods I can’t see.
Posted 1 months ago Report
Link Quote Reply

@Zincy
The party of “Law and Order” sure hates when laws apply to their party.
Posted 1 months ago Report
Link Quote Reply

high altitude cloud pone
@Kazapsky
@Latecomer
the thought experiment proposed by Locke is man without interference from society. Yes once man confronts man of course big stick depomacy could rule over but we in western society typically understand that suppressing those rights in autocratic fashion is typically not pro-social. Rather if you want a functioning modern society you have a duty to not suppress others rights.
Posted 1 months ago Report
Link Quote Reply
Interested in advertising on Derpibooru? Click here for information!