Generals » Don't blame me, I voted for the other guy. (Politics General) Search Posts
Started by Archonix
Posted 5 years ago
140720 replies
Subscribe 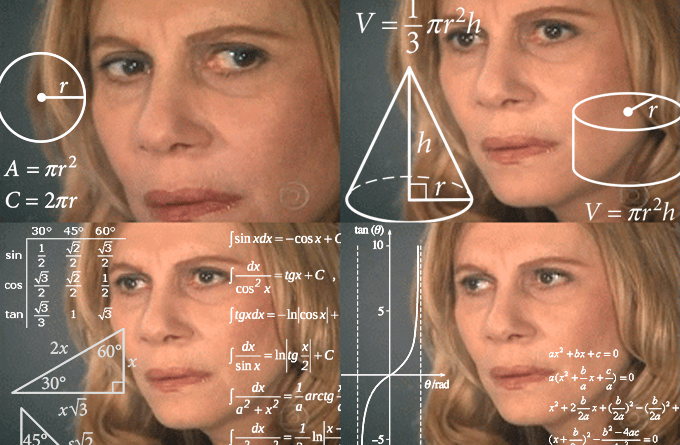 @Flutter_Lover
Good lord, I never knew you were this gullible to believe all this stupid shit. And to think I had empathy for you some time ago…
Seriously, stop drinking the kool-aid from whatever rabbit hole you’ve fallen into.
Posted 3 months ago Report
Edited 3 months ago
Link Quote Reply

“ShimSham my GlimGlams”
We really did not need someone to replace that one Lord Dampnut cheerleader.
Posted 3 months ago Report
Link Quote Reply

Cool Spook
Say what you want about me, this religious nutcase saw what was added into the Kool-Aid and left that party.
Posted 3 months ago Report
Link Quote Reply
SleepySteve

Applears
@Flutter_Lover
You’ve heard of these things called nuclear weapons, right? Or are you one of those fatalist psychos who like the idea of nuclear war?
Posted 3 months ago Report
Link Quote Reply

Christmas 2022
You know, I would say something nasty to Flutter Lover, but I can’t without breaking Rule 0
Posted 3 months ago Report
Link Quote Reply

@SleepySteve
Dude, he’s a misanthrope. Check out his post history; he practically wants the world to end.
While I’m at it, he’s also an Uncle Tom/Ruckus; he’s black but also opposes BLM.
I used to feel sorry for this guy a few years ago after seeing his depression posts, but after seeing all the other stuff he spouts, I no longer feel any sympathy for him.
Posted 3 months ago Report
Edited 3 months ago
Link Quote Reply

CaptainXtra
PUNCH A FASCIST!
@Meanlucario
I mean now you got conspiracies on why the Justice Department doesn’t want the Affidavit released…
Posted 3 months ago Report
Link Quote Reply
Background Pony #45BD
Trump’s Site Is Being Weaponized Against the FBI — and Their Families

Former President Donald Trump claims that he “will do whatever” he can to bring down “the temperature” following last week’s FBI’s raid of his Florida home and club, Mar-a-Lago. But even a glimpse of Truth Social — Trump’s social media company — shows that the MAGA website has been a haven for private, doxxed information not only about authorities involved in the federal raid, but also of their families.
A review of Truth Social postings by Rolling Stone shows Trump supporters have spent the past week doxxing both Judge Bruce Reinhart, the magistrate judge who approved the Mar-a-Lago warrant, and an FBI agent involved in preparing the request, as well as their families. The information includes their purported home addresses, phone numbers, places of worship, private offices, and similar information about the men’s families and junior employees.
Rolling Stone has declined to name the FBI agent targeted out of safety concerns. Spokespeople for Truth Social and Trump did not immediately respond to messages seeking comment for this story.
Former Trump White House aide Garrett Ziegler posted the name of an FBI agent involved in the preparation of the warrant on Truth Social, as well as the names of his wife and child, their social media accounts, and the school the child attends. Truth Social removed the post by Ziegeler but the verbatim text of the post, complete with contact information for the agent and his family, have spread across Trump’s social media in a series of posts with no apparent attempts at moderation by the company.
When a federal court unsealed the search warrant, the court redacted the names of FBI agents involved. But the names became public when the pro-Trump outlet Breitbart obtained a leaked copy of the warrant and posted an article highlighting the agents’ names. In a move that added fuel to the MAGA doxxing push, Truth Social subsequently issued a push notification to its users that linked out to a third-party news article listing the agents’ names, according to CNN’s Donie O’Sullivan.
Truth Social fans have similarly targeted Judge Reinhart. Immediately after news of the warrant broke, Truth Social filled with calls to doxx the judge. “I bet he didn’t think anybody would leak his name, be nice if we had his address and phone number,” one user wrote. “BRUCE REINHART MAKE HOM [sic] FAMOUS WHATS HIS ADDRESS AND PHONE NUMBER?” bayed another.
Within a day, Truth Social users had already arrived at and posted what they believed to be personal information of both Reinhart and his wife, including posts with addresses and a personal phone number for him. “Office maybe or home,” one Truth Social user wrote next to a south Florida address, adding “GO GET HIM, FLORIDA.”
Another user asked for help to “verify” that the address of a local temple Reinhart attended was correct. (Reinhart’s synagogue has had to cancel services following an outpouring of antisemitic abuse, according to Business Insider.)
Other frequent posts on the platform included work information since removed from the U.S. District Court for Southern District of Florida. The page included a work email and office line for the judge. MAGA supporters on the social media network have giddily shared the email and phone number along with similar work contact information for Judge Reinhart’s courtroom deputy, who helps administer and manage courtroom operations.
While other platforms like Twitter, YouTube, and Facebook prohibit so-called “doxxing” and the posting of third-parties’ personal information, like phone numbers and home addresses, Truth Social’s terms of service contain no specific prohibition of the practice.
The posts follow a wave of threats from Trump supporters and, in one case, violence from a Truth Social user against the FBI. Last week, Ricky Schiffer, an Ohio man under investigation for his alleged involvement in the Jan. 6 insurrection, attempted to break into the FBI’s Cincinnati field office armed with an assault rifle before law-enforcement officials shot him dead. Schiffer posted his plans on Truth Social shortly before the attack, warning, “If you don’t hear from me, it is true I tried attacking the F.B.I., and it’ll mean either I was taken off the internet, the F.B.I. got me, or they sent the regular cops.”
And on Monday afternoon, federal prosecutors announced charges against a Pennsylvania man, Adam Bies, for allegedly posting threats to the far-right social media app Gab. In the posts, Bies allegedly vowed to “slaughter” FBI agents involved in the execution of the Mar-a-Lago warrant and warned that his goal was to “kill more of them before I drop.”
Both FBI director Chris Wray and Attorney General Merrick Garland have issued statements over the past week condemning the outpouring of vitriol and threats against the FBI and Justice Department in the wake of the Mar-a-Lago search warrant.
Publicly, Trump and his prominent Republican Party allies haven’t forcefully condemned the wave of threats, or the violence that has already occured. Following the attack on the FBI building in Cincinnati, which resulted in the Trump-obsessed suspect’s death, the former president remained conspicuously mum on the topic in public. Trump is, however, well aware of what happened. Behind closed doors, according to two people familiar with the matter, the ex-president has in recent days talked about the gunman from a point of concern, saying that it sounded like he was “crazy,” and very upset about what had happened to Trump. At the same time, the former president has also left the door ajar to alternative explanations or conspiracy theories, telling some of those close to him that it might be possible that the shooter was a “psycho” who didn’t even like Trump and wanted to make MAGA supporters look bad.
The former president did not use the following term in the private conversation, but one of the sources familiar with his ramblings on the subject described it to Rolling Stone as a “false-flag theory.”

Unemployed Brendon
I don’t think Flutterlover wants the world to end. He’s spouting learned hopelessness, like I do when I’m drunk. Which is frustratingly devoid of political value sure.
I don’t actually understand what he said, I’m just referring to past experiences with him.
I also don’t know how Biden is a failure. He’s not on the ropes for treason, so he’s fine by me.
I called out this backlash towards the FBI with precision. I wasn’t saying Trump shouldn’t be punished, just that we got to be careful. Who the hell is going to wage war with a US intelligence agency? Approaching their installments with a gun is a one way ticket to the afterlife. I wonder if action will be taken to protect the doxxed individuals.
@SleepySteve
Um ‘fatalist’ sounds like ‘everyones going to die’ but it actually means ‘everything is predestined’
@Meanlucario
I think i accidentally took a swig of the koolaid.
Posted 3 months ago Report
Link Quote Reply

CHS, Class of 20XX
@Background Pony #D717
A couple galaxy brains have already “found out”, so to speak. Really, the more of these people who end up dead or in prison because the guy from Home Alone 2 turned them against their country, the better it is for America.
Especially if they have the courtesy to do it before the midterms.
Posted 3 months ago Report
Edited 3 months ago because: Tablet screens are small and I should be sleeping
Link Quote Reply
SleepySteve

Applears
A spokesman for China’s foreign ministry this meme about the US and it’s quite possibly the most accurate assessment about the country.
CONTEXT: al-Qaeda as we know it was trained by the US.
Posted 3 months ago Report
Edited 3 months ago
Link Quote Reply

Monado User
There were Trump supporters in front of the FBI building with guns in Phoenix, Arizona.
Some of these Trump Supporters can not let it go.
Posted 3 months ago Report
Link Quote Reply Always objectively true and funny to every person who sees them. Every one of them. /s
Just speaking for Japan, it’s clear the creator of that meme hasn’t been outside of a Sinocentric viewpoint. CONTEXT: al-Qaeda as we know it was trained by the US.

And stockpiled. You forgot to mention stockpiled.
PS: Not disagreeing with you, just the meme. Delivered from the least biased source on the entire planet to us by your hands. /s
Posted 3 months ago Report
Edited 3 months ago
Link Quote Reply

Dogs
Biden has signed the Inflation Reduction Act.
It’s still been gutted of course, but it does mean there’s now something on a federal level being done on these rising prices.
Posted 3 months ago Report
Link Quote Reply

Unemployed Brendon
@igotnopicks
Trump preys on insecurity and fear. He has animal like qualities I can relate to, but if I relate to something you know it’s shit lmao.
Right now there is a lot of white people, often male, who feel like they’re being oppressed by society (which at the moment could be true), and Trump gives these people false targets to direct their anger at.
“ al-Qaeda as we know it was trained by the US.”
Not trained actually. Groomed and drugged.
@SleepySteve
This is pretty f’ing spicy. Hits like ghost pepper on chicken. America is fucked, but China is just as evil. China is a demon crying because another demon is an inch taller.
Posted 3 months ago Report
Link Quote Reply
Interested in advertising on Derpibooru? Click here for information!