Generals » Don't blame me, I voted for the other guy. (Politics General) Search Posts
Started by Archonix
Posted 5 years ago
142679 replies
Subscribe

Dogs
Gavin Newsom is reportedly planning to run for president if Biden doesn’t try for reelection.
The only things I know about Newsom is A) he’s the governor of California and B) Fox News, and thus Conservatives as a whole, hate him.
Well Fox News hates everything so that’s useless, so I only know one thing about him so I don’t really have an opinion.
Posted 4 months ago Report
Link Quote Reply

Monado User
@Dustcan
Oh boy we are going to get Newsom vs. Desantis.
Posted 4 months ago Report
Link Quote Reply

Monado User
@Dustcan
This is gonna be gud and bad for who ever wins.
Posted 4 months ago Report
Link Quote Reply

World's Okayest User
@Dustcan
Some things I like and don’t like
He definitely comes across as pro-worker, giving more protections to Amazon workers in particular. Pro-Choice and Immigration
Gun Restrictions are a double edged sword, but the idea of suing arms companies for mass shootings is really dumb
Here’s a list of things he did before his Recall
Some good things in here(ending the Death Penalty, Supporting Gig Workers, Enact some form of rent control) some bad(homelessness is still pretty bad, wildfires are still a problem). Though this doesn’t take into him going scorched Republican after winning his Recall(Making State insulin to drive down costs, protections and better wages for fast food workers )
If it means anything, I’m actually comfortable with the idea of voting for Newsom(moreso than I was with Biden at the time)
Posted 4 months ago Report
Edited 4 months ago
Link Quote Reply

Dogs
Qultists are now believing “something” will happen on the 24th because of a Simpsons episode of all things.

In his speech, Merz misspeaks and says that everyone will remember where they were on September 24, rather than February 24, the day Russia invaded. Merz corrected himself in the official record of the Bundestag, but QAnon followers in Germany believed they’d spotted Merz revealing a detail of a secret plan.

One member of a German Telegram channel pointed out that in episode 9 of Season 24 (9/24, Sept. 24, get it?) of the animated sitcom, the plot revolves around a group of preppers. In particular, the characters discuss WROL, or Without Rule of Law, which is doomsday-prepper lingo for the complete breakdown of society after a major catastrophe.
The episode also features an electromagnetic pulse device, which QAnon followers believe will usher in “10 days of darkness” and ultimately the return of former President Donald Trump to the Oval Office.

I don’t know which explanation makes me feel worse. That God is real but He made a mistake when He made us, or evolution is real but it’s been making a mistake since the beginning of time, or some combination of the above.
Either way something went wrong with humanity on a fundamental level to reach this level of stupid.
Posted 4 months ago Report
Edited 4 months ago
Link Quote Reply

CaptainXtra
PUNCH A FASCIST!
So, I think this tweet points out what’s going on right now pretty well:

Trump and Putin’s “take over the world” plans are currently in tight spots so they’re doing all they can to keep afloat.
Trump with trying to pull any strings in the legal system here to stay out of jail/prison and Putin drafting citizens in Russia.
These two fucks are in coordination with each other right now and that’s pretty much a fact: 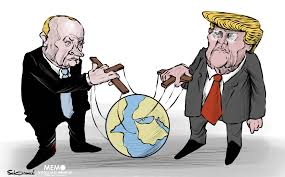 Dogs
Trump had an interview with Hannity last night.
As always, Trump is an idiot. Among other things, he said that the president has the power to declassify things just by thinking it. He’s been continuously doubling down on his claim that he declassified them, and now this is what he’s got. I honest to God would pay all my money to be there to see his face if someone simply responds to him by saying that Biden reclassified them by thinking it.
Among his rambling word salads he also confessed that the documents were meant to go to Mar-A-Lago. Again, confessing an intent behind their abduction and very much not an accident.
He also said that the FBI was looking for Hillary’s emails. At Mar-A-Lago. I keep saying that Trump is so ungodly stupid that he simply knows only a few things and he keeps going back to them be he literally does not know anything else. This remark does not dissuade my theory.
But some good news, not only did an appeals court slap down Judge Cannon’s attempt to block the investigation into Trump’s theft of national intel, but Judge Cannon’s rewrite of her order to incorporate the appellate court’s decision, when translated from legalese that I had to have explained to me, basically render’s Trump’s case moot. He can’t block the investigation, period.
Posted 4 months ago Report
Link Quote Reply

Ridin Dirty
Should gambling be illegal? It’s harrowing and predatory.
When I want stories of evil and depravity, Casino horror stories are darker than opioid addiction stories.
Casinos are ripe with child abuse, suicide, people losing their houses, maxing out their credit cards, borrowing money from violent people.
Maybe some people destroy their life no matter what they’re given. Lots of people can blow 20$, and have a drink without losing everything. Addiction accounts for such a small fraction of people.
The only reason gambling is legal is because it’s profitable. Only reason most drugs are illegal, is because it’s profitable to have an easy reason to lock up minorities. Alcohol is probably the worst drug in the world, but it’s made from sugar, and grains so it’s very profitable.
Gambling is legal, slavery is legal (as a punishment for a crime), a nontoxic plant is illegal so we can disproportionately harass black people and Mexicans. Can we quit pretending that law is based around morality?
EDIT: My rambling is inspired by recent news, about Twitch banning certain forms of gambling. When I heard about this, I put ‘Gambling horror stories’ into Youtube, I suggest even defenders of gambling do the same.
I’m still on the fence. Addicts are a tiny minority, and we can’t just let them ruin everything, plenty of people play within their means as a form of entertainment.
Posted 4 months ago Report
Edited 4 months ago
Link Quote Reply

Somehow Omnipresent?
@Beth
Slot machines (and their variations, like machine blackjack) should almost certainly be illegal. Even discounting that the machines cheat and have internal counters, they’re loaded with all sorts of visual and audio tricks to bait people and keep them hooked.
Same for how casinos in general are built, all sorts of mind games shit going on from how soft the carpet is in different areas, the lighting tones, the type and frequency of drinks, etc. to keep people in a happy-go-lucky lull.
Card games (or any game with a physical element controlled entirely by humans with no trickery) I believe are fine. And that also means counting cards is fine (and it’s fucking absurd that “this person has good memory” is somehow considered cheating).
Posted 4 months ago Report
Link Quote Reply

Kazapsky
Five scoops of ice cream
@Beth
@The Smiling Pony
There’s also the practical consideration that, much like with alcohol, America has already tried the “ban it outright” approach to dealing with gambling. All that accomplishes is to drive the practice under the table and into the control of organized crime. People will find ways to gamble no matter what you do; the question is who do you want to have making the rules?
Posted 4 months ago Report
Link Quote Reply

Monde de merde
@Kazapsky
Keeping it in private hands without regulations is still one step removed from leaving it to organized crime though.
France had less issues with it since for the longest time, the state cornered most of the gambling market, at least when it came to lotteries (Française des Jeux) and horse racing bets (PMU), while casinos were strictly regulated.
In recent years though (about a decade ago, I believe), the law has been relaxed to allow online casinos and betting websites to operate and advertise freely (not to mention foreign gambling platforms are easily accessible to French netizens) and gambling addiction is being taken more seriously.
Posted 4 months ago Report
Link Quote Reply

U mad?
Recruitment offices starting to burn in Russia
Protests, riots, people searching Google on how to dodge draft including by breaking their arm, tens of thousands trying to leave the country…. I think this is it.

Gallusposting since 2019
Putin supporters online wish for winter so they want the EU to collapse and Russia to steamroll. I hope the EU survives nonetheless, so that Putin’s forces will take out their mad leader, and his keyboard warriors will go down with him!
Without Russian gas, can the EU still survive?
Posted 4 months ago Report
Edited 4 months ago
Link Quote Reply

Applears
@HorsesandMuchMOAR
Imagine taking that seriously when half of the EU are NATO allies and France has nuclear weapons lmao. The Federation knows full well they wouldn’t survive such a scenario.
Posted 4 months ago Report
Edited 4 months ago
Link Quote Reply @Background Pony #8326
Not voting (either because they won’t or worse, because they can’t due to voter suppression) is probably the only thing keeping red states red.
Posted 4 months ago Report
Link Quote Reply

@HorsesandMuchMOAR
Yup. Russia ain’t the sole provider of oil and gas. Saudi Arabia, the US, heck even Canada! There are other options out there, but the only downside is that…Europe has to pay slightly more for their oil and gas! 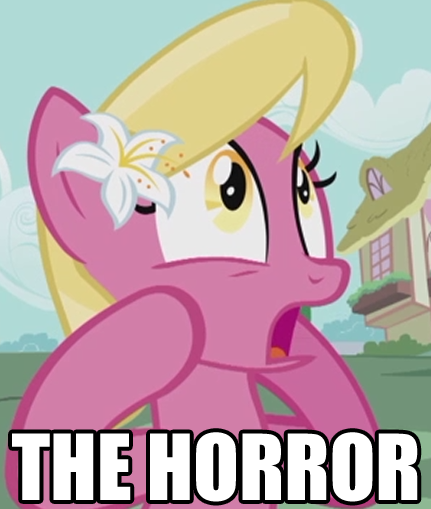 Gallusposting since 2019
@neutralgrey
I remember that the Germans have a bunch of Putin supporters who will use the coming economic difficulty to force their country to surrender. The same in other “populist” and so-called “anti-imperialist” or “anti-NATO” keyboardians elsewhere.
Posted 4 months ago Report
Link Quote Reply

Cool Spook
@HorsesandMuchMOAR
Bit late, but despite what Russia would claim, they aren’t the sole source of oil in the world. If the UK’s leadership can’t understand that, than they are terrible leaders.
Posted 4 months ago Report
Link Quote Reply
Interested in advertising on Derpibooru? Click here for information!