Generals » Don't blame me, I voted for the other guy. (Politics General) Search Posts
Started by Archonix
Posted 4 years ago
119311 replies
Subscribe

I’m not so sure I’d agree, because although wokeness wasn’t the tour de force that it is today, idiotic coding was still a thing. Instead of white supremacy and white privilege it was Islamic terrorism and Islamism; and the people doing the coding were on the right and not the liberal left. The only difference between then and now in that regard is the group that is the boogeyman, and I can guarantee you that once a leftist does something as egregious as what Tarrant did, leftism will become the new boogeyman like it’s the Cold War all over again. I mean, the groundwork has already been laid with intense liberal criticism of Chapo Trap House and the greater Dirtbag Left, and the perennial phantom menace of "tankies" and the alleged "red-brown alliance."

Did you not watch the videos by Isaac Arthur that I linked that pointed out that food production isn’t as threatened as certain people assume? Also, once fusion power is cracked, freshwater scarcity will be a thing of the past.
Posted 4 months ago Report
Link Quote Reply

Israel doesn't really have a choice; the "alternative" is to sit back and let their people be shelled with impunity. Missile shield tech can only ever reduce casualties, not prevent them, and Hamas' rockets are a hell of a lot cheaper.
Posted 4 months ago Report
Link Quote Reply

@Kazapsky
Putting aside the shelling bombs, what the fuck is up with the racist attitude and evictions and treating palestinians like third class citizens, illegally occupying lands and not giving them access to anything? How is one gonna justify that?

because HAMAS? What a convenient excuse for everything. I bet Israel's probably never planning to completely take Hamas out because then it wouldn't have no justification for any of the bs.
Posted 4 months ago Report
Link Quote Reply

Latecomer
@Ebalosus
I hope so. I'm pretty picky with my food — wouldn't want to have to resort to bugs.


@tehwatever
Whatever the truth or falsehood of your last paragrapgh, Hamas's behaviour and rhetoric doesn't do Palestineans many favours in the eyes of the average Israeli. Even ones who hate Bibi and his cronies.
Posted 4 months ago Report
Link Quote Reply
Background Pony #1F81
Wouldn't we have to wait until Like, hundreds/thousands of years until we'd need to resort to eating bugs to survive?
Posted 4 months ago Report
Link Quote Reply

Latecomer
@Background Pony #1F81
To survive, yes. But non-synthetic meat is a big part of global warming, so if we don't all want to become vegetarians we have to figure something out.
Posted 4 months ago Report
Link Quote Reply

Name ONE functional country that will simply let its citizens be shot at without doing anything. Oh wait, you can't. Governments that do that don't stay in place for long, one way or another.

So long as Hamas exists, any claim of progress towards peace is a lie. And when it comes down to it, only the Palestinians themselves can decide whether Hamas gets to exist. So yeah, no matter how much you try to deflect or whatabout the issue, this one is squarely on the Palestinians.

Besides the point. nobody is pretending Hamas to be anything but a menace. Here's a couple of questions I want you to answer.

Why the evictions?
Why the illegal land occupation?
Why the treatment like third class citizen?
Why limit BASIC necessities and services to palestinians?
Why trample Palestinians at every chance they get?

-Palestinians don't own a single ID for the entirety of Israel. They're region bound. If you leave a region you can't enter another region unless you have a permit. Meanwhile jews can travel and live in wherever they want.

-Some retarded Absentee's Law. Apparently if a property is absent, it can be seized by Israelis. The catch? If a palestinian moves out of the house for some reason (study, work, etc) the Israeli govt will make sure they DON'T COME BACK until they're considered absent and their assets seized. Only then can they return "homeless" and will have to live somewhere else.

The existence of Hamas DOES NOT justify actual fucking systemic racism. Not even.

The right to fucking EXIST isn't just granted solely for the jews of Israel at the expense of everybody. What bullshit literal racist ethnocentric ideology is that?

No, that's the ENTIRE point. Again, you can deny, deny, deny until the world ends — it doesn't change the fact that this is a goddamn WAR you're talking about. None of the other stuff can be addressed in any meaningful way until the WAR stops.
Posted 4 months ago Report
Link Quote Reply

Halloween Approaches
@Kazapsky
Sorry, but Israel is not innocent in situation too.
Posted 4 months ago Report
Link Quote Reply

I never said they were, despite certain parties trying to put words in my mouth.

But there's noting you can do about the social issue until the military one is resolved.
Posted 4 months ago Report
Link Quote Reply

@Kazapsky
WHAT DENY?! DENY WHAT?! That HAMAS IS SCUM?! Everybody FUCKING AGREES about that!

Now answer me! Why the litaral. actual fucking racism?! Are you seriously fucking telling me that Israel is building a cool swimming pool for fucking YAKOB of New Jersey by kicking out some random palestinians because they're in a war?! Are you kidding me?!

Holy shit! I don't believe this! I'm looking at a blatant criminal colonization project in twenty fucking twenty-one and some guy is actually defending it.

@Kazapsky
Yes you can.
YES YOU CAAAAAN!
Stop expanding! You can still fire rocket in response, you can defend yourself with rocket fires, you can shoot back but don't fucking evict palestinians and start treating them nicely!

You can convert Palestinians to the Israel side by being kind to them! Give them education, give them shelter, give them upward social mobility! Make Hamas irrelevant!

And again. Cannot be dealt with one way or the other until the war ends. You're utterly delusional to claim otherwise.

What Israel is or isn't doing in a lawless region with no legitimate government is a matter for international courts to sort out after the bullets stop flying.

Also, wow. Just. Fucking. WOW. Of all the silly ideas, you hold up the "hearts and minds" argument that was a lost cause the minute two different major religions laid claim to the same holy ground.

Actually three, but only two are shooting at each other over it.

Latecomer
@Kazapsky
Netanyahu's government shouldn't stay in place, but that's another story. And as I said, there are options other then all-out assault.

Why the evictions?
Why the illegal land occupation?
Why the treatment like third class citizen?
Why limit BASIC necessities and services to palestinians?
Why trample Palestinians at every chance they get?


A lot of it is Netanyahu trying to court the settler and fundamentalist votes in a desperate attempt at self-preservation. Some of it is backlash against Palestinian attacks or rhetoric. A lot of it is accumulated animosity over decades of conflict. And some of it is just practical — before the blockade, it wasn't fairly ineffectual rockets, but suicide bombers who killed hundreds.

@Kazapsky
But as long as Israel's behaviour continues, there will always be another war.

Latecomer
@Kazapsky
This is a strange forum to be disparaging the power of kindness and friendship.
Posted 4 months ago Report
Link Quote Reply

@Kazapsky
You underestimate how much people are willing to coexist with each other. SECULAR ISRAEL. One state, equal rights, for jews and palestinians. This is an actual solution.
A secular israel with equal rights for everybody would make Hamas utterly irrelevant. If you can't see that well I'm sorry.
Posted 4 months ago Report
Link Quote Reply

@Kazapsky
You underestimate how much people are willing to coexist with each other. SECULAR ISRAEL. One state, equal rights, for jews and palestinians. This is an actual solution.
A secular israel with equal rights for everybody would make Hamas utterly irrelevant. If you can't see that well I'm sorry.

Too bad nobody with the power to implement it is willing to consider it.
Posted 4 months ago Report
Link Quote Reply

@Kazapsky
This is a strange forum to be disparaging the power of kindness and friendship.

Facts are facts. You can't make friends with someone who won't recognize your right to exist, and we're talking about two factions that see each other existing as a crime.
Posted 4 months ago Report
Link Quote Reply

Ꮖɦɛ Ꮖɛxǟռ.
Basically from what I know Israel is dealing with its own version of Trump.
Posted 4 months ago Report
Link Quote Reply

CaptainXtra
El Paso Resident
Why haven’t Anonymous or some other vigilante organization hacked footage of Israel’s atrocious actions towards Palestinians on every damn TV network already? 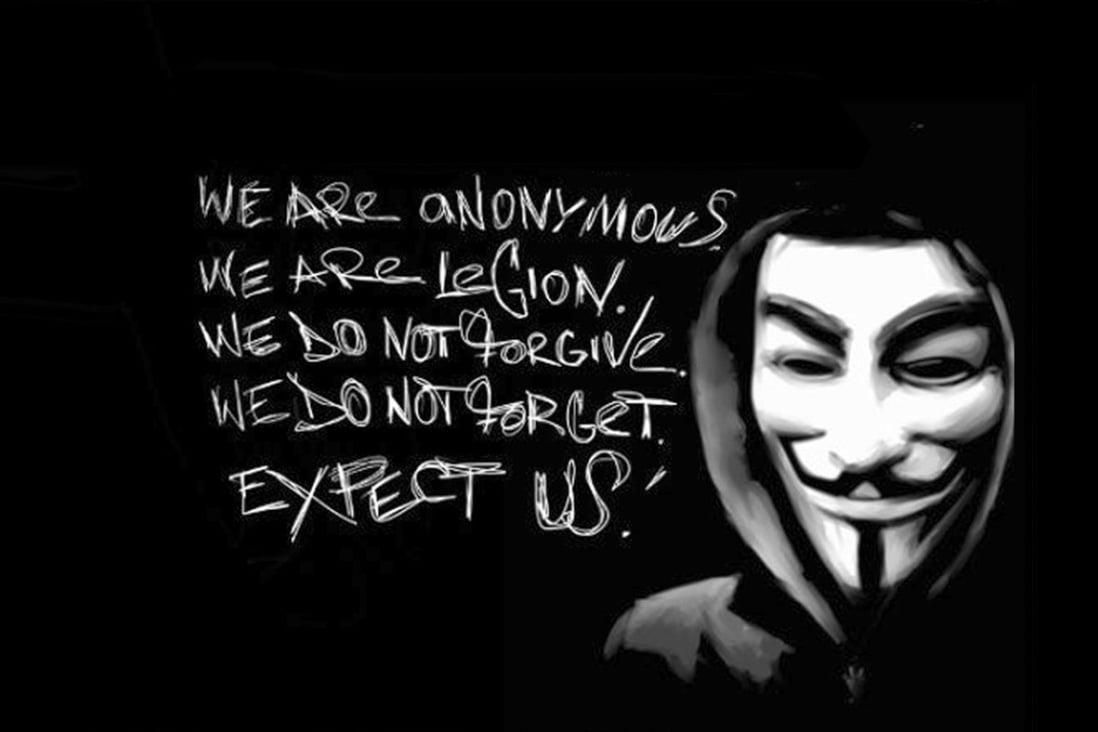