Generals » Don't blame me, I voted for the other guy. (Politics General) Search Posts
Started by Archonix
Posted 4 years ago
133791 replies
Subscribe

@AaronMk
I like it. best part is, one can still practice judaism and islam under these circumstances. the idea is to remove that “specialness” from both sides, essentially ridding even the thought of being fundamentally different to the point of needing a special place to live segregated from the other.

Islamic law aside even Marx doesn’t stray far from common-sense liberal attitudes pronounced at the time by saying Rosseau was right on this point.

@tehwatever
Maybe in a hundred years – or a thousand. But that’s a bit long to wait while people keep dying.

Things have and changed faster throughout history before. Groups with as bloody a history have stopped, turned, and changed direction. And that’s because history isn’t led by idealistic forces of “X is not Y, therefore must fight Y”. History is instead determined by material circumstances, through which The State acts. Or from which mass movement arises. “They’re killing each other now” does not preclude the possibility of “tomorrow they won’t”. Because holding that attitude only perpetuates the colonial legacy of the region that propels this from the past, and lets the people who get to benefit from this on top.

But then again: let’s admit it. This thread isn’t about finding solutions because it has no power. We’re all sick perverts jerking ourselves off.
Posted about a year ago Report
Link Quote Reply

@Latecomer
Meanwhile you get in there and stop the fight. somebeody ref the damn thing like I said. If you and Kaspersky still insist yeah well, but Hamas is firing then go in there and beat Hamas up. USA just veto’d a call to stop the fight and I don’t get it!

USA and England come in save the day and stuff. That’s been your shizz, innit? At this point the Palestinians just want the bombing to stop. “Well then, the Palestinians should get rid of Hamas, then!” YES, with you guyz’ help!
Posted about a year ago Report
Link Quote Reply

@tehwatever
I’m not sure if you heard but Pro-Palestine protests in France were being cracked down on pretty hard.
Mostly because protests related to The Israel-Palestine conflict are allegedly banned over there in croissant country.
So what you see here in this image is apparently illegal: 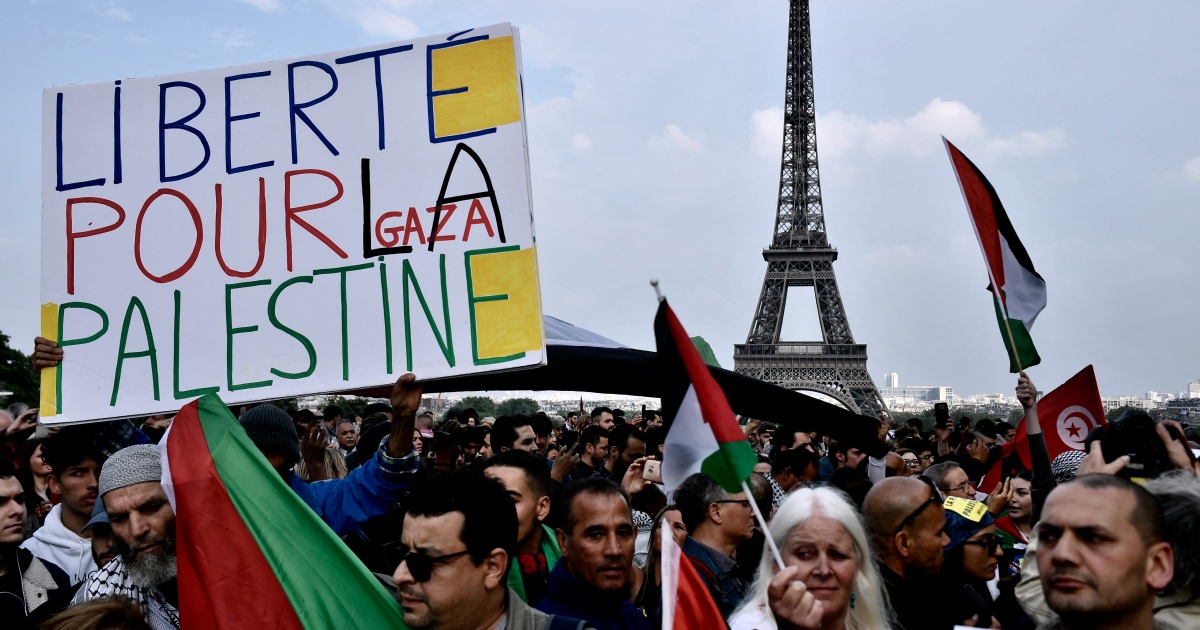 You know, this shouldn’t be a large surprise considering how France is kinda known for it’s not too kind stance towards Islamic Beliefs.
I mean y’all heard about that Hijab ban right?

In this case, I believe it’s more that the interdiction of that protest (under the pretext that a similar protest back in 2014 ended in violences) is in line with the securitarian orientation taken by Macron’s government those past months than some low-key muslim scapegoating (even if that part of his policies, what with the closing of mosques and the dissolution of the CCIF, goes in the same sense).
The reason is simple: Macron knows the only chance he has to be re-elected next year is to face Marine Le Pen in the second round, therefore he’s pushing security as the main issue to address in the public eye (one that always has the favors of the right, and especially the far-right), like Jacques Chirac and Nicolas Sarkozy did before him (and yes, surreptitiously stoking the islamophobic sentiment in the same movement is another thing that works well).
Also let’s not forget that the overwhelming majority of right-wingers are siding with Israel, so there’s that too.
Posted about a year ago Report
Edited about a year ago
Link Quote Reply

Latecomer
@AaronMk
Sure, it would be great if all the fighting stopped right now and peace and co-operation prevailed ever after (or even for a while). But it’s not going to happen on it’s own - and you’re right, none of us can do anything about it even if we knew how. We just come here to discharge our powerlesness.


@tehwatever
Yes, this would be great. But sadly, America and any other country seem rather disinclined to do so (and America’s backing will disincline most countries on their own). So if Biden won’t step up, then Israel will have to stop itself - and Bib’s not in any hurry to let the charges against him rise back to the top of the news cycle.

…I do try to be an optimist. But it’s times like this it’s really kind of hard.

Part-time Pizza Cat
Uncle Joe was doing peelouts in Ford’s new electric f150 after a tour of their new plant up in Michigan.

Aren’t presidents not allowed to drive their own cars?

The reason is simple: Macron knows the only chance he has to be re-elected next year is to face Marine Le Pen in the second round, therefore he’s pushing security as the main issue to address in the public eye (one that always has the favors of the right, and especially the far-right), like Jacques Chirac and Nicolas Sarkozy did before him (and yes, surreptitiously stoking the islamophobic sentiment in the same movement is another thing that works well).
Also let’s not forget that the overwhelming majority of right-wingers are siding with Israel, so there’s that too.

Shades of Hillary’s “pied piper” strategy. Maybe it works better in France than it does here in the U.S., but it’s still playing with fire. France and the world can ill afford a President Le Pen.
Posted about a year ago Report
Link Quote Reply

Monde de merde
@Background Human
Don’t I know that. Especially as the gap between them in the polls has significantly narrowed in four years (so far, Macron’s still ahead at 54%, but it’s a far cry from the 66% he won with in the first place).
And with Jean-Luc Mélenchon’s position weakened, with the communists and ecologists having chosen to front their own candidates this time (and the less is said about the socialists, the better), things aren’t looking good for the left.

On the other side of the aisle, the upcoming regional elections saw drama unfold amidst Les Républicains in the Provence-Alpes-Côte d’Azur region, when incumbent Renaud Muselier came under heavy criticism for having put some macronist candidates on his list against his party’s wishes, with many considering him a “sellout” and calling for his head until LREM decided to just support his list without candidates of their own (which didn’t prevent the local federation from withdrawing their support, even as the party’s direction maintained theirs). Already, his list is in a losing position against the RN’s, led by… former LR Thierry Mariani.
Posted about a year ago Report
Edited about a year ago
Link Quote Reply

CaptainXtra
PUNCH A FASCIST!
What would be the EU equivalent to a Jan 6th Style Capitol Siege?
Posted about a year ago Report
Link Quote Reply 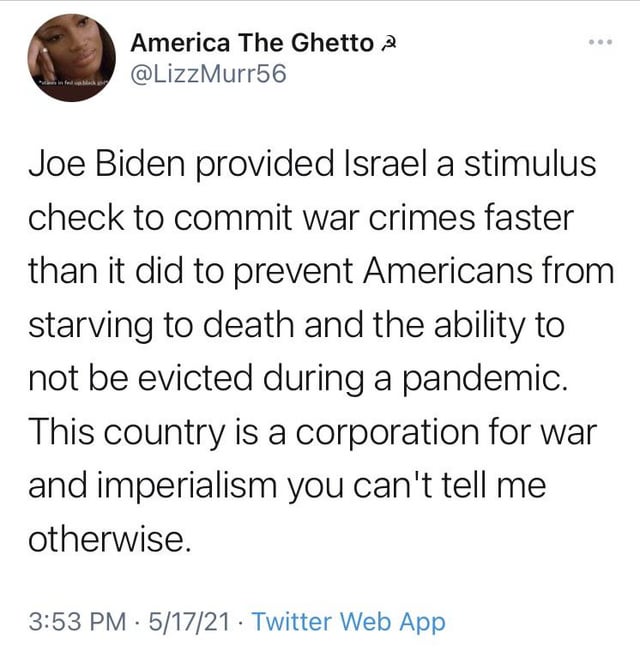 I didn’t even think of it that way.

Posted about a year ago Report
Link Quote Reply
Background Pony #99CC
@tehwatever
While the Guardian doesn’t appear to be promoting any legal mandate for people eat bugs, on the surface, it is trying to propagate the idea that people need to be conditioned or brow-beaten into eating them, which is also just as unnecessary, and unwarranted.

@Latecomer
As bad as climate change is—as well as the kinds of effects that are most likely going to result from it—I have yet to see any amount of actual, genuine evidence that humanity, as a whole, is most likely destined to being reduced to only eating bugs, because of climate change.
Posted about a year ago Report
Link Quote Reply

Latecomer
@Background Pony #99CC
Not bugs, no. But meat from livestock may be off the table before long - the mass raising of cattle is one of the biggest contributors to both deforestation and methane levels.
Posted about a year ago Report
Link Quote Reply

The main group of people who I see against that online are the “3D-printed guns, not 3D-printed food!” MAGAchud reactionary idiots…who only last year were lambasting 3D-printed guns for being “shit.” I’m on the record with being fine with either, especially 3D-printed foods because I tend to be a picky eater.

Latecomer
@Ebalosus
Well, that’s a relief… if it works.
Posted about a year ago Report
Link Quote Reply

I didn’t even think of it that way.
But that is what happened.

Except it kind of ignores that there are huge differences between the two items. One was a large, complex bill that had to be planned out and discussed at length and passed by both the house and senate against opposition from pretty much every Republican. The other is administration approval of a commercial sale (Boeing is providing the weapons), something that is usually only formally announced after Congress has already informally agreed to it, and which at worst will be objected to with a nonbinding resolution of disapproval. It’s kind of disingenuous to act like they would normally both take an equal amount of time to go through.
Posted about a year ago Report
Link Quote Reply

It is intended to restructure the nation’s media system, such as retiring the BAI (Broadcasting Authority of Ireland) and replacing it with a new commissioner or something like that.

Figured Israel would just let the Covid do ’em in, and Israel hand not only clean, the blame lies squarely on the protesters.