Take this despair!
Game somewhat made it up to me by giving 3/4 of my party members Virtue for this run.
Posted 5 years ago Report
Link Quote Reply

Sunny Day Realtor
Monday is a national holiday, so I get the day off

fucking 3 day weekend up in this bitch

@ghostfacekiller39
You must use your freedom well.

Sunny Day Realtor
@AppleJackFrost
You know, the Nutshack was made with Filipino people in mind

Why did your people do this to us, AJF?

HEY GUYS, WHAT DID I MISS
Posted 5 years ago Report
Link Quote Reply Tiro Finale
@XxMobianEquinexX
We reached the TWT 2.1 limit
uc9 did an accident and got the mods all confused
we (kinda) panicked for about half an hour
and the mods were all like “notto disu shitto agen”, so they quickly fixed the problem for us
and now everything’s okay

Corrupter of the pure
D’aww so apparently the little kitty has learned to play fetch like a dog.
Posted 5 years ago Report
Link Quote Reply 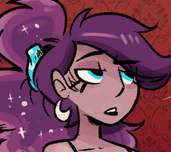 Take this despair!
This is good. I have something to look forward to every night.
Posted 5 years ago Report
Link Quote Reply

wanted: hearing
“It started out as normal Felwinter Peak day. Turn in engrams to blue Eva Levante, pet wolves, climb the mountain.
When I got to the top, the rusted box was at the top. I thought to myself “What if I could deliver this gift to the Guardians below?” So, armed with only my knowledge of Destiny physics, I pushed the box off the ledge of the mountain. But it didn’t reach the bottom; it got halfway and stopped. After a brief delay, I managed to get it down to the main social area- and promptly get it stuck in the main bonfire.
A few minutes later of tinkering and sliding, and the box was free once again. This box was my purpose in life: to deliver it to some unknown destination.
As the sun rose over Felwinter Peak and the snow glistened, I saw my greatest challenge ahead of me yet: the stairs. I used the outer sets, because they were less steep and therefore theoretically easier to push up. Until my slides stopped moving the box, that is. No matter how much I slid, it wouldn’t budge. As I was ready to give up, another Guardian began to cheer for me. It was then that I remembered how much I had struggled to move this little rusted box before, and I was filled with a renewed vigor, eager to take the box to its destination. The top of those stairs. And so I pushed. And pushed. And pushed. Not by sliding, though, but by running straight into it.
Fast forward a few minutes, and I finally reached the top of the stairs. One of the most accomplished-feeling moments in Destiny. I had overcome the adversity of Destiny’s physics, and had triumphed. I danced jubilantly with my little box.
That is, until, three Guardians looking for a fight showed up. Before I realized what was happening, they were pushing my box away from me. My Hunter fought her best against two stocky Titans and a mischievous Warlock, as they out-pushed me and propelled the box towards the right side of Felwinter’s Peak. A place where the wall stopped and there was a sheer drop into oblivion. I fought, and fought, and fought. No matter how hard I pushed, they pushed twice as hard. And soon enough, they had me at the cliff edge. Before I knew it, my friend, my rusty little box friend, had been cruelly thrown down the mountainside, never to return.
…I may never be the same, but to those who listened to my tale, please, look out for boxes. My story is only one of many, and this epidemic has to stop. Be the Guardian that stops the bullying.”