Consider that I bought it several months after the launch, so I wouldn’t know. The game runs perfectly on my PC, no problems of sorts.
Posted 3 years ago Report
Link Quote Reply

Sounds about right, yeah. You most likely bought it long after the patches had been applied.
Posted 3 years ago Report
Link Quote Reply
Background Pony #315E
A little advice for whoever is gonna buy the Megaman Zero/Zx collection: when you’ll play the first ZX game, PLAY AS AILE. While there is no difference between Vent and Aile in terms of gameplay, the story and the dialogues change A LOT. According to what I’ve heard, Aile’s version reveals more about the characters of the game, and Aile herself is a far better character than Vent. So unless you’re too “maschilist” and don’t care much for story in a videogame, playing as Aile is the better choice.
Posted 3 years ago Report
Link Quote Reply

Kerfuffle lover
I think my left joycon is starting to get that infamous drift.
Posted 3 years ago Report
Link Quote Reply

Honestly, I’m not sure mine’s ever had any outright drifting, but sometimes it feels like it’s more sensitive to my inputs than it should be (which can sometimes screw me up in certain games). And there was that other time where it actually started getting outright stuck, but that was pretty easily fixed by cleaning it with a Q-Tip.

Not stinky!
Well, one thing the WiiU had better then Switch was definitely better quality analogue sticks. (And Netflx/internetbrowser/Miiverse/VirtualConsole/VideoChat/FreeInternet/ect.)

I actually find it weird some Switch fans are hating on past systems like WiiU, and even the 3DS. (Some are still howling for the 3DS to “die,” so Nintendo can focus only on Switch… Which honestly, they’ve already done for years now.)
Switch wouldn’t exist if it wasn’t for those systems, not to mention, they’re all Nintendo.

Witch Dagger!
@Beau Skunky
Especially in regards to the WiiU, since the Switch wouldn’t have existed without it.
Posted 3 years ago Report
Link Quote Reply

Not stinky!
@The Equestrian Zodiac
Yeah, the WiiU while not perfect did experiment with “off TV” play, and such. It was like a prototypical Switch.
Posted 3 years ago Report
Link Quote Reply

Witch Dagger!
@Beau Skunky
Yep, it also has the advantage of playing other VC games, like N64, and free online.
Posted 3 years ago Report
Edited 3 years ago
Link Quote Reply

3DS pretty much is on its way out at this point, really.

Not stinky!
@Jarkes
Yeah, it’s practically dead already, but it still has an impressive library of games, so I hope it’s Eshop stays open for a long time, at least.

@The Equestrian Zodiac
Yeah, though Wii kinda had better emulation for the N64 games. (They’re a bit darker on WiU, though the U emulates it’s fog draw distance better, and such,)
Posted 3 years ago Report
Link Quote Reply

Witch Dagger!
@Beau Skunky
It’ll remain due to the Switch also being a part of it.

Though DS emulating is pretty blah on the WiiU (it does bug me they weren’t used for the 3ds).
Posted 3 years ago Report
Link Quote Reply

Pretty soft for a Sony.
@Jarkes
I got a nice little collection of games for my 3DS, I suspect that I will get a lot of milage out of it. I do feel really sad for how Nintendo pretty much favored its Switch product over the 3DS, how much sense does it make for a large corporation like Nintendo to kill off a popular product like the 3DS, just because they want to sell more Switches?
Posted 3 years ago Report
Link Quote Reply
Background Pony #315E
Oh right, there’s also the remastered of Xenoblade Chronicles next year for Switch. That one is another important game.
Posted 3 years ago Report
Link Quote Reply 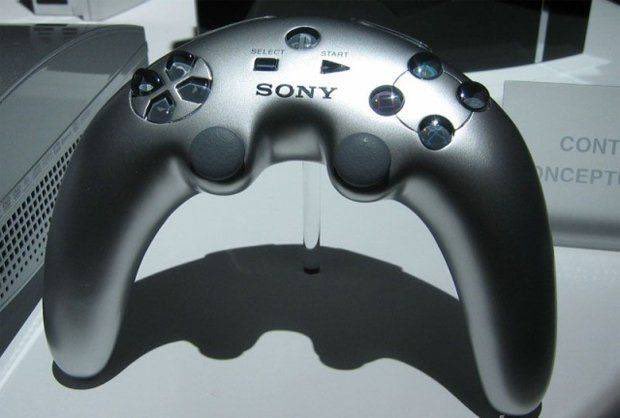 I swear I must have been the only one who legit never had a single problem with this design.

Not stinky!
@Jarkes
@Penguin Dragneel
I kinda like the boomerang look. It’s kinda boring that basically all Sony controllers have looked basically the same for the past 25 years.

@Ping_chan
Well, the 3DS is showing it’s age now, it’s been around sense 2011, it’s pixel resolution is considered outdated now, among other things, and hardly anyone unfortunately even cares about or uses it’s 3D feature, (to the point the newest 3DS games don’t even bother to impliment it) so the more powerful, HD Switch is pretty much all the rage now with portable gaming.

I still like my 3DS though, (and I still like it’s 3D feature too) recently got Yoshi’s Woolly World, and “Bowser’s Inside Story” from the Eshop Black Friday sale, and they’re still impressive games.
Another good thing about the 3DS, sense it’s kinda “behind in technology,” the games at least don’t take up much memory card data. You can fit ALOT of 3DS games on one 32-GB card, while meanwhile every other modern system could fill that up quickly with only a few games.

@The Equestrian Zodiac
I dunno, some DS games work pretty good on the TV, especially if you use the custom screen modes it offers. Games like “Squeak Squad,” and Mario work well with the “TV = Topscreen,” and “GamePad = Bottomscreen” mode.

I too am kinda curious how come DS games never got ported digitally for the Eshop for 3DS, must be technical issues…
Actually, two kinda were “Advance Wars: Days of Ruined” was squeezed into the DSiWare format, and rereleased via Club Nintendo in Japan, while later “Wario Ware Touched” was released on the MyNintendo service when it first started. (Also, as a DSiWare title.)

Apparently, GBAdvance games couldn’t be emulated well on the 3DS either, the “Ambassador” ones that only early 3DS adopters got, actually had to emulate GBA games running on DS software in the 3DS’s DS mode. (Sense the 3DS can run DS games)
As a result, multiplayer, and such would be disabled, which might partially why they didn’t capitalize on porting GBA games to the 3DS Eshop either.

ANARCHY
@Ping_chan
I still own my 3DS SOLELY because of Pokemon.
Posted 3 years ago Report
Link Quote Reply

Not stinky!
@Mikey
Those are good ones. I still have my DS games too.

I always felt “Castlevania Portrait of Ruin” was underrated personally, one of my favorite DS games.

Pretty soft for a Sony.
@Beau Skunky
The Steamworld Dig series uses the 3D feature, I actually like the 3D feature, but I’ll admit that the 3D features biggest shortcoming is that you have to sit perfectly still in front of it for it to work properly.
I find the 3DS to have the best weight for playing more than 15 minutes, I’ve noticed that if I try playing with my Switch for more than 15 minutes as a handheld, not in TV mode, I start to notice how heavy and excessively wide the damn thing is.
I guess it’s also worth mentioning that I’m not looking to play AAA games on my 3DS and I wish indie developers would keep making games for the 3DS, a lot of my friends agree that the dual screen setup works wonders for jrpgs as you can use the 3D screen for your main playing screen and the secondary touch screen for your inventory and various menus that you can click around with.
Posted 3 years ago Report
Edited 3 years ago
Link Quote Reply

I still have several of those too.

Not stinky!
@Ping_chan
The Steamworld games are pretty good, and yeah they look great on the 3DS. I agree, I wish 3DS still got some support.

New3DS models feature the face tracker feature to help stablize the 3D more. Though, I think it uses more battery that way unfortunately.

And I also agree, the dual screen set-up of the DS & 3DS systems (and even the WiiU) is pretty good, innovative, and unique, (I wish gamers & developers would stop calling things like that “pointless gimmicks”) it’s a shame that seems to be getting phased out with the Switch.

The Switch Lite is less heavy, and clunky, but lacks TV support. It’s basically a bargain bin Switch for those whom want a cheaper alternative, or only want it portable.
Posted 3 years ago Report
Link Quote Reply
Interested in advertising on Derpibooru? Click here for information!