Lost Ruin.
Since we won’t play it anyway, I’ll just spoil it.

You play as The Heroine. An isekai protagonist. A high school girl summoned into a fantasy anime world. But as a side effect of the summoning, she experiences some sort of amnesia. She can’t remember a thing.

She’s not the only isekai high school girl though. There have been other isekai characters.

An elf mage tells The Heroine that she needs to kill all other isekai characters in order to regain her memory.

So she did. But she didn’t regain not one trace of her memory.

Turns out The Heroine has never been isekai’d. She’s local. In fact she was created just prior to the game’s beginning by the elf mage for the sole purpose of killing isekai characters. Now that she’s done it, elf mage has no use of her and tries to kill her.

The Heroine kills elf mage, and is now faced with an existential crisis. She was created not a couple days ago, and with her purpose complete and her creator died by her hand, she literally has no purpose for existing. But, with the help of an immortal goblin friend who reminds her that existence in itself is the purpose, she begins a new life, perhaps seeking a new meaning in her life, or, just enjoy good food, good snuggling, and good snoozing.

Hollow and Cold
@tehwatever
It’s a great story, and has just the kind of nuance take that isekai stories could use.
Posted 1 years ago Report
Link Quote Reply

@WyrmSpawN
It also has a very particular Shout Out.
There’s a cute lizard girl named Lusty. She’s a maid. One guess who is this character a reference to.
Posted 1 years ago Report
Link Quote Reply

Cool Spook
@tehwatever
If she isn’t a naga, she isn’t that good.
Posted 1 years ago Report
Link Quote Reply

Amethyst the God Slayer
Me: Maybe I’m just not having fun with fighting games anymore 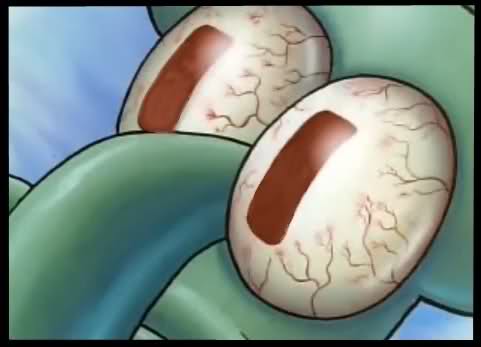 Terminal Rex
Going Indognito mode..
@tehwatever
Sound more like anti-nihilism at the end there. Also, she just decides to murder people she doesn’t know just to get her memory back? That pretty selfish and cruel. Were her victims evil at least?
Posted 1 years ago Report
Edited 1 years ago
Link Quote Reply

@Terminal Red
How is it anti-nihilism? She now roams free without a purpose other than what she, and not some god or doctrine, decides for herself. She also killed her god, so…

besides, so what if she was petty and selfish. it’s anime video game. Selfish and petty heroes are IN these days.

Hollow and Cold
@tehwatever
They are not ‘in’, it’s just all they give us anymore.
Posted 1 years ago Report
Link Quote Reply

Cool Spook
@tehwatever
Konosuba is a parody, not the norm.

Heroine killed Dark Lady: the entity elf mage was secretly worshipping. The entire questline about killing other isekai characters have been to liberate their powers from them and use the powers to revive Dark Lady.

Heroine killed Dark Lady, and when she swung at Elf Mage, she couldn’t deal any damage. Knowing that Heroine has served her purposes, Elf Mage decided to abandon Heroine for an indefinite amount of time.

That’s when Heroine got existential crisis and the immortal goblin friend told her to not sweat the details too much: just enjoy life.

Terminal Rex
Going Indognito mode..
@tehwatever
Anti-nihilism is accepting life has no inherent meaning but pushing foward anyway to live as best you can and impose or find your own purpose in life.
Posted 1 years ago Report
Edited 1 years ago
Link Quote Reply

Hollow and Cold
@Terminal Red
I mean, if life has no concrete goal, then just enjoying yourself isn’t wasting the time, is it?
Posted 1 years ago Report
Link Quote Reply

Terminal Rex
Going Indognito mode..
@WyrmSpawN
Depends on what you value and what you decide is your purpose. If immediate self gratification is the be all and end all then I guess you’re not wasting your life. In your own eyes.
Posted 1 years ago Report
Link Quote Reply

Hollow and Cold
@The Equestrian Zodiac
You know what, go for it.

Trouble with the Trolley
In-between Dawn of Sorrow, I’ve been diving into Hades again. I can consistently get to Elysium now, but I only got to Theseus and Asterius once, and haven’t managed to do it again.
Posted 1 years ago Report
Link Quote Reply

(Foil Hat)
@Dustcan
Definitely. I mean, I have an idea for an original IP that has a race based on MLP…
Posted 1 years ago Report
Link Quote Reply

Anti-nihilism is accepting life has no inherent meaning but pushing foward anyway to live as best you can and impose or find your own purpose in life.

WAIT. What?! I’ve been getting it wrong this whole time?!

I thought nihilism was a positive force, not this “nothing matters. do what you want. just die” philosophy. I thought it was designed exactly so people don’t put stock in somebody else’s ideas on the purpose of life. It frees a person from the burden of inherent purpose, so that they can choose how to live according to their own will.

I thought the nihilist fills the lack of purpose by whatever they choose?

Absurdism however is more closely tied to your anti-nihilism. Absurdism as it was proposed is the idea similar to nihilism: No inherent purpose. Unlike others who fills it with their purpose, the absurdist doesn’t. Here’s how an absurdist would sound like:

“Life has no inherent purpose. Making your own purpose is just your way of coping. I’m not going anywhere in the grand scheme of things, but I live life to the fullest anyway. Why? BECAUSE. “

Meaning: the absurdist doesn’t replace the lack of inherent purpose with anything. they are always without purpose, but live life as if they do. The absurdist would argue that it’s the most honest state of being you can have. The absurdist finds joy where he can, and live the moment for its own sake and nothing more.

It’s absurd. Why do things that you know are ultimately futile? Well, the absurdist won’t or can’t tell you why. Because if he could come up with a logical, coherent answer he wouldn’t be an absurdist.

Absurdism isn’t that we can’t come up with a logical answer, it’s that the answer itself is inherently unimportant.
Posted 1 years ago Report
Link Quote Reply
Interested in advertising on Derpibooru? Click here for information!