Frankie Serano
@Kiryu-Chan
I was mostly referring to the Capcom side as well.

Zamasu
@igotnopicks
There are some that don’t, like the original Super Mario Bros. But sprites are either removed or obscured when you pause the game in Super Mario 2 (USA) and Super Mario 3 for example.
Posted 4 months ago Report
Link Quote Reply

325 koroks found in Zelda Breath of the Wild.

This is gonna take me a while.

You end up willfully corrupting Noelle into being a killer, growing strong, via basically emotionally/mentally abusing her into submission, eventually using “Snowgrave” to kill Berdly (Snowgrave is explicitly said to be “FATAL” in the menu, and in the Light World, Berdly doesn’t wake up during the epilogue) when she’s wearing an item that gives the Trance effect (and she tries multiple times to resist that order), and it’s heavily implied she goes on a killing spree after that, after leaving you, due to how the castle is more… empty, how Spamton took over.
**Proceed
*Proceed
Proceed
You thought Undertale’s Genocide Route was awful? Well, twisting another character to kill because you can’t, via their powerful freezing magic is worse, in a way. Most enemies try to run away in terror, instead of encountering you, so you chase them down. And the worst part is, you can further twist the knife with Noelle in the Epilogue.

And no, it’s not Kris doing this, it’s you compelling them to do this, with them both on the strings. It’s indicated Kris looked hurt, by the other two, when they reunite in that route… and it’s noted by Noelle later that the voice didn’t sound like Kris’…

Even Ralsei, who has many oddities in his own right, seems on some level disturbed/uneasy by how he doesn’t have control like they do normally, in trying and failing to get you to switch to Susie’s POV.

Also, instead of fighting the Queen, you have to fight the chapter’s hidden boss solo at the end, and the outcome of that fight is… something.

So, your choices don’t matter, as they said? You can, seemingly, still fuck things up, by manipulating someone whose choices actually do matter, egging them into doing something ala Chara and Asriel.
Posted 4 months ago Report
Edited 4 months ago
Link Quote Reply

When you’re late for a meeting.
Posted 4 months ago Report
Link Quote Reply

Deltarune has SEVEN chapters planned. According to the rate of release, it’d be one chapter per 3 years.

Meaning: you’re more likely to see another recession than the end of Deltarune.

CaptainXtra
El Paso Resident
@tehwatever
I haven’t played the Undertale series yet but the creator sure has talent.

I hope that we never experience another Kitty0706/Edd Gould type loss with him.

DON’T YOU FUCKING EVEN THINK OF TOUCHING HIM, LEUKEMIA!

Bad taste in everything
Oh, right, Deltarune Chapter 2 is a thing.

I’ve been too busy playing my masochism simulator to play much else.
Posted 4 months ago Report
Link Quote Reply

Even better than the first.
Posted 4 months ago Report
Link Quote Reply

@pixel
What the name of the sim?
Posted 4 months ago Report
Link Quote Reply

Passionate opinionator
@Background Pony #3393
Good luck man! These games are tough but they are completely beatable if you remember that patience and observation is the key to victory.

@AC97
I just watched the Snowgrave route and HO-LY FUCK was that dark. I don’t think I have the heart to do that on my own since Noelle is too pure to be corrupted like that. Yeah it was fun screwing with her at times during my playthrough but I’ve already filled my quota of doing a Genocide Run in this series and I’m not going to do another. Spamton taking over the castle was quite funny though.

Yeah I figured that Toby would throw a curve ball at us with the whole “your choices don’t matter” stuff.

@tehwatever
|| Let’s hope the next chapter doesn’t take that long.||

(Foil Hat)
Is Origin offline for anyone else, or is it just me?
Posted 4 months ago Report
Link Quote Reply

@tehwatever
I haven’t played the Undertale series yet but the creator sure has talent.
I hope that we never experience another Kitty0706/Edd Gould type loss with him.
DON’T YOU FUCKING EVEN THINK OF TOUCHING HIM, LEUKEMIA!

@tehwatever
I think Toby’s got more framework than he did three years ago, so he might be better off in that regard, but it really couldn’t come soon enough, regardless.

@Red-Supernova
There’s something more intrinsically unnerving about doing this to Noelle, compared to Genocide, and then tormenting her in the Light World in a way that she seems to be on the path to realizing how fucked things are… (also you can approach her, interrupting her dialogue in the darkness by walking to the right, and she panics).

Notably, in the Spamton NEO fight, it says “Kris calls for help,” with Ralsei and then Susie, but when Noelle is called, it says “You whispered Noelle’s name,” right before she comes in and kills him on a black screen.

It’s so bizarre how this sounded like it would be fake, and yet it’s all real. Hacking shows that the Snowgrave spell *reduces enemies to red dust.*
Posted 4 months ago Report
Edited 4 months ago
Link Quote Reply

brasil militar enjoyer
So since I’m p sure the dedicated Deltarune/Undertale thread is dead and buried. Or I’m just not going to go and look for it… 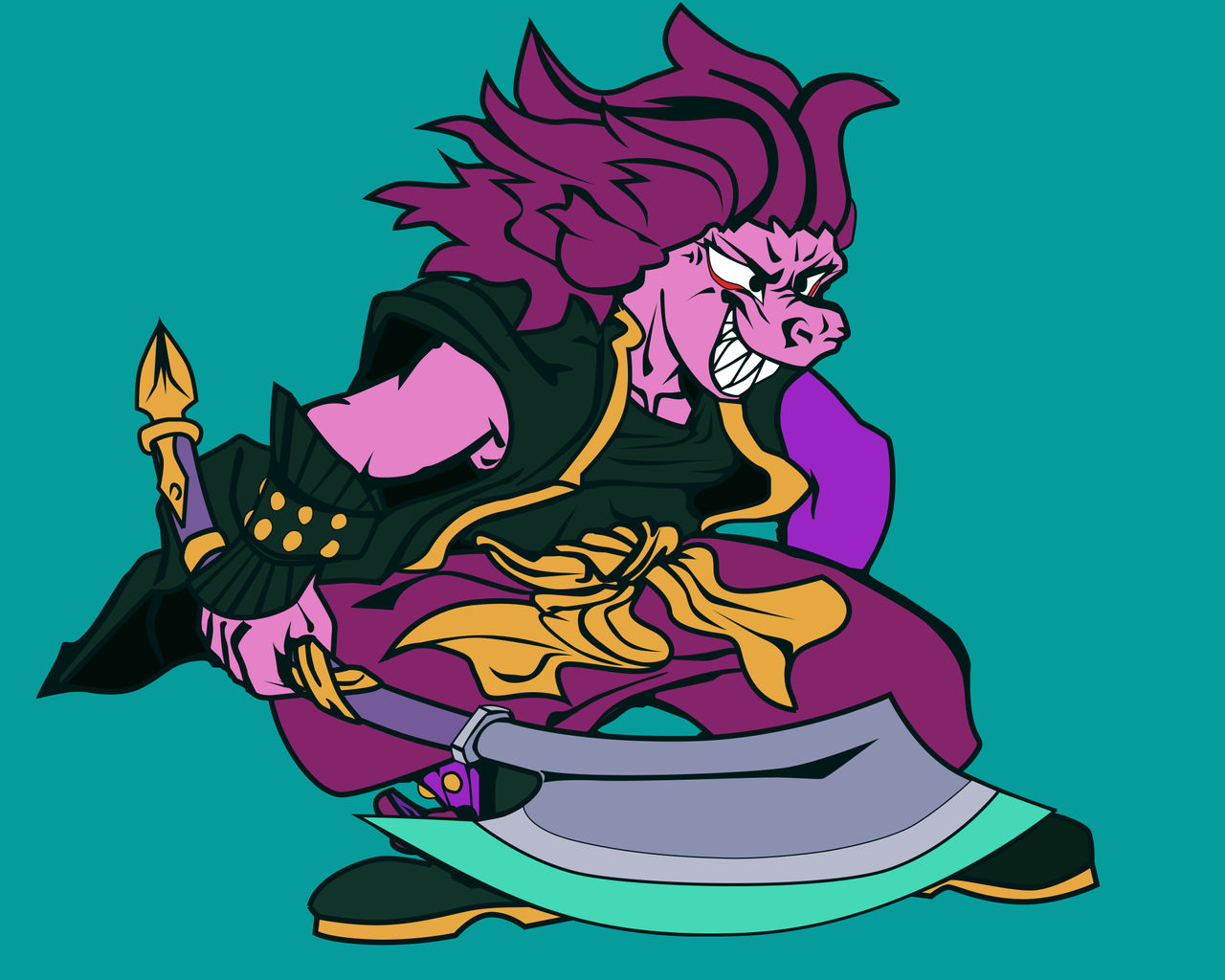 I did a think.

||Deltarune has SEVEN chapters planned. According to the rate of release, it’d be one chapter per 3 years.
Meaning: you’re more likely to see another recession than the end of Deltarune.||

From what I’ve heard, and I don’t know if Toby’s situation has changed is that he’s looking for or has a team to help him. I know I saw posts several years ago about him recruiting for people to help finish the game, since income from Undertale means he can pay people to help develop the rest of the game. He more or less has all the writing and such done for the game and just needs or needed people to help assemble the game itself.

Of course, I’ve heard nothing new since that.
Posted 4 months ago Report
Link Quote Reply

Passionate opinionator
@AC97
Yeah, this really makes you feel more like a bastard than Undertale made you feel. Also hacking for Chapter 2 is available already? And holy shit, could that be how Darkners die?!
Posted 4 months ago Report
Link Quote Reply

Passionate opinionator
@AaronMk
There is. It’s just that nobody has been arsed enough to resurrect it. Otherwise I would be posting there.
Posted 4 months ago Report
Link Quote Reply

Yo Speer!🇩🇪
Bennett presidency, they tell me not to rock the boat
A bit too late for that as the boat is fucking sinking
Posted 4 months ago Report
Link Quote Reply
Background Pony #3393
What retro-style indie games do you recommend? I’m looking for games that emulate the feel and difficulty of NES games.
Posted 4 months ago Report
Link Quote Reply
Interested in advertising on Derpibooru? Click here for information!