Pubilq Phirm
Badge suggestions chronic longposter and broke the comment box for users who type very long comments. Only You Could’ve Written Fallout Equestria is a fully fleshed-out idea at this current moment, the other two still have much room for discussion & improvement.
We are given 20,000 characters for posts & comments. These awards celebrate users who make full use of them.
One of these should have the badge be of Rainbow Dash making an expression for “didn’t read, LOL” and the other should be a typewriter with a long scroll of paper, but I can’t decide which should be which.

(better name needed)
For users who use all the available room. Given to anyone who makes at least one comment or forum post of 2,000 words (to average 10 characters per word including formatting and links) or of 19,000+ characters and 1,000 words (in case it makes very heavy use of links).
This should be manually verified to ensure that the candidate comment is on-topic and does not feature ASCII art as a significant influence on its character count.

Awarded to users who type a lot. I can’t decide on the exact criteria, so here are the examples I’m mulling over
Exact numbers are also up for debate.

Badge of shame for users whose total word count between forum posts and image comments throughout all Derpibooru equals or exceeds the word count of Fallout: Equestria. A Project Longpost badge is unlocked for those whose lifetime wordcounts here exceeds that of Project Horizons.
Posted 5 months ago Report
Link Quote Reply

Moderator
友情は魔法だ
@PUBLIQclopAccountant
Is there currently a way to search for comments by character length?
Posted 5 months ago Report
Link Quote Reply

Derpibooru historically doesn’t hand out badges for things that can easily be gamed and have no benefit for the site or its users; there’s only one badge left for shitty behavior, and they stopped handing that one out a long time ago.
Posted 5 months ago Report
Link Quote Reply

@some-guy
They de-rezzed that one ages ago once someone made the (extremely obvious) subtext of it text by explaining it.
Pissed me off, I’d be in 3rd place for most badges instead of tied for 4th if they’d kept it.
Posted 5 months ago Report
Link Quote Reply

Somehow Omnipresent?
Mystery Badge was always just a simple light-hearted “somehow, this person is always in a drama thread, regardless of if they were or weren’t the cause or instigators”.
Obviously, since channers are both retarded, eternal victims, and complete pieces of shit, they got offended like the special snowflakes they are and took it as an insult that so many of their craven scum-bucket ilk “for some inexplicable reason” were flagged as “trouble-adjacent”.
Gee god-damn-whizz, it’s almost as if the community that bases their entire identity around being edgy troublemakers and antisocial wastrels may have some sort of confluence with “people that show up in near every drama thread”.
As you may be able to glean, I’m not a fan of the “appease the shittiest people in the fandom” policy a former admin dropped on the site (then immediately sabotaged and “bailed”) while I was dealing with some rough IRL shit.
Posted 5 months ago Report
Edited 5 months ago
Link Quote Reply

Pubilq Phirm
@Ciaran
At least according to the search syntax help pages, there currently is not a way to search by either word_count or length. That said, perhaps such a feature exists and is undocumented or for staff only. Would you like me to create a post in the feature suggestions thread?
@TexasUberAlles
Now that I’ve had a night to sleep on it, a better name for that celebrates meaningful discussion instead of shitposting is A Whole Damn Essay. It would still need manual approval of automatically-flagged candidate comments to verify that they are on-topic and predominately consist of original writing. The obviously gamed failure modes without such a check are spamming the same paragraph over and over, quoting entire paragraphs of other comments followed by a sentence or two of reply, and ASCII art.
You have a point about Chronic Longposter being easy to game for no value to the community as a whole.
As for the Fallout Equestria badges, the word count requirements for those are so high that anyone inflating their totals to game their way there would either have been rate-limited or banned for spam long before they earned the badge.
Posted 5 months ago Report
Link Quote Reply

Moderator
友情は魔法だ
@PUBLIQclopAccountant
Yeah, there’s no way for us to do that either. It’s actually making it hard for me to implement a badge that I’ve been working on. Please do request the feature.
@Ciaran
The actual way I handle badges that depend on quality is to look at how often the candidate has been banned for LACK of quality. Generally speaking, awarding a badge shouldn’t take more than 5 minutes per candidate, and if I have to read a year’s worth of enormous walls of text posts to see if someone qualifies for a badge then that badge is not going to be practical. That’s why the criteria is often something that can simply be searched for with one or two strings.
Posted 5 months ago Report
Edited 5 months ago
Link Quote Reply

Pubilq Phirm
@PUBLIQclopAccountant
First, are the badge icons 16x16 or 32x32? Either way, I’ll keep my suggestions simple so they can actually work as icons.
OK, more definitive art suggestions for the different badges:
@Ciaran
I created a post in the feature suggestion thread as well as two issues on the Philomena GitHub
Posted 5 months ago Report
Link Quote Reply
Background Pony #C11C
@PUBLIQclopAccountant

No, they are SVGs (vectors).
Posted 5 months ago Report
Link Quote Reply

Fucking hell, I’ve done something worthwhile for once :D Thanks a ton <3
Just curious, why not Pyr0T3ck since he’s made ~4x more changes than me ?
Posted 5 months ago Report
Edited 5 months ago because: Added more text.
Link Quote Reply 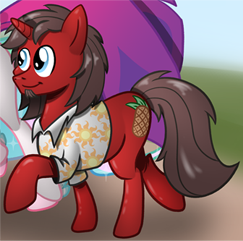 New name, Same BS
My artist tag is at 505 now, and I was wondering if I qualify for the Hyper Artist badge. I remember those badges being given once your artist tag reaches the required number, but my memory might be fuzzy
Posted 5 months ago Report
Link Quote Reply

Just curious, why not Pyr0T3ck since he’s made ~4x more changes than me ?

When you break rule #2 every other upload, you shouldn’t get tag badges.
@DisgruntledUnicorn
Not quite yet, with the badge’s criteria in mind, you’ll be eligible for the badge with 9 more images.
Posted 5 months ago Report
Link Quote Reply

Ocs,Boops,Tickles&Memes
Did the site ever have a Mare-Do-Well badge before, or am i just misremembering things?
Posted 5 months ago Report
Link Quote Reply

At The Edge Of The Rules
@icicle wicicle 1517
It is a real badge, I just don’t remember for what it was :v
Posted 5 months ago Report
Link Quote Reply

How can one even aquire badges?
Posted 4 months ago Report
Edited 4 months ago
Link Quote Reply
Interested in advertising on Derpibooru? Click here for information!