will return
Description
As you all know the site dynamically replaces all images posted with the !! syntax with a “camo” link:

…once it has been posted. While this is a necessary security feature designed to protect the site and your computer from the little gremlins on the web, let’s be honest, it’s also annoying as hell because it makes getting the source of images a pain since you can’t just right-click and copy the source anymore:

This script adds a simple “[Image Source]” link beneath every single image posted using the !! syntax, which can be clicked on or source-copied for the pure, unchanged image link.

…Which raises the question why doesn’t this outright replace the camo link? Firstly, while it is possible it is rather buggy and will cause security certificate errors on the site. Secondly, the camo links do serve an important purpose which far outweighs the “they are somewhat annoying” aspect.

New feature! Now if someone uses the !! syntax to link an image from the ‘Booru itself, this script will also add a “[Derpibooru Post]” link that will take you to the corresponding page. Disclaimer and Such
Use at your own risk. This script does not store or access any user data. This script has been tested but may not be entirely bug free. One user has reported that, on occasion, the links may not appear or might appear twice per image, but I’ve not been able to replicate this bug myself and thus find the cause of it.
Posted 6 years ago Report
Edited 5 years ago
Link Quote Reply

fluffy sylveon
Not working at all for me. On latest version of Firefox, 48.0.2.
Posted 6 years ago Report
Link Quote Reply

will return
@SuperSupermario24
no prob. all i did was you need to specify which domains a script will work on. i derped and forgot to specify for it to work on domains that didn’t have www in the title. so it worked, it just wasn’t activating.
Posted 6 years ago Report
Link Quote Reply

will return
i’m just bumping this because i gave it a complete revamp. it now works consistently on image threads.
Posted 5 years ago Report
Link Quote Reply

Misanthrope
Nice! This is hella useful, I’m definitely keeping this for future use.

Though I do have some feedbacks:
I noticed that the script does not work when navigating between paginated comments or when previewing a parent comment. To fix that, I recommend that instead of using a timer to check for when the comments are loaded, you could use the node-creation-observer library, with which you could register a callback to be fired whenever a specified element is created.
And with how you structured your code, you could easily straight up replace
function findComments()
with
NodeCreationObserver.onCreation('.communication__body__text', addSourceLinks);
and that should save you a lot of hassles of dealing with the MutationObserver API yourself.

Additionally, you might want to consider adding // noframes@ to your metadata block, Derpibooru serves some of its ads from an <iframe>, this prevents the script from running inside of it.

good point too on nodecreationobserver. really, my only reason for not using such a thing (i didn’t know about it, but i knew of a jquery method to add a “content changed” trigger to a div or span) is i don’t like to use external libraries or anything that needs require to run. the only script of mine that uses even jquery was made before when derpi supported it site-wide (so require wasn’t necessary) and it was pure laziness that kept me from rewriting the script to not use it after jquery was dropped.
Posted 5 years ago Report
Link Quote Reply

Misanthrope
Got another bug report for ya: script inserts a broken link when dealing with derpibooru images embedded with the !! syntax. Example: !https://derpicdn.net/img/2016/12/10/1314002/thumb.png! 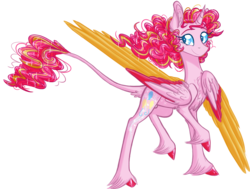 I recommend checking that GetLinks.indexOf("url=") returns a value that’s not -1 before inserting the links.
Posted 5 years ago Report
Edited 5 years ago
Link Quote Reply

will return
@Marker
another good catch! so said bug has been fixed, and i whipped up something a touch experimental. for derpi pics that are linked with !!, instead of [image source] it adds [derpibooru post]] which links you to the relevant post.
Posted 5 years ago Report
Link Quote Reply
Interested in advertising on Derpibooru? Click here for information!