Abandoned By Hope
Needs its own separate thread, i think.

To talk of our ponies' distant but ever approaching reboot.
Posted 3 years ago Report
Link Quote Reply
user4897

Inactive
G5 would be oriented towards teens
As such, it will contain more romance
Posted 3 years ago Report
Link Quote Reply

I read this shit?
I'll reserve judgement until we know more about the final product but I'm not looking forward to this at all.
Posted 3 years ago Report
Link Quote Reply

Abandoned By Hope
I wonder now if each world will have a different terrain and ecology.

Earthie probably has a familiar kind like most of equestria.

Pegaland, maybe a near endless expanse of clouds dotted with floating rock formations.

Unitopia, a crystalline wasteland with neon cities carved into the few hospitable crevices.

I think the writers have a chance to create something very different. Some people didn't like the leaked concept art, but, is that something bad? Is it bad that the writers are going to create a new My Little Pony TV show with different details so the show is going to do its own thing? It's not like you present the changelings in season 2 of Friendship is Magic and you destroy the concept of the changelings four years later as I complain about the ending of season 6.

If the G5 is fun, solid, exciting, creative and inventive, I will be thrilled.

I have a couple of wishes right now for this version:

-The main characters should be recognizable and they shouldn't be dived into parody mode in the next seasons.
-They have to use a different animation tool. Adobe Flash is pretty dated right now, but the movie shows that Toon Boom Harmony would be pretty great to recreate these beautiful art designs. It doesn't have to look exactly like the movie, it can be like the Tangled show or like Steven Universe or Samurai Jack.
-New and different creatures in new and different kingdoms/cities/towns/forests. Zebras, lions, dragons… The designers have proved with episodes like Gauntlet of Fire that they can be very creative in the art design.
-The episodes have to be 11 minutes instead of 22. You could argue that there will be stories that will be better if they are told in 22 minutes, but Friendship is Magic has many episodes that didn't need to be that long. 28 pranks later, Buckball season, The one where Pinkie Pie knows, Flutter Brutter… So, if they have to create a long show, I think the episodes should be shorter to avoid the filler problem.

Most importantly, the show has to be fun, simple as that.

The writers and the designers have a lot of time to polish everything for 2020, so I'm patient.

Abandoned By Hope
@Ring Team
I do hope making it without whatever yoke g4 is under lends the series to a bit more structure.
Posted 3 years ago Report
Link Quote Reply

If AJ is replaced, the rest might as well.

No, Hasbro, you don't get to have your cake and eat it too by re-using the original cast to guarantee loyal fans carry over while also doing a "Market Research Pass" on what works and what doesn't. Either you take risks and start over, or you stick to G4 and run it into the ground. None of that "Semi-reboot-but-not-really" bullshit. 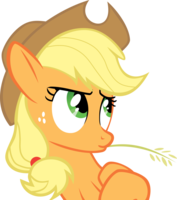 @Poison Trail
And why the fuck not? It's exactly how it worked so far with previous generations — some characters carry over unchanged, some have a number of alterations done to them, and others are completely dropped. Why keep things that clearly don't work, and why change things that do? All their "Market Research Pass" did, was comfirm what the fandom has been saying since at least season 2: Aj is the most boring of the mane 6 and thus the least popular, and no one on the writing staff seems to be particularly fond of writing for her. Besides, it doesn't take market research to realize that in a world populated my magical, flying creatures, full of weird beasts and exotic colorful locations, the character whose whole life revolves around harvesting crops and milking cows would end up being the least interesting.

If people with your line of reasoning had their way, we would still have G3 Rainbow Dash.

@Serious B
I don't think that was the point of it. I think the point is to apply what made Friendhip is Magic work in a different show with different characters and different locations instead or rehashing the same stuff.
Posted 3 years ago Report
Link Quote Reply 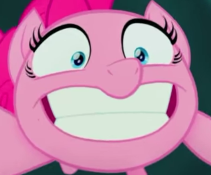 I actually don’t mind the look of the concept art. I know these will almost definitely change in the future, but Earth Pony Twilight has a lot of potential. Perhaps she wants to study Unicorn Magic and someday even use it instead of Earth Pony magic (assuming that would be a thing)? Maybe she knows a ton of magic but just can’t use it since she doesn’t have a horn. Unicorn Fluttershy is definitely interesting…it depends how they could use it, tho. Still, don’t just change things just so it’s different from G4. Don’t cut of Twilight’s horn (and wings) just for the sake of it, do something interesting with it. I know they can do it, since Surprise got her wings cut off as Pinkie, and they did something awesome with it.

I’m looking forward to G5. When it starts, I will try to look at it as a thing by itself, instead of judging it by the differences from G4. G5 has potential, and I just hope it uses it.

Considering Lauren Faust will most likely not be working on G5 I wonder what the chances are that we will get humans and romance.

I don't see them doing big arcs focusing on romance but it might be more present with the mane characters having crushes and boyfriends.

And if the multiple worlds thing ends up being true there will probably be a human world. I hope we also get griffon,dragon and seapony worlds.
Posted 3 years ago Report
Link Quote Reply

Abandoned By Hope
@apegacine
That might bloat the setting a bit.

Think it would be better if each world had one of those races.

Or perhaps one had the race, and another has a kind of variant of that race.
Posted 3 years ago Report
Link Quote Reply

Hilcenias
G5 Optimist | Tumblrina
I just hope that if it is targeted toward older audiences, is that it doesn’t adhere to the usual “Black and White Morality” that has been done a thousand times before.

Hilcenias
G5 Optimist | Tumblrina
@Ring Team
Can I get a rundown? Of everything we know so far that is allowed to be said on derpibooru.
Posted 3 years ago Report
Edited 3 years ago
Link Quote Reply
Interested in advertising on Derpibooru? Click here for information!