Shiny Bug
@Applepie2010
It feels like both too much and not enough time has passed.
Posted 4 months ago Report
Link Quote Reply
Background Pony #CBDB
@GoodVibesGorgeous

@Background Pony #C1B1
Most magic books probably were lost as years passed by (or Opaline has them hidden in her castle), I think it’ll take a long time for unicorns to be powerful as before.

This is a good idea. As Opaline was obviously concerned with the superiority of unicorns as demonstrated in the IDW comics, it would be fitting that she should preserve the lore of unicorn magic in the form of textbooks and magic books. So if Sunny wants to even out the imbalance between the earth ponies, the pegasi and the unicorns within magic, she needs a library. Perhaps Opaline may find herself forced to surrender the library in a later defeat.
Maybe this could be what will get Opaline over the line and become a corrupt alicorn out for revenge. This could lead to the final showdown between the two alicorns where only one will win forever. It could happen in S2 or most likely in S3 if the end of G5 is postponed until later seasons. I wonder what the final battle between the alicorns will be, will it be like in the fan work, “Lullaby for a princess” - or the fan comic “Timey Wimey”? Because it is clear that the two alicorns who represent the opposite of each other must fight each other.
Probably at the end of S1 we might see Sunny and Opaline fight each other, let’s just hope that the world will shake during this clash. And this will be surpassed in the final showdown when the ponies’ future is decided. We already know that Opaline suffered a severe setback in her first attack, and we don’t know yet whether she knows that Sunny can become an alicorn. Although Misty was paying particular attention to Sunny.
If it is meant to be alicorn battles, the G5 team should make a very good effort in the work. As the warm-up towards the end of G5 several years from now when The Big Bad is confronted by Sunny and all her friends. Maybe they should study the fight between Awakened Garou and Saitama from “One Punch Man” that made waves on the web?
I think Sprout will play an important role in G5 because there is a certain possibility that he might have come from the Apple clan and his magical power was impressive - even if he unwillingly triggered disasters. He could become the main secondary role in G5, as many like reformed villains or anti-heroes.
Let me see; the blanket in TYT which revealed that Sunny can reach “Luna mode” and become as big as Opaline later in G5. Then the revelation that Twilight Sparkle may have left a message or a contact line in the Unity Crystals. And in MYM Chapter 2 we see signs of elemental magic that could hint at a return of something important from G4. In the IDW comics, there are signs that some censored content will appear in comic form rather than in YouTube recordings and online views.
And we have only STARTED.
Posted 4 months ago Report
Link Quote Reply

I should get around to doing a writeup where I compare G4 with G5 so far.
Posted 4 months ago Report
Link Quote Reply

Smiling Panzerfuchs 2.0
I was watching the latest episode of Bronies React today and I noticed something. Or rather, it’s been on my mind for a while. ;-)
G5 is much more meta than G4. Yes, I know we all have and have had our issues with the comics and the side shows. But in my opinion (so far) G5 is really a composite of the movie, the specials, the comics and TYT.
I’m not 100% convinced of it yet, but a lot of things already indicate to me that G5 can only be enjoyed and understood when it’s all tied together. Unlike G4. Say: G4 rules should perhaps be considered regarding G5. The creators seem to work in a different way than was usual in G4. Whether one likes it or not. ;-D
Posted 4 months ago Report
Edited 4 months ago
Link Quote Reply

Zipp is secretly cuddly
On the bright side there are cute, cuddly characters we can put in epic fanarts and stories! Plus the show would surely have its awesome moments!
Posted 4 months ago Report
Edited 4 months ago
Link Quote Reply

Hollow and Cold
@The Crystal Artist
It better have something.
Posted 4 months ago Report
Link Quote Reply

Zipp is secretly cuddly
I wonder if there will be any G5 voice actors (The TYT/MYM ones) in the future that have played in other big things.
So far there’s only Zipp’s who had voiced a character in Turning Red. (Unless you count Thomas, apparently one of the main cast’s VA voiced in that, not a fan of it but whatever)
Posted 4 months ago Report
Link Quote Reply 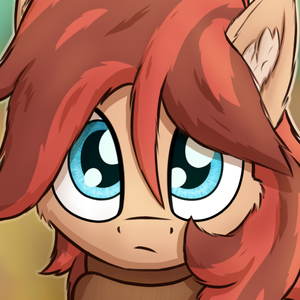 sTs trinity
@Background Pony #808E
ugh you gotta be kidding me with that!
Posted 4 months ago Report
Link Quote Reply
Interested in advertising on Derpibooru? Click here for information!