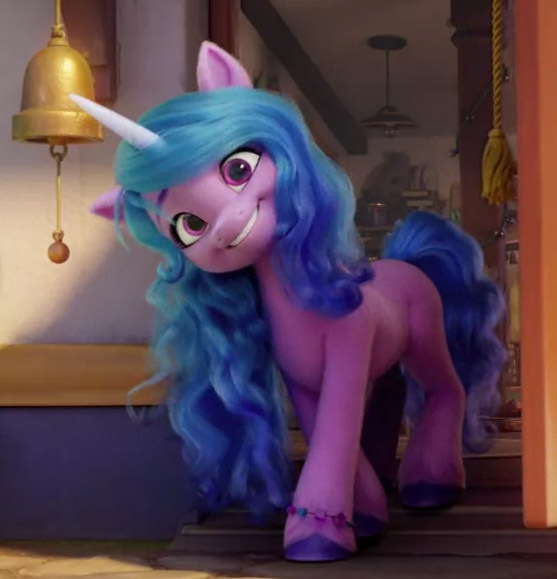 TheRaymanH
Soft Lover
We’re doing something different today, we’re going to look at what my favorite episodes from MLP are through the whole 9 seasons; not counting Equestria Girls, shorts, the movie or specials like Best Gift Ever. Just to mention, Slice of Life won’t be on the list due to being the most over the top episode that everyone (or almot everyone) list it as number 1; also 2 part episodes will be count as a single episode. Disclaimer, i may not express all the points of why an episode is at that position, i could express it better in my mother language but in english is a bit harder, so don’t expect a good speech; also this post also comes from my personal FimFiction page where i posted this yesterday (or more days if you see this any other day).
Honorable Mentions:
Number 10: Where Lies Beneath

The episodes focused on the students are interesting, i was between this one and The Hearth’s Warming Club; but this one won because of the dinamyc of the fears and things related to them: Dragons being selfish and should be rough, Changelings and their dark past… and so on. The episodes uses a very creepy part of the tree of harmony in a way that you see that they could be in serious danger or can’t escape their past just to prove that is not true and they can be part of friendship… contrary thing that Cozy said on purpose to make them upset and not take it seriously, and that end just meaned how this season would end.
Number 9: Triple Threat 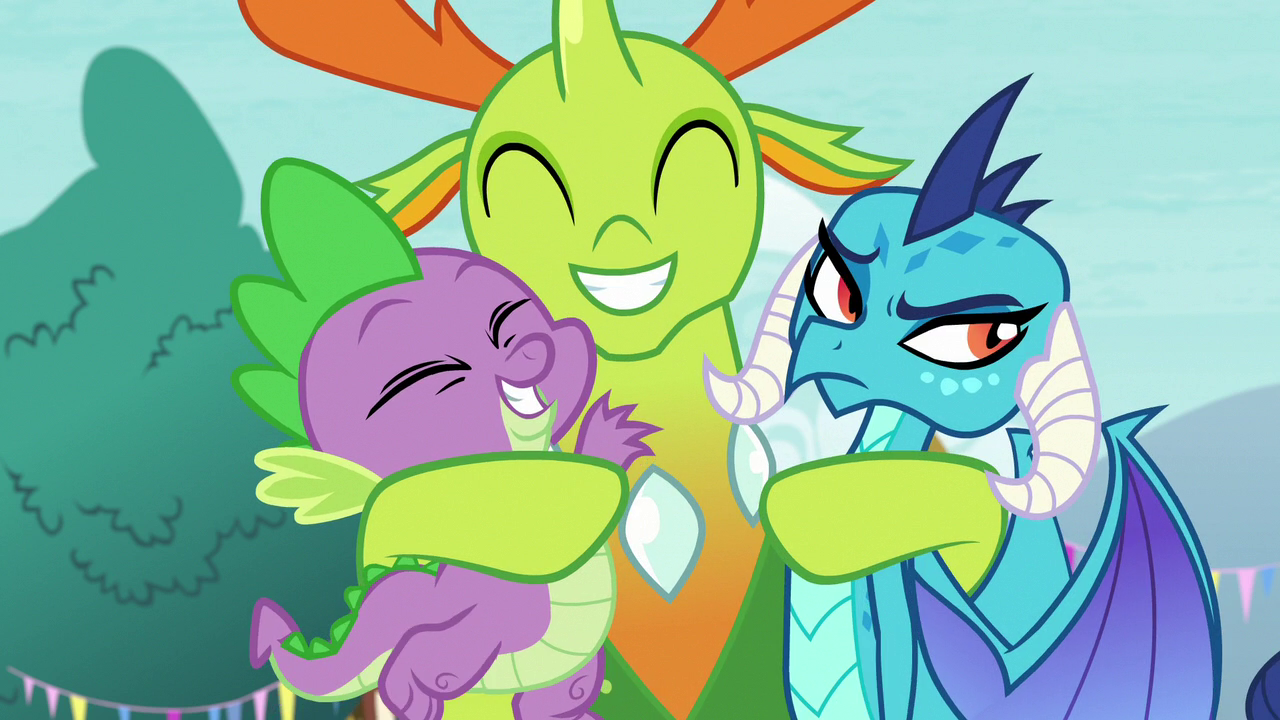 A Spike episode as number 9? Eyup, this is an episode that i enjoy to watch. 1st we have the conflict of Thorax not being able to be assertive, then Ember in a try to unite more the ponies and dragons and Spike being a bit over worried about all. It is fun because of all the things happening at the same time, Ember eating the castle and mistaking Starlight and Twilight (which could be a reference to many characters with shiny related names) and the map issue that Spike creates; the lesson is nice to all of them, Ember learning to be more open about feelings (even if she’s allergic to them), Thorax capable of being assertive with the hive and Spike to not make things on the same day.
Number 8: Twilight’s Kingdom Parts 1 and 2

This 2 part episodes were completely good, the song of the 3 princesses touches my heart all the time i hear it; Tirek is a very serious menace; but it’s the final part of the mistery of the chest that everyone was trying to figure out what it was or what it had inside; it is more focused on Twilight of course and let us see how powerfull magic is in Equestria for all creatures, one with all the power could be a very powerfull threat to fight or to take down. I like that Discord was the one learning a lesson and the epic battle between Twilight and Tirek is well animated in every single second.
Number 7: Frenemies 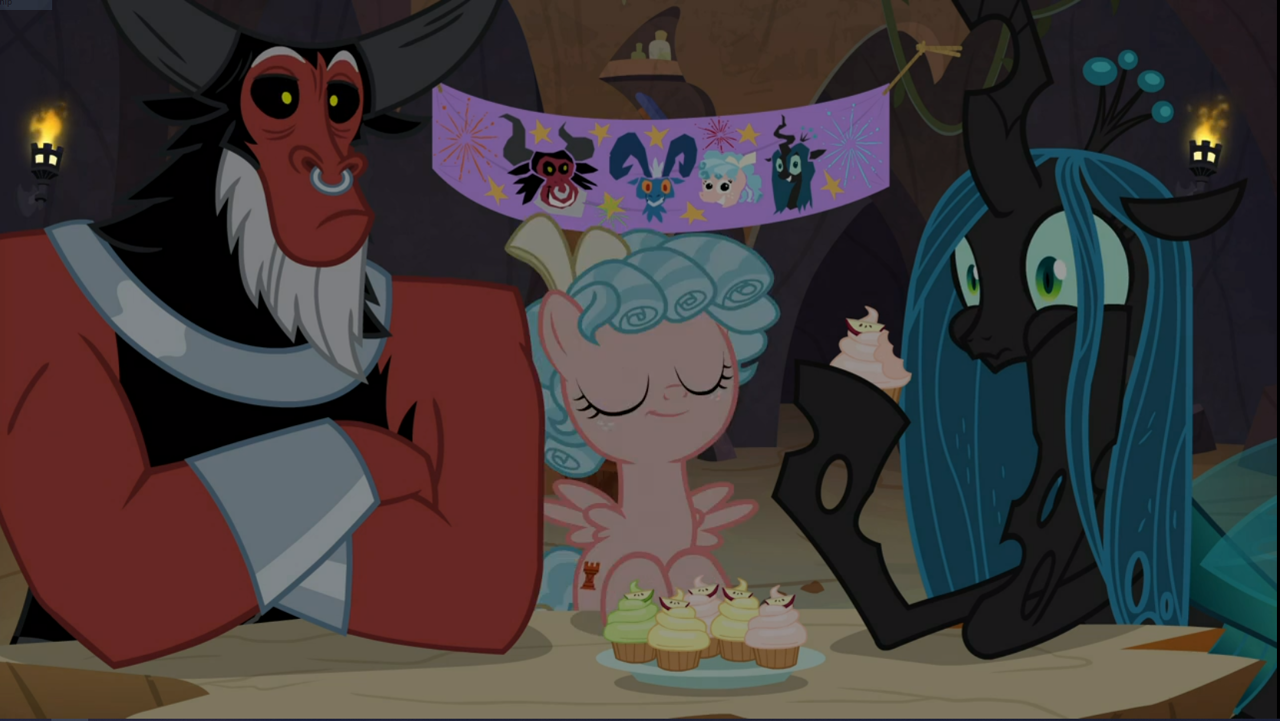 How’s this above a season finale that epic? Simple, it’s a villains focused episode, despite my overall hate for Chrysalis and the non sometimes very likeable Cozy Glow, it was good to have a change from the Mane 6 to these guys. They obviously won’t learn anything besides that friendship is like a desease for them and that needs to dissapear if they want to win and to work together as a team… but not as friends, dammit Chrysalis! You just had to realize in the last second?
Number 6: The Cutie Re-Mark Parts 1 and 2

I’m going to admit it, i’m a time travel lover and if you give me an episode focused on possible futures by changing a key in the timeline… then sing me up for it. We can see the final plan for Starlight to get what she wanted, a place where everyone was the same with no Cuite Marks taking away friends or family due to talents; that maybe was a bit too forced but i can get why Starlight grew with that idea on mind, but she should have noticed that she was obsesed with something that was not very healthy a bit earlier; still she later became a very loved character.
Number 5: The Last Roundup

Yeehaw, top 5 already. Another normal episode above a finale; when i joined the fandom this episode was a bit at the top because Derpy managed to talk for 1st time. But for me i loved the Applejack story, she being a very athletic pony failing at almost every single trial at the roundup; she’s far from perfection of course, the lesson she learns is good thanks to her friends it’s a simple episode; sometimes the simple can be perfectly good, i have nothing more to say i liek the things we see; Applejack evading everypony, working for Cherry Jubilee to get the money of the price of the winner, understandable why she did it and didn’t came back to ponyville as the roundup finished, a sweet episode for sure.
Number 4: Student Counsel 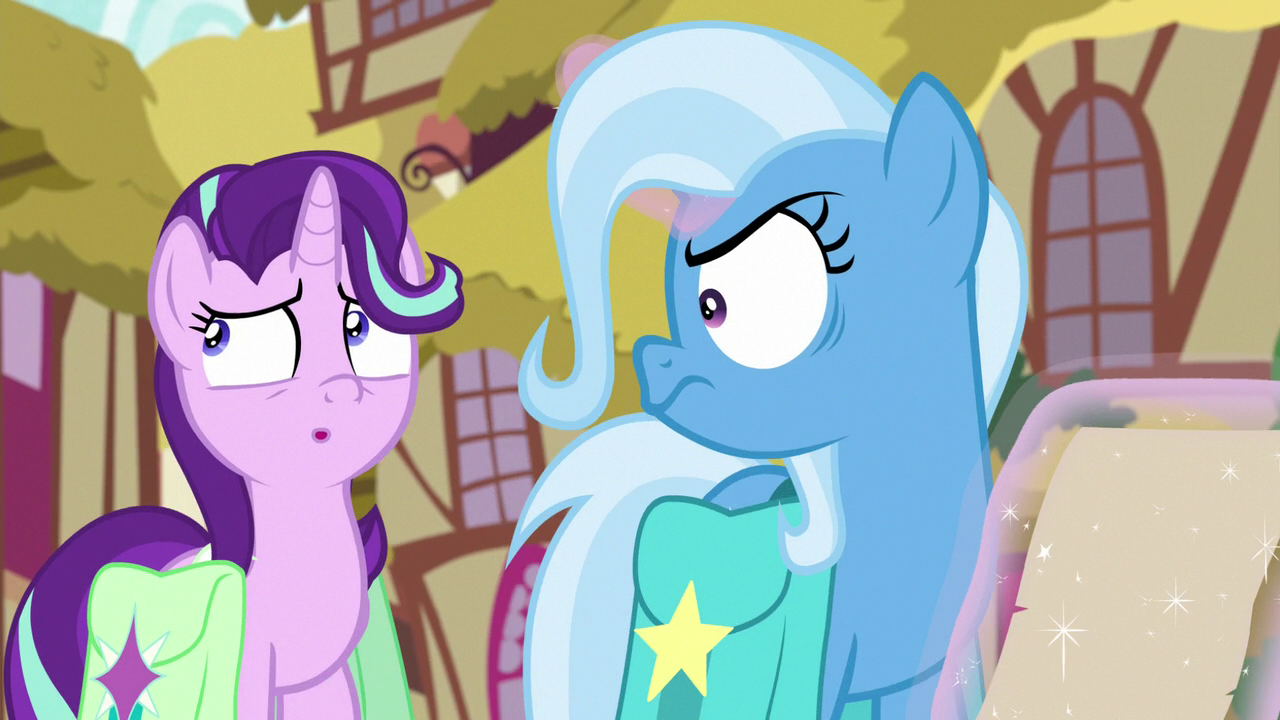 Hold on! Trixie giving a lesson?! Now that was something i wasn’t expecting at all from her. I don’t like Trixie, i haven’t seen such an egocentric character as she is in the entire show and in this episode is the only time i enjoyed her pressence, humor and she literally carries the episode. Between this one and A Horse Shoe In, here we have a better personality with her and how she became good friend with the whole Starlight crew, also in this episode we have Maud Pie, Sunburst and a problem solved by everyone’s help… except for Mudbriar who got into a hard situation. Better use that lesson wise Starlight, you don’t want Trixie mad a you again.
Number 3: Crusaders of the Lost Mark 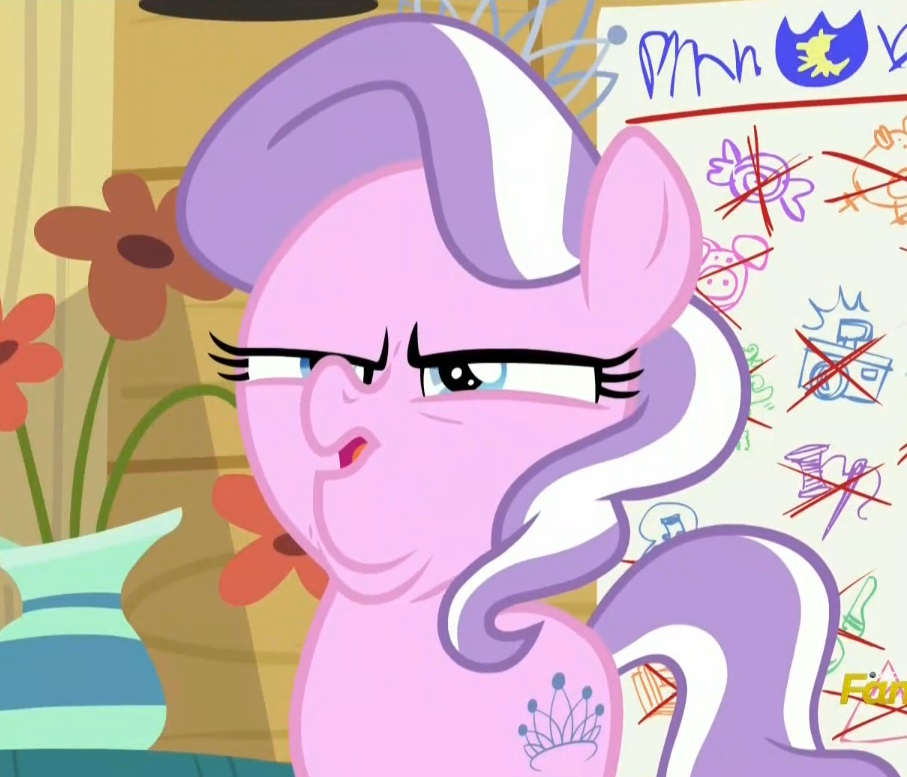 There are a few musical episodes, i’m not a big fan of those… but the one that got the CMCs their Cutie Marks after 5 seasons, i wasn’t able to stand Diamond Tiara, she was constantly a bully without grow even having lessons told by the CMSs or Twilight; but this is a way to seal that bully image appart and see a more hateful character as her mother is. Seriously i dislike her mother a lot, this is the reason why some cliches as the rich people should change a bit, to not make them the same over and over. Finally this episode marked the new arc if we can call it like that for the Crusaders, now helping others with their purposes, a nice change.
Number 2: To Where and Back Again Part 1 and 2 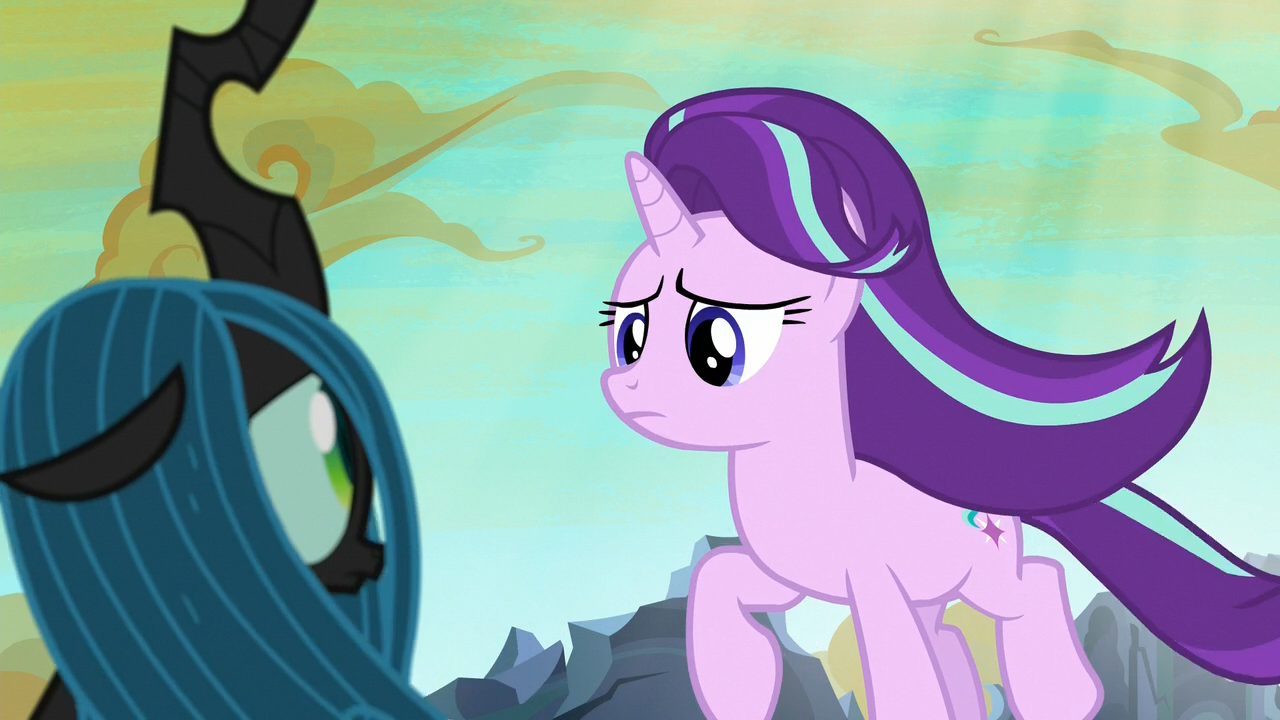 Has Discord, Thorax and Starlight, 3 characters i do like a lot; but has Trixie and Chrysalis both not being my favorites. It’s top 2 because of how huge this problem is, all leadership is now substituted with changelings and it’s a work only ex-villains can solve (Thorax wasn’t, Trixie was a minor villain) the dynamic between all of them is pure laughs. Also this episode builded a new way to see changelings, as now love sharing species instead of a love feeding one, Thorax design at the end is incredibly stunning.
Number 1: The Last Problem 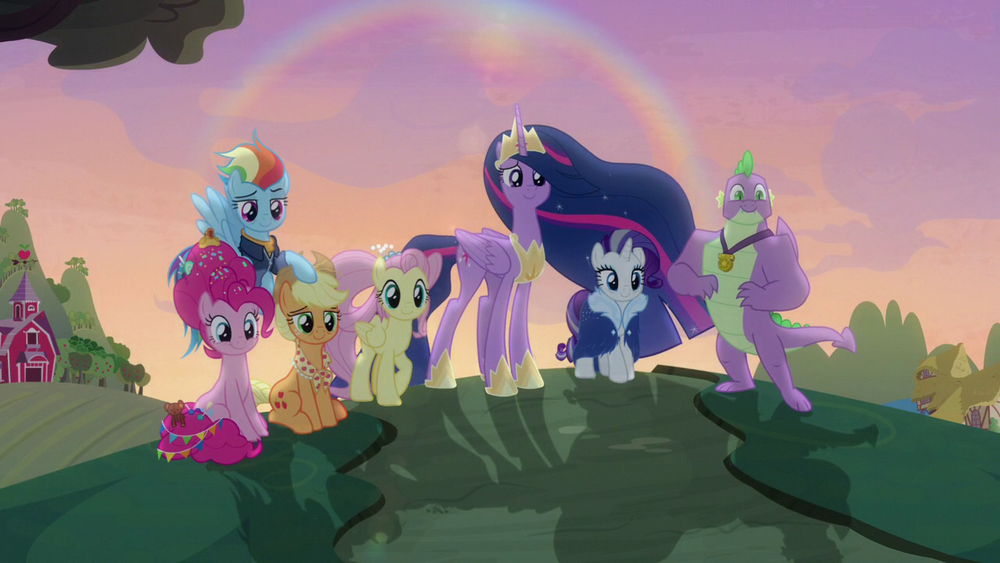 For me the true 10/10 episode in the 9 seasons, a complete tear maker when the last song strikes showing how everyone has grown; all characters being part of this huge universe, they also made Sunset Shimmer canon in this episode after years of them saying she wasn’t, but she’s here. Some didn’t liked how this ended, most when FIM ended were a bit purist because they didn’t wanted it to end but it had to. It’s sad that the best they gave to us is the last episode; this is the culmination of 9 years of Friendship is Magic and now it’s turn for Sunny, Izzy, Hitch, Pipp and Zipp to spread the word of friendship and maybe give us the answers of what happened to everything that Twilight and her friends builded.
I know that many people won’t agree with me in some episodes, but it’s my top 10; the episodes i watched over and over almost non-stop. You’re on your wright to not like this top 10, i guess you’ll have your own top 10… if you want you can coment quickly your top 10 of all seasons.
This was all for today, i’m keeping doing my work so hoping to update as soon as possible. See you soon
Posted 4 months ago Report
Edited 4 months ago
Link Quote Reply

IV's
Gojira1604Shinomura
My favorites are:
10. The Cutie Remark
9. Frienemies
8.The Beginning of the End
7. A Canterlot Wedding
6. The Cutie Map
5. Ending of the End
4. Friendship is Magic
3. The Return of Harmony
2. The Last Problem