Music Connoisseur
@The Worst Person
I don’t know if Hasbro is the one that determines which of their properties go to what streaming site, but I doubt they’re doing that just to get more money. Probably which one they think looks better and if the site is willing to get the distribution rights.
Posted 6 months ago Report
Link Quote Reply

simpler is happier
(all subjective here, you know the drill, and spoiler tags just in case)
So I’ve been playing Equestria at War since Christmas.
At first I expected I’d never bother with Griffonia since it’s 100% made up (save for Griffonstone) and I was only interested in playing the Crystal Empire. I use only the crystal ponies from Stellaris’ MLP mod, after all.
Predictably enough, because life is irony, now I’m having fun in Griffonia (yeah, you’re gonna see River Swirl fanart from me) I’d rather never go back to Equus. Not because the Crystal Empire’s ‘story tree’ is outdated to the point of being boring (at least if you don’t go down… another path), oh no. Even if the devs updated the country beyond my wildest dreams, it wouldn’t be fun for me to play because of everything else on Equus.
It’s not even just the Great War between the changelings and Equestria, though I do consider it the albatross around the setting’s neck for reasons I won’t delve into. It’s also that there’s so very few countries on the continent, and they’re (almost) all so big, that there’s next to no variety compared to the many smaller nations in Griffonia. The only variety comes if Equestria breaks down in a civil war, which isn’t guaranteed to happen.
I feel railroaded when I play the Crystal Empire. Always prepare for the Great War, unless Chrysalis somehow gets ousted. Either way, because there’s only the yaks to the north and not!sovietland to the east when it comes to NOT punching lightyears out of my league, the steps are always the same.
Knock out the yaks, then the polar bears and penguins (who’re so weak they basically only exist as free real estate for the REAL countries), then Nova Griffonia, with Stalliongrad somewhere in-between because they’re also out of my inexperienced league from the start. Basically, the railroad tracks always go north-west.
Then, after that, changelings, deer and finally Equestria. Whether they’re still united or are going through a civil war… did I mention that a lot of content for the Crystal Empire’s story tree comes from being puppeted by either of the two big sides? Yeah.
It’s actually more fun (for me) to just ignore the big three and invade the other continent through Nova Griffonia. Which is what I did AS Nova Griffonia, incidentally.
I still love the mod, a MLP strategy game was something I wanted for years, but I’m gonna stay in Griffonia for a while… And in Zebrica when it shows up.
Posted 6 months ago Report
Link Quote Reply
Background Pony #B367
I just found the cute Twispike wiki page.
But one thing it said about the hater is the common thing I heard from them, and especially if it came from Sparity shippers, this would make them total hypocrites.
Posted 5 months ago Report
Link Quote Reply

Science fiction fan
I find it odd that Pony Life sometimes uses a squeak toy sound instead of a thump whenever characters collide with something at high velocity (yes, it’s actually used more than twice in the entire show). At first I thought it was common for squeak toy sounds to be used in that type of context in cartoons, but apparently it’s not as people are confused when I talk about it as they constantly misinterpret it as me talking about the grinning sound (despite it still sounding blatantly different).
Posted 5 months ago Report
Edited 5 months ago
Link Quote Reply 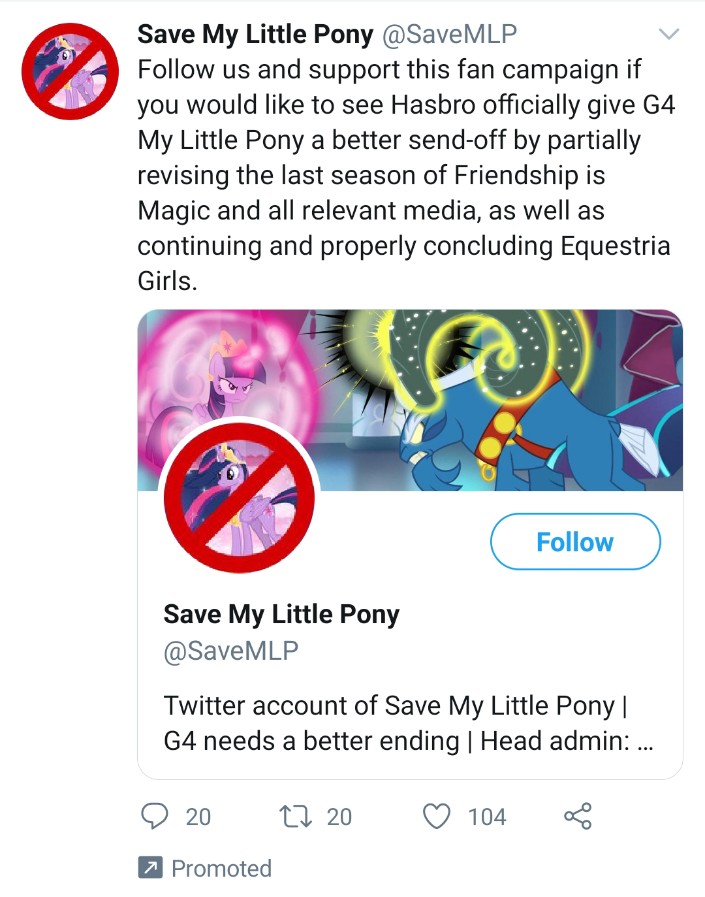 Offline
G3 looked like a leprechaun threw up in a bowl of cereal, they hung out in castles and ate cake all day.
Maybe G3 follows G4 and had nothing better to do until G5 kicked off, G5’s structure is remarkably similar to G3 which signifies an extended timeline.
Without too much on G3.5 it wouldn’t be their first reverted series.
Posted 5 months ago Report
Link Quote Reply

Friends with Autism
In the very first story arc in the comics, I feel that the artists made fun of (possible) genocide. As far as I can see, they deliberately dehumanized a race of innocent kitties. I don’t see how that has any place in “Friendship Is Magic”.
I have made my own thread about it here: https://derpibooru.org/forums/pony/topics/times-that-mlp-failed-at-friendship
Posted 5 months ago Report
Link Quote Reply

Friends with Autism
@northern haste
That is not my point. The problem is that the artists don’t seem to have any more a heart for the kitties than the changelings. (I thought I made this perfectly clear.)
Posted 5 months ago Report
Link Quote Reply

Enter if you dare
Did the comic ever explain why scootaloo couldn’t use these?

your current filter.
She made quite a big deal about not being able to fly

Did the comic ever explain why scootaloo couldn’t use these?

Nope. Not in-universe, anyhow: The way Scootaloo was involved in that comic - particularly the fact that her condition was referenced twice despite it having no relevance to the story we got - makes it feel like the writers were practically screaming “We would LOVE to have Scootaloo fly with that thing, but our hands are tied!” (the comic still being bound by the show’s status quo at the time).
Posted 5 months ago Report
Link Quote Reply
Background Pony #B165
@Starponys87
How many times are you gonna keep bringing this up? You’re borderline obsessed at this point
Posted 5 months ago Report
Link Quote Reply

Latecomer
@DoctorWTF
OF course, that does raise the question of if introducing such a thing and not explaining why she can’t was exactly good practice for a spinoff.
Posted 5 months ago Report
Link Quote Reply
Interested in advertising on Derpibooru? Click here for information!