@Latecomer
I’m already looking forward to G6, as long as it’s free from any G4 influence (and G5 influence by extension). For the sake of getting something fully new if nothing else.
(Quality’s still preferable, obviously.)
With lots of luck, there’ll be as much work and quality done on the three (or more) pony races as The Last Airbender did on their own universe. Ten years of G4 and the unicorns, earth ponies and pegasi’ cultures were barely developed, in favor of an Equestrian whole (which itself was basically just Horse America). And the less said about how the crystal ponies were handled, yeah, the better…
Posted 2 months ago Report
Link Quote Reply

Zipp Dripp!
@Red-Supernova
That’s not really how it works, though. If you’re not completely hooked on G5, then that’s just your reaction to G5. It’s not some conspiracy by Hasbro.
Outside of ANG, G5 doesn’t have the same “juice” as G4. But it does have much better groundwork, and it’s doing things with the characters that we used to wish G4 would do.
Posted 2 months ago Report
Link Quote Reply

Passionate opinionator
The thing is, nothing from G5 has yet to complete hook my interest like G4 did. And I am completely getting chewed out for liking the latter half of G4 because of the change in writing staff during that times and how they had no care for previous lore. I keep telling them that I still believe the second half of G4 had good ideas because of the writing process worked at the time, those ideas struggled to fully flourish. But this Discord server I’m a part of that I tell these to make me feel bad for even liking those concepts and this is giving me somewhat of an identity crisis as I tried to find the good in things during FiM’s later years. They told me ALL about the terrible truths about what happened behind the scene during FiM such as Big Jim Miller insulting fans on Twitter including the “Gosh, its only a little girls show” remark when someone brought up a continuity error.
I have been trying my hardest to be nice with this server so they can respect my opinions as I’m trying to do the same with theirs but they constantly make me feel like I’m the problem and I am AFRAID of standing up to them because I don’t want to get banned! They see my reactions towards their criticism towards G4 as like I’m feeling attacked. Well I have TRIED being nice about how I explain how I tried seeing the good in each new thing G4 brought and at this point, I am ready to insult them.
As for G5? I wouldn’t be surprised if they only connected it to G4 for cashgrab purposes. Nothing from both G5 shows have truly grabbed me so far. I want the edge that I got from G4 where there was action. This is probably due to how my autistic mind works but I always get a rush whenever I see fight scenes or other high stakes stuff because my mind likes to recreate them as RPG-style battles. Sorry to bring up the Discord group again, but they also make me feel like I’ve focused on the wrong aspects since they were putting down the more intense moments as well. I can’t help but react like this whenever someone puts down something I like. This is something that has always been part of my mentality because I have no confidence at ALL with my opinions! Whether I’m the minority or not, I always feel like I’m the one who’s wrong and I’m too stubborn enough to admit it and just submit with the hive mind like a good little drone.
Posted 2 months ago Report
Link Quote Reply

@Red-Supernova
This explains that. Sorry for sounding jerkish earlier.
So this is probably gonna sound stupid and useless, but maybe you should just leave that Discord server? Recognizing and leaving toxic relationships and/or places is important, even if the “toxic” is only “this makes me unhappy.” No company is better than bad company if you can stand being alone. And from what you’re describing, this server isn’t good to you, regardless of who’s actually wrong here.
Another option is to narrow down your Discord interactions to one or two persons (not necessarily from that server), something like a direct-time PM conversation with people you actually get along with rather than a whole public-ish group. People who’re actually friends with you rather than, well, “hive mind” sounds harsh but if they’re so sick of your different opinion, ‘nod and ignore’ is a good attitude sometimes.
I left Discord myself because it made me unhappy, even though I was at fault because I can barely function properly when dealing with any people no matter how great they are. Still break down and bluescreen from time to time because that’s how I am, but leaving still was best for me.
(Of course, I still come here regularly, so clearly I’m not good at being good to myself.)
Posted 2 months ago Report
Link Quote Reply

Umbreon is best Pokemon!
@Red-Supernova
Well, that’s basically what everyone on the internet wants you to feel (and I’m no better myself really). Like Roseluck said, you should probably just leave that server. I really only use Discord to talk to friends and individuals. I don’t care for servers because it’s too messy and I don’t have time for them. I only look at images and stuff there. People like to wear others down on the internet because it’s a place where there are no rules or rules are never fair. If that server rather bans people for standing up for themselves than people would keep trying to make people feel bad for having opinions, then it’s not really a server worth paying attention to or staying at all.
Posted 2 months ago Report
Link Quote Reply

Music Connoisseur
@Red-Supernova
Yeah, it’s best for your health to leave that server cause if a place is really that bad with the way how you describe it, then that’s more the fault of the moderation team in that server rather than anything that you’ve said.
Posted 2 months ago Report
Link Quote Reply

Music Connoisseur
@DerpyFast
Who’s this “we”? There are different ways that we can interpret characters.
Posted 2 months ago Report
Link Quote Reply

Zipp Dripp!
@Mr.Myoozik
Specifically, the early fandom. We gave names and personalities to random background characters, because we wanted the show to have a bigger picture than it actually did.
Posted 2 months ago Report
Link Quote Reply

Passionate opinionator
@Just Wayne
Thing is I’m just lonely most often. Whether its small talk, my hobbies or wanting to talk about developing my own furry OCs, I’m usually shit out of luck.
Posted 2 months ago Report
Link Quote Reply

Passionate opinionator
@Just Wayne
Thanks. :) Do you have a Discord?
Posted 2 months ago Report
Link Quote Reply

Umbreon is best Pokemon!
@Red-Supernova
Sure, but maybe I should give it to you in private. :P
Posted 2 months ago Report
Link Quote Reply

Music Connoisseur
@DerpyFast
Then that’s really more on the fandom’s part than of the actual show itself, not that I’m criticizing them for having that mindset. I feel like it’s also the same thing with this one as well.
@Red-Supernova
If they are, then it was never a good server to begin with, it’s better to cut off all ties and 23 skiddoo out of there because it is not worth it just for some easy fap material.
Posted 2 months ago Report
Link Quote Reply

Zipp Dripp!
@Mr.Myoozik
What I’m saying G5 is actually doing the some of the things the early fandom wanted G4 to do.
Posted 2 months ago Report
Link Quote Reply

Music Connoisseur
@DerpyFast
Fair point, I just go with the flow instead of having absurdly high expectations. I did it with G4 and I enjoyed it and I’m gonna do the same with this one and not worry about comparing and contrasting on which one is better.
Posted 2 months ago Report
Link Quote Reply 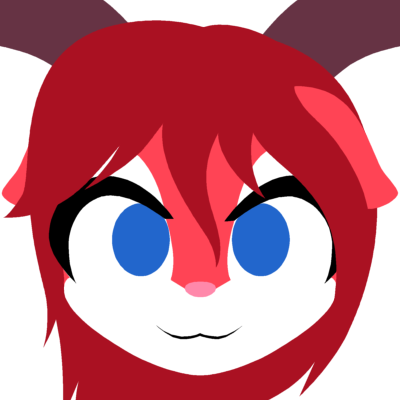 aka Summersong
@DerpyFast
I really don’t think that it is. It just has a small cast of supporting characters, introduced as they become relevant. In addition, many supporting characters are once again reuses of previous ones such as Posey.
G5 still has a completely lousy cardboard-cutout worldbuild like G4 did.
Posted 2 months ago Report
Link Quote Reply

Megalobronia
Nintendo Nerd
Sometimes I feel like people have too high expectations for this franchise. (This could also be said for many others)
Posted 1 months ago Report
Link Quote Reply

Smiling Panzerfuchs 2.0
Sometimes I feel like people are just to … To understand that G5 does not meet the same requirements nor the same conditions as G5. Neither in the way it is produced, nor in the way it is published.
All I hear is, hey, it would have been better to make G5 completely new!
Well, I don’t disagree with those voices in the fandom. But the way things are (and I really like that G5 is literally a sequel to G4) can we focus on the fact that we are nowhere near the same place G4 started back in the day? Thanks ;-)
Junge, this whining is getting on my nerves.
Posted 1 months ago Report
Link Quote Reply
Background Pony #F3E6
@Megalobronia
@DarkObsidian
Agreed on both.