If the leaks from the game code are true
Basically Discord went full Wanda after Fluttershy’s death, and is looking for a way to bring her back.

Broken Ball of 💽TM21
@Background Pony #0737
That it implies he can’t easily, it’s a little weird to introduce such limitations now. But maybe it has to do with the whole, ‘no magic’.
Posted 3 months ago Report
Link Quote Reply

Pubilq Phirm
There’s a big ol’ multiple-user meltdown in the comments of >>2879250 that’s like if someone took this thread and then removed all traces of critical thinking.
@Kiryu-Chan @Dustcan
Yet another missed FiM opportunity caused by the insistence at keeping Twilight & friends as the only protagonists.
@Hollowfox The Worst
@Background Pony #3456
That wouldn’t make any sense to include in the list: “everything after S9 sucks because the show is over”. That’s not really a jumping-off point anymore.
Posted 3 months ago Report
Link Quote Reply

Est. Late 2010s
@PUBLIQclopAccountant
If it was never everyone who disliked everything after Season 4, why did you say this?:

@Hollowfox The Worst
G4 had over 200 episodes, of course you’ve found no one who unironically likes each and every single one.

I'll do it myself
@Background Pony #0737
Sigh
Of course they would.

>We could have had episodes that gave Zecora, Cheerilee, Shining Armor or Cadance more development
>Instead, we got Starlight Glimmer and the Student Six
Why did the writers keep adding new characters instead of developing the ones they had?

I don’t know, I like the new characters, but it would’ve been great if the preexisting ones also got developed but oh well
Posted 3 months ago Report
Link Quote Reply

There’s a big ol’ multiple-user meltdown in the comments of >>2879250 that’s like if someone took this thread and then removed all traces of critical thinking.

I commented there being my usual funny, snarky self, I just never thought it would devolve into that mess. Thank God I unsubscribed cause that got way too serious for an obvious joke post
Posted 3 months ago Report
Link Quote Reply

Latecomer
@PUBLIQclopAccountant
Did someone lock the comments? I wanted to reply to someone in there, but it didn’t seem to work…
Anyway, put me down for “no original lead should have ceased to be one, and anyone who says they couldn’t have been written well to the last is making excuses for their own lack of imagination”. Now does that mean I’m against new characters? Of course not! But they can get their own spinoff or they can share, like the CMC always did.
Posted 3 months ago Report
Link Quote Reply
Background Pony #23C0
@Myoozik
I disagree, they show a fascinating insight into how the show was being run, the plans that were abandoned, and the direction things could have gone. Plus they sometimes help explain certain oddities in the show’s writing.
Posted 3 months ago Report
Link Quote Reply

Music Connoisseur
@Background Pony #23C0
I get that, but to me, the ones who take it seriously irritates me, especially the ones who puts a negative spin to it. That and the fact that they weren’t supposed to be shown to the public, hence the term “leaks”
Posted 3 months ago Report
Edited 3 months ago
Link Quote Reply

I'll do it myself
@Myoozik
Those images were just bait.
Nowadays you can bait anyone with anything.

Music Connoisseur
@Twi Clown
Considering that it’s an image from like 10 years ago that got reposted, don’t know if that would count as bait
Posted 3 months ago Report
Link Quote Reply

Latecomer
@Background Pony #0737
I do think there were satisfying ways for her to choose a different path to the Wonderbolts. (No, they wouldn’t have pleased everyone, but neither did how things turned out.) Now, as for if those paths would have been preferable, I don’t have a strong opinion.
Posted 3 months ago Report
Link Quote Reply

Dahlia a cute
@Background Pony #895B

Probably because once you add the details that turn a stock character into rounded character, you’re basically stuck with those details. If it wasn’t broke, they saw no reason to fix it. I would imagine that as more time went on, new writers were less eager to tamper with the “Faust Era Stuff”.

You can blame the writer of “The Crystal Empire” for that one. That would have been the time to flesh them out more, but most of the stuff in that episode is woefully underdeveloped.
@PUBLIQclopAccountant

after the M6 had largely achieved their series-long goals

I really need to do a huge writeup on the structure of Season One. To make a long story short, Twilight has her arc in the pilot, where she learns the value of friendship. Beyond that, The Mane Six learn lessons, but they don’t fundamentally change as characters over the course of Season One. Instead, the audience’s perception of them changes as we gain a more nuanced understand of them. That way, they could have all accomplished their goals in “Best Night Ever”, and we the audience would have gone
“Well of course they accomplished their goals. These ponies are awesome.”
But that didn’t happen. When The Mane Six finally accomplished their goals, it wasn’t the culmination of anything. It just arbitrarily happened one day. I think it’s fair to say that G4 needed a new narrative throughline after Return of Harmony, regardless of what direction fans wanted the show to go.
Posted 3 months ago Report
Link Quote Reply
Background Pony #895B
I genuinely don’t understand the appeal of Rainbow Dash.
>Massive ego
>Tried to sell Fluttershy
>Dumb as a rock
>Destroyed a weather factory because she didn’t want her pet tortoise to hibernate

Latecomer
@Background Pony #895B
All of the Manes have caused disasters at one point or another. RD is cool and sporty and masculine. Some people like that.
(That said, she’s likely my least favourite.)
Posted 3 months ago Report
Link Quote Reply
Background Pony #F839
@Latecomer
I think it’s also because she’s (for some strange reason) very shippable.
Posted 3 months ago Report
Link Quote Reply

Pubilq Phirm
@Hollowfox The Worst
Now I’m just confused. How are “it is statistically unlikely that there exists a single person who enjoys every single episode after S4” and “everyone hated everything after S4” remotely similar statements?
By way of illustration, it’s possible for the consensus on the first two seasons to be that they were loved by everyone but committed contrarians and that there were individual episodes within those two seasons that are either boring or “yeah, that kind of sucked”. That doesn’t make the first two seasons any less loved as a whole. 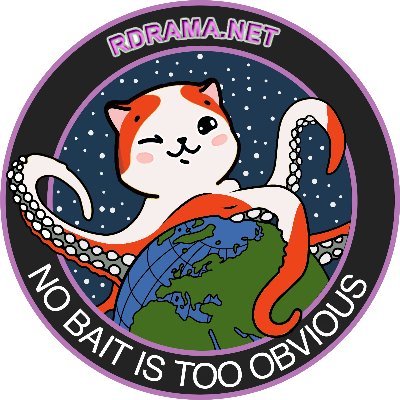 @Latecomer@Latecomer
If the writers had known that nine would be the number of seasons by the middle of S5, much of the later-season problems with series-wide pacing could have been avoided. Those were mostly from the M6 achieving what other shows would use as their “lived happily ever after” moment with two or three seasons remaining. IMO, if they wanted to transition the M6 out of the spotlight in favor of a new crop of protagonists, Dashie & Rarity were the two obvious ponies to offboard. Rainbow Dash is now a full-time Wonderbolt and no longer lives near Ponyville as her primary residence and Rarity is incessantly off on business. Actually, they wouldn’t even need to be booted from the protagonists’ club: FiM could’ve followed them in their new locations and dealt with the issue of reconnecting with old friends who moved away for career reasons as an ongoing topic instead of cramming that lesson into the series finale.
@DerpyFast

once you add the details that turn a stock character into rounded character, you’re basically stuck with those details

Or you have fans making inane fanon from sight gags and insisting they were more than a quick visual joke.

I really need to do a huge writeup on the structure of Season One.

They don’t fundamentally change as characters during the first season

IIRC, one of the goals of the original three seasons was for TV syndication. It’s why S3 is short: 26+26+13=65, which is the magical TV number. That’s 13 weeks of 5 days/week episodes that can (mostly) be shown in any order and repeated four times each year.
I do agree that such an arrangement is unsustainable. Perhaps they could’ve gotten a second season out of it, but the show did need some form of lasting continuity. It’s not a sitcom where resetting any and all changes between episodes is the expected genre convention.
Posted 3 months ago Report
Edited 3 months ago because: shrink embedded image
Link Quote Reply

Latecomer
@PUBLIQclopAccountant
I’m actually kind of in favour of not holding off those sorts of things to the end? The execution could have been better, but “so you got your dream - what next?” seems preferable to me to “happily ever after” or using it to write them out.
Posted 3 months ago Report
Link Quote Reply

Pubilq Phirm
@Latecomer
I’m in $💯% agreement with you on this one. Much of the criticism of S9E26 can be boiled down to a root cause of the show being given “they lived happily ever after. THE END, seriously it’s over so watch something else already” ending instead of a more open-ended “the adventure continued” ending. It’s the difference between “their stories have ended, there is nothing more to say” and the camera crew simply leaving Equestria because their budget ran out.
Further, “so you got your dream - what next?” would’ve made for a great theme for the final few seasons if they didn’t have the restriction of keeping everypony in Ponyville for the entire run of the series. Dashie is with the Wonderbolts full-time, AJ & Rarity both technically still live in Ponyville, but they’re frequently on the road with business trips. Twilight splits her time between Ponyville, the Crystal Empire, & Canterlot when coordinating with the other Princesses. Fluttershy & Pinkie are happy lifelong Ponyville townies.
Posted 3 months ago Report
Link Quote Reply

Latecomer
@PUBLIQclopAccountant
Now, I approve of it for the finale! But I think having them reach their “goal lines” well before was probably better than the alternative.
And I don’t think them living together in Ponyville was an insuperable barrier to applying such themes well.
Posted 3 months ago Report
Link Quote Reply
Interested in advertising on Derpibooru? Click here for information!