Send massage
@DoctorWTF
The population of Equestria is whatever the writing needs them to be. Kind and understanding one day, naive, easy to anger, and prone to panic the next…I will say tho, yelling at the heroes who saved your flank a dozen times “you better fix this!” is not a classy move. Like, I get it you’re stressed, but c’mon, lady.
Posted 2 months ago Report
Link Quote Reply

World's Okayest User
@Dustcan
But that makes even less sense given most of Crystal Prep’s class consists a lot existing characters, I don’t see why LD needed to be singled out. And honestly given how LD was handled in the show despite fans constantly begging to bring her back, it just comes across as more LD blue balling
Posted 2 months ago Report
Link Quote Reply 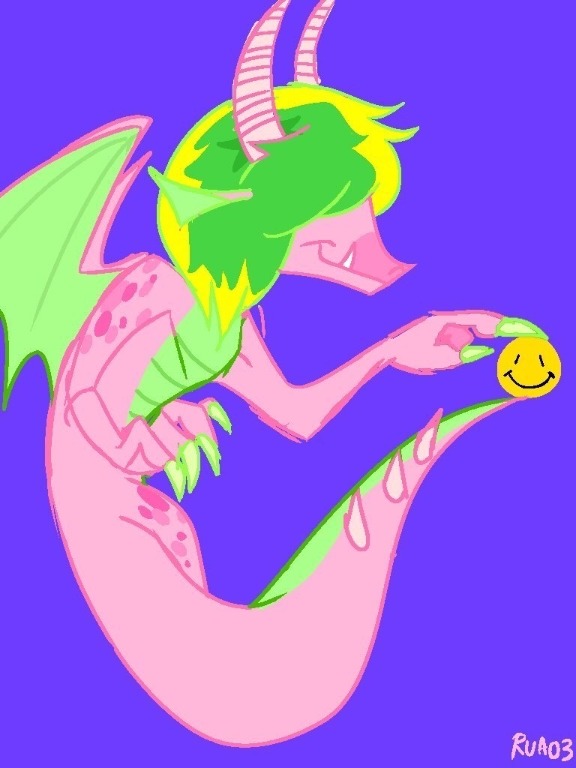 FrootiDragon
Candlelight Dragonfruit
I hate Luna and Rainbow Dash.
(Edit)
I also wish we knew what lies beyond Equestria. Every location we’ve explored was in Equestria, not really beyond it. Isn’t Equestria the pony equivalent of a continent? Dragon Lands are in Equestria, but they’re populated by dragons, not ponies. The lands beyond Equestria are labeled as “Into the Unknown” on the official map of Equestria.
Posted 2 months ago Report
Edited 2 months ago
Link Quote Reply

Latecomer
@FrootiDragon
The movie lands are beyond Equestria, at least. And Yakyakistan and the Changeling hive, I think.
Posted 2 months ago Report
Link Quote Reply

Send massage
@Latecomer
Yeah both Kludgetown and Mount Aris/Seaquestria are. And Griffostone. Equestria is more of a country than a landmass from what we understand.
Posted 2 months ago Report
Edited 2 months ago
Link Quote Reply

Music Connoisseur
@FrootiDragon
I don’t know, I always thought Equestria exclusively meant all the towns and cities were ponies live, since “Equestria” is a play off of “Equestrian”, meaning horse. All the lands of the other species including Dragon Lands I assumed would be outside of Equestria.
Also, I don’t hate Luna, I merely find her overrated
Posted 2 months ago Report
Link Quote Reply

Hollow and Cold
@Phoenixflambe
Which I do not personally recommend.
Posted 2 months ago Report
Link Quote Reply
Background Pony #C87A
Magical Mystery Cure was a fun episode
Sprout is okay, but not amazing
Drawing suggestive, questionable and explicit art of canon characters is disgusting. Especially if they’re underaged; that should be illegal!
Jazz doesn’t really deserve the all love she gets. She’s likely only popular due to her ears
Posted 1 months ago Report
Edited 1 months ago
Link Quote Reply

Zipp FTW
@FrootiDragon
@Latecomer
I think the Crystal Empire and Peaks Of Peril are, too?
Posted 1 months ago Report
Link Quote Reply

Send massage
@The Crystal Artist
Yup, AJ even says to the Kirin “we’re both from Equestria!”, so they are outside of it for sure.
Twilight’s verse in the Crystal Empire History song is about a “Crystal Kingdom anthem” so it appears to be an allied kingdom. It is now ruled by Equestrian royals, so who knows. But on other hand, having anthems appears to be a city/town thing, too - Cloudsdale has an anthem and they are part of Equestria for sure, despite floating above it. And Spike mentions the Ponyville anthem.
There was that time where Flam said “we don’t care if the whole kingdom of Canterlot helps out!” even though that is what we consider the capitol of Equestria, not a separate kingdom. But that was season 2 so perhaps the hard lore was still a bit wonky. Or maybe every town and city is considered its own kingdom (Ponyville DOES have a massive tree castle on its outskirts since the s4 finale), hence the anthems. Maybe it’s that they’re all under the Equestrian umbrellla, ruled by Celestia? Honestly your guess is as good as mine.
Posted 1 months ago Report
Edited 1 months ago
Link Quote Reply

Latecomer
@Tiger beetle
I have them as a bunch of once-independent pony realms that Equestria sort of ate up over time. Maretonia is the lone holdout (even if more than name than practice), while the Crystal Empire is a relic of the days when there were more of them, but is quickly being absorbed itself.
Posted 1 months ago Report
Link Quote Reply

Senior Moderator
Humata, Hukhta, Hvarshta
@Tiger beetle
It could be like early modern Spain - a whole bunch of kingdoms that exist in name and have their own laws but are all under a overarching “crown”: 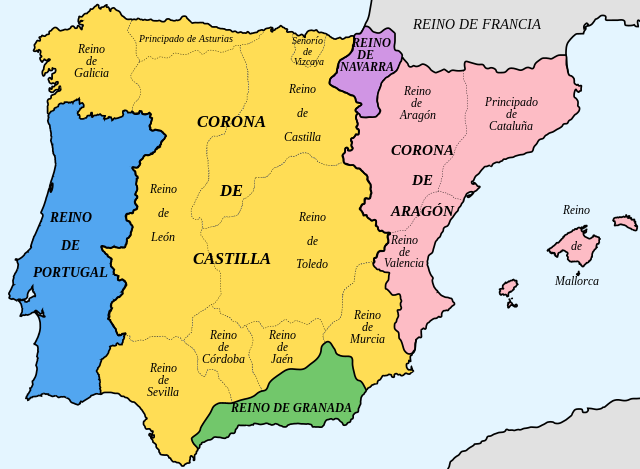 Send massage
@Mildgyth
Makes sense.
As for another opinion - I really think Starswirl should’ve been the only ancient figure to come back. Like the Pillars are cool and all, but you can feel the writers not knowing what to do with all these new guys, especially after another six guys and gals gets introduced through the school.
I think the biggest evidence is Tirek vs. The Pillars - it is really sad how quickly these guys go down. Like the writing staff was like “hhhh, we need to get them out of the story now, let’s just have Tirek win 6 on 1”. If it were just a single character going up against Tirek they would AT LEAST put up a decent fight, I feel like. They got nerfed worse than Princesses.
Which brings me to another point - I like the epilogue, but I’d rather have the finale as a three-parter. Have a huge battle rather than just a scene, and then you can end on the big rainbow laser after everything else fails to stop the Legion of Doom. The three parter format might also allow the Pillars to at least make an effort to protect Canterlot.
Also, on a pettier note, the fact that Mistmane’s flowing hair is never explained bothers me immensely.
Posted 1 months ago Report
Edited 1 months ago
Link Quote Reply

Send massage
@Mr.Myoozik
Okay, but that’s the thing, tho. If your hair flows you’re either an alicorn or a creature of shadows like Pony of Shadows or Sombra.
Mistmane is neither, and it kinda makes the flowing hair less special.

Senior Moderator
Humata, Hukhta, Hvarshta
@Mr.Myoozik
That was, like, 1600 - Gibraltar hadn’t been taken by England yet, and the Westphalian notion of sovereignity hadn’t been established either, so Andorra was a principality that happened to have two joint suzerains (the Bishop of Urgell and the King of France), not a nation the way we acknowledge it.
Posted 1 months ago Report
Link Quote Reply

Music Connoisseur
@Mildgyth
I know all that, I know my history, I’m just joking around. Gibraltar wouldn’t be taken by Britain until during the War Of The Spanish Succession for example.
Posted 1 months ago Report
Link Quote Reply

Latecomer
@Tiger beetle
I don’t think there was any requirement to do anything much with the Pillars, though. Everything we got with them was an extra. (And their role in the finale was perhaps a bit too large, IMO.)
And many seasons before 9, I was already resolved that the last episode should NOT be a villain battle, but focused on the Mane 6 and their lives.
Posted 1 months ago Report
Link Quote Reply

Send massage
@Latecomer
Well, no, because after you introduce you gotta DO something with ‘em as they are precursors to the Mane 6. Writing them out is not the solution, limiting their screentime would’ve made it worse (Doesn’t help this group includes someone foreshadowed since season 2)
Look at Cadance and Shining - Twilight leaves the pair to guard Flurry, even though those two fighting Chrysalis would’ve been fascinating. Shining is doing what a guard can do, while his sister is risking her life. Starlight at least had a go at tussling with Chrysalis, though ofc, she mostly just used teleportation and blasting. Just missed potential all around to rehash plot points from previous finales, because they got too many powerful magic users that need to be nerfed or written out. It was a problem with the Princesses, it was a massive problem with Mr. I Can Do Anything Discord, and the Pillars got the same treatment.
IMO Tirek is not nearly powerful enough to have wasted them so easily. Twilight says “and they’re more powerful than ever” And the problem is…Chrysalis, and Cozy are….Tirek was literally a god at one point, the bell restored him to what appears to be his default.
And I never said last episode has to be a battle - it can be second to last. And allies showing up and fighting for Equestria would only strengthen the message rather than the “Mane 6 are always the solution, and we’d be screwed without them”, heck, it can even be the thing that powers Twilight’s rainbow laser.
And it is not like the epilogue was even set entirely in the future, so a scene or two of exposition and the closing song montage would’ve more than enough to show where are they now.
The finale disappoints, not because there isn’t things I like - but because it is the finale and they played it PAINFULLY safe.
Posted 1 months ago Report
Edited 1 months ago
Link Quote Reply

Pomegranates :P
This fandom is now an uncultured husk of what it used to be. Frozen in 2019.
Posted 1 months ago Report
Link Quote Reply

Equine Ear Enthusiast
@ЅℰℒᎯℙℋℐℰℒ
How so? I agree that the fandom has fallen far from its height, but I don’t see how we’re stuck in 2019.
Posted 1 months ago Report
Link Quote Reply