Pony Discussion » Why does this website hate Cozy Glow so much? Search Posts
Started by Charade
Posted about a year ago
448 replies
Subscribe 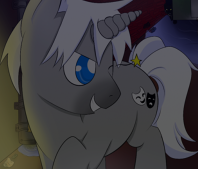 I mean I get that she was a villain. But she was just as much a villain as any other villain but as far as I can tell no one else gets as much hate. The ‘Abuse’ tags for the other two ‘Legion of doom’ members have far less images and Tirek’s has less then 100, despite having arguably done the MOST irreparable (At least not instantly reparable) damage. He flattened buildings and incinerated wide swafts of land and forest, killing who knows HOW many, and leaving more homeless. Yet his ‘abuse’ tag has not even 50 images?

Now obviously people can draw whatever they want, I’m just confused as to why Cozy in particular is so hated. She really doesn’t stick out to me as a particularly egregious villain. Or am I missing the point? Is it something unrelated to her role as a final villain? What makes Cozy stand out from say Chancellor neighsay? Or Starlight Glimmer who caused years and years worth of suffering over and over and over again (Sure it was created and erased in an instant to us, the viewer, but in-universe thousands of ponies had horrible lives for however long the time skip was. Over and over.)

Now I do have a guess… Is it because Cozy’s method of villainy is more realistic and more relatable? Like… its easier to hate a villain that uses manipulation and false kindness than to hate one that uses fantastical powers or mind control and brain washing? Because manipulation and false kindness exist in the same capacity in the real world does that make people hate her more despite the more destructive and numerous evil actions of other villains?
Posted about a year ago Report
Edited about a year ago
Link Quote Reply
deactivatedfaafba

I hate Cozy Glow, and I never even knew that she’s the MLP villain with the most abuse tags on Derpibooru. I know that all she did was steal magic from Equestria, and you’re right about the other villains having nastier actions than her. Queen Chrysalis impersonated Cadence as a means to sneak into Canterlot, even uses her army to engulf an area (but she doesn’t have an army anymore, so that point is invalid), but her methods of impersonation to capture an area were very sinister. Lord Tirek did the same thing Cozy Glow did, but he sucked the living fuck out of ponies to steal magic, and even destroyed Twilight’s library and is just an all out destructive son of a bitch who is hungry for power. King Sombra however enslaved an empire and even traumatised me in the Season 9 Premiere with the ponies in Ponyville having green glowing eyes. However despite the other villains’ actions I don’t hate her more or less than I hate Tirek, Chrysalis and Sombra, I hate all those 4 equally. I don’t hate Starlight Glimmer and your point on her is invalid as she’s been reformed. But seeing as my hatred is equal on those other 4 I feel there should be more Tirek, Chrysalis and Sombra abuse pictures, that would make my day to equal it out with the amount of Cozy Glow abuse there is.
Posted about a year ago Report
Edited about a year ago
Link Quote Reply

I feel like part of it is a sadistic pleasure in torturing a small child, and Cozyglow, being ‘cute’ and small is a prime candidate for such dark fantacys the same way Sootaloo was. Only with Cozy there’s less outrage and push-back since she was indeed a villain.

I also don’t think the fact that Starlight was reformed invalidates the years of suffering she caused, both in the timelines and in the village she ruled. And if ‘reformed’ invalidates arguments then the reason to hate any villian is invalidated as its easy to see the only reason the last three weren’t is because the show ended. If there had been more seasons there is a 100% chance those three would start being reformed and some other villains would pop up.

Latecomer
@Charade
Isn’t it also because she’s cuter to draw? Tirek is kind of ugly - pictures of him being abused are pretty boring. Cozy abuse is funny because she’s small and cute, but also deserves it. Or something.
Posted about a year ago Report
Link Quote Reply
deactivatedfaafba

@Latecomer
I wouldn’t necessarily say that Cozy Glow is cute, but nasty and completely diabolical looking (That’s my opinion), same goes for Chrysalis and Tirek for me. And seeing as they’re characters from MLP that I hate, it’s fun to watch them being abused. And you’re right, about how she does deserve it.
Posted about a year ago Report
Link Quote Reply

Latecomer
@DarkyBoode32
There’s definitly a difference between her aesthetic and their’s, though, right?
Posted about a year ago Report
Link Quote Reply
deactivatedfaafba

@Latecomer
Of course, all three of them differ in aesthetics. But one similarity is that they’re all evil and nasty.
Posted about a year ago Report
Link Quote Reply
Background Pony #CB4D
@Charade
Always thought there was some underlying yet paradoxically overt sadistic and I’m sure in many cases sexualized pleasure derived from depicting a characters suffering through gruesome torture and alike at the hands of the artist or their audience, whether they admit or even understand it fully themselves is another question. The fact that in this case the subject happens to be a child is even more concerning/disturbing and probably why most who engage with this sort of obsessive hatred and punishment towards said character to the point of fetishizing it aren’t even aware or choose not to acknowledge how they are perceived by the rest of the community through shame or even once again they mightn’t even have a basic insight into their own behaviour or feelings stemming from what is most likely a lack of maturity or intelligence, like the boy who kills small animals but doesn’t understand why he does it or the feeling they get from it, then you have those who embrace their sadistic desires fully aware of the gratification it brings them and seek to enact this vicariously through art and fiction, in this case with Cozy Glow, lets just hope it stays in fiction and that they can get the help they need.
Posted about a year ago Report
Link Quote Reply

Latecomer
@Background Pony #CB4D
Well, that’s a pretty big wall of text.
Posted about a year ago Report
Link Quote Reply
Background Pony #CB4D
@Latecomer
No more than some of the other comments on this page.
Was on my phone and just typed it out in one go and didn’t really have time to clean it up, sorry.
But yeah definitely think untreated mental health issues plays a huge roll in this type of behaviour.

CORDZ2000
This fandom has a dark weird sense of humor, the abuse tag being full for her is haha so edgy a abused kid. Cozy is actually loved by plenty to the point where many seem to be willing to disregard any and all her villainy and portray her as a innocent victim
Posted about a year ago Report
Link Quote Reply

I don’t give two shits about Cozy as a villain. THe thing is her personality it self (“aww, I’m cute, except I’m evil”) gets incredibly annoying and just makes me hate her. Villains are supposed to do evil and nasty stuff, but Cozy’s personality is also incredibly offputting it really makes me want to punch her in the face.

That being said, like any abuse edits and shit, they get a bit too in the nose, repetitive and unnecesary, though I have filtered the abuse edits so whatever.

Posted about a year ago Report
Link Quote Reply
deactivatedfaafba

Cozy’s personality is also incredibly offputting it really makes me want to punch her in the face.

Count me in. I’d really love to see Cozy Glow getting punched in the face.
Posted about a year ago Report
Link Quote Reply

I haven’t finished the season 9 yet, but judging from what I saw in the last episode from season 8 that I saw a couple of days ago, I don’t necessarily hate Cozy Glow, but my main complain is that there’s nothing interesting about her. She’s boring.

I think she’s like that because someone in the animation or writing team really loved the very first minute of Undertale and decided to do something similar with a little pegasus and extended it with many episodes until she reveal her true self in the end of season 8. Nothing more. I think it was a misleading character development. I think it would be nice if some details weren’t that obvious and if she was actually angry and trying to get away with it. Whenever I think of an angry Cozy Glow, I think of Izma from The Emperor’s New Groove. I think it would be funny to see a very angry villain who’s physically weak. To me a good villain is either funny or menacing, and I think Cozy Glow should have been a funny villain.

Like I said: I don’t hate her, I just find her really boring, as boring as a Makoto Shinkai film.
Posted about a year ago Report
Link Quote Reply

Latecomer
@Ring Team
Well, that’s your opinion. But there are plenty of us who find her interesting. Sure, she may not have many explored depths in the show - but how may characters do? Especially villains? The fandom has always loved taking simple but evocative characters and fleshing them out.

CORDZ2000
@Twi Clown
Thats kinda a good thing if u hate her although i love to hate cozy as i hate her for being such a nasty piece of work but i love her for it because it makes her a good villain. I feel like if cozy wasn’t a kid she wouldn’t have the level of sympathizers she does.
Posted about a year ago Report
Link Quote Reply

@CORDZ2000
I finished watching Sparkle’s Seven. So I’m pretty far to finish it. But I really like The beginning of the End and Uprooted.

I’ve heard that this is one of the weakest seasons like season 8, but considering that I don’t think the TV show is very consistent (and because by the time I went this far to finish it I don’t care too much about their narrative problems), I think it’s being alright.

Posted about a year ago Report
Link Quote Reply
Interested in advertising on Derpibooru? Click here for information!